For Turning SEVEN at The K! 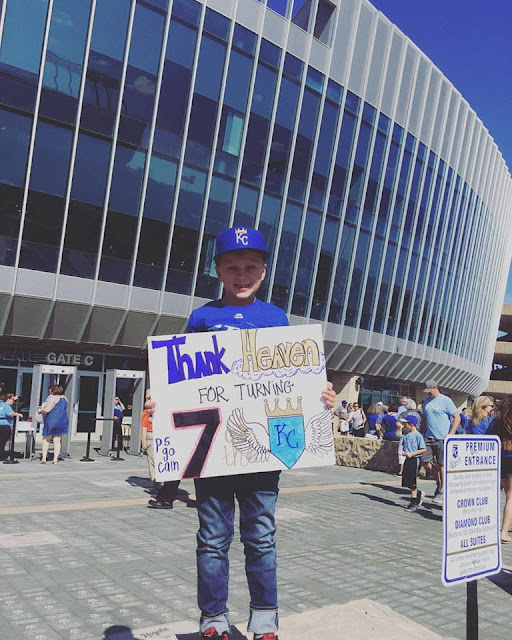 About a month ago I was given 4 tickets to an upcoming baseball game at The K. Just days after Kaden turned 7 so of course we would be celebrating his birthday while we were there. After-all, I had to miss his actual birthday since I had a meeting out of town and this would be a nice way to extend his celebrations.

It was also Salvy Bobble-head night which meant we had to get there nice and early. Thankfully we were sitting in Diamond Club so we had awesome parking and we were able to walk through the premium entrance which had enough bobbleheads to go around.

The K was also hosting Noah's Bandage Project so the boys made sure to drop off their colorful bandages in the bins as we entered the stadium. 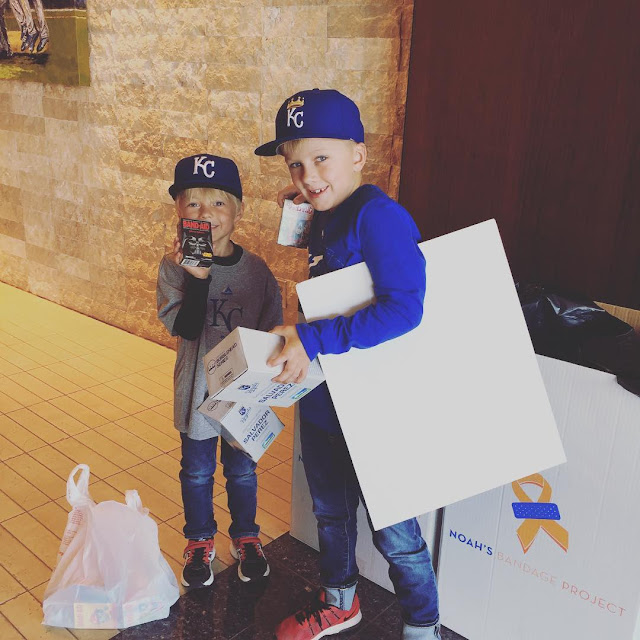 We quickly found our seats, took in a little batting practice and snapped a few pictures. 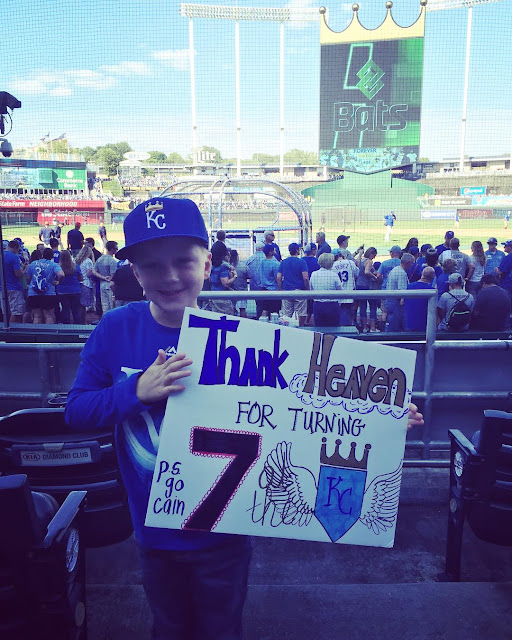 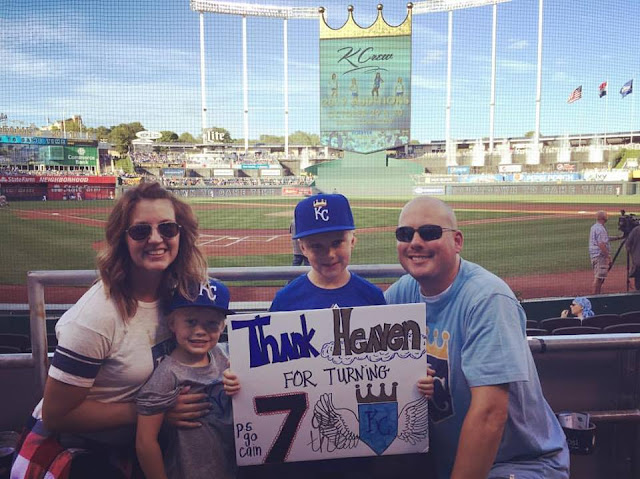 We had at least an hour and a half to kill so we headed to the Little K for some fun. It was packed but they made it through the line for the base run & for mini-golf. 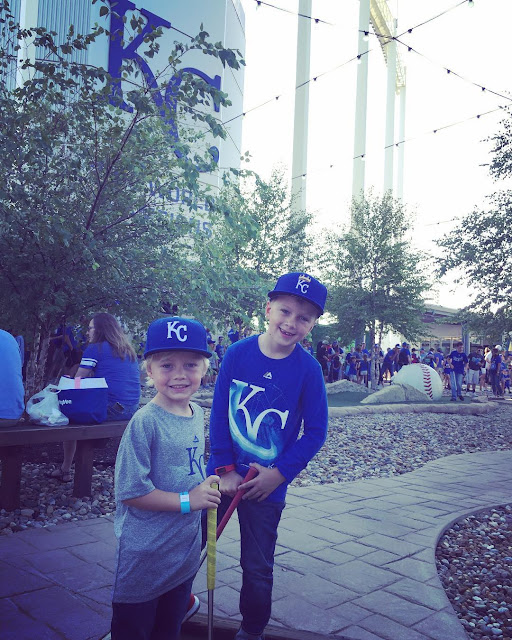 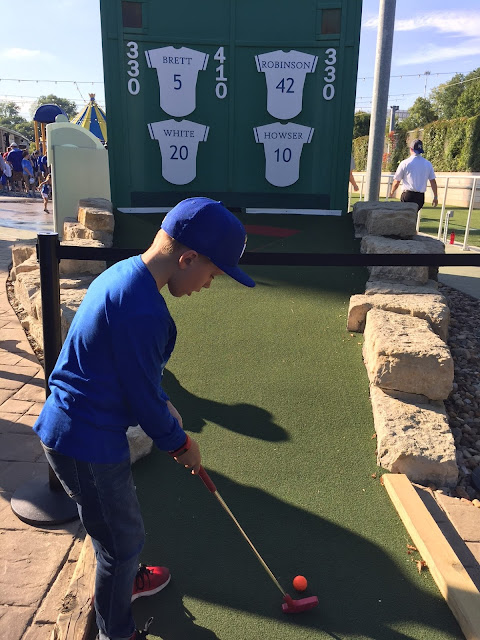 As we were waiting in line for the mini-golf, Justin jumped in line for pictures with bacon covered Sluggar bust, yup, it was also Bacon Day at the K. And not only did we get this sweet little GIF mailed to us but we got to guess how many strips of bacon it took to make Sluggar! I guessed 1314, Kaden came in with 1001 and Justin guessed around 400. Not sure what the number actually was but one of us was way off! 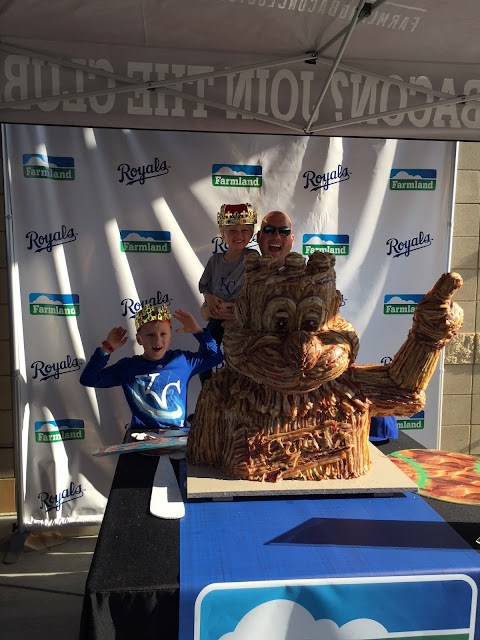 We made it back to our seats just in time for the National Anthem--one of our favorite parts of the game. The boys stood, took their hats off, placed their hands over their heart and sang the parts the knew--which was most of the song.

I had told them before we got to the game that at the third inning they could have a snack and to be thinking about what they wanted. They both ended up wanting cotton candy and while Kaden was a little more neat with his, Logan couldn't eat it fast enough and didn't care how sticky he got, or I got! 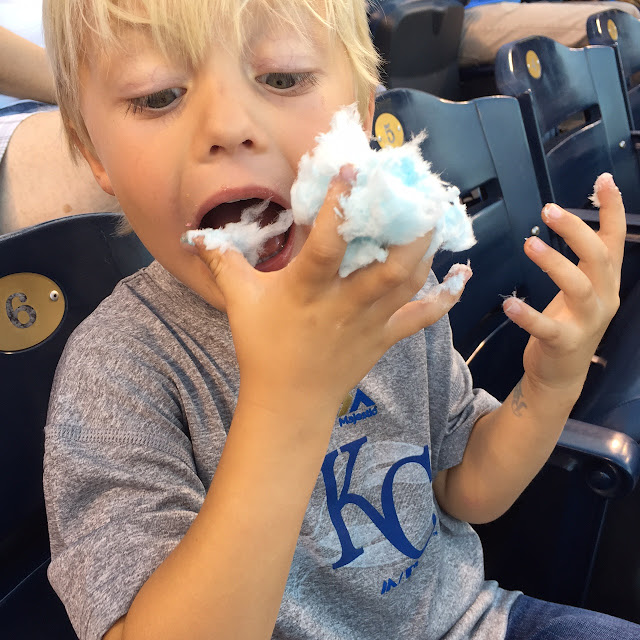 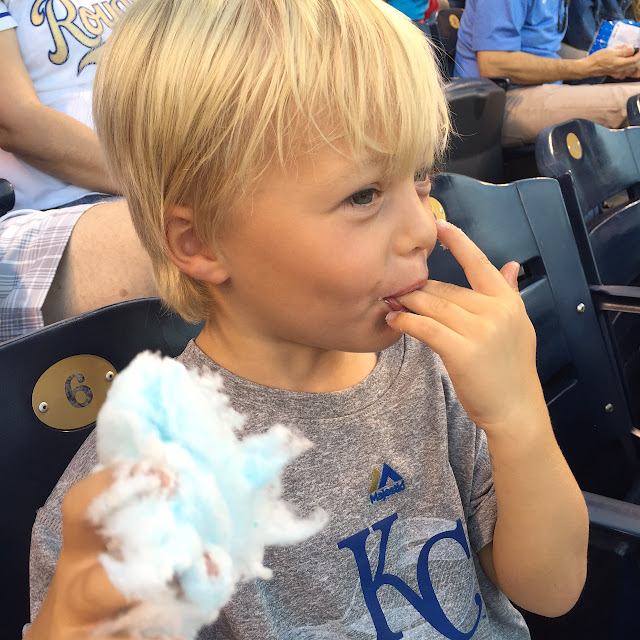 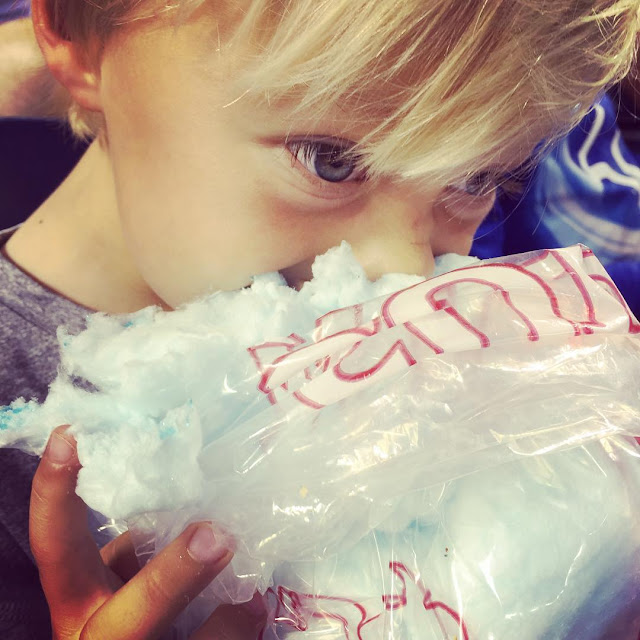 We may have left about the 8th inning and the boys in blue may not have played the best but we sure had a wonderful time celebrating our newly turned 7 year old.
Posted by Kayla South at 10:50 AM