There are so many things that I love about our boys' school. First and foremost, the teachers and faculty have just been amazing. Their communication has been top notch and they really make families feel as though you are part of the community from the start. Less than a month into the new school year and Spirit Week is happening and so is our first and ONLY fundraiser of the year. I despise fundraising. I hate asking for neighbors and family for money and thankfully, our school gets that. At the end of Spirit Week the kiddos do a walk-a-thon and the goal is for each kiddo to raise $50. You can raise it or just write a check, we just write checks and I am completely a-okay with that!

But before we get to the walk-a-thon the kids get to have a few other fun days.

Mustache Monday--compliments of Justin since I was traveling. 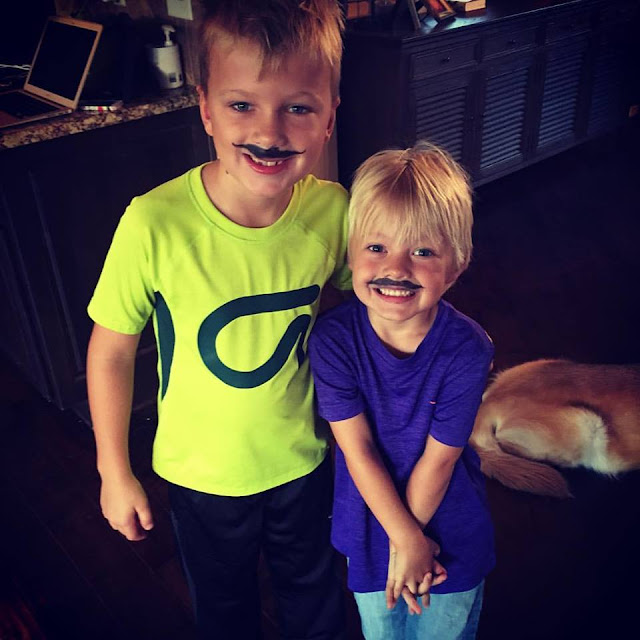 Tacky Tuesday did not get captured but I was told they looked pretty tacky!

Wacky Hair Wednesday--we had big plans for Wacky Hair Wednesday, even waiting to get the boys' hair cut until after but then it started to rain and I was worried the hair color would run & get all over their clothes so we went for plan b. 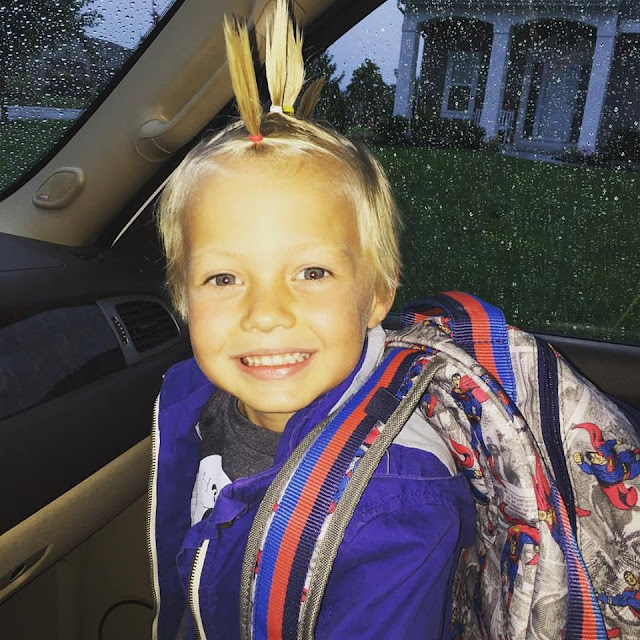 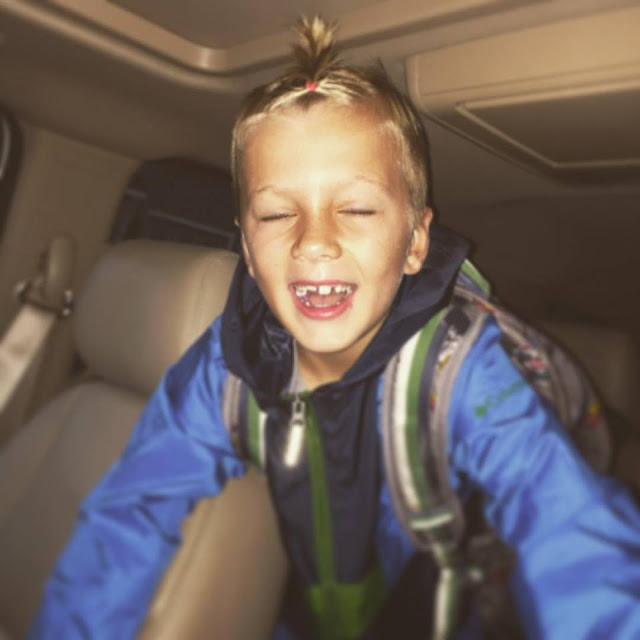 Throw on a Hat Thursday -- yup, another one I forgot to capture.

& finally, on Friday they had their walk-a-thon. First up was Logan and although it had rained most of the week they decided to try and have it outside. & his class would be the only ones that got to do it outside as it started to sprinkle a little and there were massive puddles all around the track. The kiddos didn't avoid them either, full speed ahead and SPLASH. 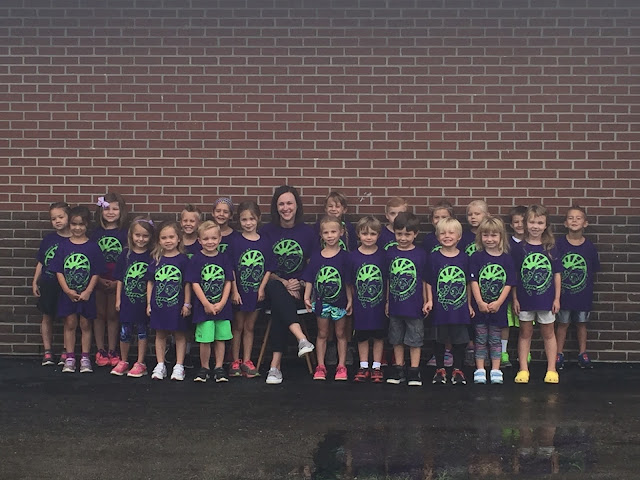 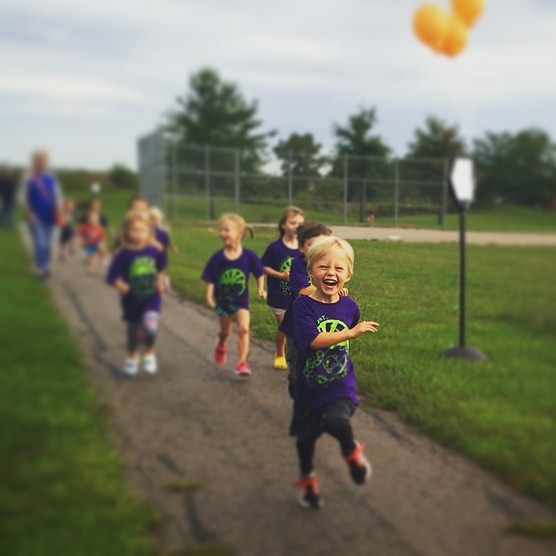 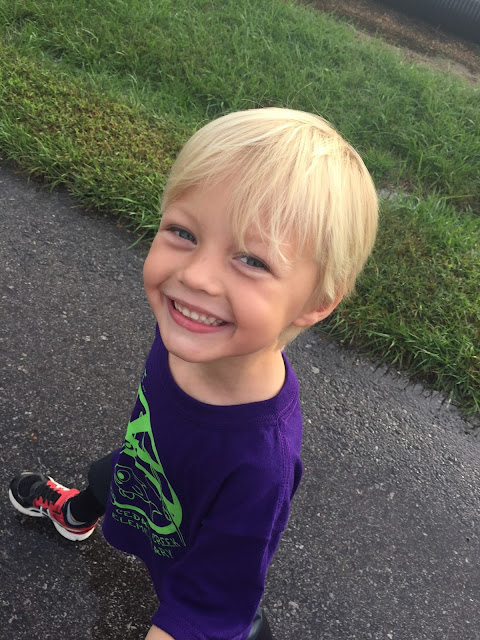 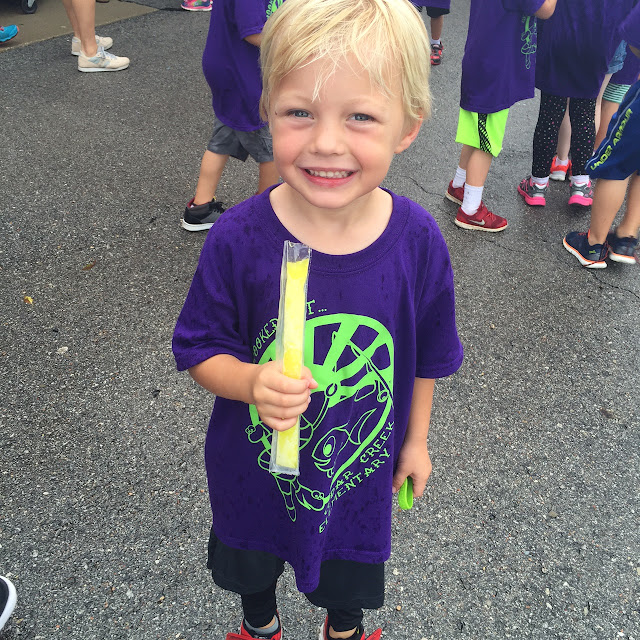 Kaden's class took to the halls about half an hour after Logan's but sadly, they weren't allowed to run as the littles did. They were stuck inside and had to keep it at a brisk walk, I mean, after all it was a walk-a-thon and they didn't seem to mind, they knew what awaited them after it was over. 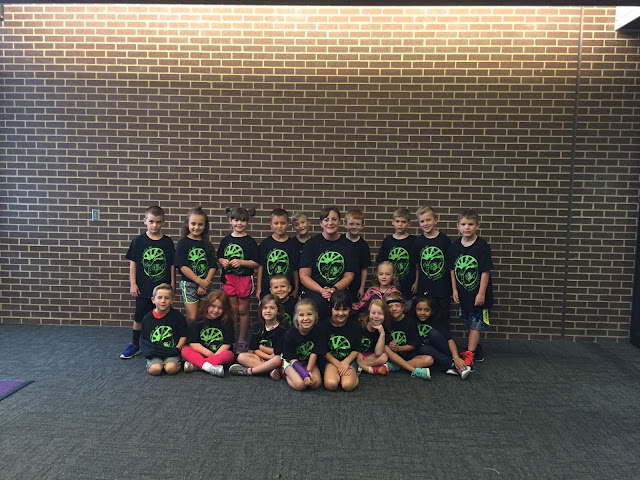 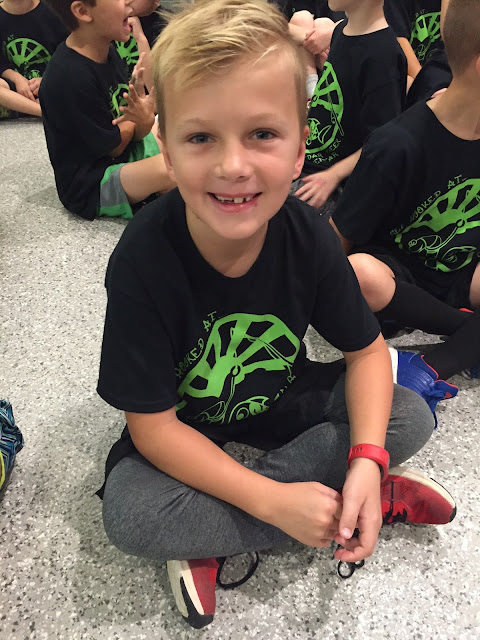 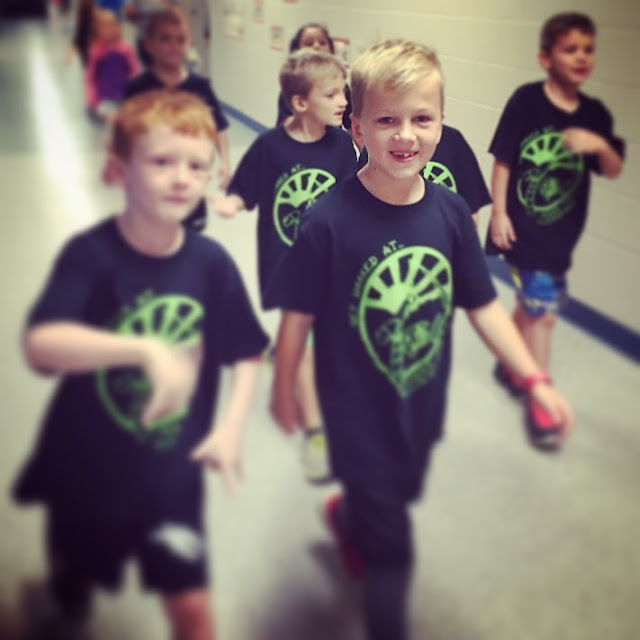 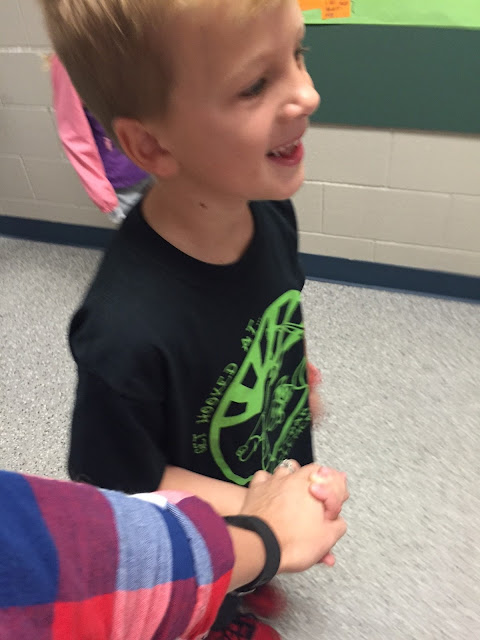 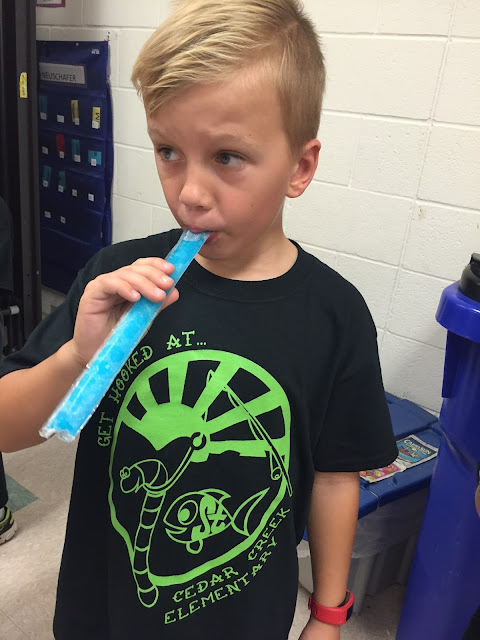 And what better way to cap off such a great week at school than sleeping with mom in her bed while dad was at his bar-b-que tournament. They were out almost as soon as their tiny little heads hit their pillows. Me on the other hand, had one pretty crappy night of sleep but I still wouldn't have changed it. I was right where I wanted to be. 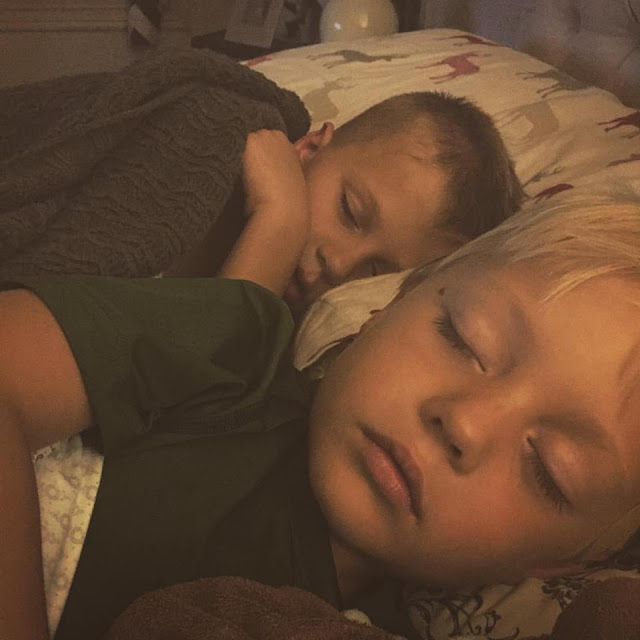