I'm not a big golf fan, I tend to be the one sleeping through most of the coverage and waking up at the end. Now don't get me wrong, I know about golf and I can certainly name more golfers than most girls can, maybe guys too. Let's see, there's Mickelson, Woods, Garcia, McIlroy, Johnston--both Dustin and Zach, Bubba, Spieth...

I rest my case.

Anyways, an opportunity came up through work which would take me to the 2016 Ryder Cup at Hazeltine. My husband was jealous and would have done anything to tag along with me but this wasn't one of those times so he stayed home with the kiddos.

We flew up to Minneapolis for meetings to be followed by dinner on Thursday afternoon & then departed for Hazeltine bright and early. That's only half true, it was early all right but not so much bright & it was freezing. Thankfully, my good friend Sarah, had helped me pick out some clothes to wear because I had no idea what was Ryder Cup appropriate...

Turns out, I could have worn anything...as long as it was RED, WHITE or BLUE. The outfits were amazing--Captain America was there, at least 50 of them, Uncle Sam, faces were painted--it was a great people watching event.

The one thing that stood out to me though, the security. It was so well done. As soon as we got off our corporate bus we went through metal detectors and once we got to the gates, all they had to do was scan our badges. Lines were so quick but safe. 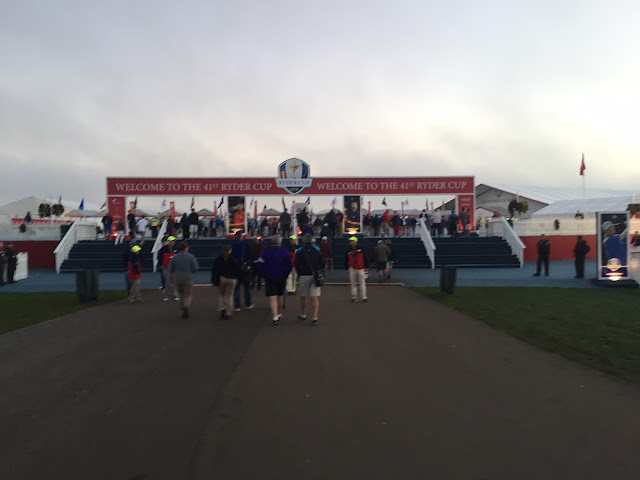 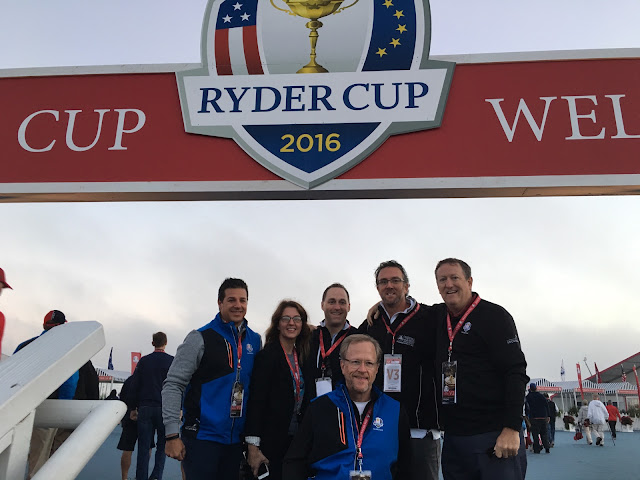 We had a few minutes to spare before the opening tee-time so we hit the merchandise tent. HOLY COW. It was like 2 football fields worth of Ryder Cup merchandise and of course I had to pick up a few things. A shirt for Justin--the Sunday shirt that Team USA wore, a hat for the boys--the Friday hats team USA wore and then a sweatshirt for me. & then we made it to the first hole. We decided to stop half way down the fairway since there was a hill and their second shots would be right in front of us. It was a good call. 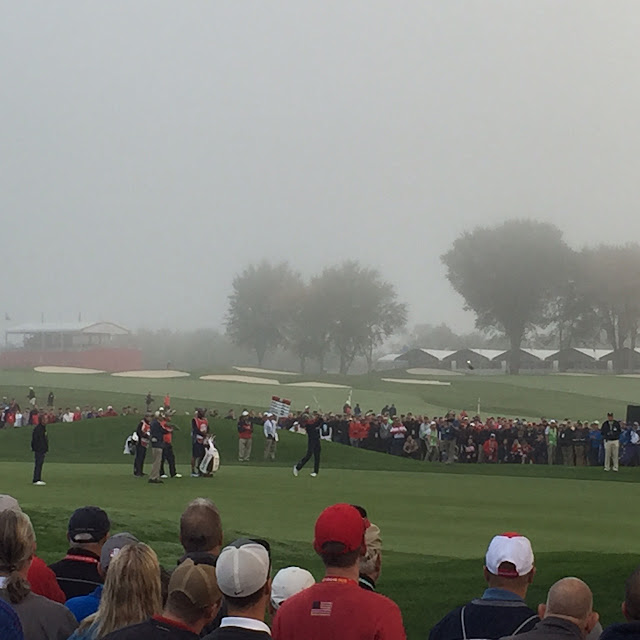 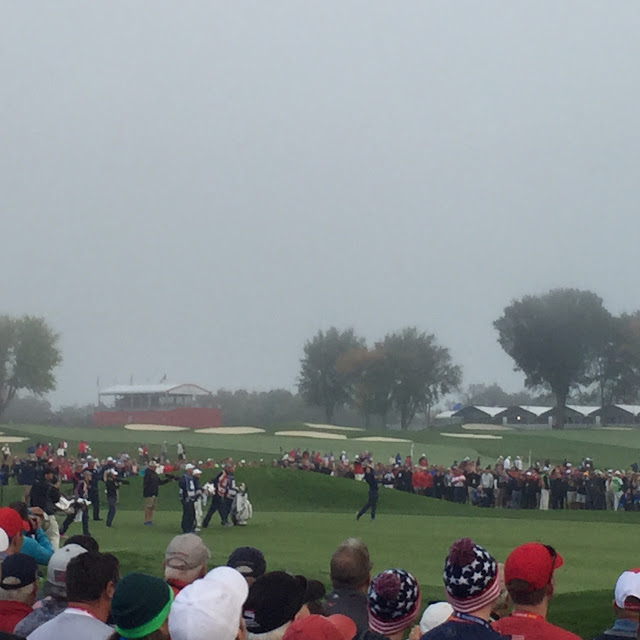 We watched each of the four morning groups tee off & then headed to the chalet which was overlooking the 7th hole--the signature hole for the Ryder Cup. What you don't see on TV, the muddy mess that we were all walking through and around, the bathrooms, and TV camera crews following each player. It was crazy.

As we made our way to 7, we came across the 5th tee and there were spots right there to watch a couple of them tee off-but pictures couldn't be taken of them teeing off so this is as good as I got. 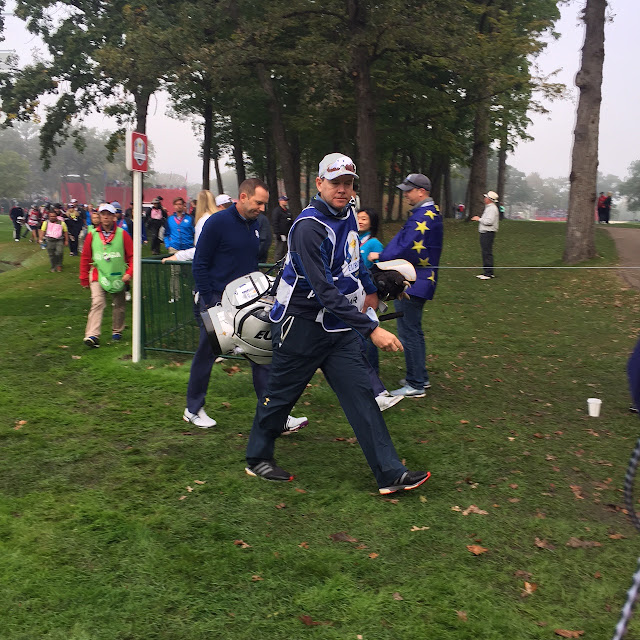 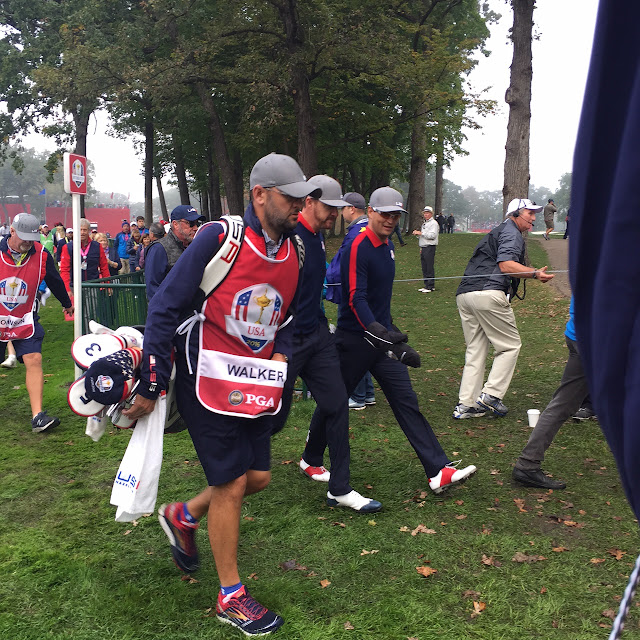 & then it was off to the chalet. We got some food and watched a few rounds from there and then headed off to what we thought was going to be the 13th but it was packed. So was the 14th and the 15th--we kept going. Now remember, there are only 4 groups on this particular morning & all 60k of us were fighting over a few holes.We finally got to the 16th and decided to park it about 100 yards out as there was a hill I could stand on and we could see the green pretty easily too. I got some of my favorite shots here... 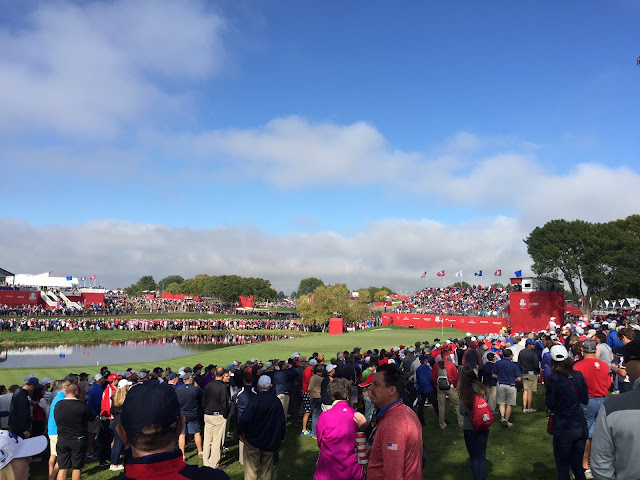 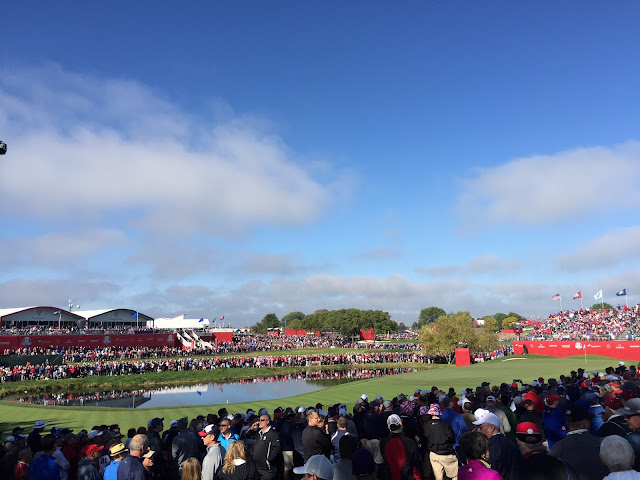 and then the players started to arrive. Dustin Johnson and his partner had already wrapped up their day on 14 with a win so we were down to just seeing three groups play---2 of which won their matches at 16!

After the 16th hole we headed back to the chalet for lunch and networking with colleagues. As the afternoon group began to tee off we were on our way back to the bus to catch our flight home. On the way, I snapped this of the 8th. 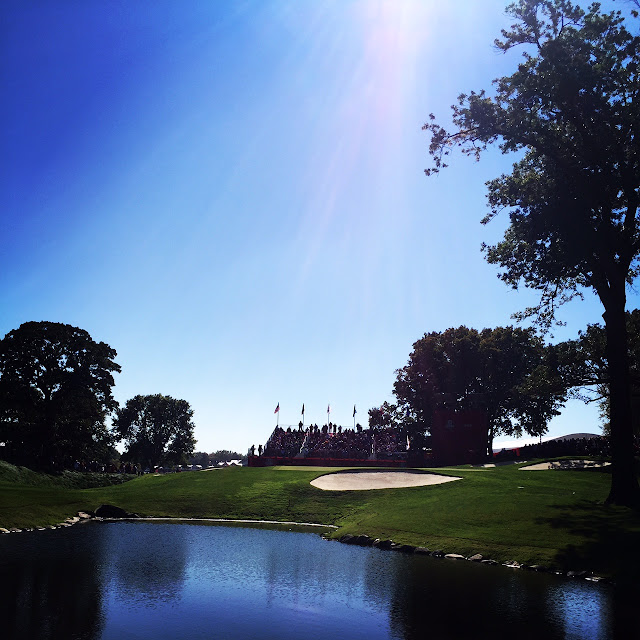 This might have been a once in a lifetime opportunity as it won't be here in the US for another 4 years--Koehler, Wisconsin actually--and I was pretty lucky to have gotten the invite. Sometimes traveling for work really does pay off but that doesn't change how great seeing KC was that afternoon. 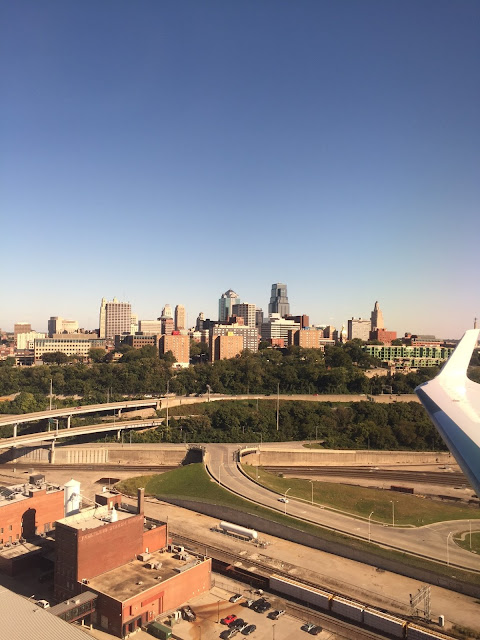