We are back at it, full swing ahead with fall ball. This time around we joined a different league, since both boys were in school and attending the same school, we decided to sign up with Olathe Parks and Rec so that they had a better chance of being on a team with someone they knew from their school.

Logan would be playing coach pitch this time around and Kaden would be stepping up to the next level as well, machine pitch. Although games weren't schedule to start until the end of August, they both had a couple of practices & during one of the weekends which we were gone, Kaden's team had a chance to hit off of the machine so they could get a feel for it. Sadly, we couldn't make it to that practice--we were enjoying our last weekend at the lake with cousins.

But we still wanted Kaden to see what it would be like, so Justin bought a helmet and we took him (and his little brother) to the batting cages. Justin and I both were a little worried when we saw how fast 35 mph was but neither kid seemed to care, they both got in there and gave it their all. & hit it more times than not and both Justin and I were pleasantly surprised. Then again, they are my kiddos. 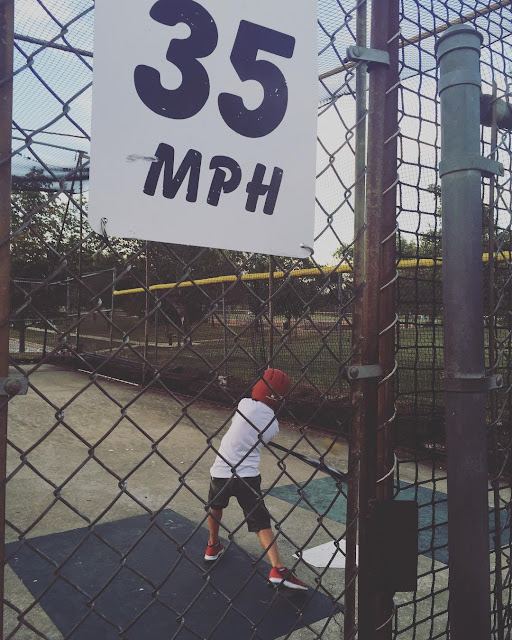 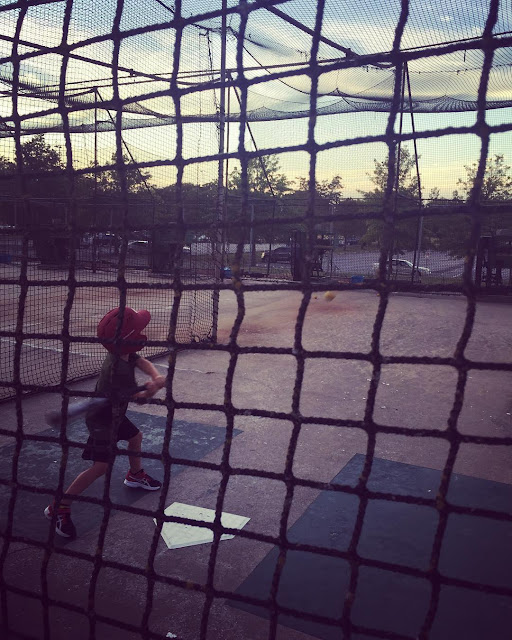 Now it was game time. I wasn't all that nervous for Logan because he's a go-with-the-flow kind of guy and he would have 5 or so attempts to hit from the coach and then would get to hit off the tee if needed. He would get to run to first and continue on around the bases whether he was out or not. They all batted. Each inning.

My worries were with Kaden. They got 5 pitches. That's it. If the fifth was a foul, sorry Charlie, you're out. Three outs and you switch. 7 runs and you switch. We are talking a real game you all and Kaden doesn't do so well with failure. It's something that we try to work on, I never let him win when he plays against me in anything so you'd think he would take it a little easier, but he doesn't.

What if he doesn't hit? Then what? As much as I wanted him to get a hit each time he was at bat, a very small part of me wanted him to miss. All. Five. Pitches. I figured it could be a good learning experience.

And he did. He went 2-2 that day. His streak continued and he's got a hit every time he has been up to bat but 2 of them were hit right to the first baseman and he stepped on first for the out. Which Kaden didn't like too much but hey, he should have pulled the pitch. Kidding. Wait, no, I'm not.

The other nice thing about this league, the coaches. I can't say enough great things about the coaches for these teams. Kaden's coach has everything organized so well & each kiddo has a chance to play a few different positions--both boys even got to catch. Pretty sure there isn't anything cuter than seeing a munchkin in catching gear. 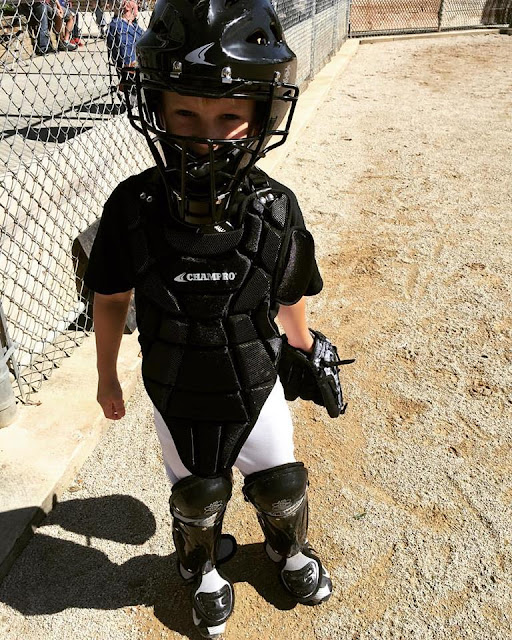 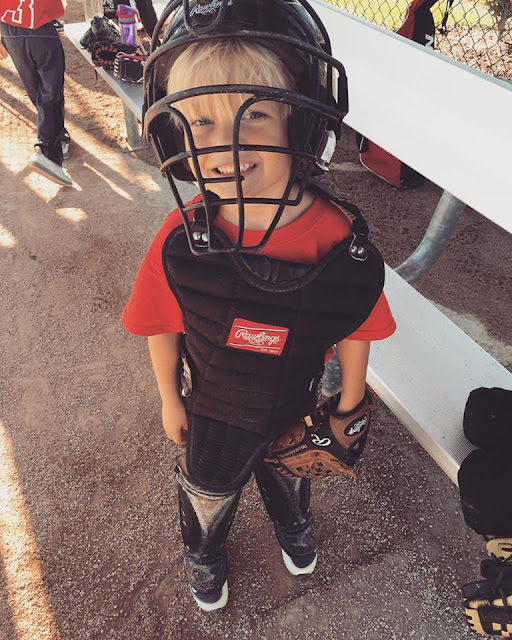 I think I could get use to being a baseball mom.
Posted by Kayla South at 9:11 AM