Get Out the Chalk

It's that time of the year again, school is just a few days away and it's time to capture a few pictures of the kids on our driveway. Last year I wrote out Pre-K and Kindergarten and did the same thing. This year we needed another Kindergarten since Logan and Kaden are back to back in grades, and a First Grade.

The sun was blocked by the sun and the weather was nice so I thought it would make for a perfect evening, plus rain was in the forecast for the coming week. Well, it was still a little bright, I should have waited a little longer but they were troopers (allowed me to capture with my phone and with my camera) and Kaden even had a solution to our squinting issue---sunglasses.

I won't lie, it was a little harder on me than what I expected but not in the way one might expect. I was having a harder time believing Kaden was in first grade than Logan in kindergarten. Sure, he's my baby but he is still so little and let's me carry him up to his room--because I still physically can but not Kaden. He is getting so big, every day he seems to grow taller & heavier and the days of me carrying him up the stairs are long gone. Down the hall, maybe if he is awake and on my back.

Hard to believe summer is over and these kids are off to school in a matter of days. I sure am proud of them though. 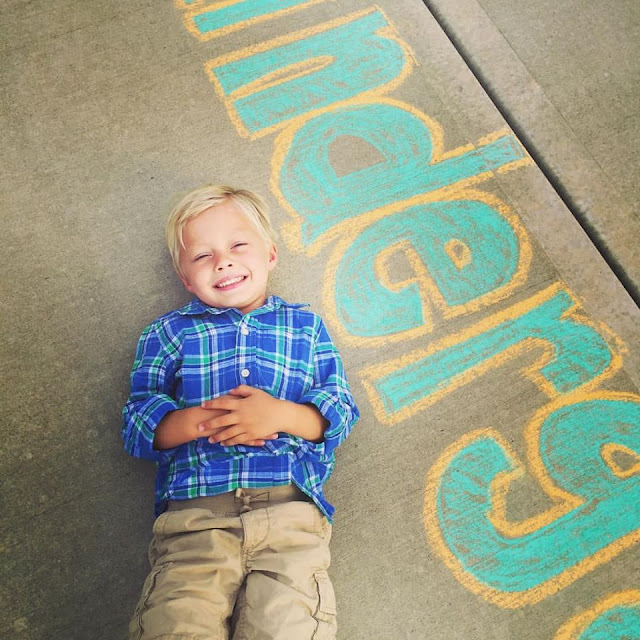 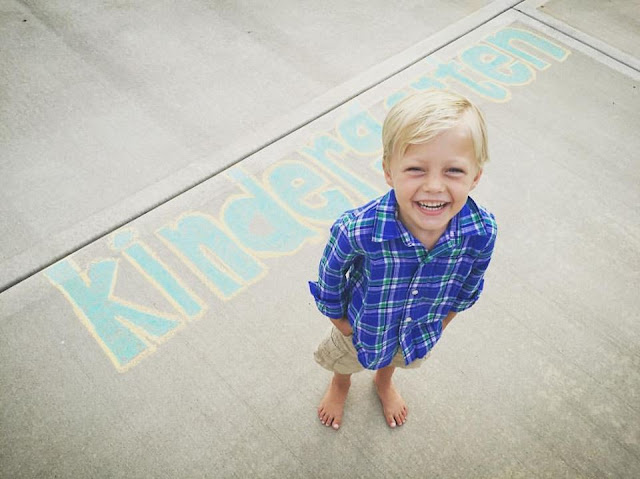 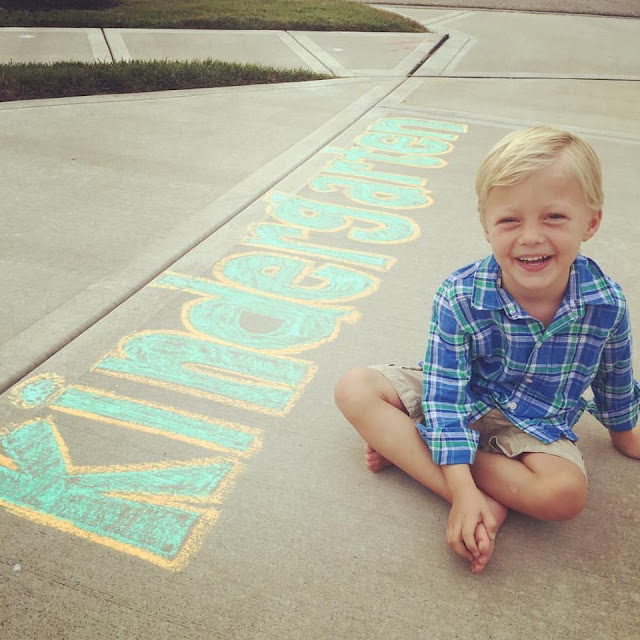 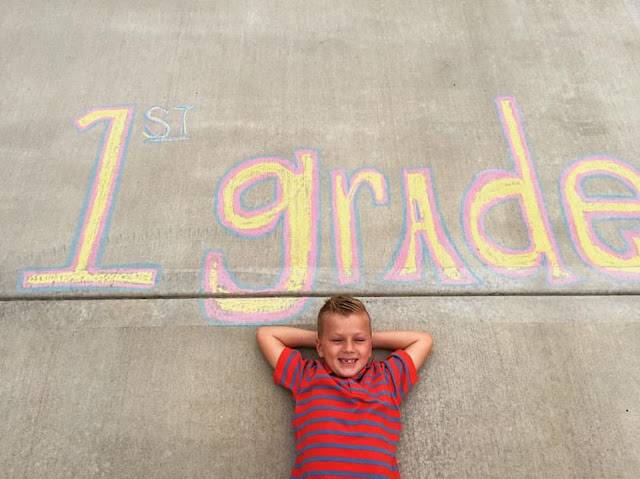 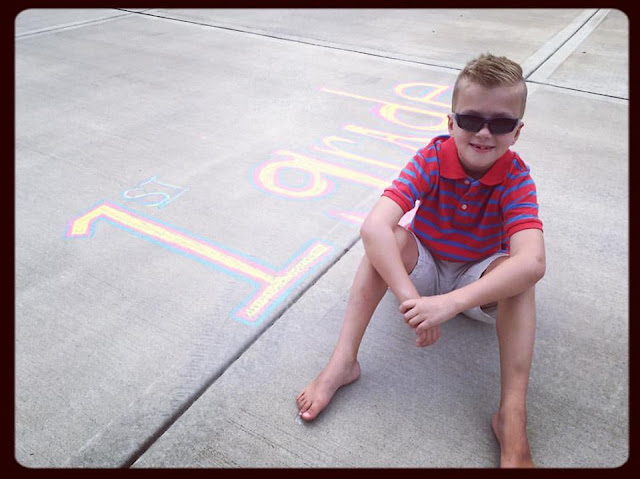 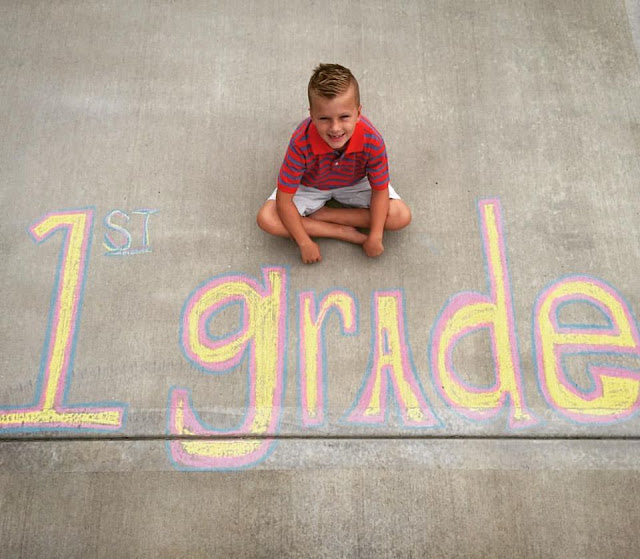