Final Trip of the Summer

I won't lie, I didn't want to go. Not one single bit. I kept telling Justin that it was going to rain the entire time and that it would just make more sense not to go---and he reluctantly agreed and then I felt bad, so I gave in and said let's do it. We could make the most of it.

My sister, Leah and Blake were joining us for the weekend but they weren't the only ones.  Stoli and Brodi got to make this trip as well. Brodi was a last minute decision because typically its too hot for him to go but not this past weekend, he was in doggy heaven. And Stoli, well, she knew exactly what she would be doing all weekend long. 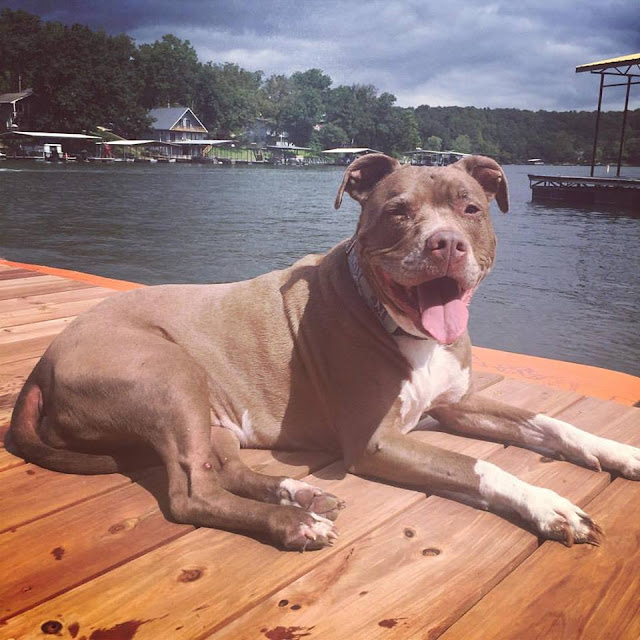 The boys spent most of the weekend in the water while the rest of us sat around in our light jackets and pants. The water was seriously warmer than the air. 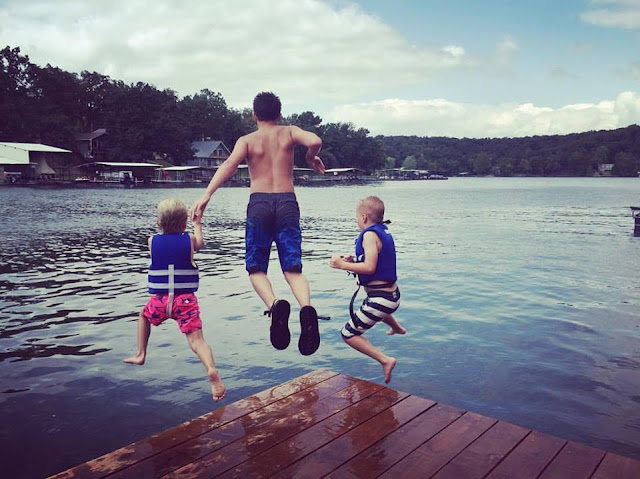 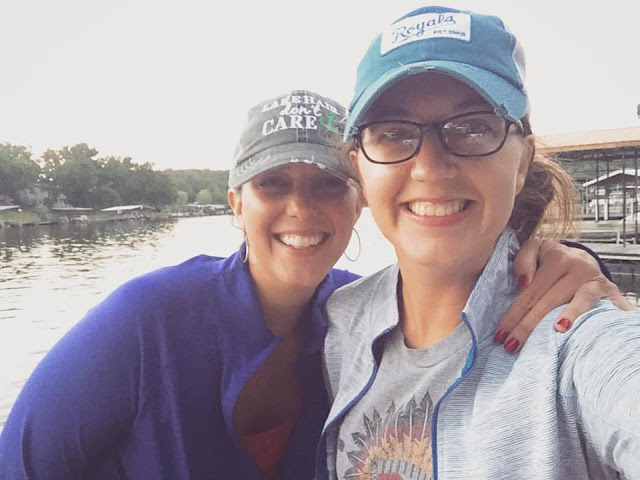 & on Sunday I woke up early enough to take the dogs for a little dock time on the morning and catch the last little bit of the fog roll out. The picture really doesn't do it justice. 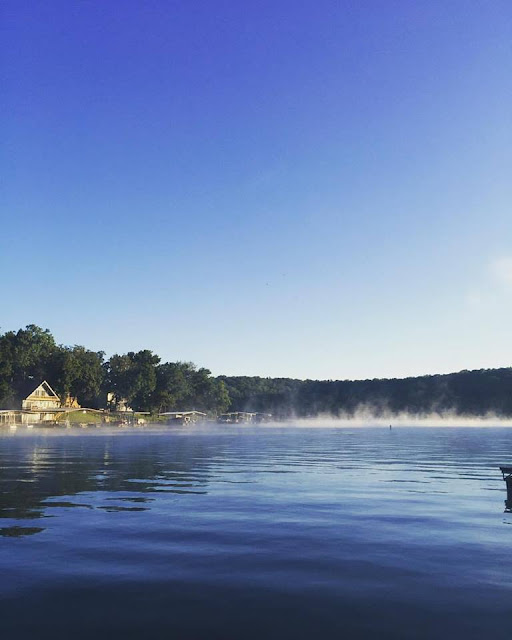 Adam told Justin that we could take the Seadoo with us and while I was a little hesitant--I don't like borrowing things from people, especially something like this--I was glad we took it. Logan was all about it and ready to go on any ride that Justin or I would take him on. Leah and Blake of course had more fun with Justin than they did with me---it's the motherly instinct to protect that comes out in my driving. Kaden, well, he talked a big game but when it came time to get on, he froze. On Saturday I finally talked him into getting on with me and staying in our no wake cove which he agreed to. As I got closer and closer to the start of the cove and the buoy, his grip on my arms tightened. I asked if we could go and count slides and he said sure but his eyes weren't coming off the speedometer. I got to going a little faster and after a little while he relaxed & really seemed to be enjoying himself. We got back to the dock and he was smiling from ear to ear but the next day we were back to not wanting to go. I talked him into riding with me in the cove and then we ventured back out when he was ready, this time he got to drive a little which he enjoyed. When I asked him why he was worried or scared he said because he hit his head once on a big wave--well that would do it so we talked about how to keep his head up higher when riding. Hopefully it won't be as tough next year getting him on because we can't buy a couple if he isn't on board! 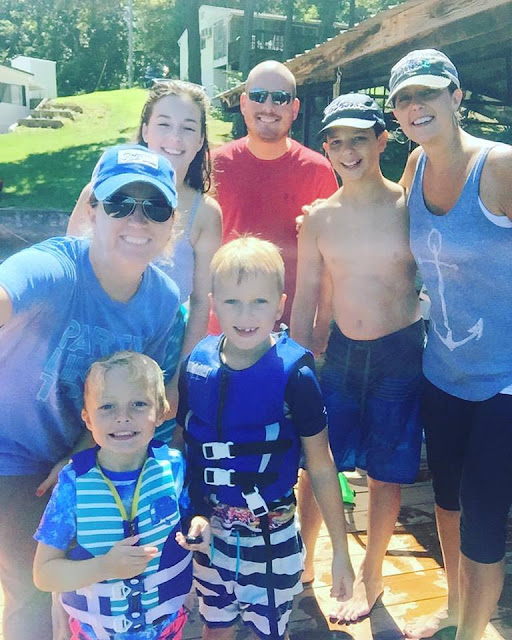 We were planning on sticking around until mid day on Sunday but with it being as chilly as it was and a full week ahead of us all, we just decided to call it a day and packed up around noon. The Siebert clan headed south and we headed west but so thankful they came to spend the weekend with us and check out Justin's family's cabin even though they live the lake life everyday.