And off they go. Together.

This day came all too quickly. It was one thing for Kaden to be headed off to kindergarten last year, it's a whole other story to see them both walking into school. Together. 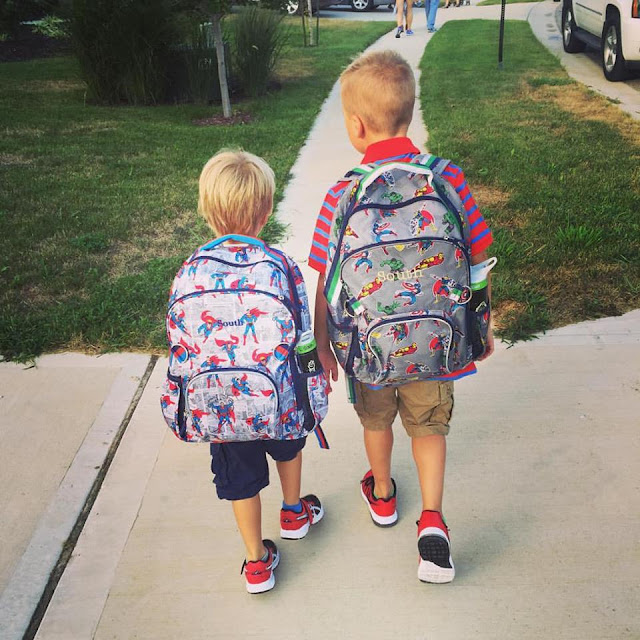 But more on that later, let's talk about how we prepared for this monumental day and for that we have to go back 1931 days, to the day this guy entered the world. 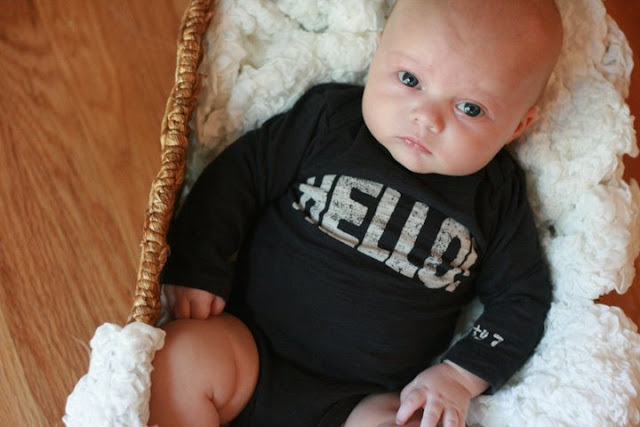 & forever changed our world for the better. Since the day he was born he has been a little nugget of sunshine and just continues to warm our hearts more and more each day. He's still small enough to sit on my lap, all snuggled up and fall asleep as if he was only 5 months old, not 5 years old. 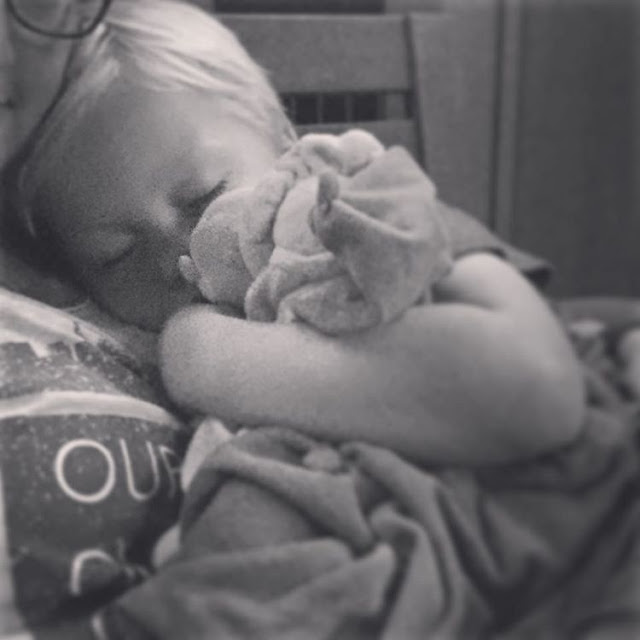 Yet, here we are. Our littlest is off to school. Right behind is big brother. & he couldn't be more excited for the adventures that lie ahead. We finished off the night before kindergarten just like we did with Kaden, reading a little book--Kindergarten Rocks. 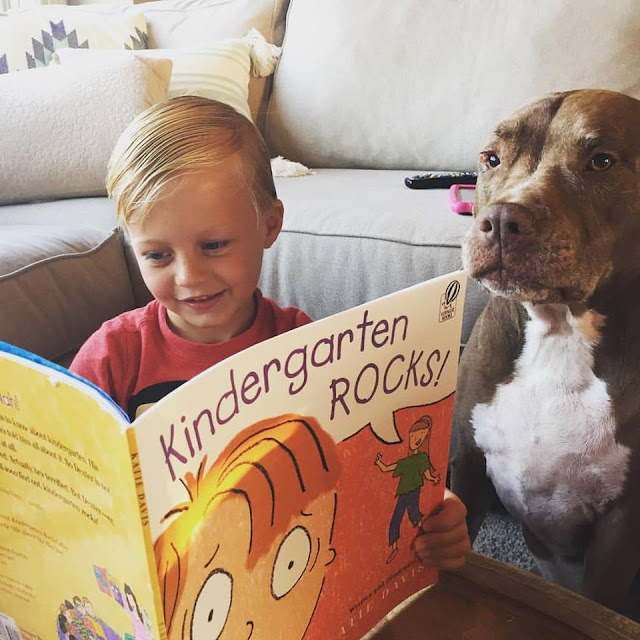 & when 8 o'clock rolled around, he was off to bed. He wasn't exactly happy about it but he had been given some magic confetti from his teacher at Sneak-a-Peek & was at least interested in finding out if it would work or not. He swears it didn't but I checked on him only minutes later and he was out. Cold.

Wednesday morning rolled around and of course Kaden was up and at it before anyone else. He was fully dressed and watching TV as I walked downstairs at 6:45. While was in the shower Logan came walking in to tell me good morning and to show me that he had gotten himself dressed and ready for school. Come to find out, Lil Logie, walked downstairs and Kaden said, "buddy, you have to get your clothes on today, we have school." & Logan ran right back up to get ready. 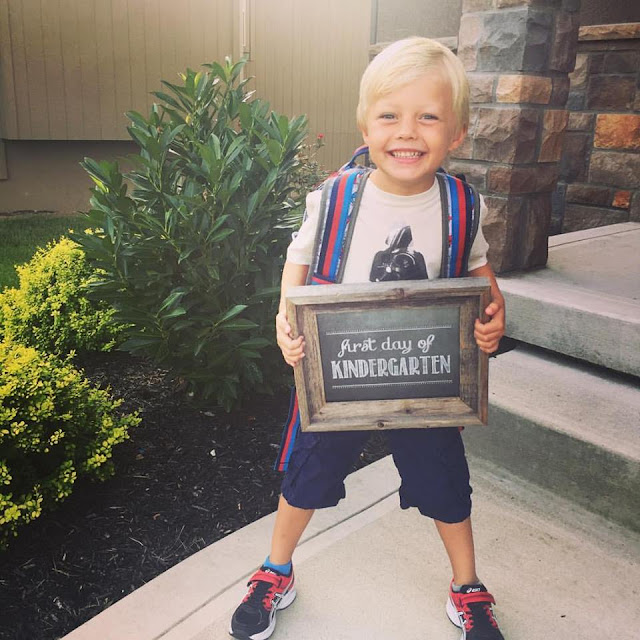 He was first up on my annual first day of school pics. So we stepped out back on our deck, took a few pictures and his kindergarten video & then headed to the front of the house.


Can we talk about his sweet voice for a second? I mean seriously, this kid can have anything he wants, he has me wrapped around those damn tiny and cute fingers of his.

& although it was a big day for Logan, it was an equally big day for his big brother who would be starting first grade--where oh where did the time go. 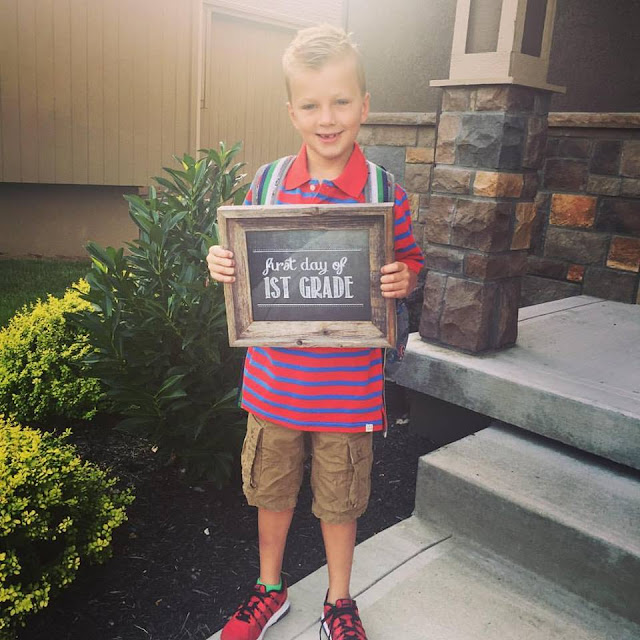 & this one. He just warms my heart too. He has such a huge heart and we love that he just wants to help people, nothing would make us more proud than to see him doing just that. 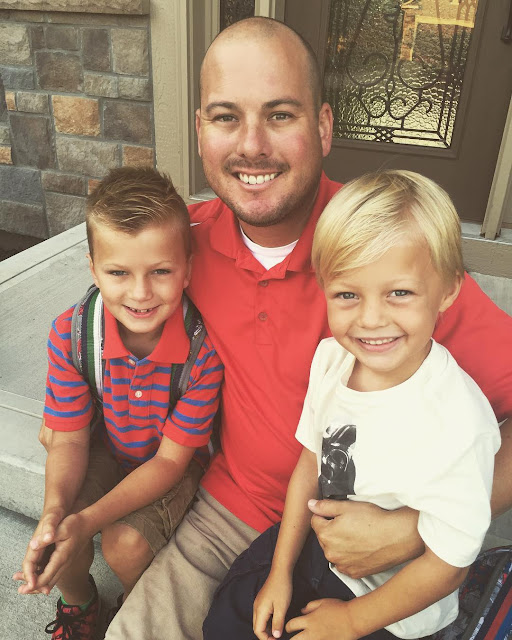 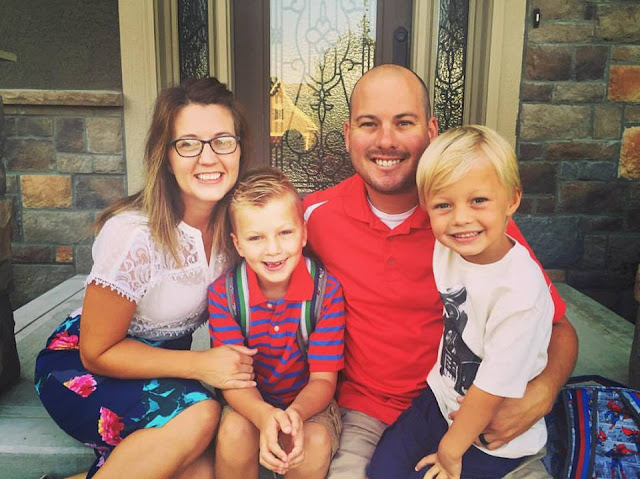 And of course we had to take the obligatory first day of school picture with mom and dad and for more reasons than just because too. This year I wasn't going to be able to walk the kids into their classrooms. I thought I had it all planned out but then the school sent out a correction stating that kindergarten was not in fact starting on Thursday but was actually starting on the same day as everyone else. Which meant that mandatory meeting that I had on Wednesday morning was going to keep me from joining them on drop off. Thankfully, Justin captured a few pictures for me. 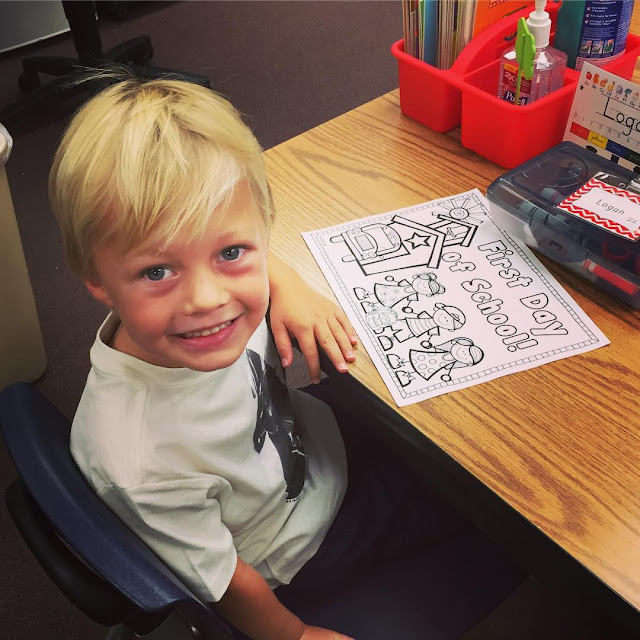 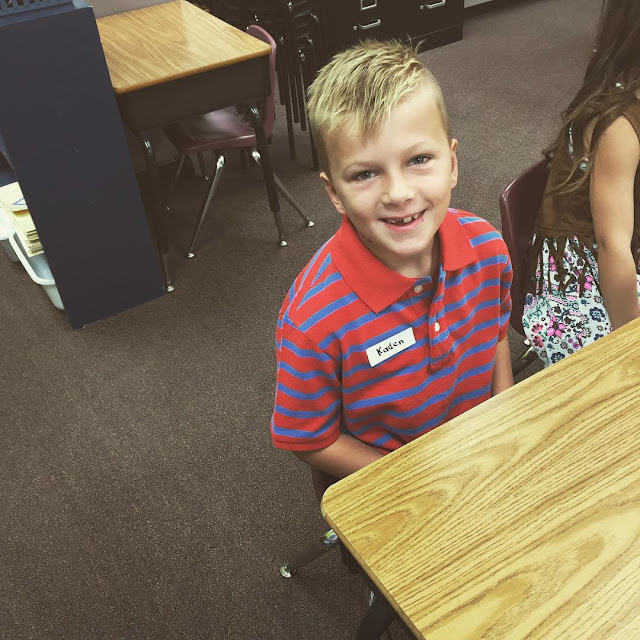 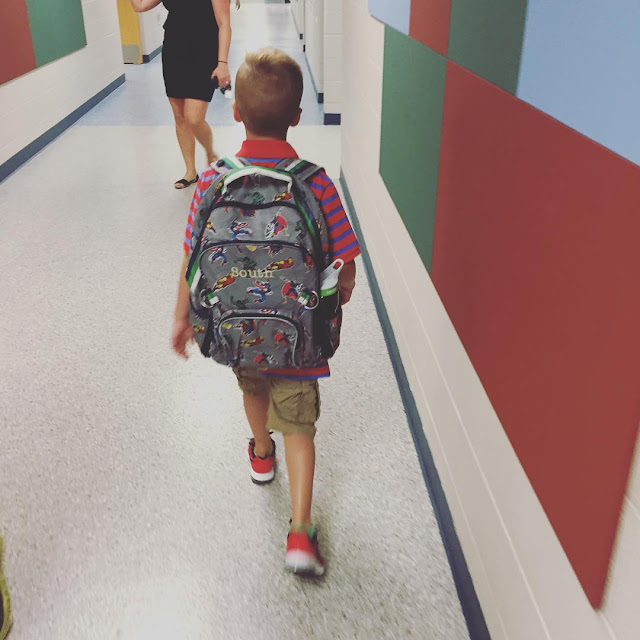 & since it was just a half day, I was able to get home in time to see them get off the bus for the first time. I had my camera read to go but then as Kaden got off the bus and Logan followed I noticed that he didn't have his backpack, the bus driver noticed too. Logan just replied, "my brother has it for me" & sure enough, Kaden was carrying it for him. I am sure having them back to back in school will present challenges but man I love how much love they have for one another. 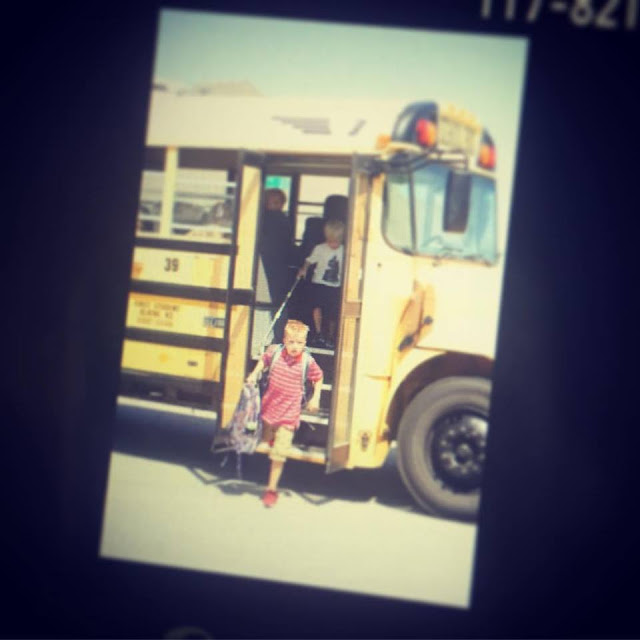 They spent the afternoon at Grammy's and then I picked them up on my way home from work. Logan fell asleep just as we were getting ready to pull into our subdivision. You could tell, he was exhausted but GG and JuJu were at the house & there was no time for napping, he went straight to playing for another half hour or so and then Emily arrived.

We were headed to dinner to not only celebrate the boys' first day of school but also to celebrate Emily's 18th birthday & her heading off to college. So many changes happening all at once but each one couldn't be more exciting. 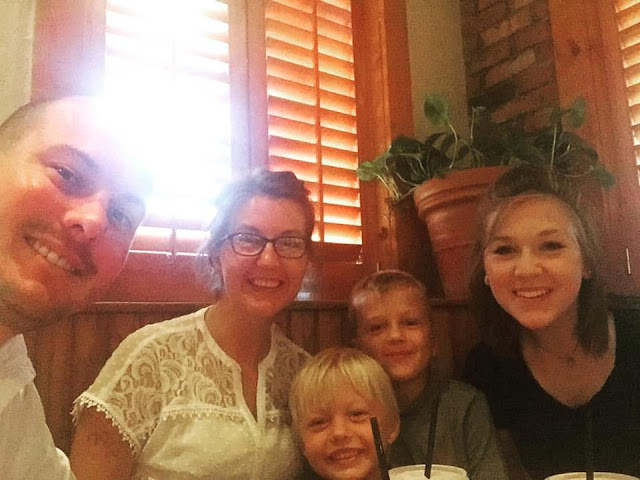