It was a whirlwind of a trip but we weren't about to miss Madison's 4th birthday. Not only was it at a bounce house, which the boys were super stoked about, but it was also a SUPER HERO themed party, which my brother was super stoked about!

& since the party was fairly early in the morning on Saturday we headed down after I got off of work Friday night. We grabbed a pizza on our way to my Mom and Dad's so they wouldn't have to worry about feeding us and then it was outside to play Pokemon Go---except there were ZERO Pokemons to be found near my parents. Logan was bummed, so we had a race. I won. Barely. 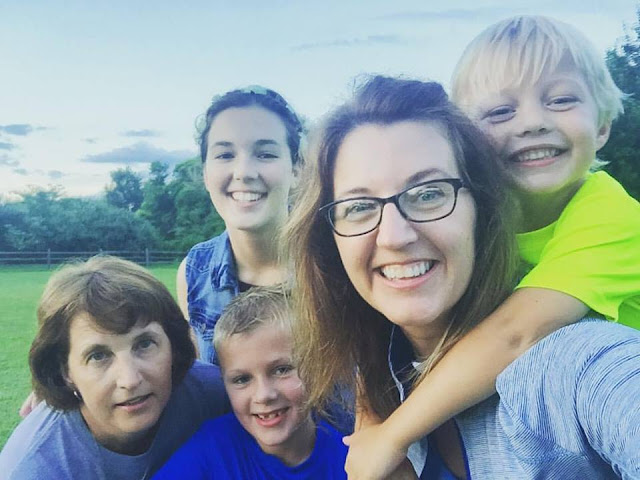 We then went inside & I pulled out my phone and turned on the Music.ly app. The boys had us rolling, I haven't seen my mom or dad laugh like that in a while.

The app basically takes a song, plays it as someone dance and you record it and then when it's done, it's you dancing to the music without any noise in the background. You can do it in slow motion or speed it up like this...

It makes for some very fun entertainment.

The following morning it was off to celebrate with our favorite birthday girl. & you better believe that she was not about to let anyone else think it was their birthday. I kept saying it was mine and she kept laughing and reminding me it was her's and that I was too big to be four. Right you are Madison, right you are. 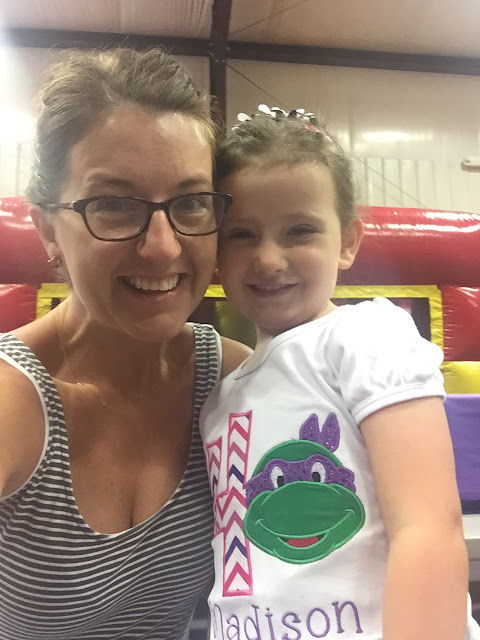 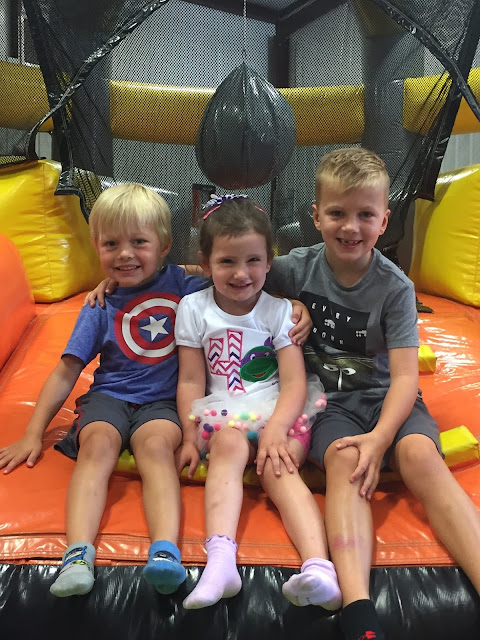 & let me just say, my SIL and brother sure now how to put on a party. Okay, my SIL does, as I am sure my brother had very little to do with the actual partying planning just as my husband does with our boys' parties. Although I did learn that he picked out Madison's skirt which was super cute!! 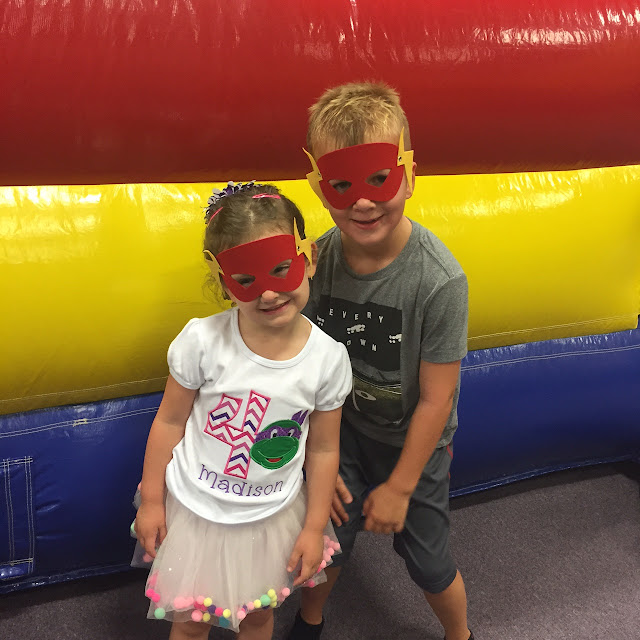 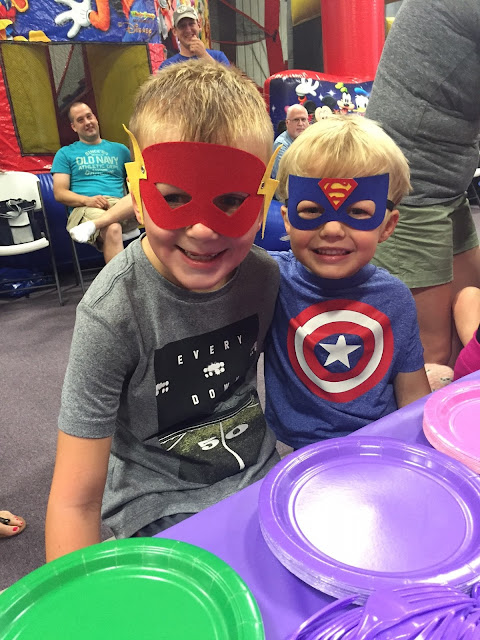 And can we just talk about this cake for a second? You'd think that if a cake looked like this then it probably wouldn't taste that great but you'd be wrong. It was so yummy, even Logan didn't leave any crumbs behind. 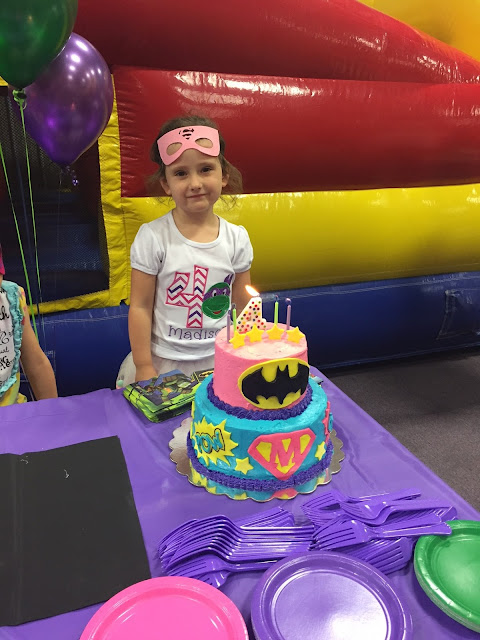 Happy 4th Birthday Miss Madison, we love you to the moon and back. You are going to be the best big sister ever--well, behind me, of course! 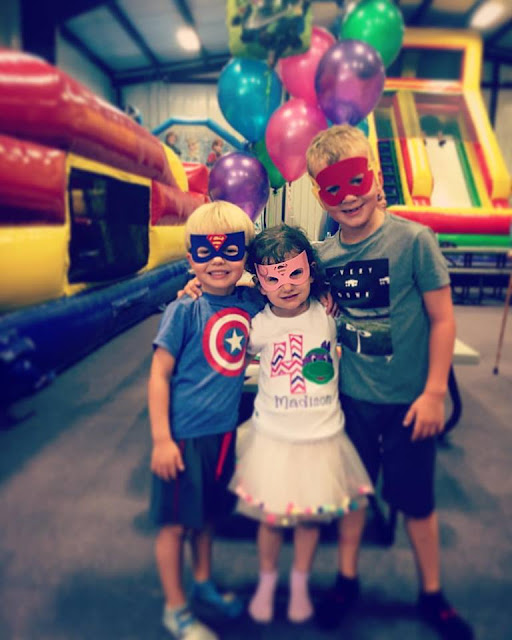 Our time in Carthage was winding down but we still had one more stop to make before he headed back to KC-Papa Richard's. & somehow he had an idea that we would be popping in because the candy bags were ready for Leah and the boys when they got there. & of course we had to do a family selfie with Papa Richard---he may just be one of my favorite people on this planet. 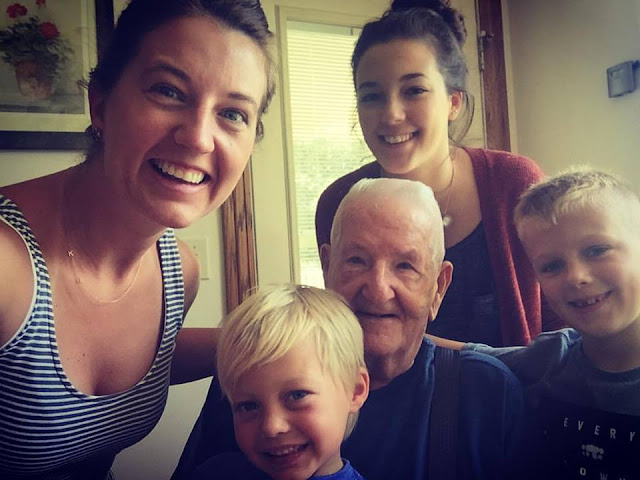 We said our goodbyes to him and headed back to my Mom and Dad's for lunch and then said our goodbyes there too. It's never easy saying goodbye but thankfully we live close enough that we don't have to go too long before seeing everyone again. 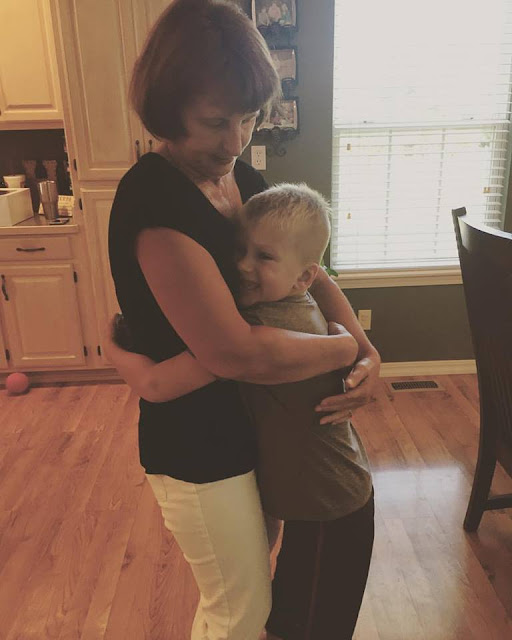