Another month of summer brought another trip to the lake. We try to go down at least once a month so that the boys feel like they spent part of their summer at the lake. This time we were headed down with Adam, Becky and Colton--who just happened to recently buy a Seadoo.

We arrived just as the sun was going down and got the cabin opened up & cooling down. Boys went to bed pretty easily and woke up nice and early the next morning. They were all ready to head down to the water as soon as they finished their breakfast. I was too. 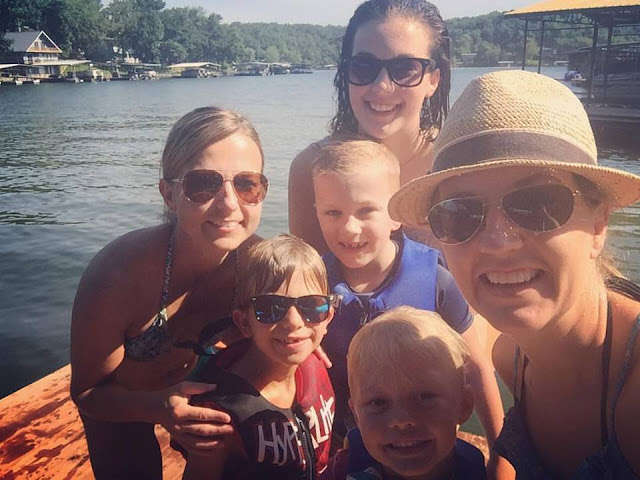 As Becky and I got everything situated at the dock, Justin and Adam went to drop the Seadoo in the water. Adam pulled up and it was over, the boys were hooked. 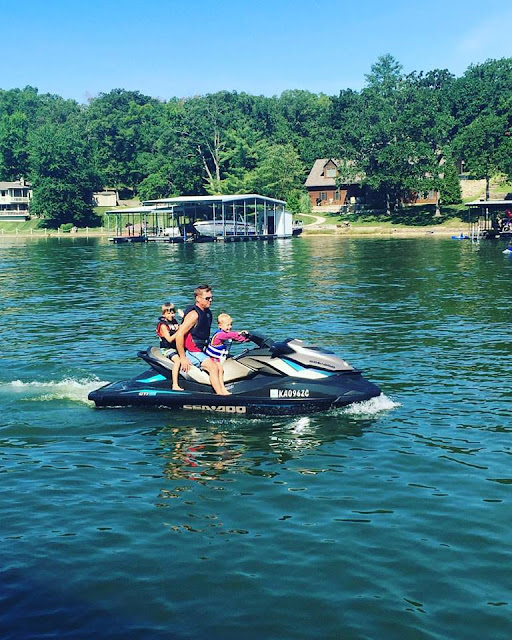 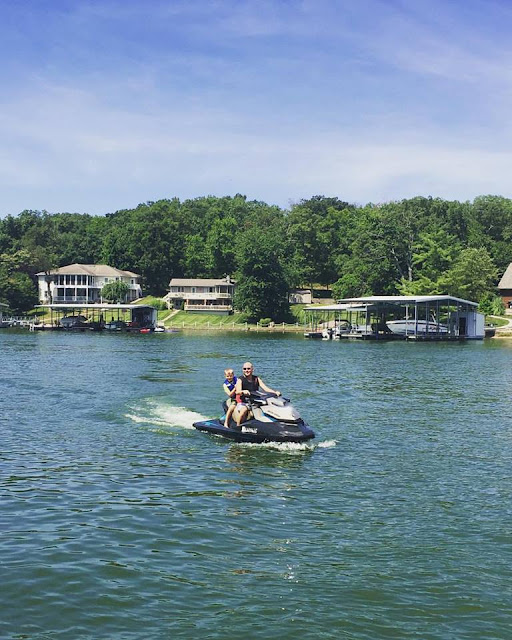 & we spent the rest of the next two days taking turns on the Seadoo. The kids gave a go at knee-boarding. Logan succeeded. Kaden just wanted to fly like Superman---to each their own. 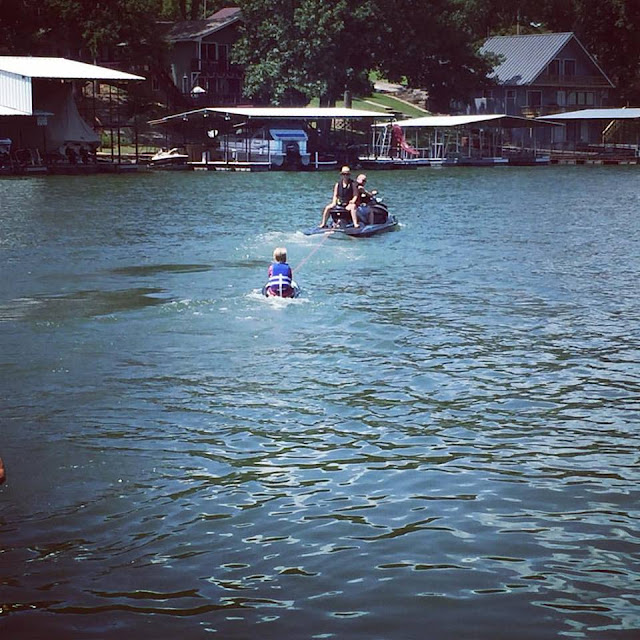 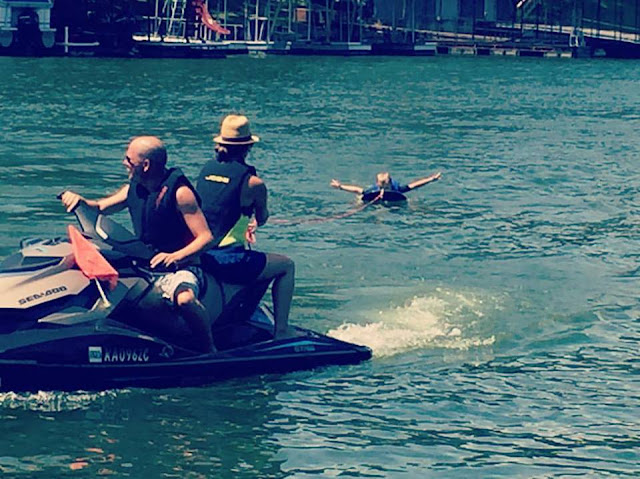 Leah and I took the boys on a little kayaking ride through our cove. Kaden didn't last long but I am sure that is due to the lack of room in his canoe. 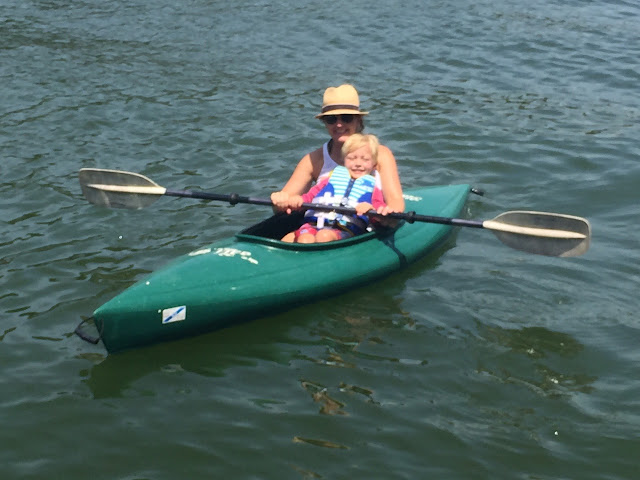 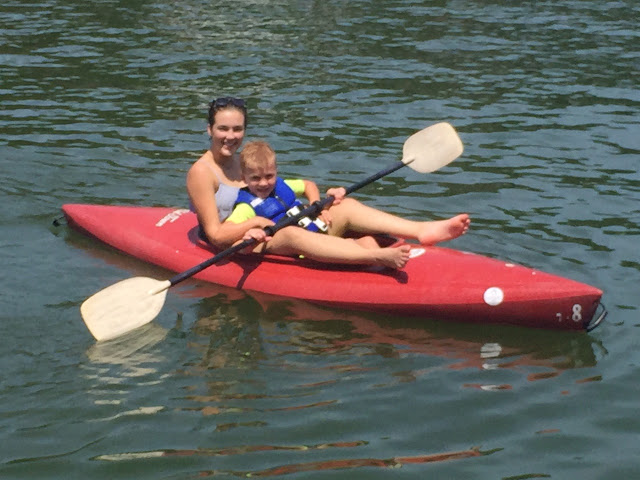 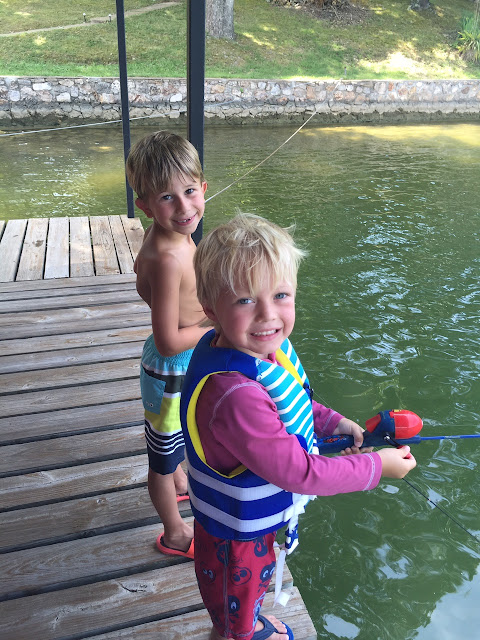 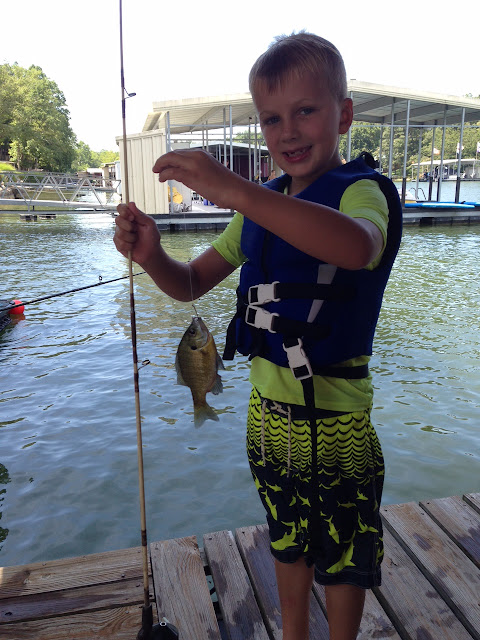 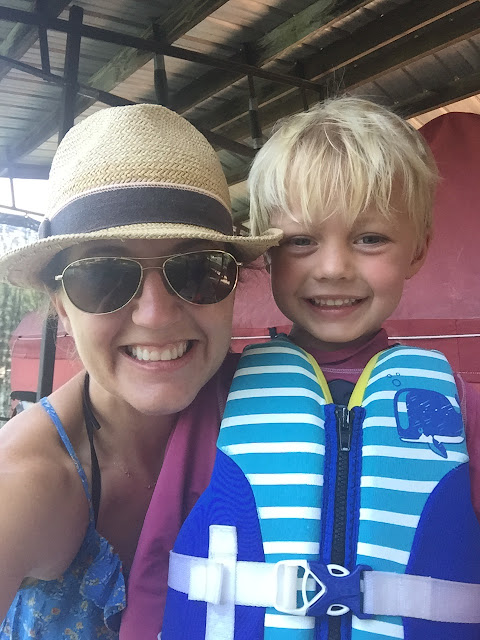 & then there was the paddle boarding. I had been begging my husband to let me buy one, or a couple and he kept saying that if he got a Seadoo, I could have a paddle board. Ha! Hardly the same. Needless to say, I didn't get a paddle board but our lake neighbors had one and I finally worked up the courage to ask to use it, the worst that could happen is they would say no and I already didn't have one so oh well. But of course they didn't, they allowed me to borrow it and I took little Logie on a ride. 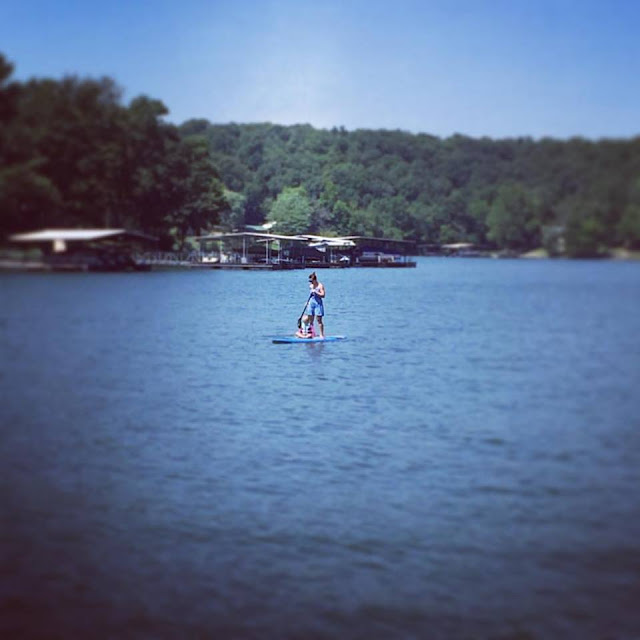 Kaden later joined and then Leah took Colton out on it. Honestly, it was hot, no wind and no water splashing in my face but I could totally get down with it early in the morning or later in the evening.

As Becky and I were cleaning the cabin and packing up to leave the boys found some fireworks and did a few smoke bombs. 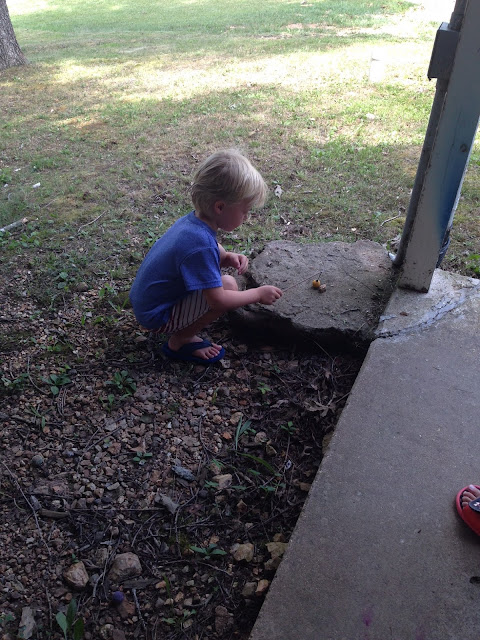 Most everyone wasn't really all that excited when we said it was time to go but one little guy was done. Literally, fell asleep on the chair as he waited for everyone to go on one last Seadoo ride. 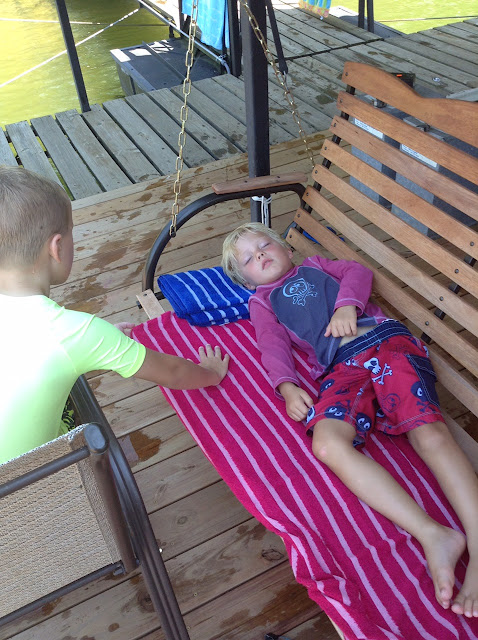 But that little nap proved to be all he needed because he didn't sleep a wink on the ride home and all I could here as I was trying to close my eyes were his giggles. Pretty perfect sound to try and take a little nap to if you ask me. The only downfall to the weekend, I lost my prescription sunglasses at the bottom of the lake and as great of a swimmer/diver has my BIL is, he wasn't able to retrieve them but I appreciated that he and Justin both gave a valiant effort. Oh well, they can be replaced.

Till next month---our last trip of the season.
Posted by Kayla South at 8:41 AM