Some people probably shake their head at some of things that we do as a family, or I do as a mom. Yes, we celebrate not only birthdays but half birthdays. We celebrate our dogs birthdays. So why wouldn't we celebrate America's birthday too. 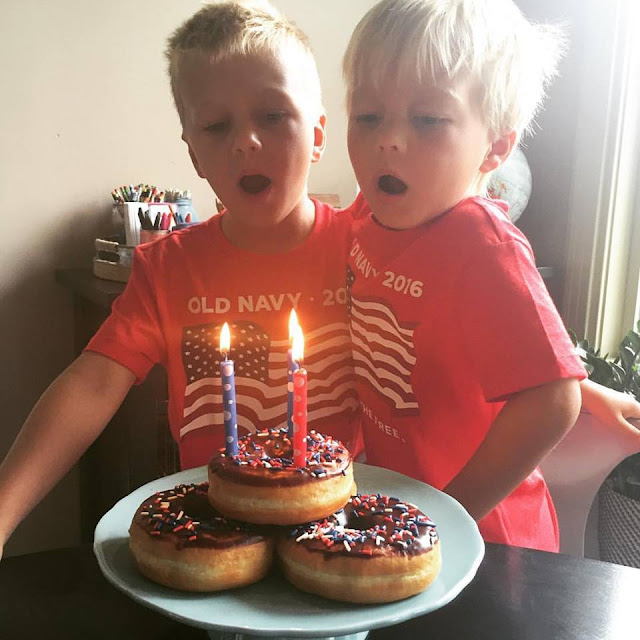 & yes, we bought donuts, that morning in fact. However, it wasn't necessarily for this picture. We had no power on 4th of July--another story--so the boys needed something for breakfast & Justin quickly ran to the store. They were stoked for donuts, especially with chocolate frosting and sprinkles. & even though they wanted to dive right in and start devouring them, they were patient while I got the candles out and we sang. (I had planned on making cupcakes with the boys like last summer but again, no power, so the donuts came through in more ways than one.)

After breakfast we unpacked from our trip and then headed out to lunch with the family. We chose BRGR because what is more American than a hamburger or hot dogs! Each year Grammy buys the boys Fourth of July shirts from Old Navy & this year they actually got to wear them together. Colton even got a little more festive with the red, white and blue hair. 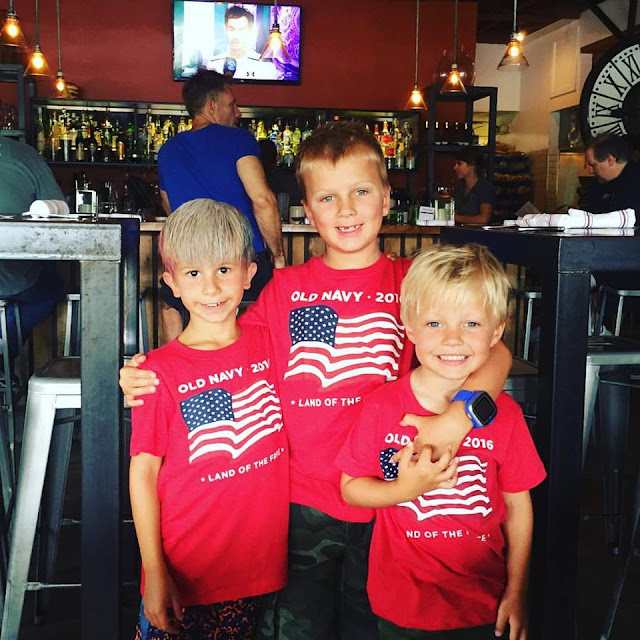 Since we were still out of power and it wasn't looking like it would be turned on any time soon we headed out to Jake and Jennifer's for some firework fun. Safety is not an accident. 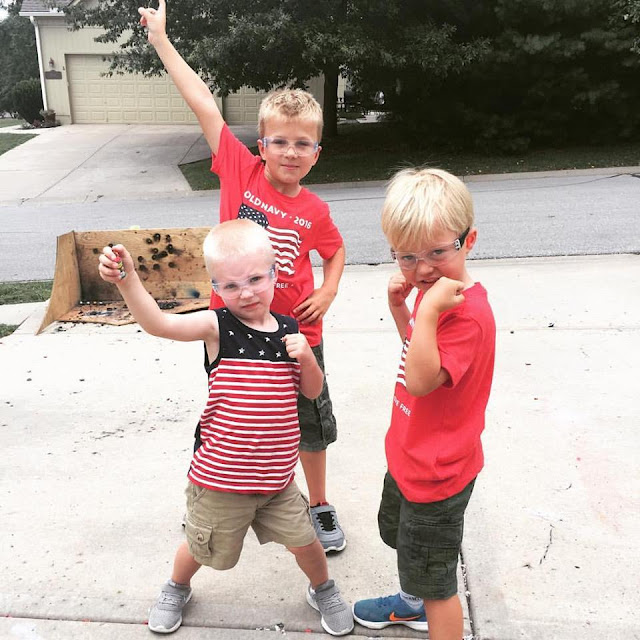 When it comes to fireworks our boys are so different. Logan is a pyro-loving, let-me-shoot-off-everything, bigger-is-better type of kid. He doesn't mind the noises & is completely calm, cool, and collected when it comes to lighting them. 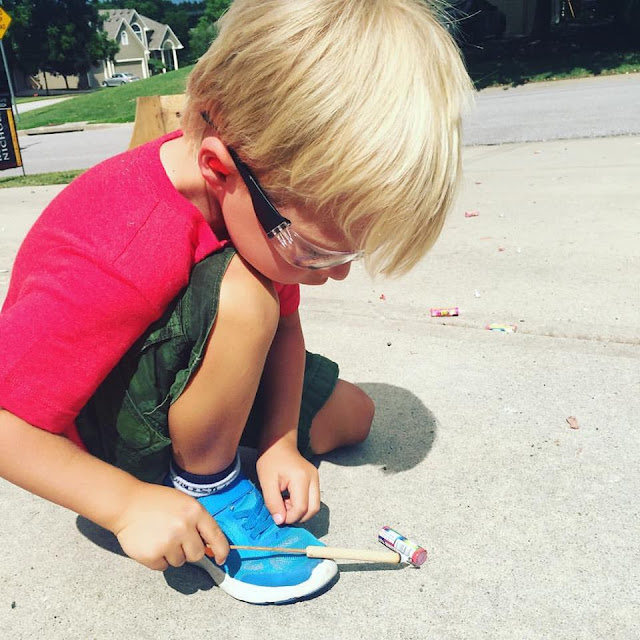 Kaden, on the other hand, is the exact opposite. He doesn't like the noises and really only likes to light smoke bombs and things that light up without much noise. His favorite thing to do was chase parachutes after someone else lit them. & when it came time for the big stuff, he had to be coerced outside but he finally settled in on my lap, a very safe distance away. His hands never leaving his ears. And even though Fourth of July isn't his favorite thing, he still smiled all the way home. 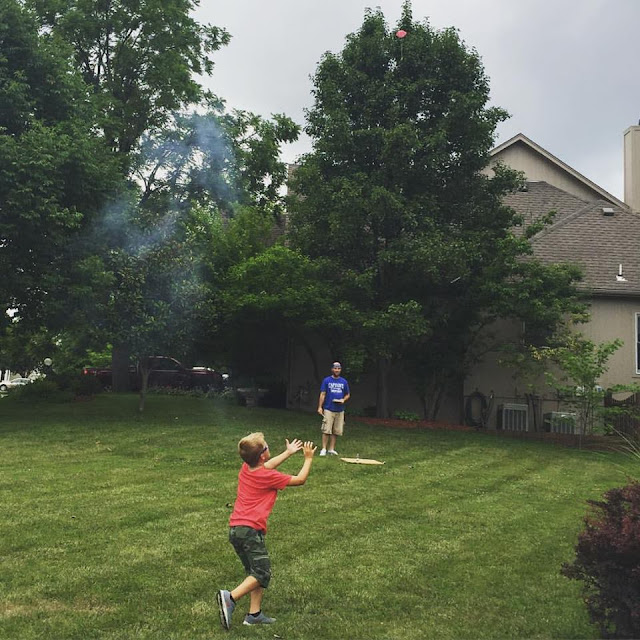 We may have spent that afternoon being big kids ourselves, as we sat off massive amounts of fireworks, but we certainly never forgot as to why we were celebrating. And we tried to explain to the boys what America's birthday really meant. It wasn't just fireworks and donuts, it was so much more. We are the land of the free. Land of dreams--a melting pot of dreams. One nation. Under God.

& it's because of this ONE nation--albeit still in desperate need to evolve as one--that we have the liberty and freedom to live our life as we see fit. To make choices and decisions based on what we believe is best for our family. To send our boys to school. To let them follow their dreams no matter what they may be--you want to be a superhero, go be the best damn superhero out there. It's because of these Superheroes---American soldiers, Firemen, Policemen---that we celebrate. So if my boys want to grow up and be real life superheroes, I say reach for the stars, I'll be right there with you.

Home of the FREE because of the BRAVE. Happy 240th Birthday America.
Posted by Kayla South at 1:36 PM