Well, we couldn't keep Brodi from having surgery. Which, I knew was going to be the case all along because it's just been the way the chips have been falling lately.

We went for a recheck after we got back from Cabo... 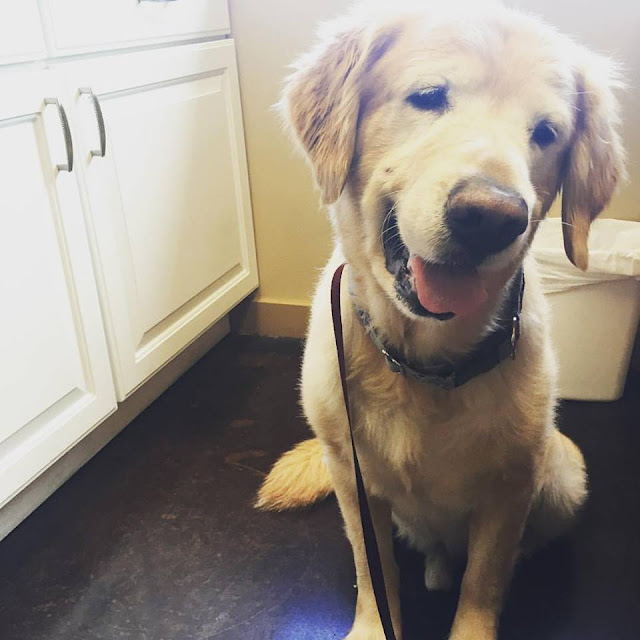 I could tell that as we lowered his medication blood was starting to pool in his ear again so I took him in to get the doc's opinion. Doctor Z suggested that we up his medication but that if it continued to get worse to bring him in and we would move to do the surgery. I wasn't very hopeful that we would be able to keep from having the surgery but I also didn't want to go ahead and do the surgery if it wasn't necessary so we upped his meds. & he continued to pee in the house. The meds make him drink, eat and pee more. He was ruining our carpets, not to mention the door frame he destroyed. But I just bought more carpet cleaner and every night cleaned the entire carpet as best as I could.

We gave him a few days for the meds to kick in but they just weren't doing their job so we decided that it was time. Let's get him back on the road to recovery. 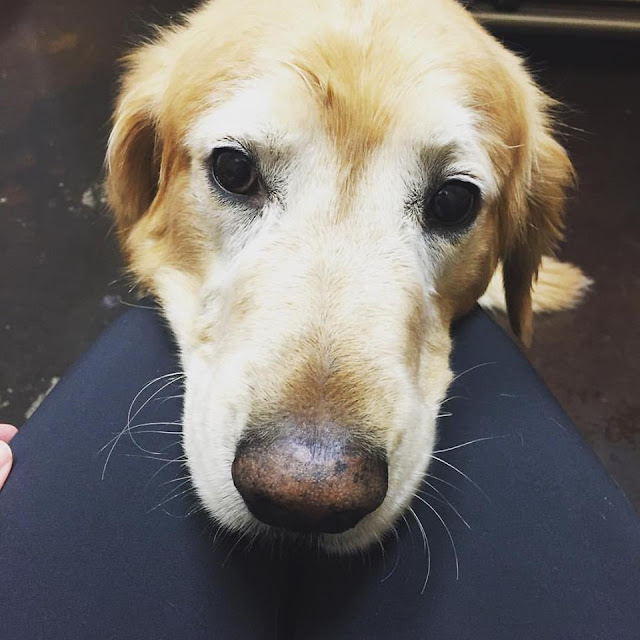 We had a few labs done the day prior to his surgery & although Doctor Z called with a few minor concerns about his lab work--liver enzymes were off but could be due to the meds he was on---she felt comfortable moving forward with the surgery. I won't show a picture of the results but basically they took his ear and punch holes in it with a hole punch like tool. Removed tissue and then stitched each hole together to bind it back and not allow the blood to pool. His ear looked like a nasty piece of Swiss cheese.

A few hours after they started they called to tell us he made it through perfectly and that we could come and get him. They sent him home with a ton of pain meds and a cone. They suggested that he be kept in a room or a kennel because if he were to shake his head he might get blood on everything. We decided a kennel would be best so he could be with us and thankfully he had minimal bleeding after the first day. 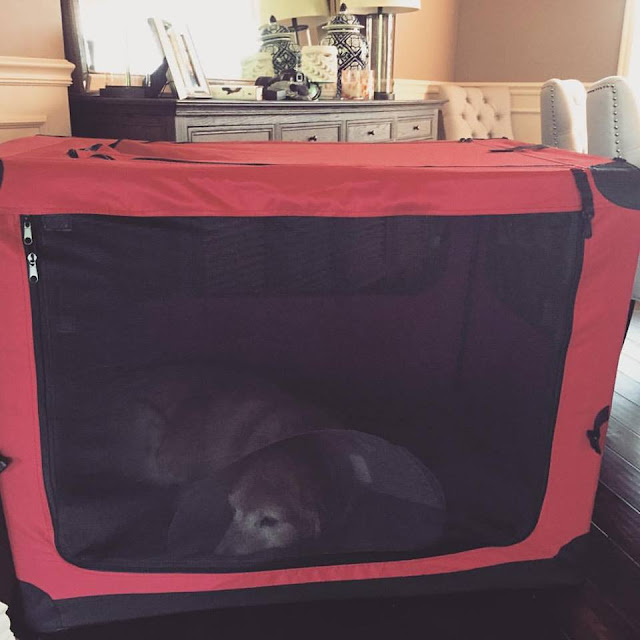 Hopefully our big Gold Dog will be up and feeling more like himself soon. & fingers crossed we are done with doggie issues for awhile.
Posted by Kayla South at 11:26 AM