Logan has been counting down the days until his new backpack arrived on the first steps--he could hardly contain his excitement. I mean, picking out your FIRST backpack, it's kind of a big deal.

He first wanted Spiderman. Then Batman. Then back to Spiderman. Oh what is a five year old to do?

Superman. That's what. & when it arrived he waited as patiently as possible for me to open the box and pull it out but as soon as he could see it, he ripped it out, took off the packaging and on his back it went. 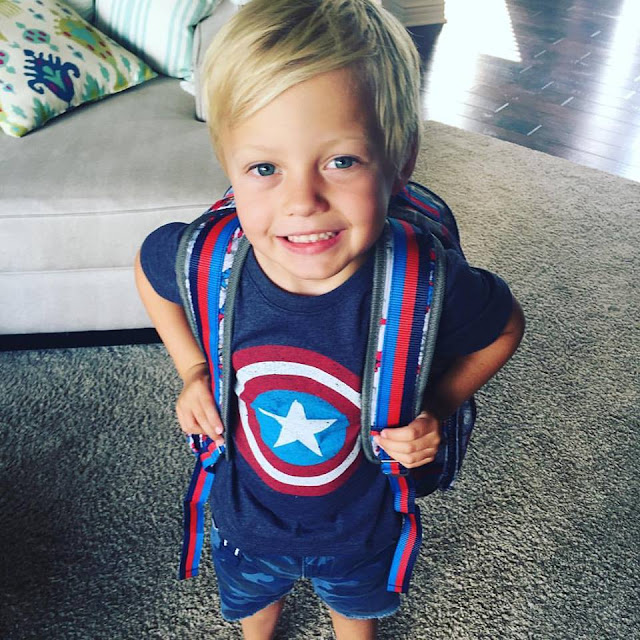 How can one look so big but yet so small at the same time. & for the first time since kindergarten round-up, I had tears in my eyes. There was no looking back for my littlest man.

Last year I took Kaden school supply shopping and it was a tad more stressful than I had anticipated. This year, I did it on my own and when I walked through the door with an arm full of Target bags they were right there ready to figure out what was theirs and what wasn't.

Sometime later I had it all separated---names on pencils, crayons and markers. School boxes organized--I am fully aware that they will never look that good again. & two happy kiddos that are more than ready to take on kindergarten and first grade. & Thankfully we have sneak-a-peek the evening before school starts so that the littlest guy doesn't have to try and figure out how to carry all that stuff on day one! 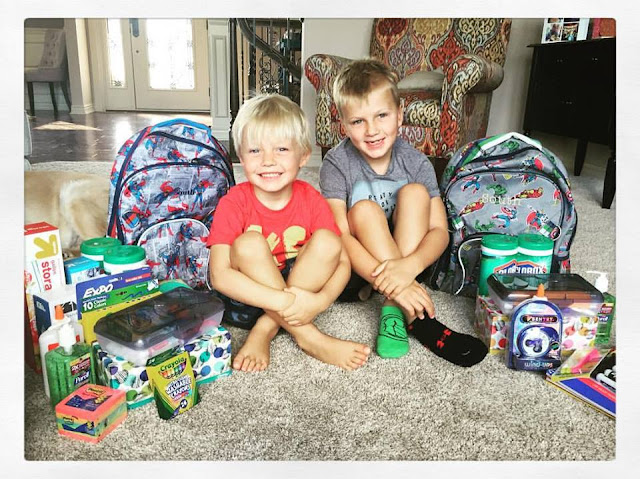