We haven't had many free weekends over the last few months so when Saturday rolled we decided a trip to City Market would be the perfect way to start it. We started out nice and early because we knew the heat was coming and we were right--it was a scorcher.

Not only did Logan find him some giant carrots--his favorite food--but we ran into a little festival too. 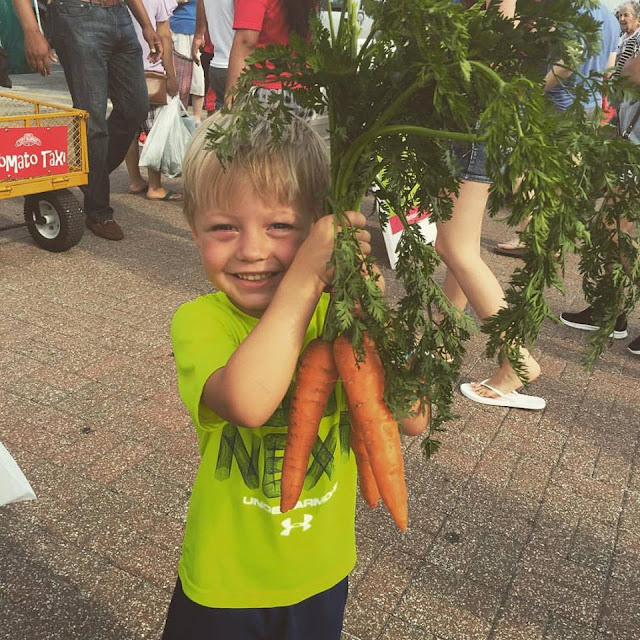 The Busker Festival to be exact. We saw a hula hooper, a fire juggler, a yoyo artist, & some hoop acrobat performers. 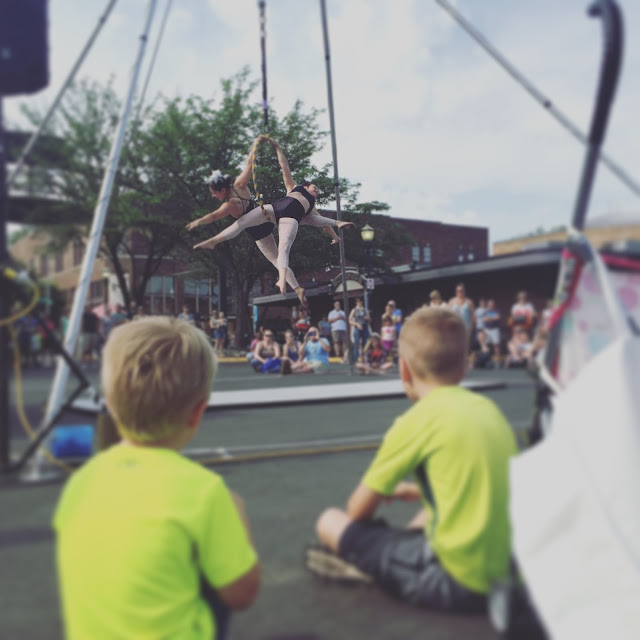 After the Busker Circus was finished we headed over to jump in line for our inaugural ride on Kansas City's first street car. 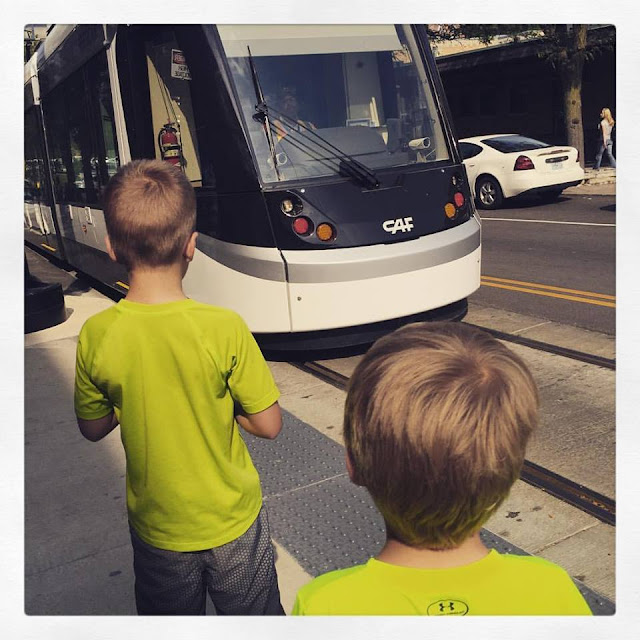 We took a ride for a few blocks and then hopped off and headed home to have lunch before getting our suits on and spending the day at the pool. Remember, it was hot & what better way to cool down than at the pool. We had made plans to go to the drive in but Justin was trying his hardest to get the kids to stay longer at the pool, promising him that he'd take them the following day but it wasn't working. They were set on the drive in so home we went to take a little rest & before I could even get pool bags unloaded they were all out--Justin, Kaden and Logan. Drive in wasn't looking too promising…

and then they rallied. Teenage Mutant Ninja Turtles 2, here we come. 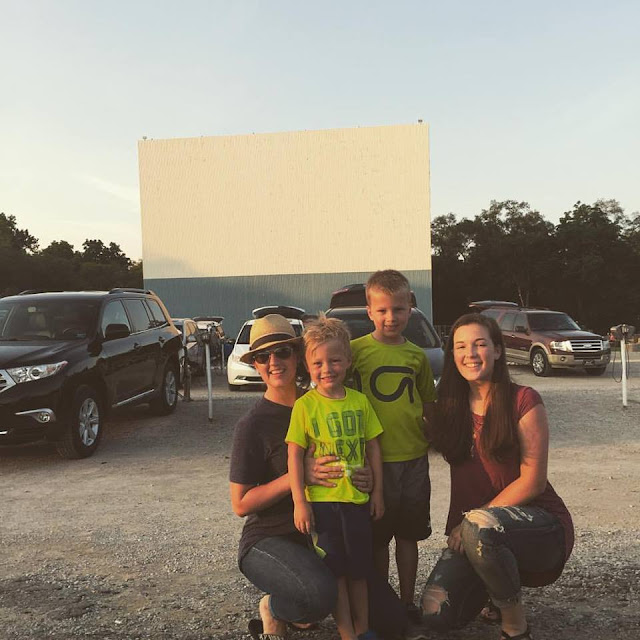 It was still hot. We were there way too early but the last time we were there we about didn't get in, guess day 2 of the weekend is a little less busy, especially when the two shows that were being shown were on the week before. Oh well, we made the most of it. 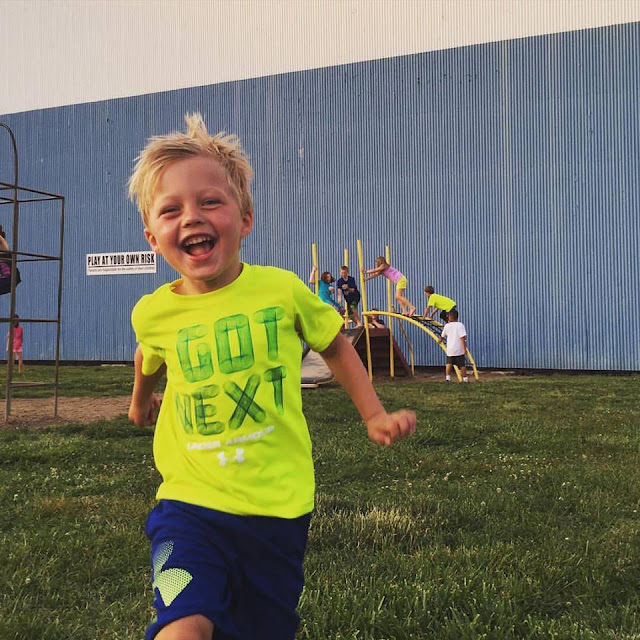 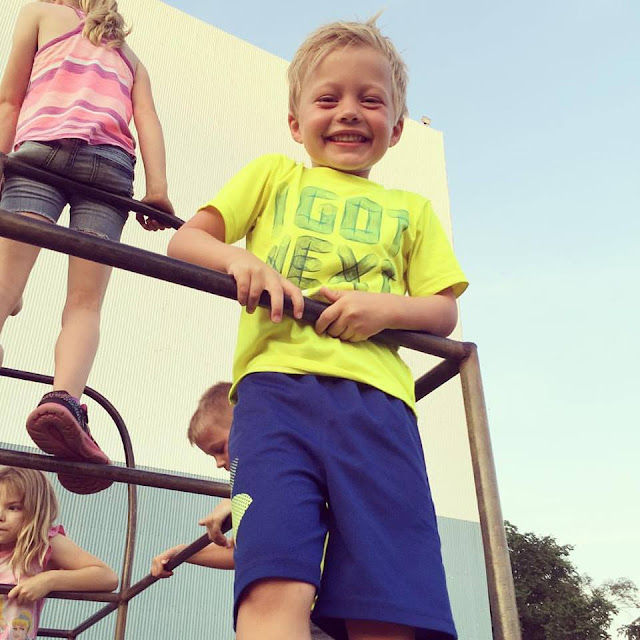 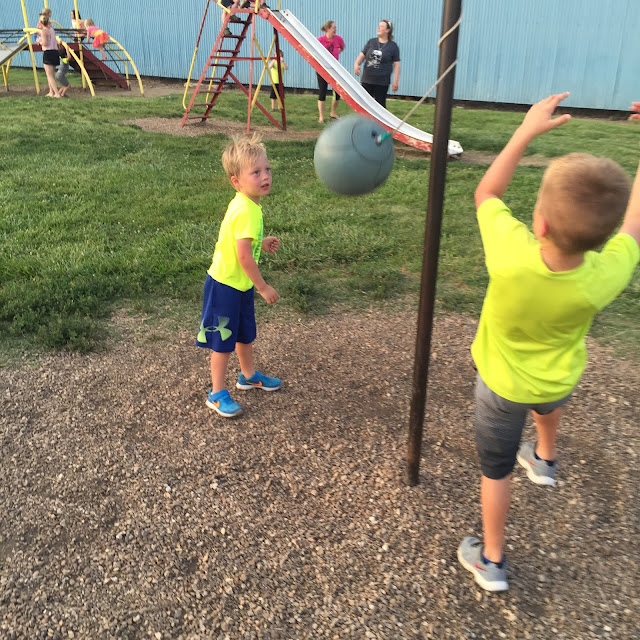 From the get go Justin said we were only staying for one movie & although I was a little bummed at first but when the time came I couldn't have been happier. We were all ready & super tired. But what a fun day we had.