One of our favorite things about summer is that my niece, Leah, gets to come and spend a few weeks at a time with us. Two years ago it was two weeks, last year it was 3 weeks and now this year we got her two separate times for multiple weeks at a time. Even tried figuring our a way for her to go to Cabo with us but she had no passport. Boo.

Of course the boys love having her with us as do Justin and I but the one that loves having her here the most, Stoli. Stoli doesn't leave her side. She sleeps with her now instead of on her dog bed on my side of our bed. She doesn't come upstairs until Leah does. The other night she literally sat right next to Leah on a bathroom rug as she was helping with the boys' bath time. Stoli has become quite the traitor. 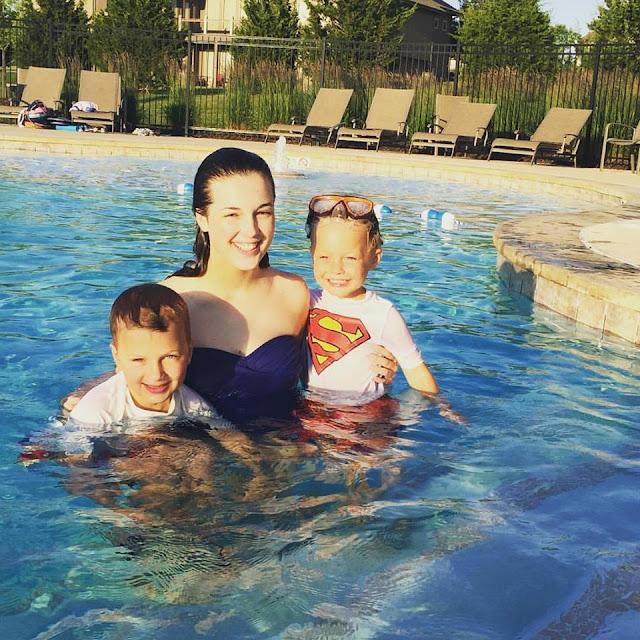 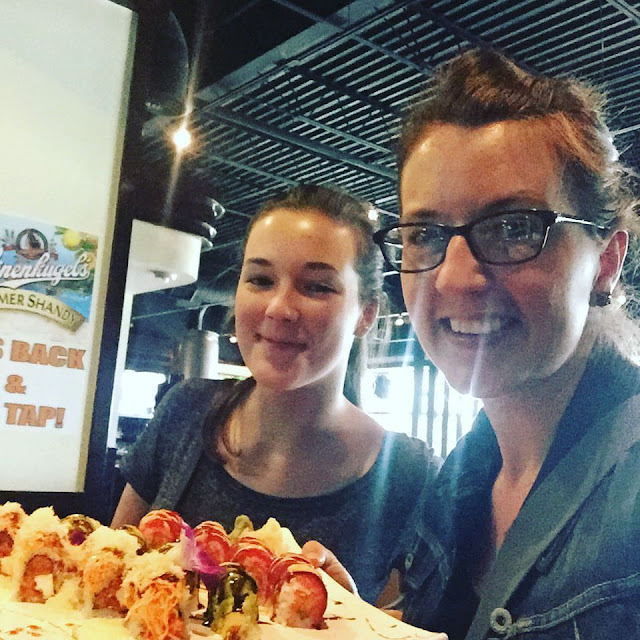 The first time we had to say goodbye wasn't too hard knowing that we would get to see her again in about two weeks but I'm not sure how we are going to muster up the courage to say goodbye later this month. If her parents would let her, we'd let her live with us and we'd pay for that ubber expensive private schooling...

She has such a great heart. 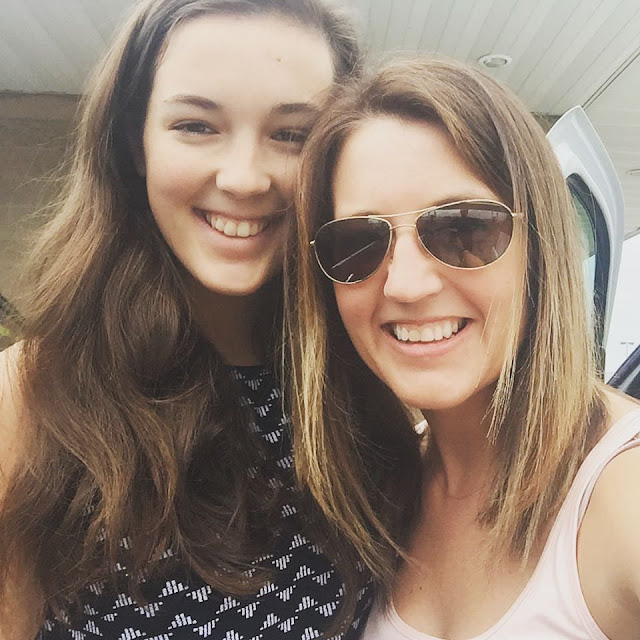 When I stepped away from my photography business a few years back, it was partly because I knew my husband had some things he wanted to do too. For one, he wanted to get a BBQ team together, so he did. & after a couple of years of trying to get into the Lenexa BBQ, they finally did. Pitt Smokers made their Lenexa BBQ debut and they couldn't have been more excited.

Friday night was grab-a-sitter-and-head-out-to-the-bbq-to-support-your-man-night. & so did the rest of his family too. Justin's aunt and uncle were in town from Florida and they brought out his Uncle Bob too. Thankfully, the weather was amazing for end of June and their tent was perfectly located next to the band and the entrance. 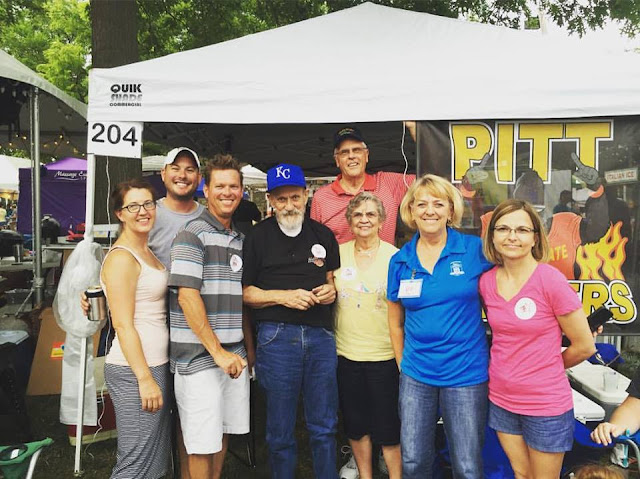 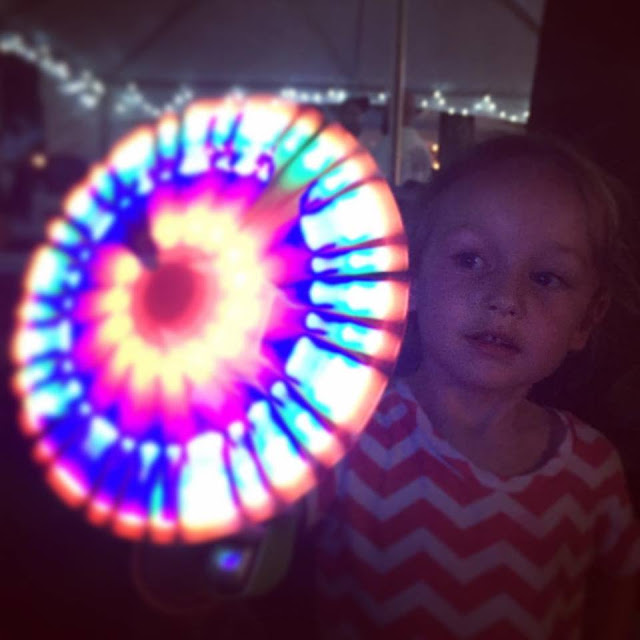 The boys and I decided that after donuts we should run and say hello to their dad. Give him so good luck vibes and a little love. It must have worked too because Pitt Smokers had their best finish in brisket to date and finished 31st out of 185 teams overall. Not too shabby. 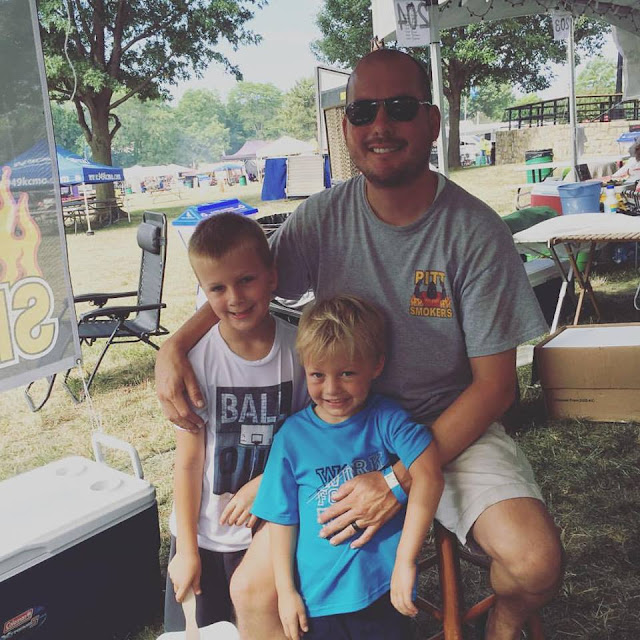 DONUTS. Did someone say Donuts?!? Yup, we can't start a South vacation without a trip to John's Space Age Donut Shop so that is exactly what we did before having to head home, finish packing for our next adventure. Passports needed. 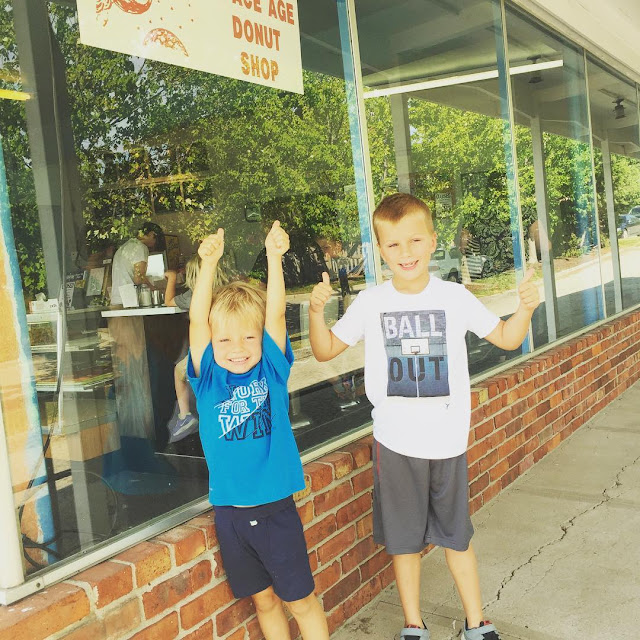 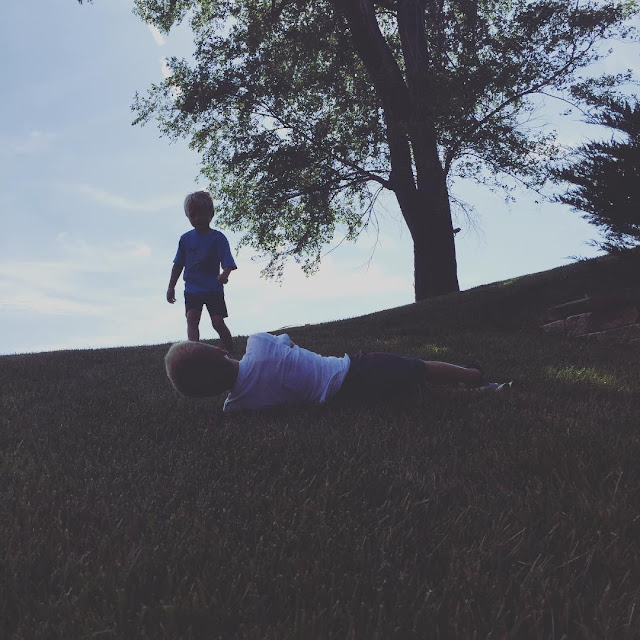