A few months back I asked Justin what he wanted to do for Father's Day weekend, since it's his weekend and all, he wanted to be at the Lake. Easy enough, I got on the lake house calendar and booked the weekend.

As the weekend approached I asked one of our friends if her and her family would like to go down with us---they have kiddos about the same age as the boys and I knew the kids would just have the best time. Lucky for us, they said yes. We were officially Lake Bound... 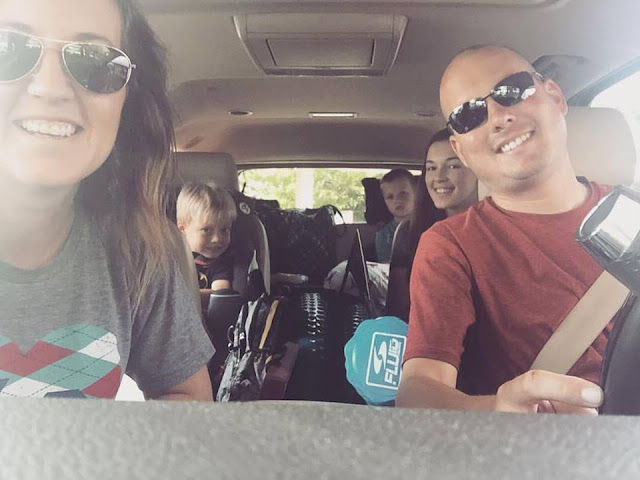 Kids in both cars were sleeping on the way so we decided to eat dinner in Laurie before heading to the house, plus this allowed us to eat at Chances 'R'. We try to eat there at least once a summer, if not more--just like their signs states. The food was great as always but the best part of the dinner was when the entire bar joined in and sang Jason happy birthday. 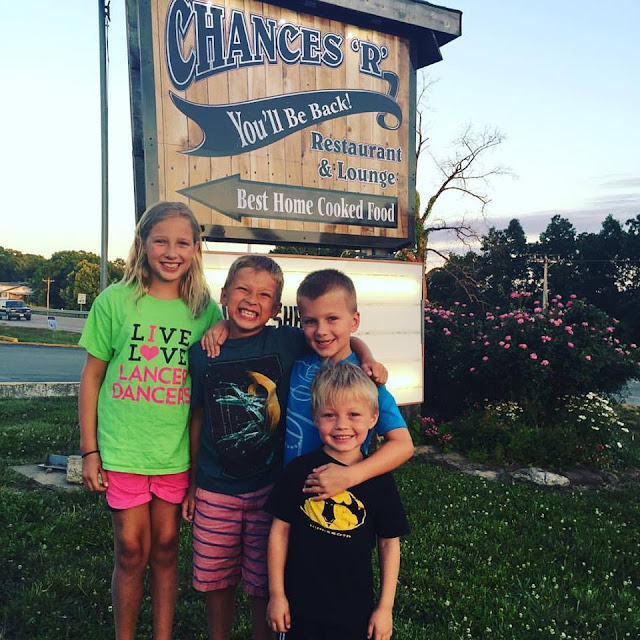 Thanks to some early morning construction happening at our neighbors we were all up and at it nice and early Saturday morning. Before things got too crazy I made the boys pose for their 4th annual "lake picture"--I think Kaden has grown a little more than Logie has, that gap seems to be getting bigger. 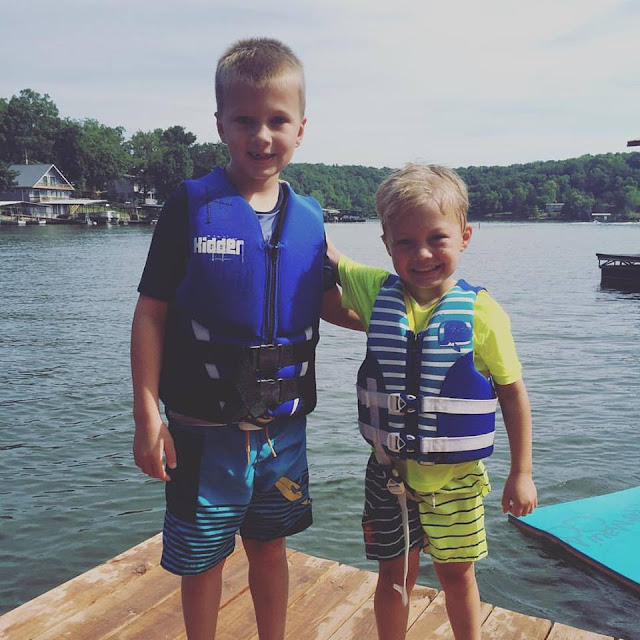 and then it was non-stop playing for the next 8 hours. Every once and while someone would take a little break and head back up to the cabin but that typically only lasted a few minutes before they were putting their suit back on and heading back down. 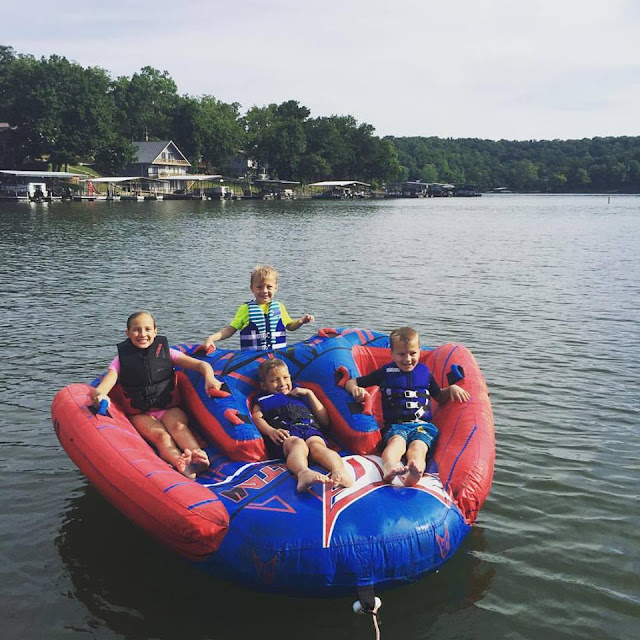 We had hopes of going out on the boat but when we tried to start it up it would start so decided we would charge the boat overnight and take it out the following morning for some fun. Which meant, the adults could enjoy the downtime too. 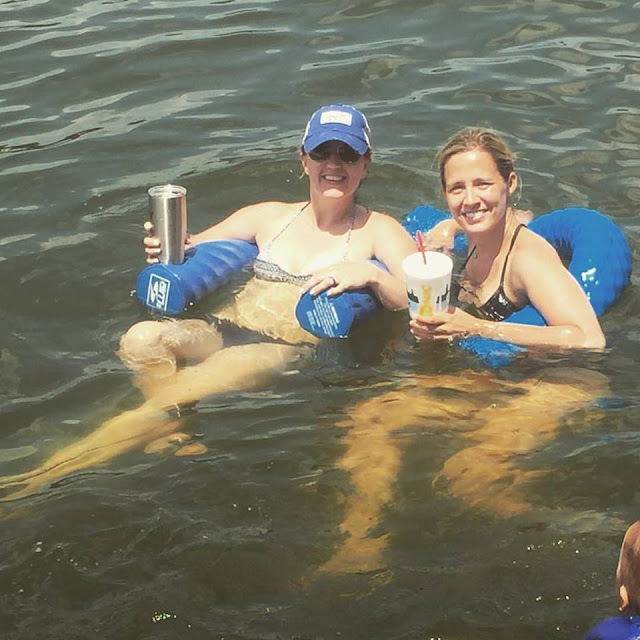 Logan was showing the big kids how it is done when it comes to flips and Jake jumped right in on the action too. Kaden, well he decided to let everyone else have the glory & stuck with what he knew.


& that was Justin with the booing in the background. Bedtime came nice and early and the kiddos were out in matter of minutes--after promising a dollar to whomever fell asleep first. Sunday morning started out with a few cartoons followed by a trip on the boat. Justin took us all tubing since the water was so quiet that morning. 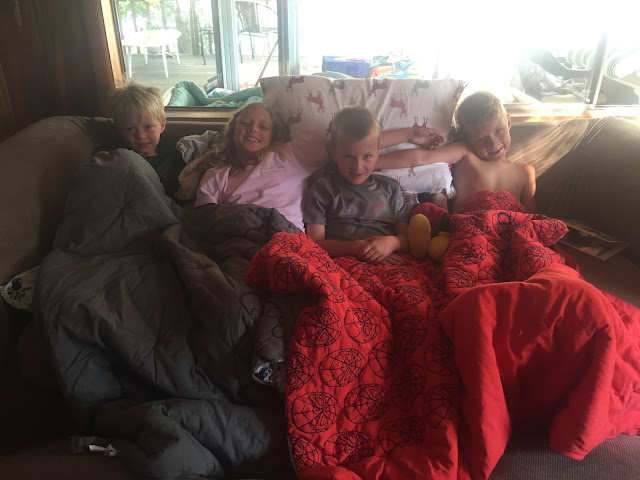 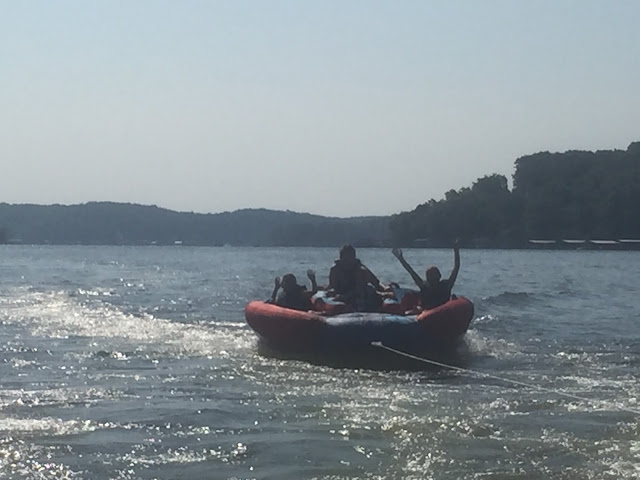 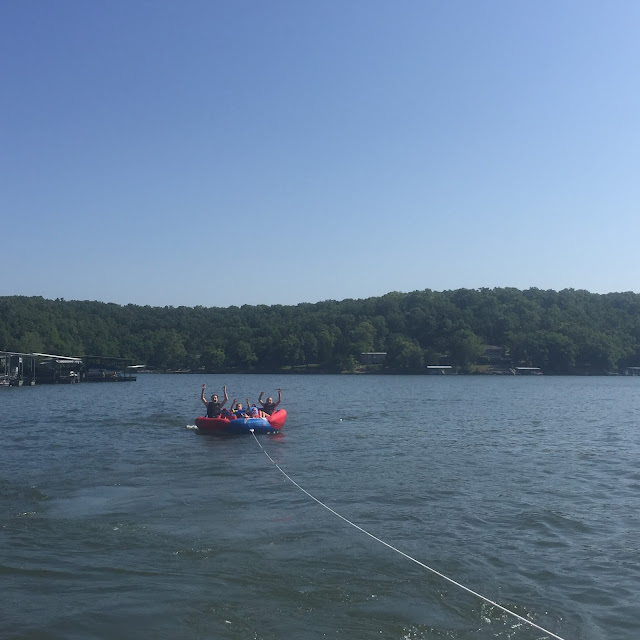 We then loaded up back in the boat and took it out for lunch at Coconuts. 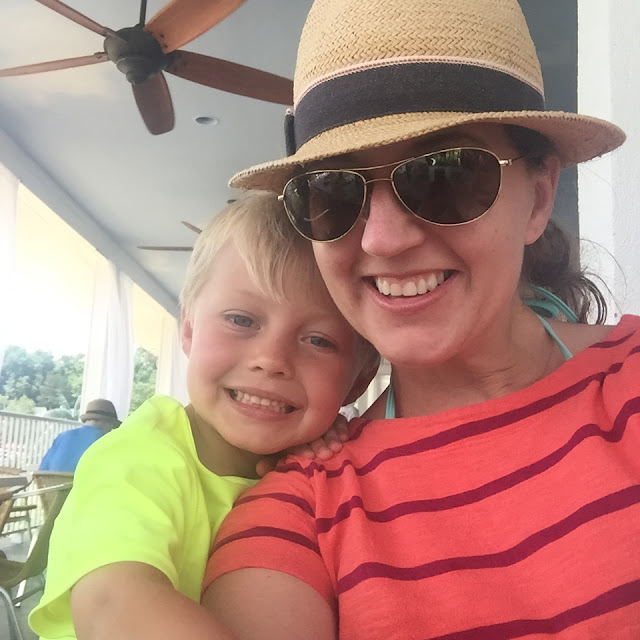 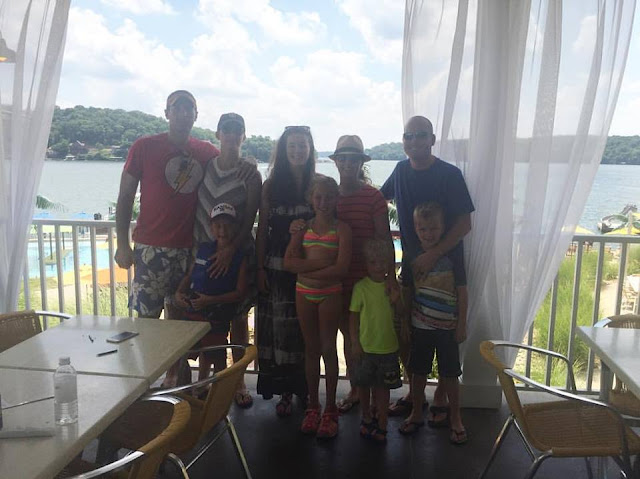 The little boys celebrated their dad's with Dad's Root Beer... 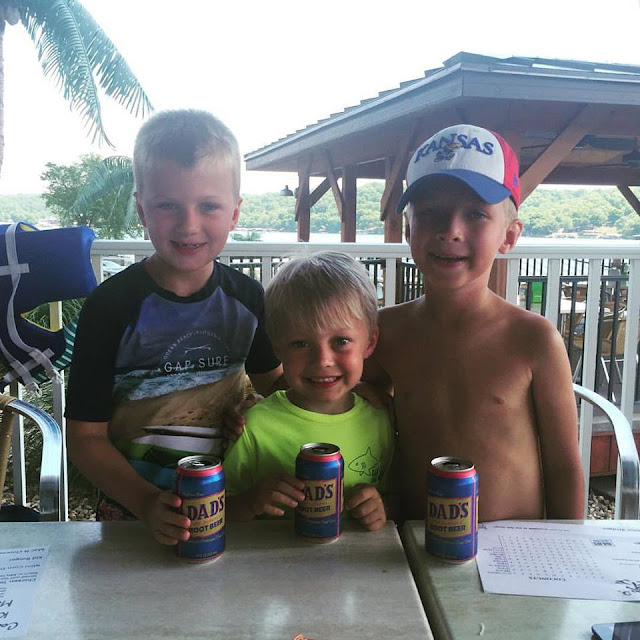 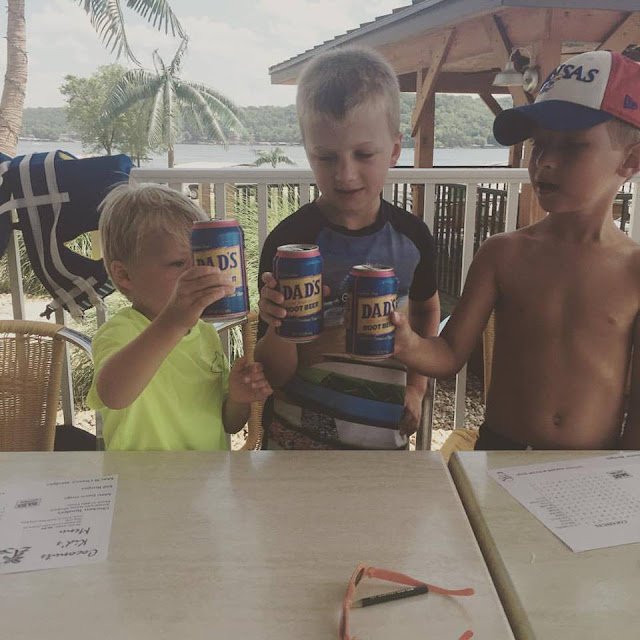 while the big boys celebrated with a little something more. 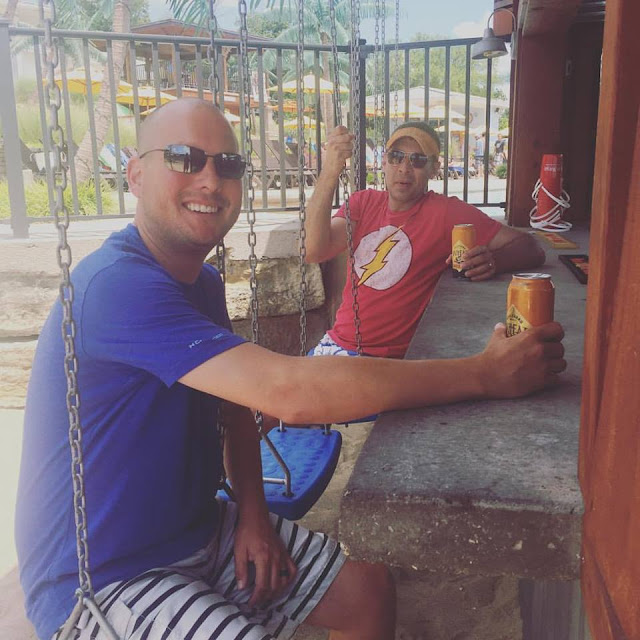 while the mom's watched the kiddos... 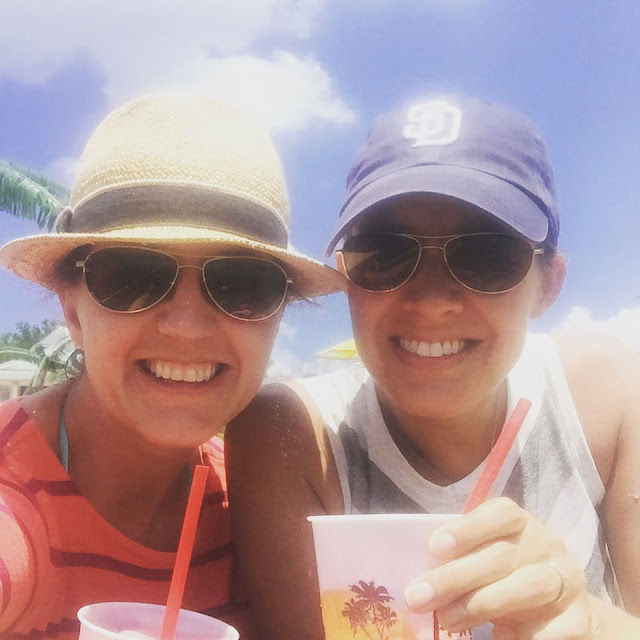 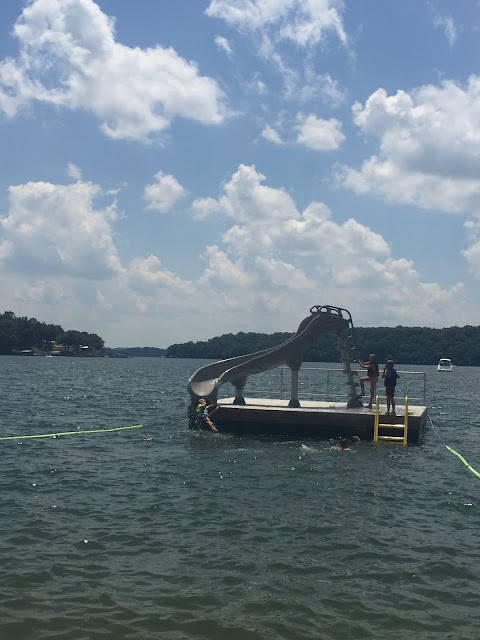 The weekend was one of those weekends were you just don't want it to end. The kids were having fun and getting along so well and honestly, I am one of the first ones to want to leave on Sundays so we can get back and get ready for the week ahead but I just wanted to soak it up as much as I could. 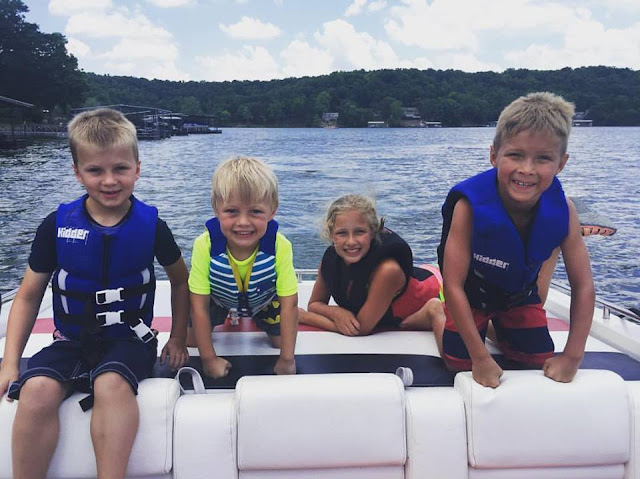 It really doesn't get old and I love that our boys will grow up with so many lake memories. Who knows, maybe one day they'll get to bring their own kids down, I mean that is the whole idea of a family lake house. 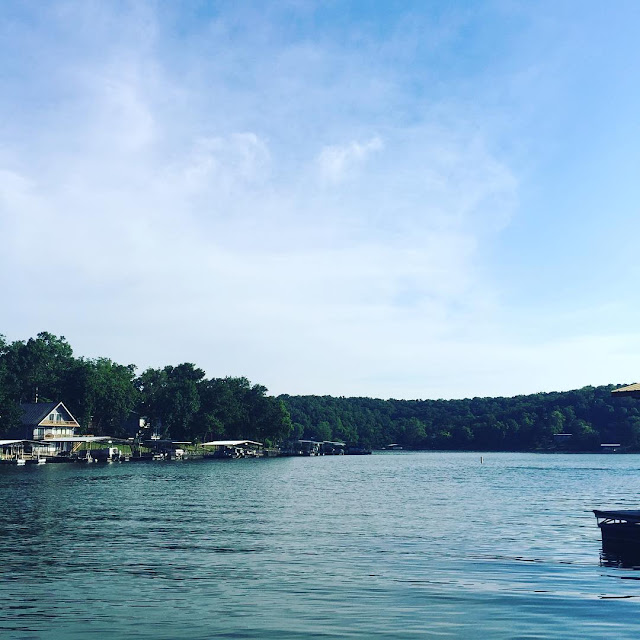