Happy Father's Day to this man. 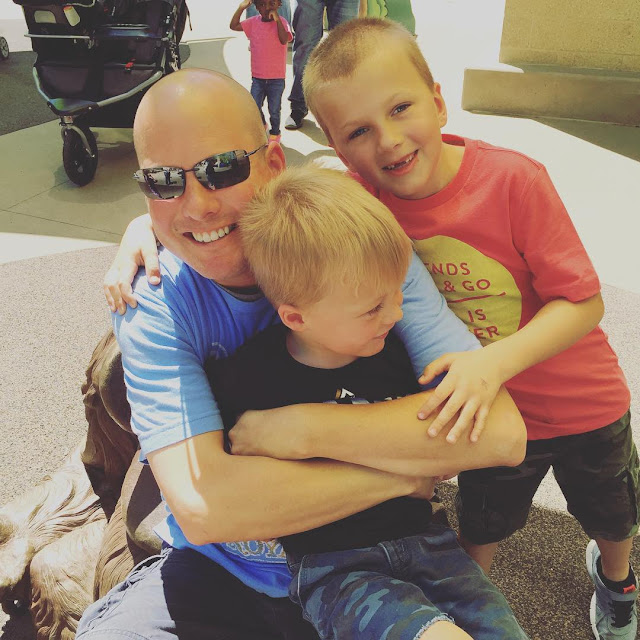 He doesn't receive as much credit as he should, I try, but it will never be enough. He takes care of so much around the house---cooking, grocery shopping, trash, anything car related. He is the best partner in life that I could have asked for & I am one lucky gal but as lucky as I am, these two boys are even luckier. They get the privilege of call him "Dad" or most recently, "The Big D".

It could be showing the boys how to swing a bat, catch a ball or how to make french toast--whatever it is, the boys are in awe of their daddy and look up to him so much.

If the boys take after their dad at all when it comes to being a father or husband they will be doing a pretty great job. So what do you do for the number one man in your life for Father's Day? You make him a card of course---and not just any card. A sidewalk chalk masterpiece. & no, this wasn't my idea, I stole it from Pinterest. 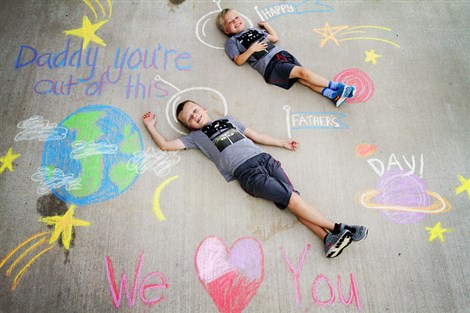 The boys helped when it came to a coloring in some of the planets and the heart they did all on their own. Their favorite part was dumping water all over it when I was done---we couldn't leave any evidence behind of our surprise.

I uploaded the images into the computer, edited one or two of them and then sent them off to the printer. As soon as the image arrived at the house we framed it and headed out to buy his gift. We picked out something he had been wanting for awhile and we knew we weren't going to be able to keep it from him for long so we decided to go ahead and give it to him early---after all, he was going to want to use this for our lake trip that weekend. We decided that we would just leave it in the car and then asked him to go out and get the boys' baseball stuff, he rolled his eyes but went out there anyways. 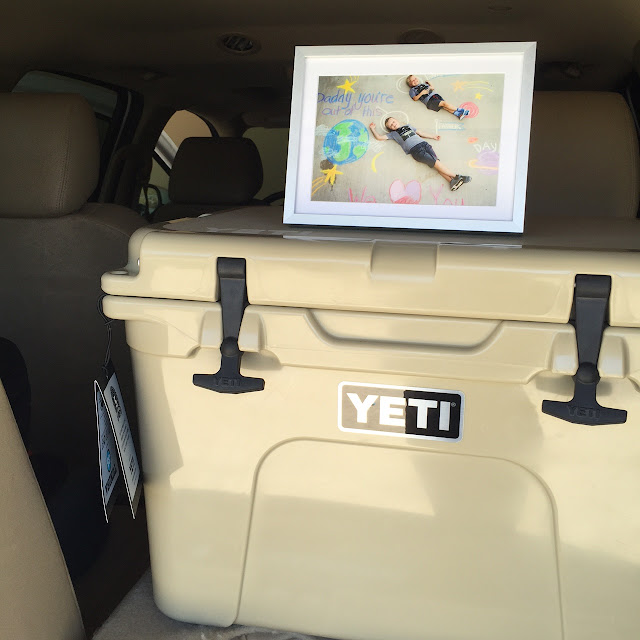 He was pretty stoked about the picture and even more so about his new YETI. Now he had a new toy for his Father's Day weekend at the lake.
Posted by Kayla South at 9:50 AM