The pool is OPEN

The day has finally come and the boys couldn't wait any longer to go swimming. It rained all day on Friday and Saturday of the week it opened up but on Sunday the sun came out and the boys were ready. 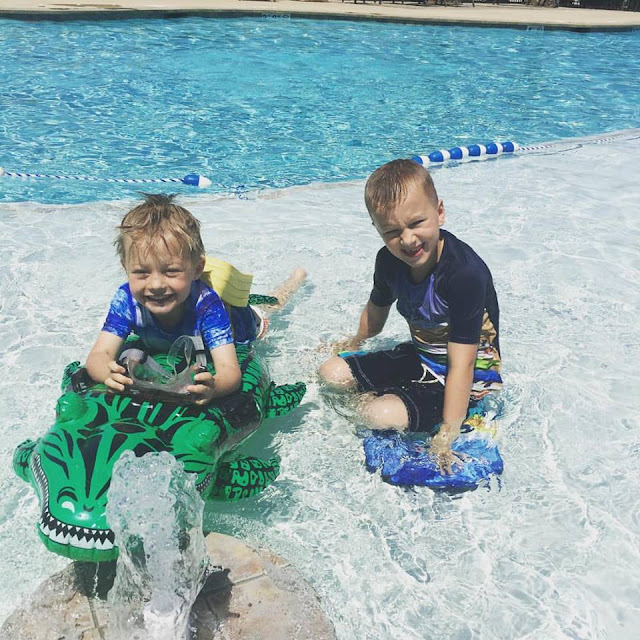 We pretty much had the whole pool to ourselves for the first hour and then a bunch of families started arriving and the next thing we knew, the pool was full. Full of people, splashes and laughter. Kaden was playing with kiddos from his school and introducing Logan to his new friends.

Logan was so excited to finally try out his new alligator he received for his birthday from his Grammy & by the look of it, it was a HUGE hit. Given a little more time he may have fallen asleep. 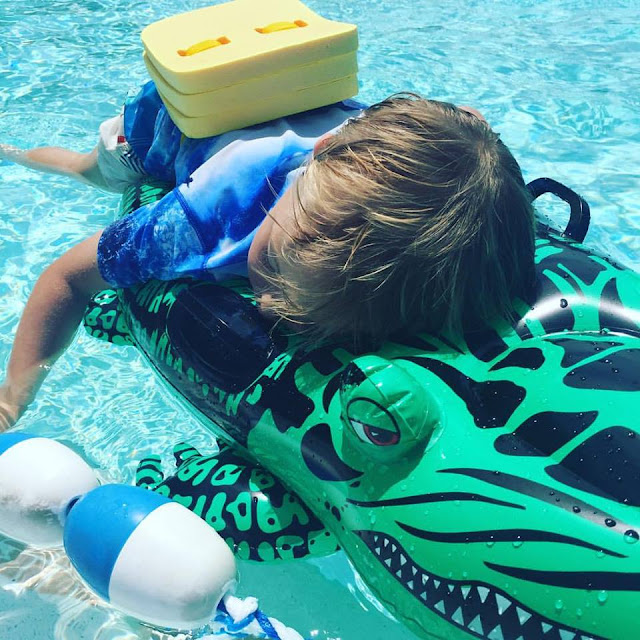 The highlight of the day came when Logan said he was going to "jump" in. Justin and I are lounging back in our chairs and the next thing we knew, he was FLIPPING into the pool. Did we really just see that?  A few other parents were just as surprised as we were. He did it a few more times and then I finally captured it on video the following day.

The pool has now been open for a little over a week and every day that we have been home, we have been down there. Kaden's a pretty good swimmer already but I bet by the end of the summer we will have two little fishes on our hand.