The First of the Lasts

Well that didn't take long. We blinked and kindergarten was over. Seriously, just like that. 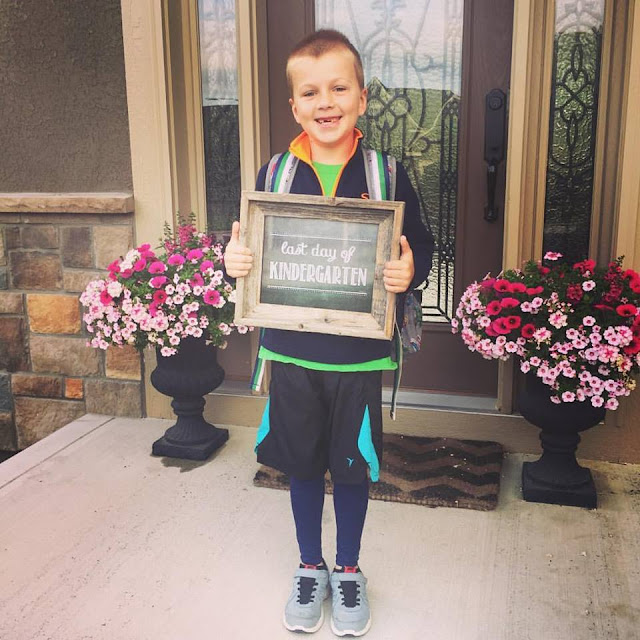 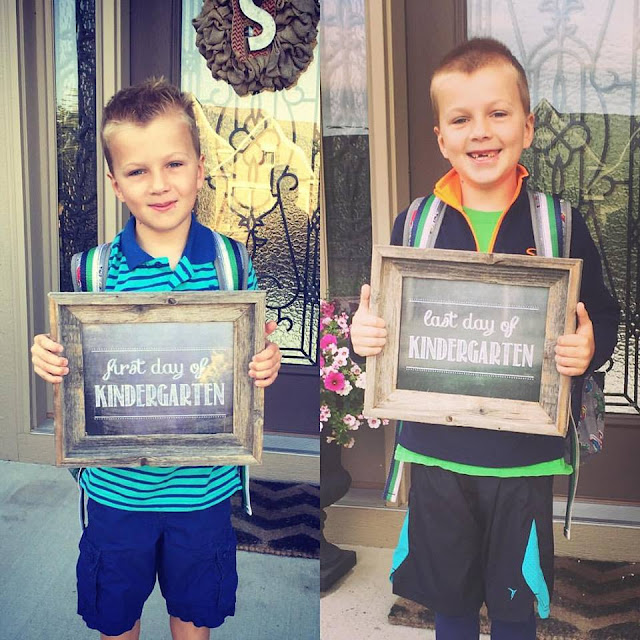 A few things, outside of the expected, that changed from the first day of school to the last:

1. His hair---we went with the summer buzz a few weeks earlier than anticipated.

2. Number of teeth--he lost a total of 3 teeth of the course of the school here and one during the very last week of school. He said his teacher did not like loose teeth, that it grossed her out which made it even better for him and the rest of his class,

3. He grew about 3 inches and went through no less than 4 pairs of tennis shoes.

4. His independence. He started the year out with wanting me to join him at the bus stop to see him off but by the end of school he "could do it himself".

Such a great year for so many reasons and we couldn't have asked for a better teacher for Kaden. Ms. Timmerman set the bar and we are keeping our fingers crossed that Logan gets the lucky draw of her too. She allowed Kaden to be Kaden. She didn't force him into doing things that he wasn't able to or didn't fit his personality but gave him options and redirected him so that he understood the why. He became a stellar reader which evolved into a stellar speller and when he wanted to, had wonderful handwriting but sadly, his wanting to was far and in between. We'll tackle that this year. We also have to work on slowing down on our work. Taking our time, learning that it isn't always about being done first, it's about doing the work correctly so that you don't have to redo it later. But hey, it's kindergarten, he'll figure that out by the time he's 18, for now, I'm happy he made new friends and figured out how to get to and from the bus. 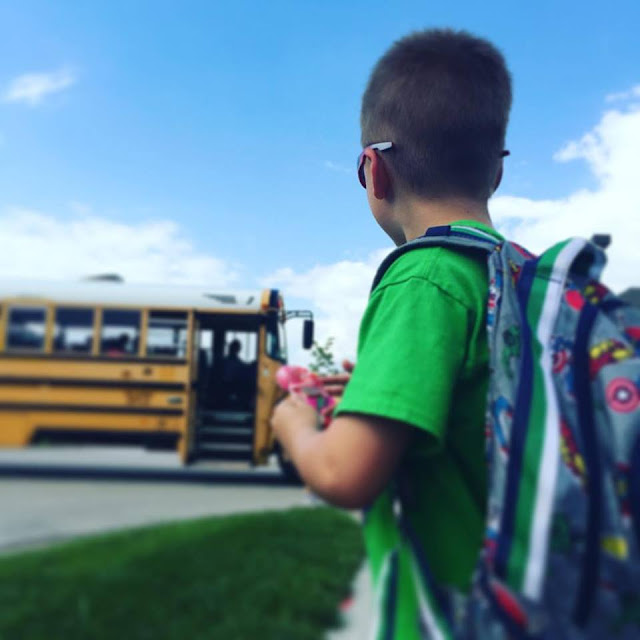 And don't even get me started about the emotions that came into play when I walked into the house from a long trip and saw his first yearbook... 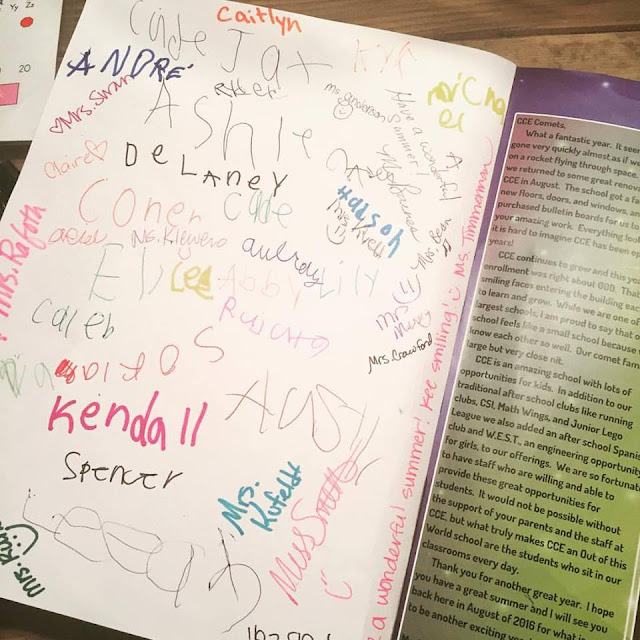 But Kaden wasn't the only one that was finishing up a school year, Logan was saying good-bye to Pre-K and hello to the big leagues. 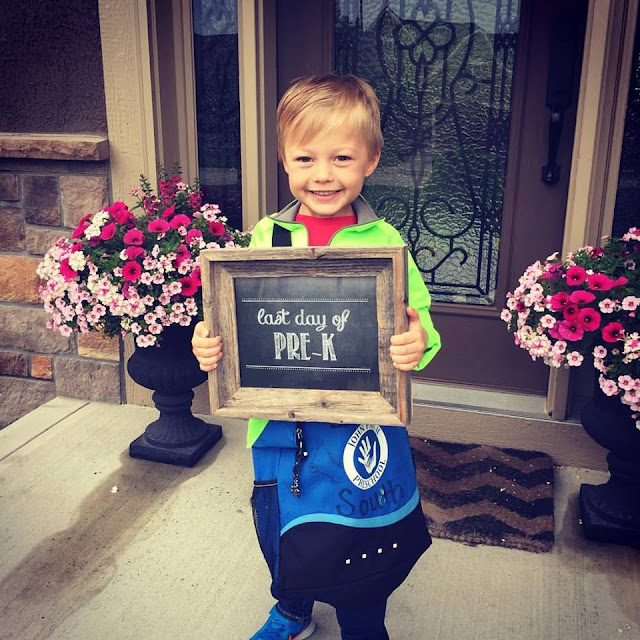 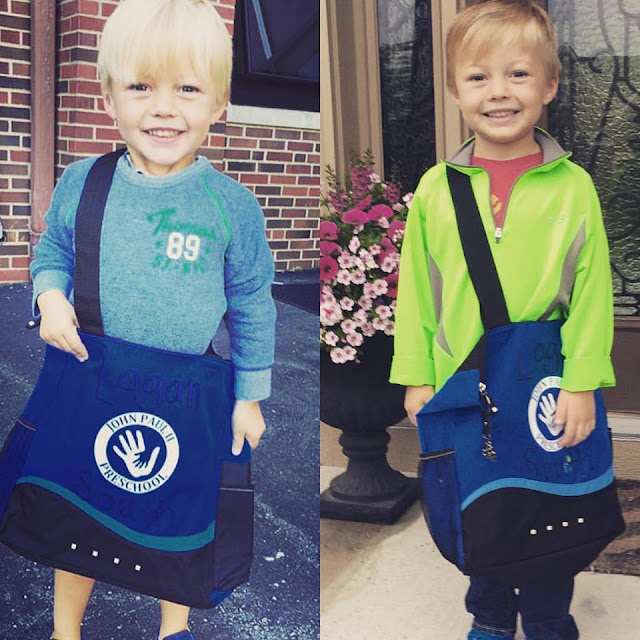 Not as much changed for Logan from the first day of school to the last except the number of people that fell in love with him. He started off attending pre-k in the mornings on Tuesdays, Wednesdays and Thursdays. Either Justin or I would pick him up around 11 on each of those days and drop him off at Brenda's for the rest of the day. About 1/3 of the way through the second semester, Ms. Brenda accepted a new job outside of the home & Logan started attending full-time. He started spending his mornings on the pre-k side and his afternoons on their daycare side. I wasn't sure how the transition would go but he LOVED it. He loved hearing about what was for lunch and then either making his lunch or informing Diane that he wanted a hot lunch that day. & it didn't take long until he had every teacher wrapped around his fingers & not once did he remotely have a bad day. They said he was smiles all day, every day and that he had the best laugh they have heard---I could have told them that!

The end of the year celebration came and although I was a little sad to see us walk out of that school for the last time, he was beaming with joy that his next stop was kindergarten. I just keep telling myself that it will all be okay, that he will forever be my baby... 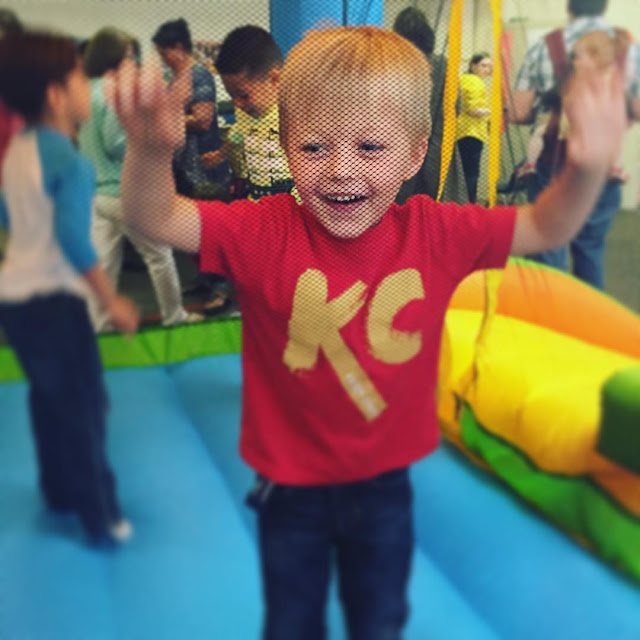 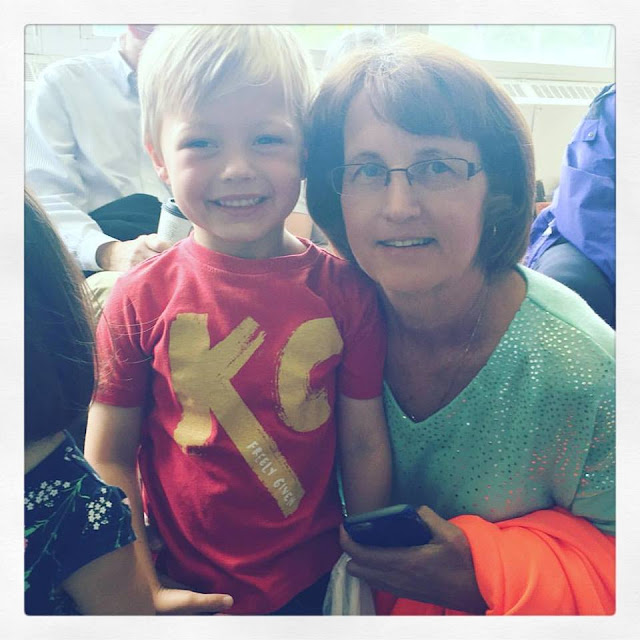