Take Me Out to the Ballgame

The last couple of years we have taken the boys out to The K for Logan's birthday. When he turned two it was on this birthday party, last year it was on his actual 4th birthday & then this year, a few days early.

The Royals had been on a long road trip, that didn't go well at all, and we had yet to be out to the fields for a game this year so we bought a few tickets and headed to see our boys in blue play. 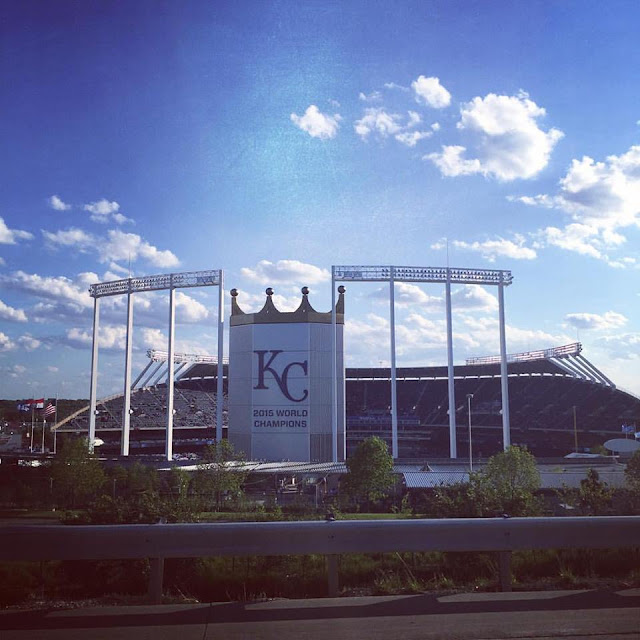 I had hopes of getting there a little earlier so that we could get the boys their Blue Crew kits but the boys wanted me to make them a few signs so we rolled up just in time to grab a picture of Logan at the bottom of the stands, hear them announce the teams and sing the National Anthem. 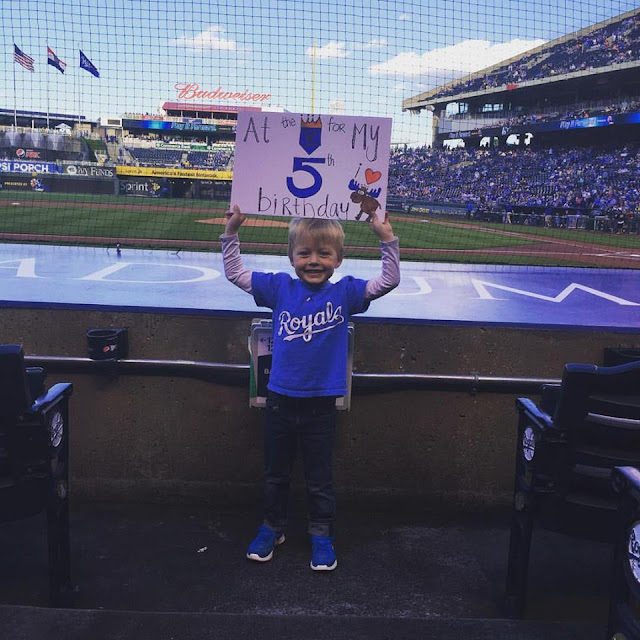 The game seemed to be going fairly quickly at first and the boys were cheering their favorite players right along as they held up their signs. Next thing we know, a Fox Sports KC cameraman is walking by and asks what Logan's sign says. He reads it and says to give him a minute and he will get him on TV & sure enough, my phone started blowing up as people saw him on the broadcast.


Shortly after we headed out to see Slugger. He always does a meet and greet with fans during the 4th inning so we ventured out there to get in line. This year Slugger had a little extra bling to show off. 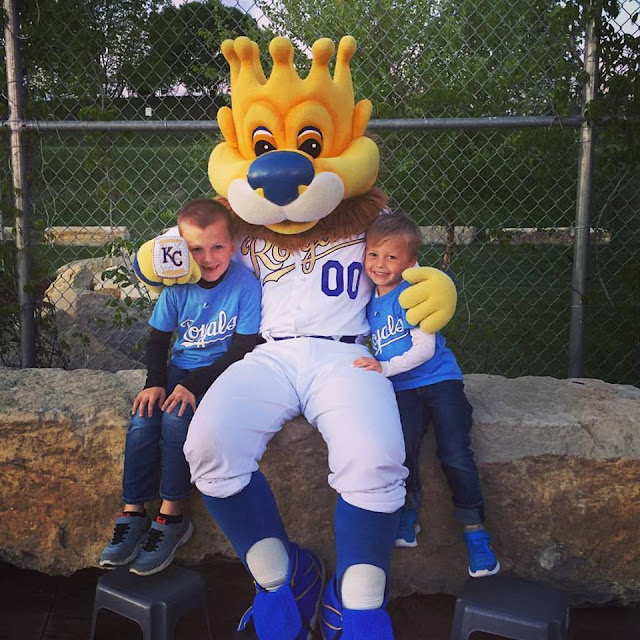 We lasted until the seventh inning and at the time we left, we were losing and it wasn't looking good but as I hopped into bed for the night, I saw that I missed one heck of a finish. Good thing we recorded it.

The Royals are 1-0 with the South clan in attendance this year, here's to hoping they can turn their bad luck around!
Posted by Kayla South at 1:55 PM