Sunday was my day. It was Mother's Day. And I woke up the best way possible--to Kaden coming into our room handing me a homemade card that he had made at school. He gave me the sweetest hug and wished me a Happy Mother's Day.

I love that kid, he has such a good and pure heart, even if it was 6:30 in the morning.

Justin got up and told me to keep sleeping, he didn't have to say it twice. Next thing I noticed my three boys were bringing me breakfast in bed. French toast with a breakfast burrito. Not on my diet but that could wait and it would wait.

After delivering me breakfast in bed, Justin shooed the boys away and told them to give me a little time to watch my latest binge show--The Walking Dead.

As great as it sounded, I wasn't going to spend the whole day in bed so I got up and around and we headed out for a few hours. First stop, Costco. Next stop, Grammy's to wish her a HMD & before  heading home, Suburban Lawn and Garden for a couple Mother's Day Rose bushes. Somehow we managed to get home and got the bushes planted just before the rain came in. 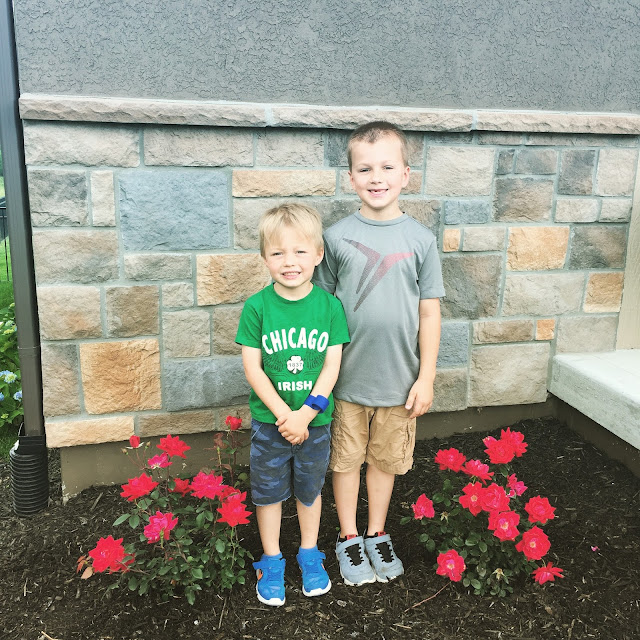 I knew Justin had salmon on the menu for dinner and I didn't want him to cook twice so I suggested that we head to Johnny's and I once again forgot about that healthy eating I was doing--it was another good choice.

The boys had been looking forward to playing outside all day but the rain really wasn't letting us so we did what anyone else would do---we joined in. They rode bikes while I shot some baskets and then we got the bats and balls out and had a little driveway home run derby of sorts.

This day was supposed to be about motherhood and I couldn't imagine a better image than being out in the rain with my boys, playing ball & collecting a few worms along the way. This was life. And this was good. 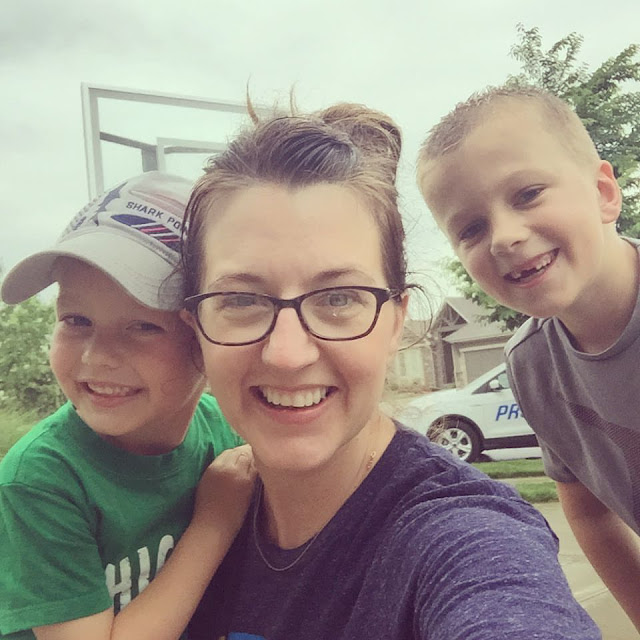 But the day didn't end there. The boys allowed me to relax on the couch, mostly because Grammy came over and partly because they are the world's best kiddos. The evening finished off with great big hugs from my boys and them somehow wiggling their way into our bed & convincing me to let them stay up and start a new Netflix series--Flash. I was weak. I gave in & I am so happy I did.