It's birthday party time which meant asking Logan what type of party he wanted for his 5th birthday. Which also meant that I would receive at least 20 different options ranging from any number of superheroes to an all out DC Comics superhero party and from bowling, to a pool party, to a jump party. Every single day it changed.

Finally, he settled on a superhero party at SkyZone. He was happy, which meant, so were we. I suggested that since we were having a SkyZone party that we should take a few pictures of him jumping on his bed for his invitation. He obliged. 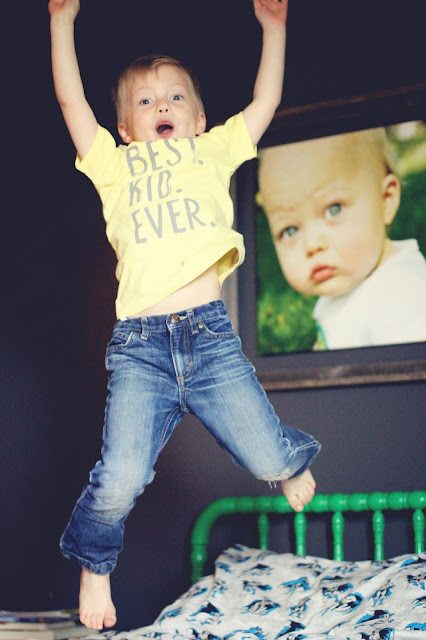 & then I reached out to Art Homer on Etsy and had this little gem created. 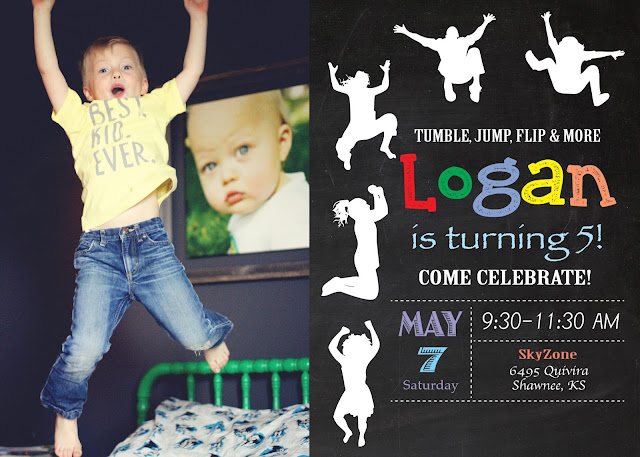 and you know I can't just show you one, here are a few of the outtakes--or rather, the ones we didn't choose. 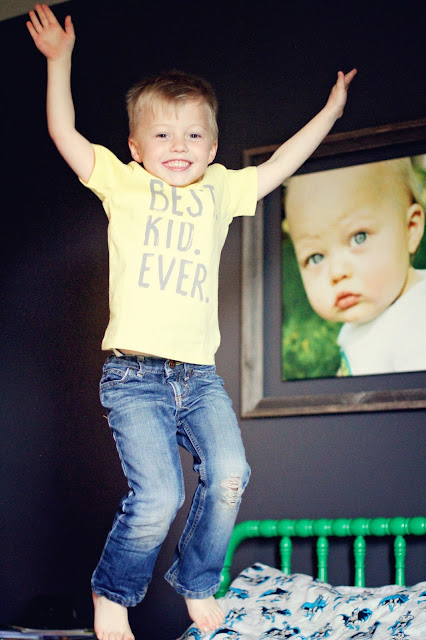 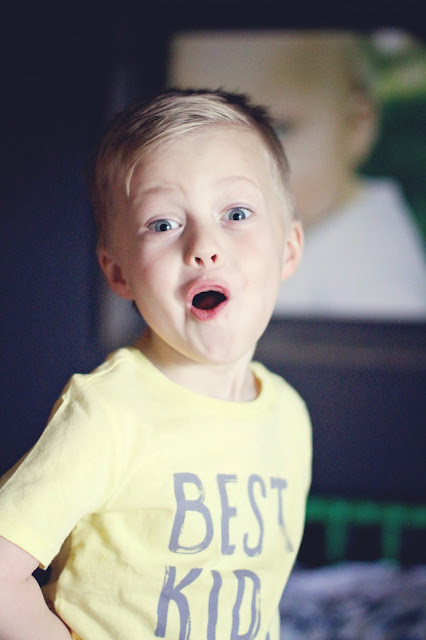 The shirt says all you need to know. Best. Kid. Ever.

Since he settled on SkyZone they would take care of most every aspect of the party planning for me. All I needed to handle were the plates--if I wanted to, the cake, cookies, cake pops & the fun.

We could handle that.

I did a little shopping on Amazon, Etsy and at Target and then reached out to a few of my favorite bakers and cookie makers and asked for some of their best work.

It's not a South birthday party without some cake pops by Shanna at MoMo Roo and Logan went nuts when he saw these Avenger cake pops. "These are so awesome, Mom!" I agree, yes, they are, yes they are. 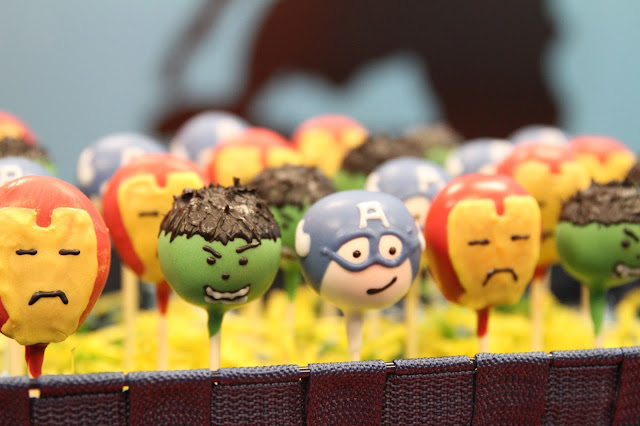 & then Tiffany out did herself with a small Captain America cake that we could put a few candles on and let the birthday boy make a little wish. 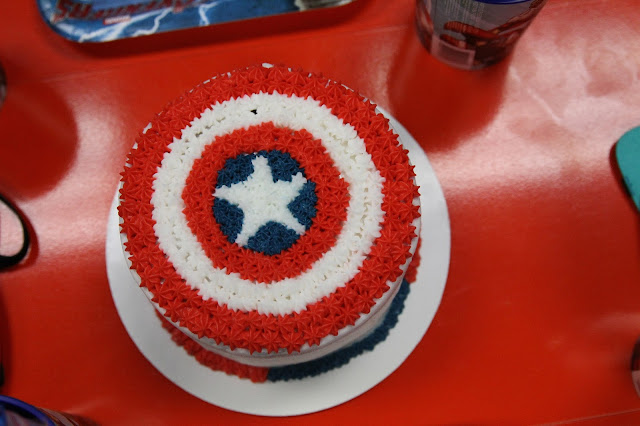 Last but certainly not least, the cookies---and Sarah hit another home run for us. Her Avenger cookies were a hit with all the party goers, even the littlest of the party goers. 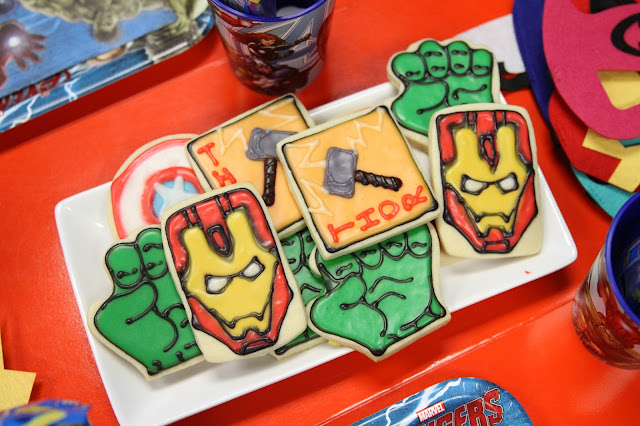 The room was set up and ready for the kids to come and enjoy the treats but first we had some jumping to do. 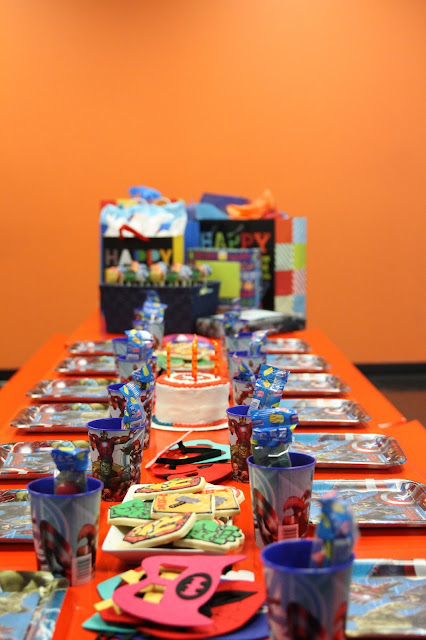 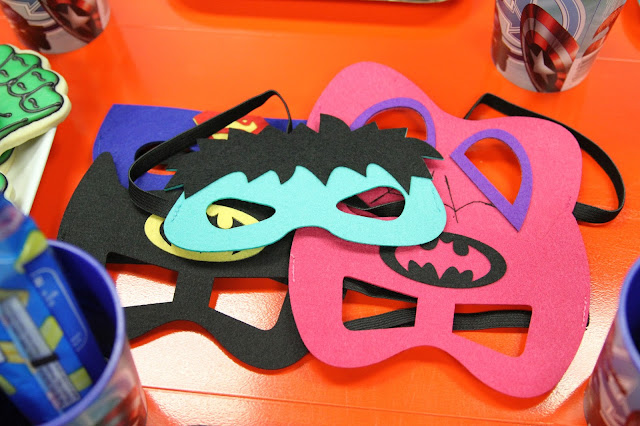 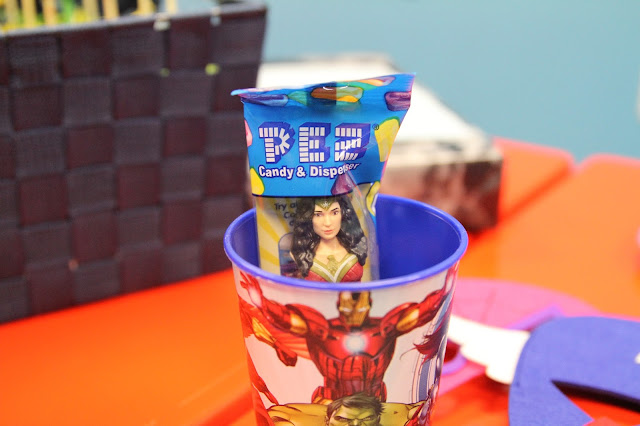 The kiddos jumped for an hour. Nonstop. 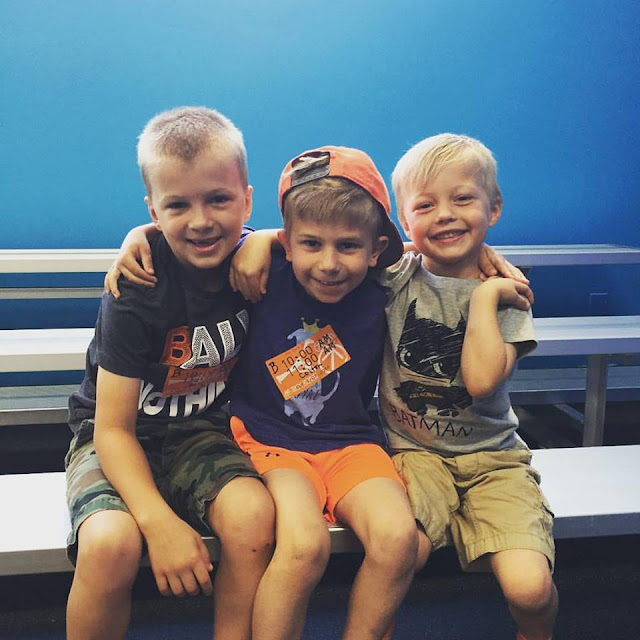 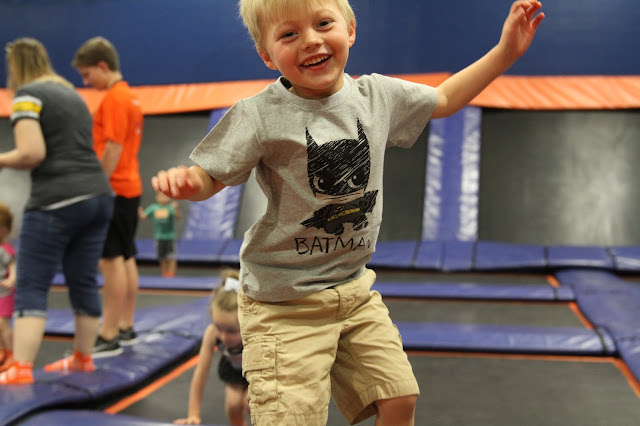 They played dodgeball. With the big kids. 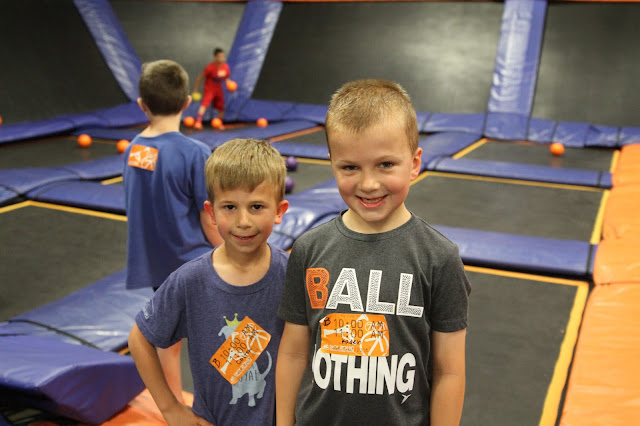 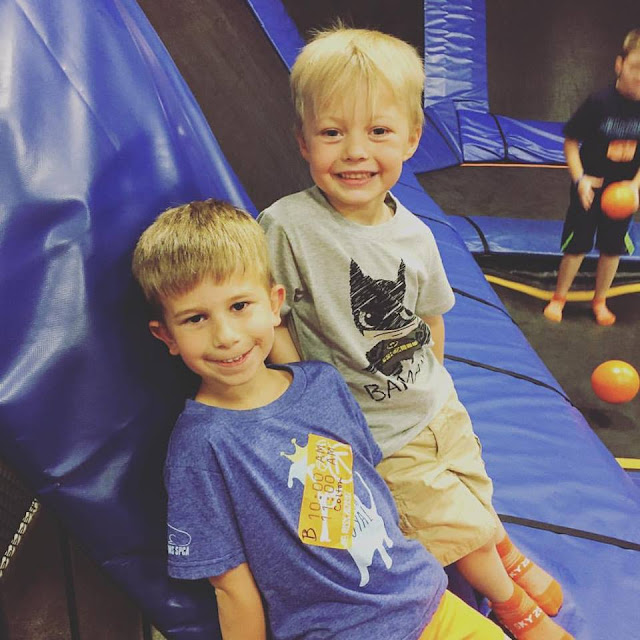 And then they ate. & ate. A cookie after a cake pop after pizza. 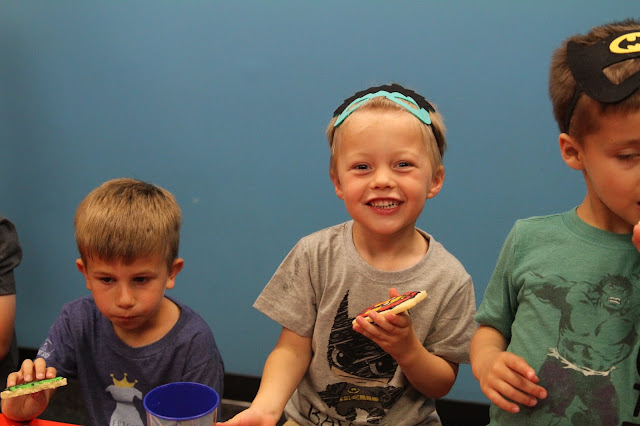 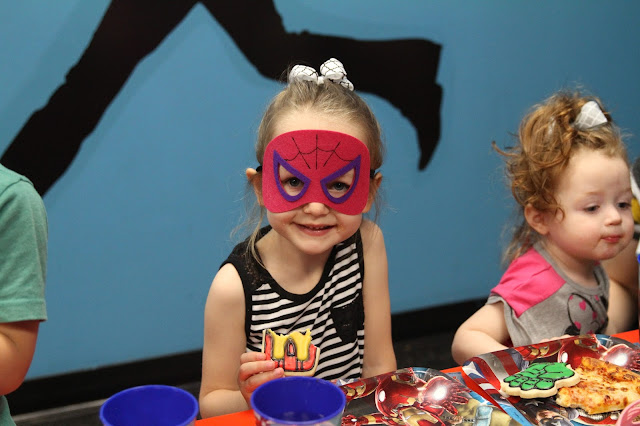 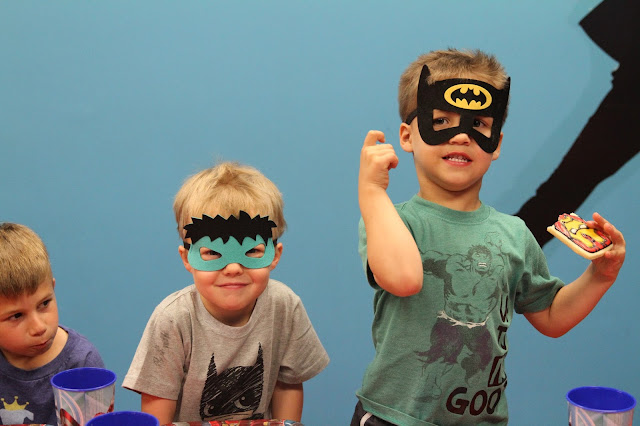 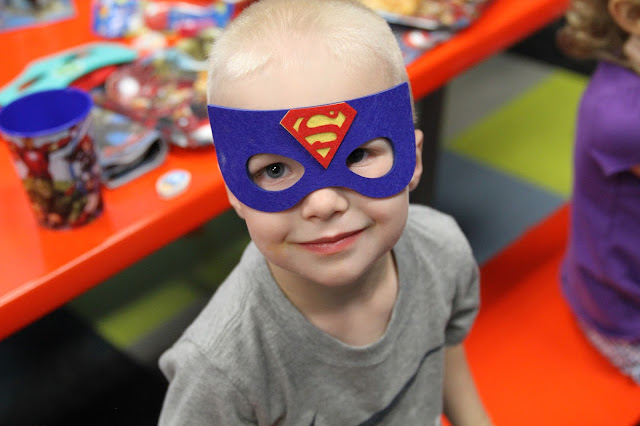 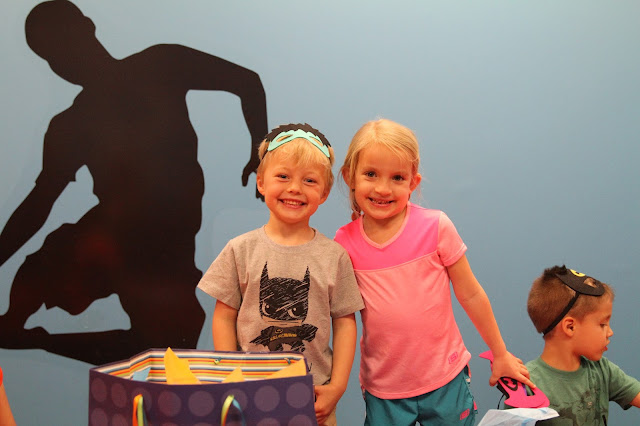 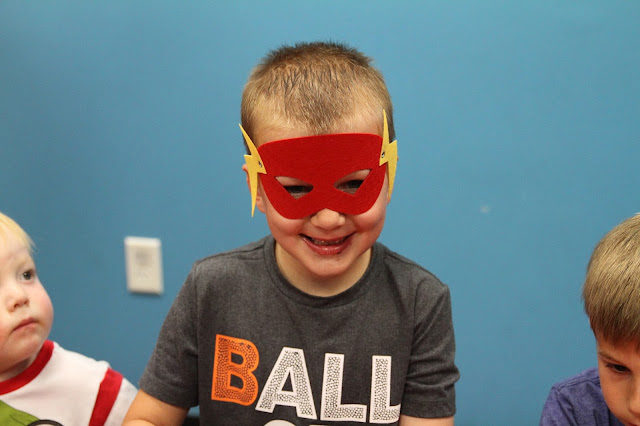 & we actually got them all to put on their superhero masks and take a picture for us. How cute are these tiny superheroes. And man, Kaden is tall. 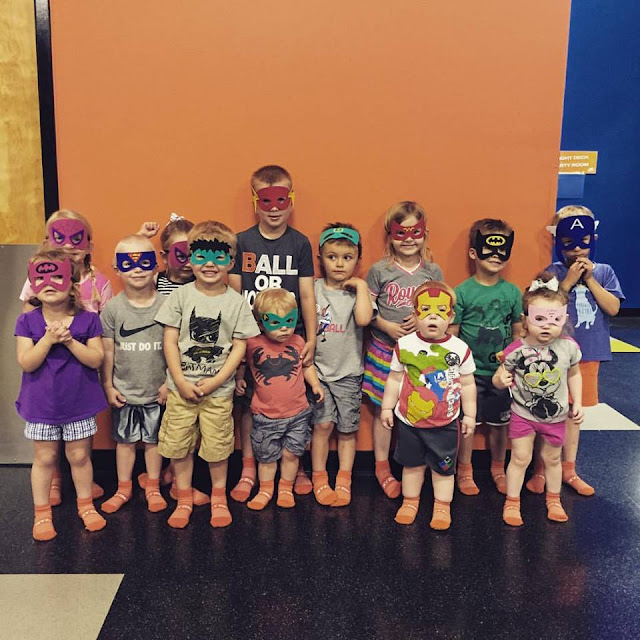 Thank you to all our family and friends for coming and celebrating this lil man, it means so much & just so you know, we couldn't wipe the grin off his face for the entire weekend. 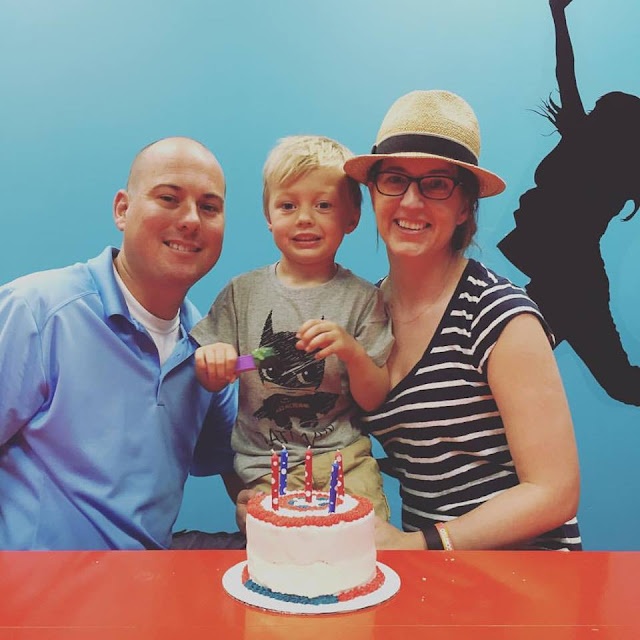