& the day was here. He's five. I was recently told from someone that their grandmother use to say that the days may be long but the years will fly by & it couldn't be more true. It's like I blinked and here we are.

When Logan was two and three I would take the day off from work and we would spend the day together. We would hit up Monkey Business or Sky Zone in the morning and then meet daddy at Fritz's for lunch. Then he got bigger and wanted to celebrate at school with his friends and I couldn't say no to that, so our celebrations waited until later. This year they were a little more special because Papa Tom and Grandma Sara were able to join us--having retired parents is just awesome!

They arrived just in time to meet Kaden at the bus stop. 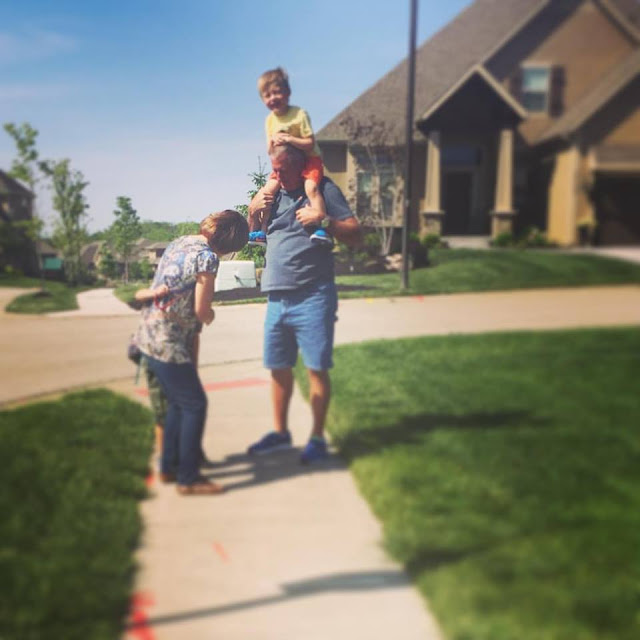 & then it was off to dinner--Logan's choice. He contemplated where he wanted to eat for a few seconds and then shouted out, "The SAND PLACE.". So we headed to the sand place... 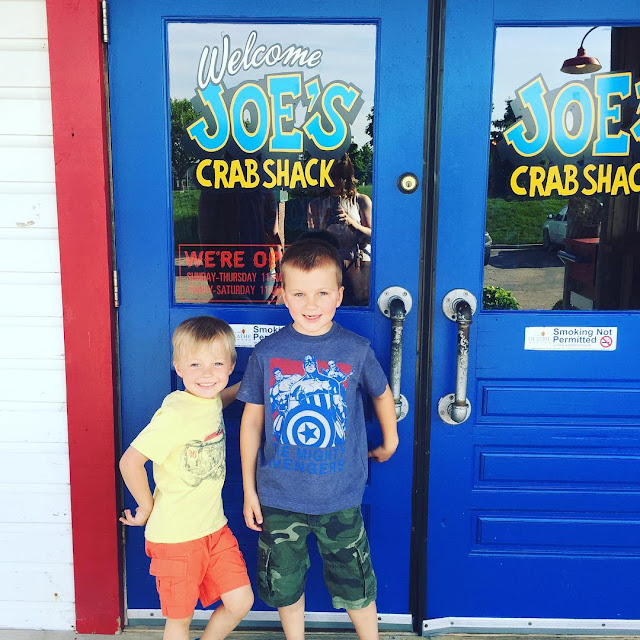 Yup, Joe's Crab Shack. Logan doesn't care about what kid of food they serve, he just wanted to play in the sand on the playground--wish granted. 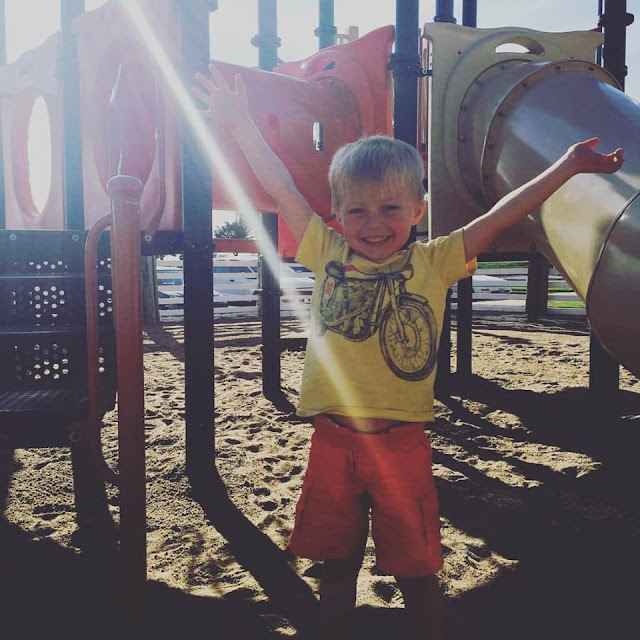 The boys ran and played as the rest of us sipped on a few cocktails & by the time the food had arrived the boys were ready to eat. Logan stole his Grandma Sara's corn and she just let it happen. Guess she wasn't able to say no to the birthday, I mean, who could. 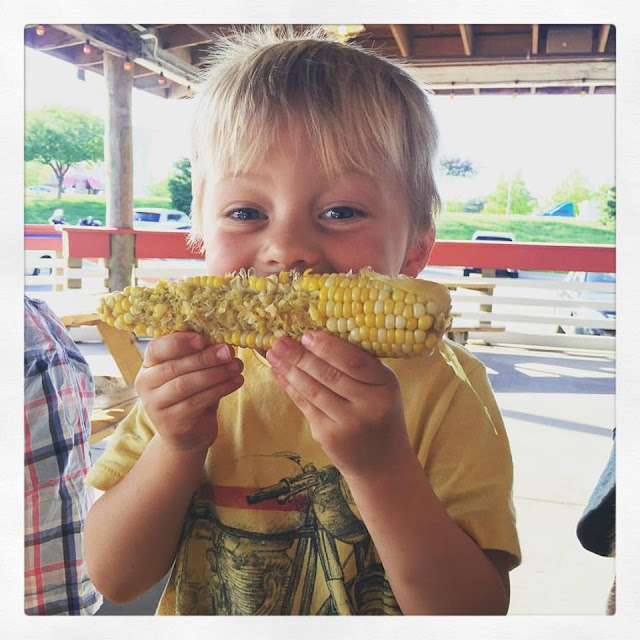 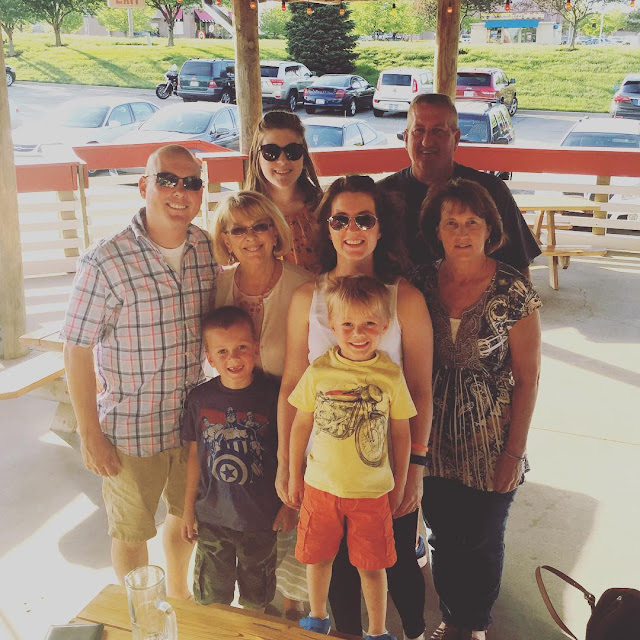 After dinner we headed home for a little cake--homemade cake. Logan isn't the biggest sweets person but he knew he wanted a cake with a "5" on it and he wanted sprinkles. Easy enough--I'd made one before for Kaden on this 5th, I'd just recreate it. Use different sprinkles to make it "his" cake. I think he approved. 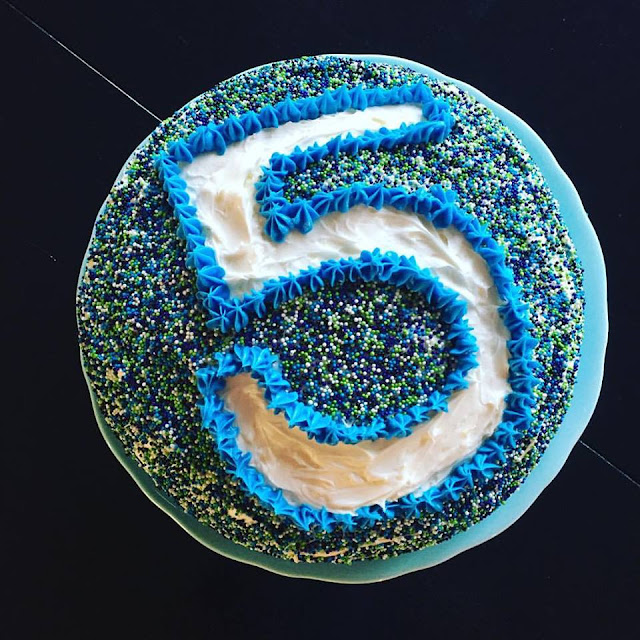 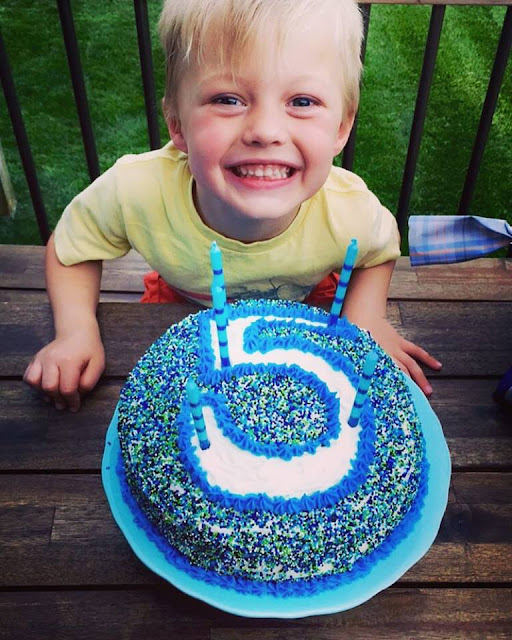 Although he didn't eat a single bite of it until I was about to throw it away in the trash and then he and Kaden begged to have just a few forks full before heading off to bed. I'm a sucker so they chowed down. 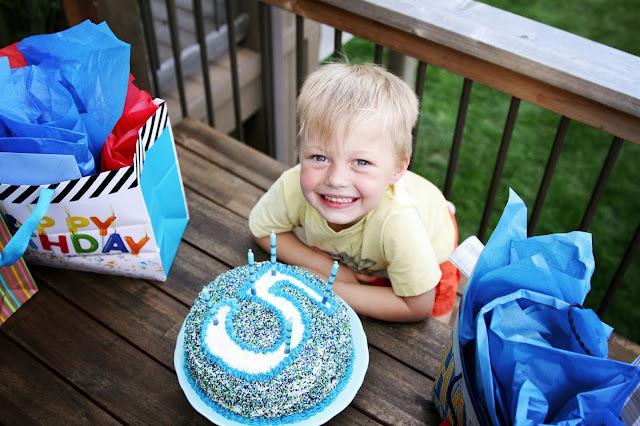 After cake he opened a few presents---walked away with a couple shirts, some new Frogglez, a beach towel & a blow up alligator for the pool, TMNT weapons, a Batman--not a small one mom but not a really big one either, just medium size-- and then Boomer Zoomer--a robot that can walk. 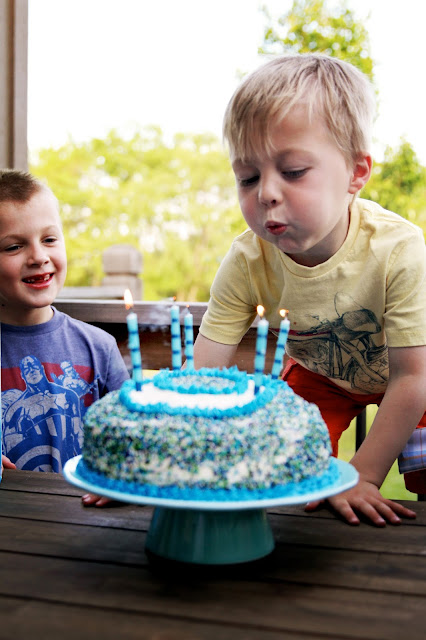 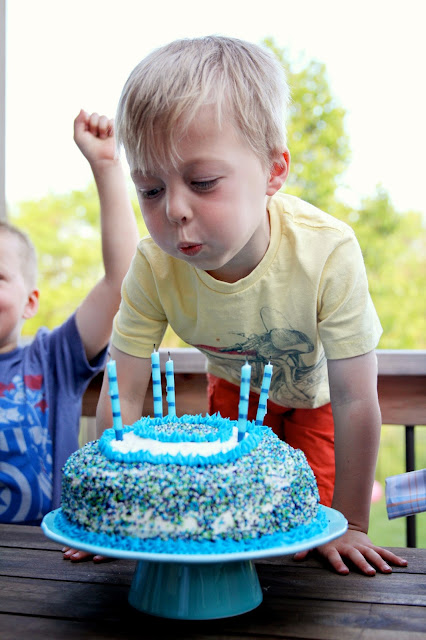 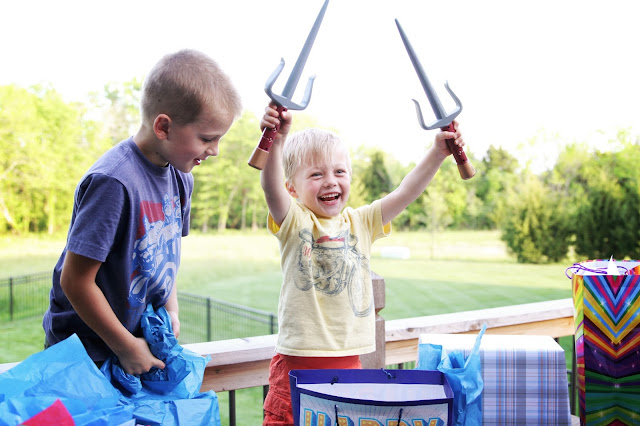 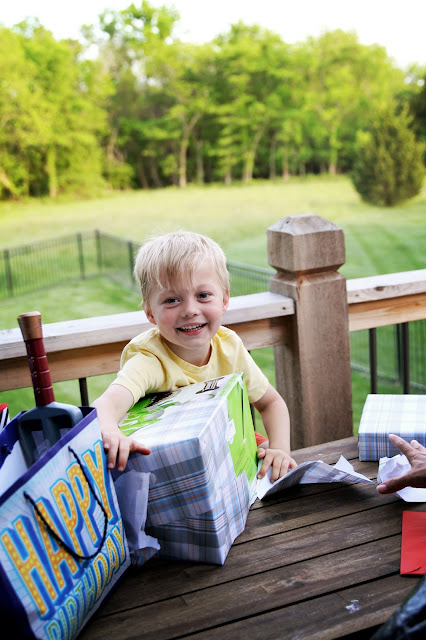 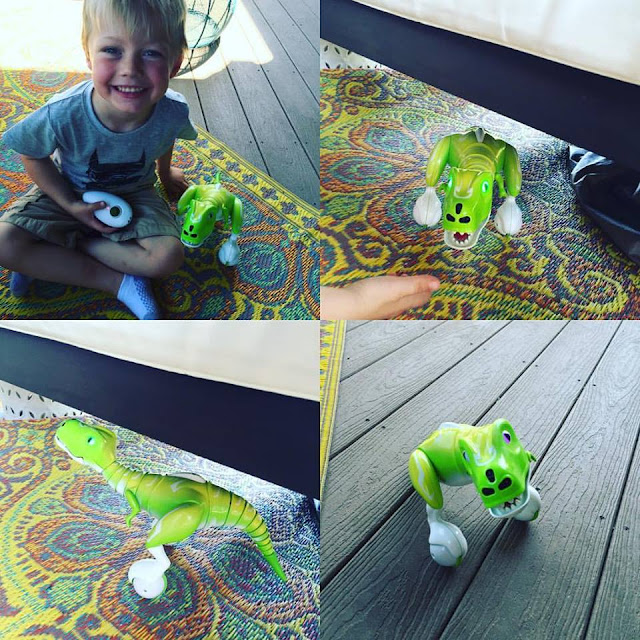 It was a perfect celebration for one pretty perfect little kiddo. & even these two other kiddos enjoyed themselves. 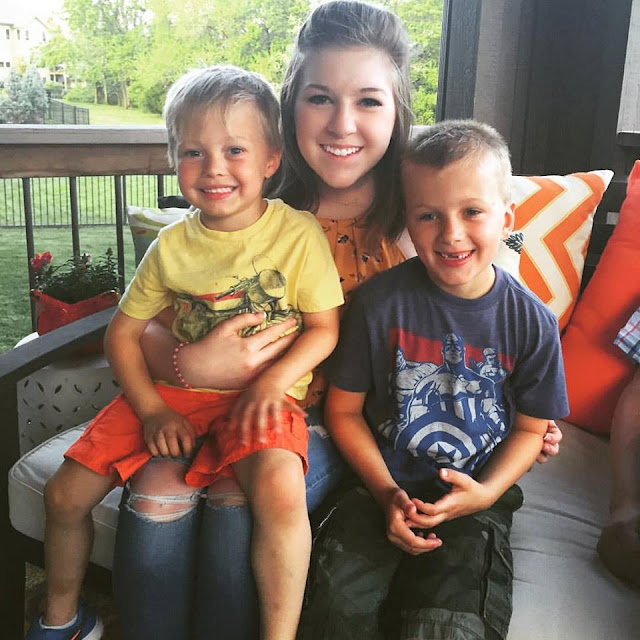