For good. But it has been quite the roller coaster these past 3 weeks getting here and we weren't sure if we would.

When the call came in from Cherokee Animal Clinic on Friday morning I kind of froze and didn't even realize I had started to hold my breath. I answered and tried my best to follow along to what the doctor was saying. 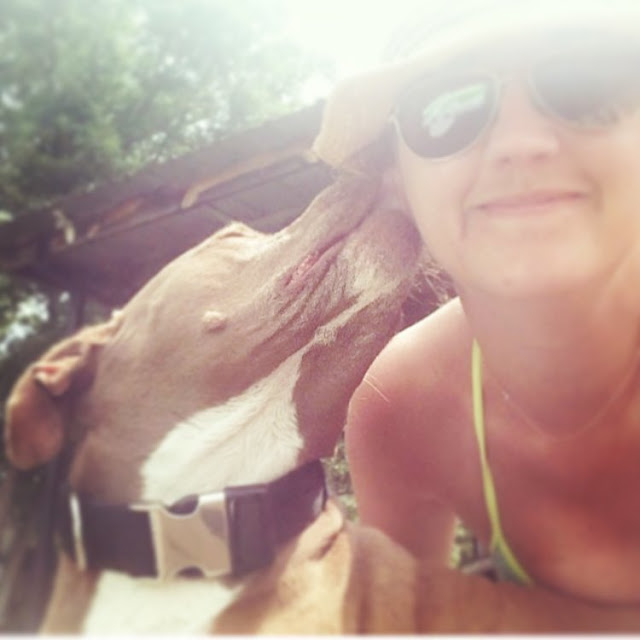 The majority of the lab work came back better than it had the day before BUT she wasn't eating. They had given her an appetite stimulate the day before and again that morning but nothing yet. We discussed all the lab work and what it meant and then he gave us three options---all of which they completely supported. The fear was that she wasn't eating. She needed to eat because if she wasn't eating it probably meant there was more going on or it was her way of telling us she was ready. I'll be honest, I did not have high hopes and if not for all the outpouring of love Stoli received I don't think she would have pulled through that day.

I called back around 2ish to check on her and they said that she had started eating but we weren't sure if this had to do with the fluids and the appetite stimulate so we made the decision to pull her off the fluids and have them watch her through the weekend--I couldn't bare bringing her home only to have to say good bye to her again. We had a plan. A good one & then I changed it. I called back and asked if Stoli would be alone throughout the weekend or if someone would be there at all times and since it was the weekend they only had someone come in a few times a day to walk and check on the animals. She'd be happier at home so I made an appointment to pick her up the following day around noon, giving them ample time to observe her.

When I picked her up on Saturday her tail was wagging and they stated that she was better than the day before. & she was. So she came home, again. & this time with a number of medications. 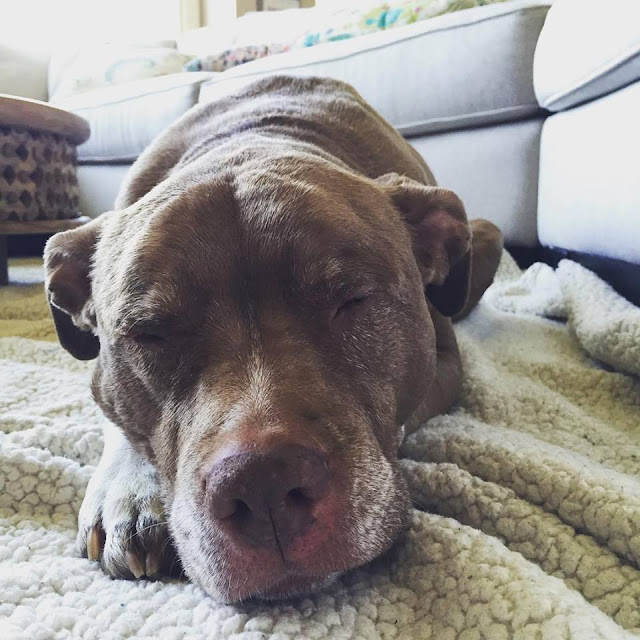 It was also Justin's birthday and certainly a good birthday present for him. We loved on her and prayed that she would start eating something, anything but she didn't. Justin and I were trying everything---browned hamburger, chicken, rice, cottage cheese--nothing. We began thinking about what the week ahead of us would bring and what decisions we could be facing.  We took Stoli outside to let her enjoy the sunshine. In the front yard. Without a leash. She didn't have the energy to get up and go far. Like I said, she was tired. 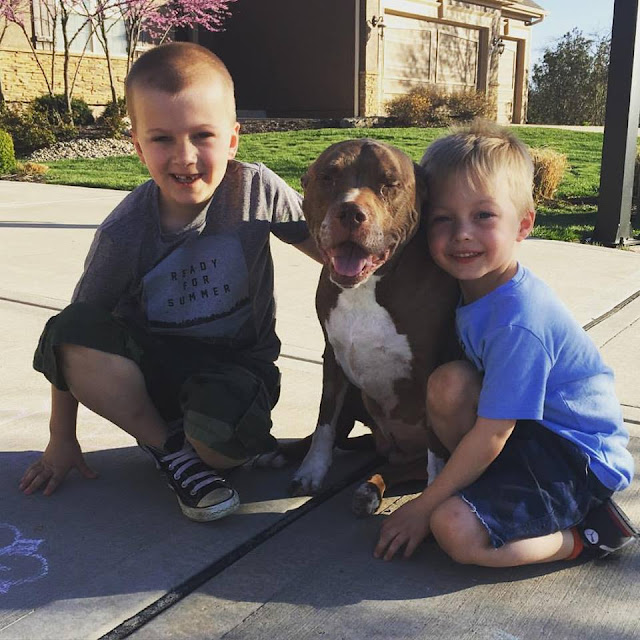 Sunday night was opening night at The K--we had at one time made plans to go to the game but ended up not and now we know why. We were right where we needed to be. 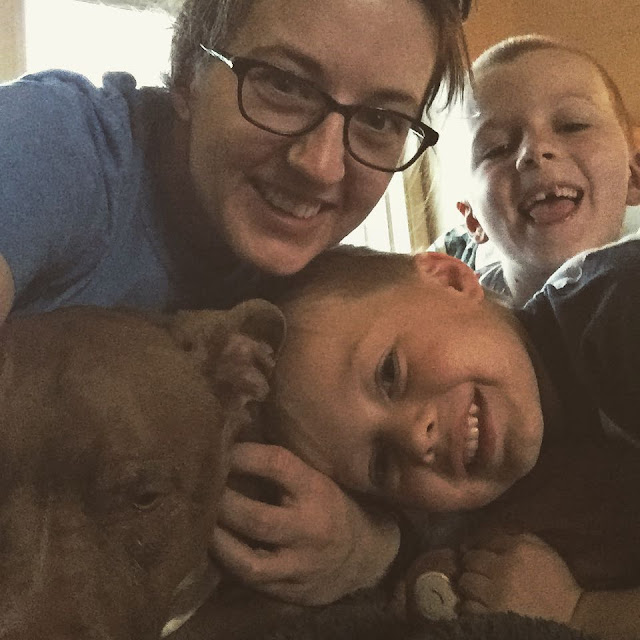 Monday morning I had to catch an early flight to Boston for work. I was beyond upset to leave Stoli and just prayed that she would start eating for Justin as we still had not had any luck. Justin ran home over lunch and just sat with her, trying to get her to eat. This time he opened the pantry to her--cheese, crackers, dog treats, pumpkin, tuna and still nothing. I tearfully told Justin that I think we both knew what we needed to do and called the doctor. I spoke with one of the vet techs that had grown very fond of Stoli and we had made the decision that it was time to say goodbye and as much as she knew we were making the right decision by Stoli, she couldn't help but cry with me.

The following morning the actual doctor called me. He wanted one more look at Stoli. He wanted us to bring her in and let him take one more look at her because her lab work showed she had improved and for her not be eating told him that maybe something else was going on. I was still in Boston but Justin and I both agreed that we would feel much better about the decision that we were making after having her looked at one last time. He dropped her off and a few hours later we had our answers. She had a gallstone. & this most definitely could be the reason she wasn't eating. So now what. Well, he wanted to keep her a couple of days to administer some strong antibiotics via fluids & see if she would start eating for them and until that point they were giving her honey and peanut butter in her cheek to help get her some calories---she had lost 10 lbs already.

The following day as I had returned from Boston we stopped by to see our patient again. 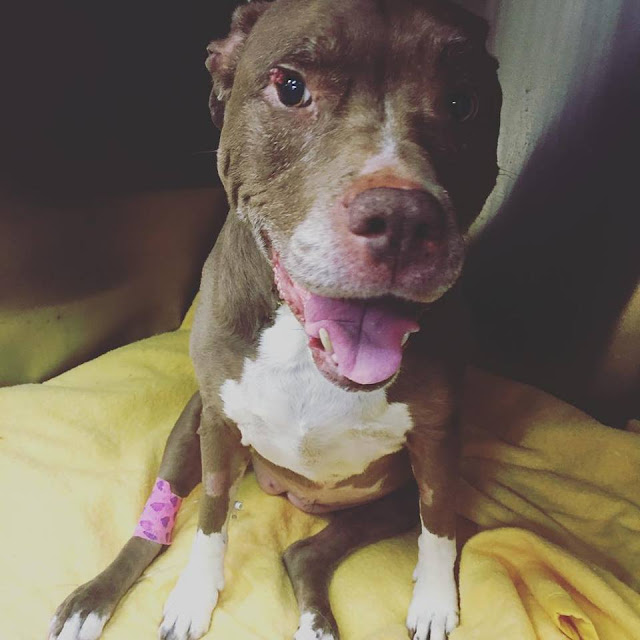 She actually sat up this time and tried getting out of her kennel, both wonderful signs. She also had two empty dog bowls of food! Our little girl was starting to show great signs of improvement and we were starting to get more hopeful.

On Thursday we got the call that she was good to go home. I couldn't get to her fast enough and when she rounded that corner to greet me she was tugging at her leash & her tail was wagging back and forth with fierceness.

It was hard not to get our hopes up with how her spirits had done a 180 but we couldn't help it--we were so excited to get her home for what we hoped would be for good. Bringing her home didn't come without it's challenges though. Not only was she on 8 different medications---some in the morning and a few at night but she also wasn't eating regular dog food. Her release instructions said ANYTHING when it came to food. I tried the canned dog food they said she was eating for them but NOPE, not having it. I tried hamburger but again, not having it. Finally, as we were cleaning up dinner I thought, maybe she would like some of the streak Justin had just grilled. Yup--that did the trick. And then she was sleeping like a baby---literally. I was up about every 2-3 hours checking on her, making sure she wasn't going to throw up again, taking her outside to go potty... 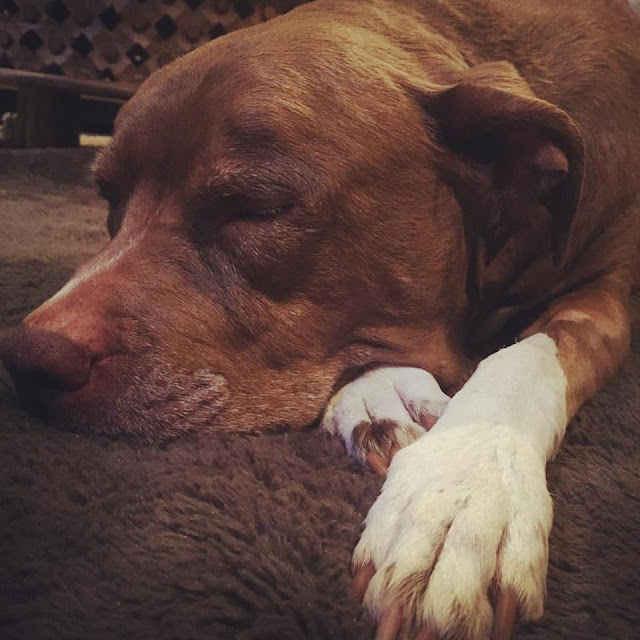 But eating on her own was a HUGE step in the right direction, now we just needed to find something less expensive. We started with turkey & that even made giving her all her medications that much easier. We then moved to some Fresh Pet dog food. It didn't matter one bit that I had to hand feed her most nights, we were winning. 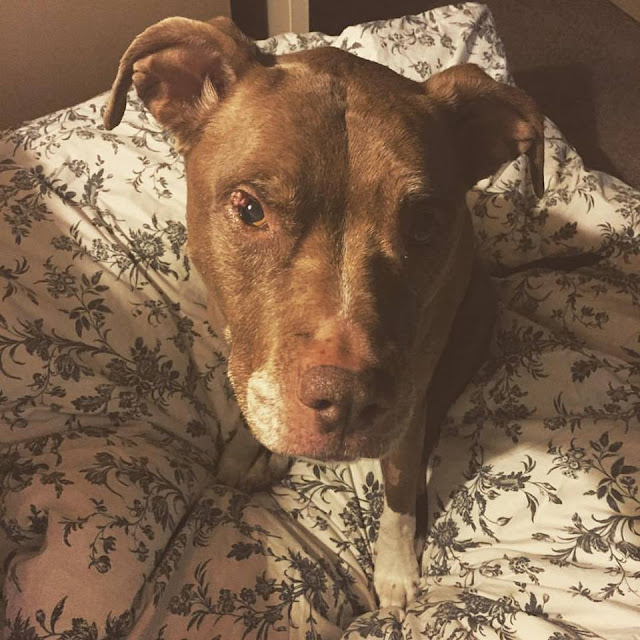 & then came the best day we have had yet, suture removal day. I took her into the clinic to get her sutures out and it was like being Eric Hosmer of the Royals outside of a Justin Beiber concert--everyone wanted to come and see her, hug her, love on her. If it wasn't apparent before, she was loved so much by the staff at Cherokee Animal Clinic. 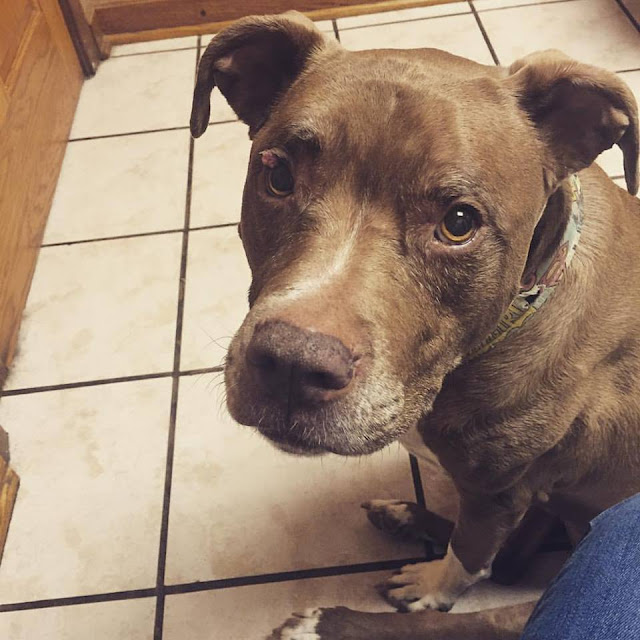 Sutures came out and her incision was healing great. Her bowel was making lots of noises which was great news & most importantly, she didn't need to come back for any more check ups, she was being discharged for good. What a fighter we have on our hands and as tiring as the last few weeks had been, she taught us so much about unwavering love and keeping hope alive. Our little Stoli girl--what we wouldn't do for you. 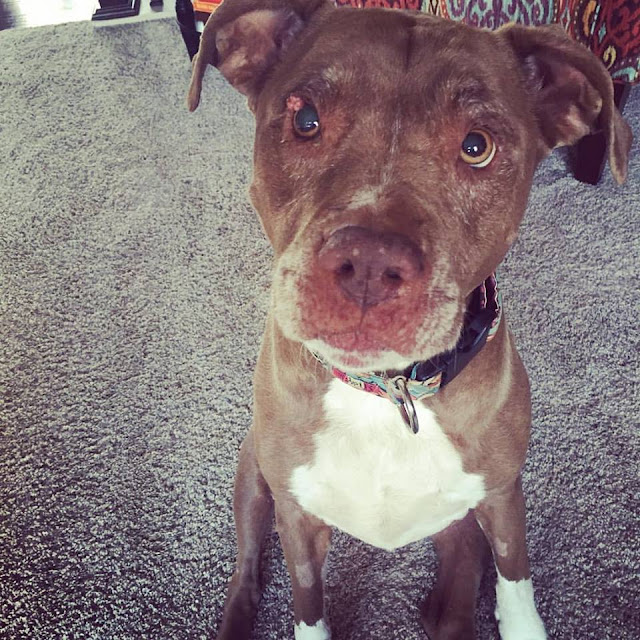 & if you are looking for a vet that will not only take care of you and your pet needs but LOVE your pet as though they are their own, check out Cherokee Animal Clinic. I could never say enough great things about them. The staff is so unbelievably caring and sweet and the doctors always had Stoli's best interest at heart and I couldn't not have asked for me. Even after Stoli came home they still called to check up on her and ask how "our Stoli girl" was doing. We could have never made it through these past 3 weeks without them.