On the first day, we did Animal Kingdom. The weather forecast looked dark and gloomy but the concierge stated that most days in Florida this time of year look like that and we should still go. So we went & boy was I glad we did.

The boys weren't exactly sure what to think but soon realized  they were in for a pretty awesome day, if the rain held off. 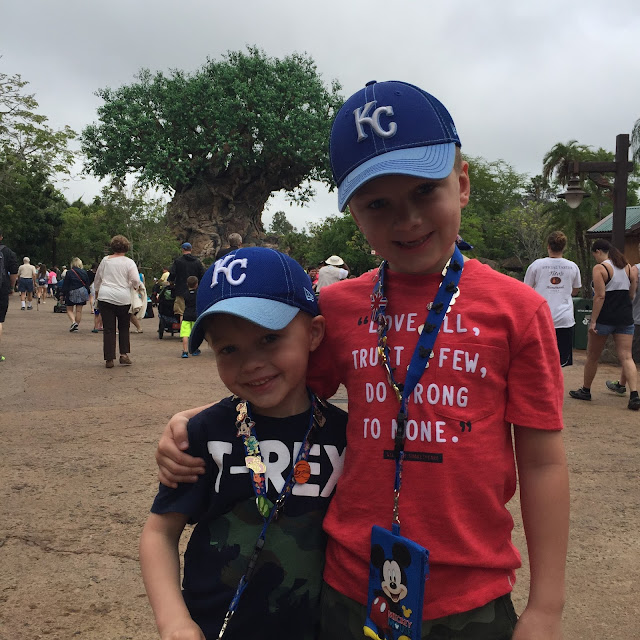 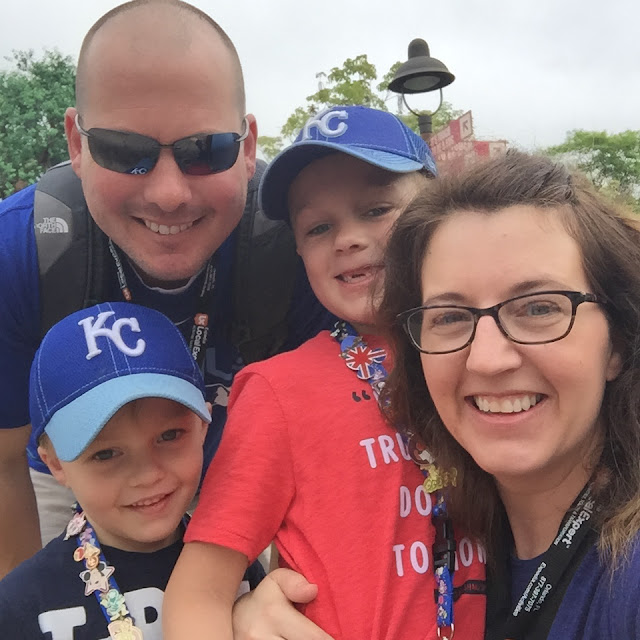 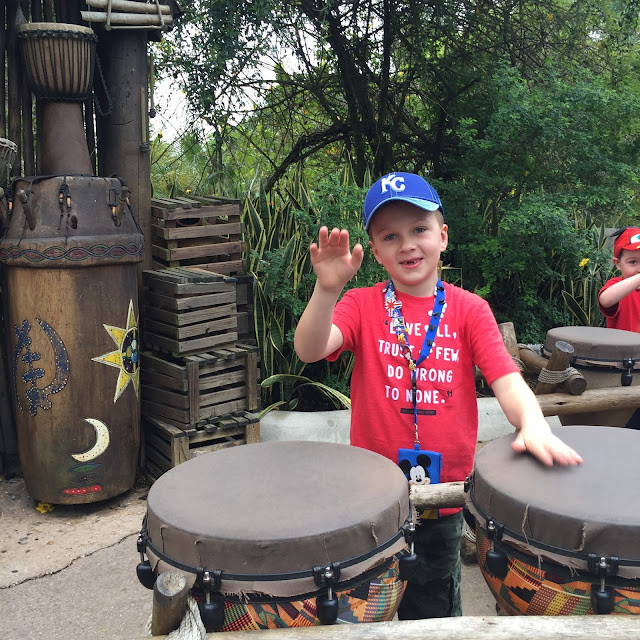 I did a little research before boarding our plane to Orlando. We didn't have a ton of free time because I was actually there on business but what time we did have I wanted to make the most of. Our babysitter's mom told us about Pin Trading---where you purchase pins & trade them with park workers throughout the park. This worked out great for the boys, as we walked from one attraction to the next they searched for people to trade pins with.

The other wonderful idea our sitter's mom gave us was a website--touringplans.com. For a small $13 fee it gave me access to everything Disney--which park to travel to on which dates, crowd intensity, planned out routes for kids depending on age, when to take breaks and where and so forth. I literally click two buttons and printed out an itinerary for us that mapped out our route so that we weren't backtracking all day & got the most out of our visit. Our first stop was Kilimanjaro Safari. Except it was closed and they weren't sure when it would open back up. We decided to head over to Rafiki's Planet Watch and when we arrived we were right at the front of the line. A train pulled up and off walked Chip and Dale and Rafiki himself. We were asked how many people we had and when we said 4 they had Rafiki come over and escort the boys on the train. 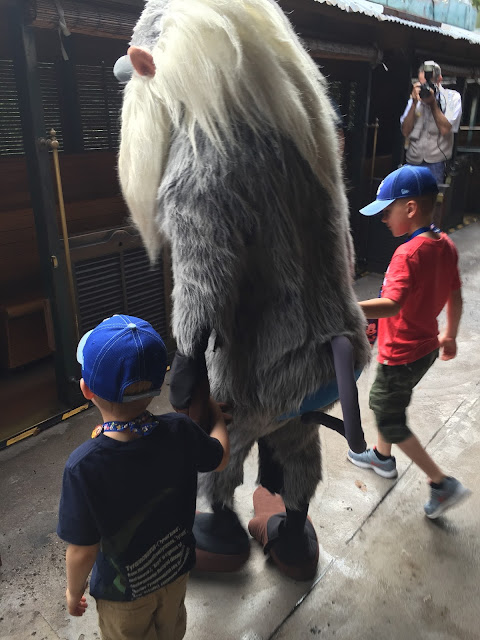 The boys were Rafiki's special friends for the ride and got to play Rock, Paper, Scissors with him as we traveled to his little island. 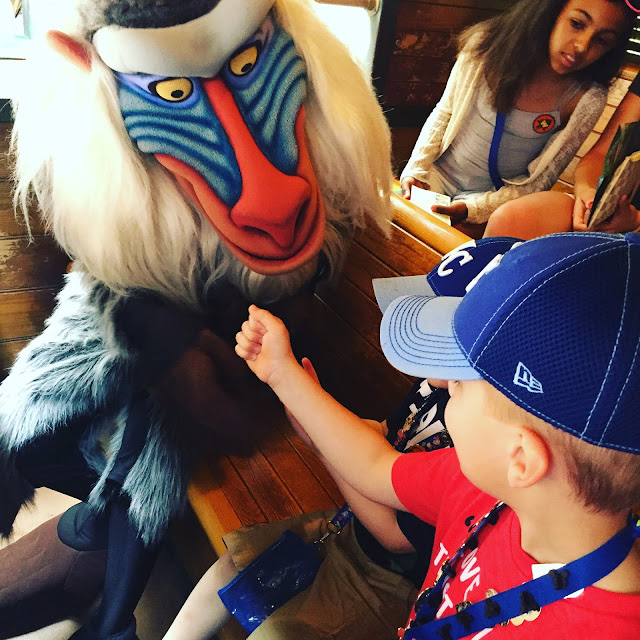 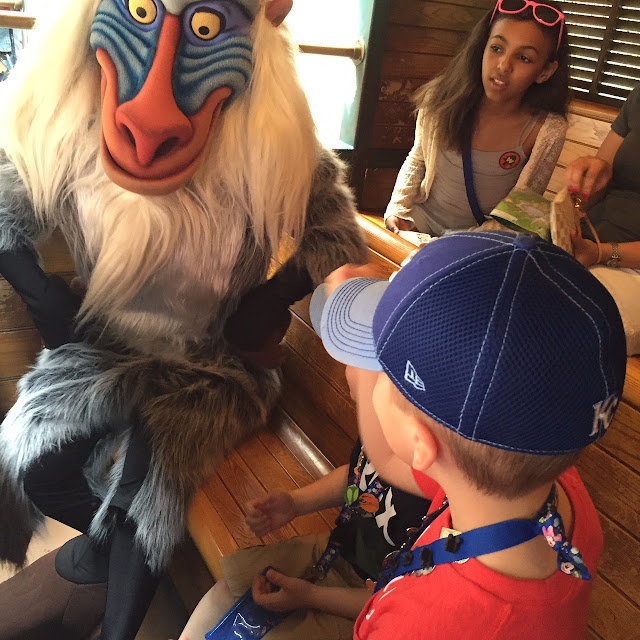 Rafiki was no match for these boys but before we knew it, it was time to say goodbye and we were off to our next adventure. 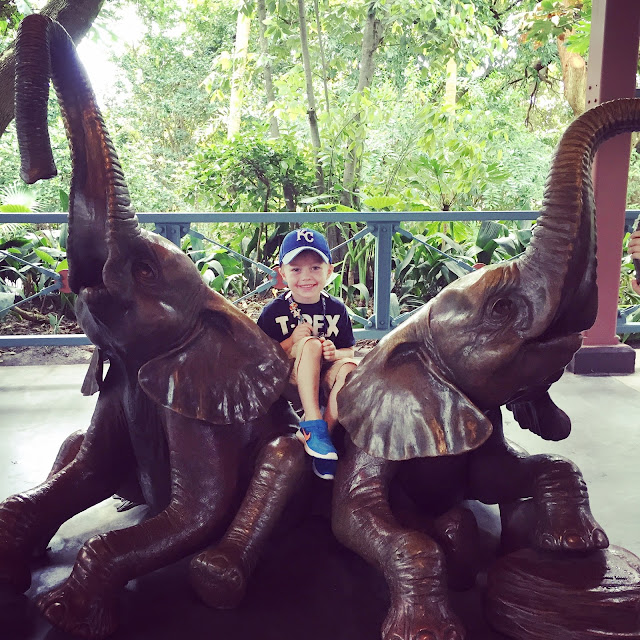 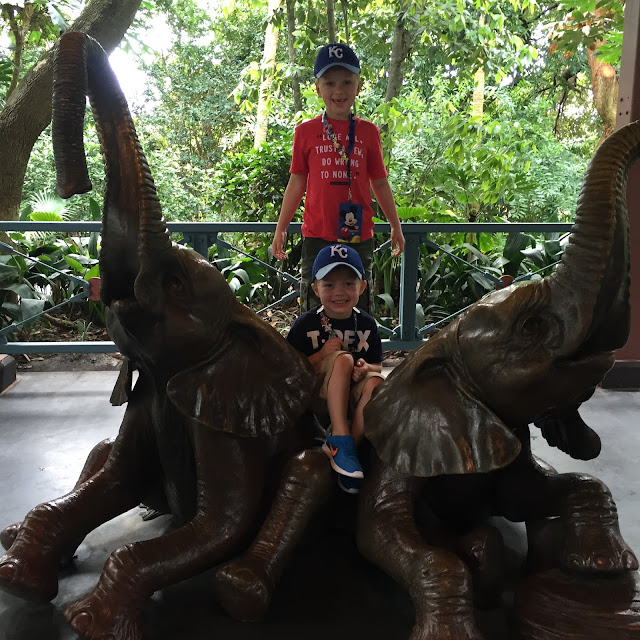 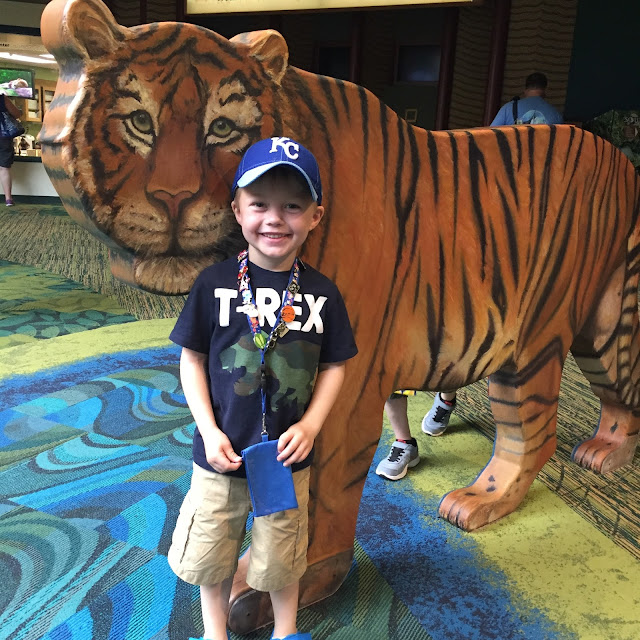 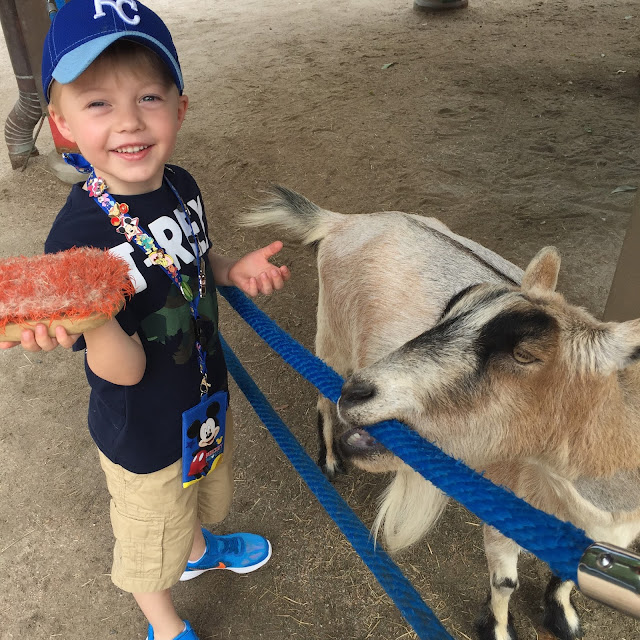 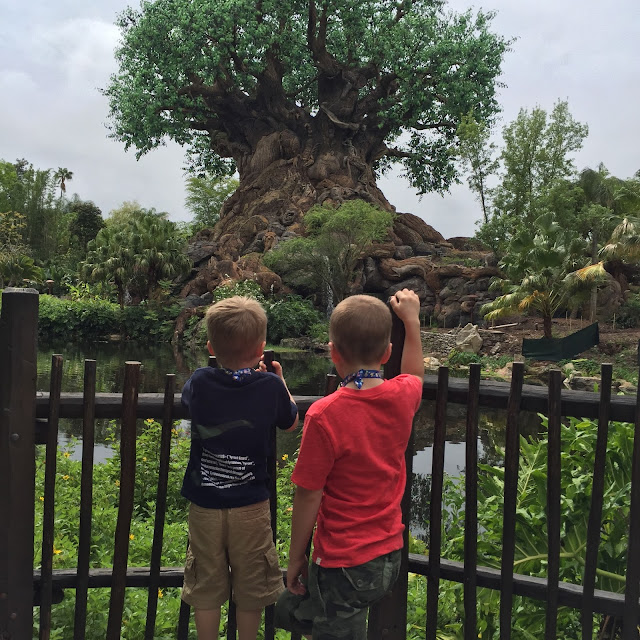 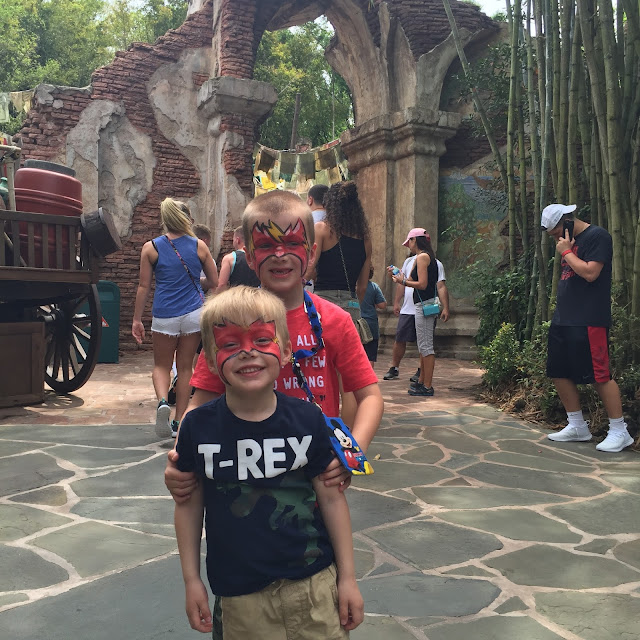 We got to see tigers, bats and even took in a bird show. The boys loved when they flew right up to us in the audience. 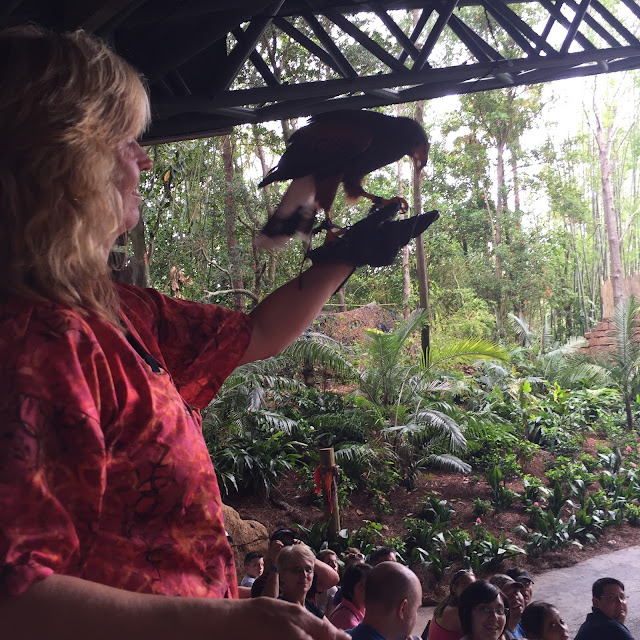 As soon as the show ended we ducked into a restaurant and it was a good thing that we did because the rain came pouring down. But the boys sure didn't mind the break, they scored the biggest strawberry lemonades EVER. 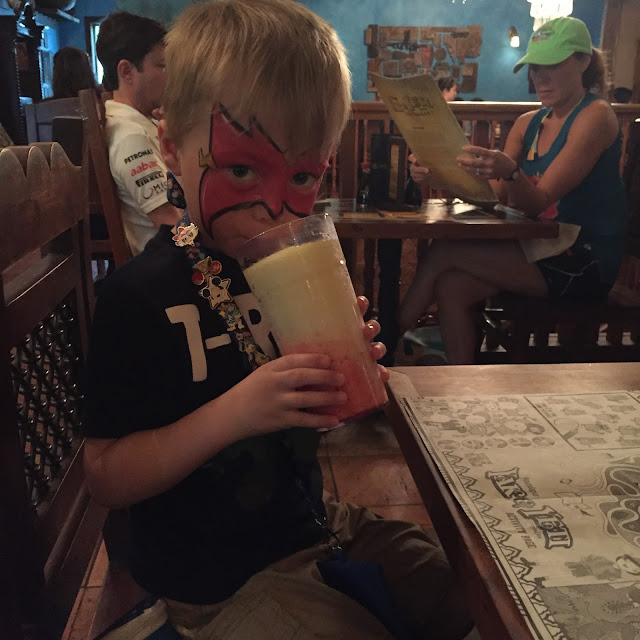 They got to play on the biggest playhouse we have ever seen. 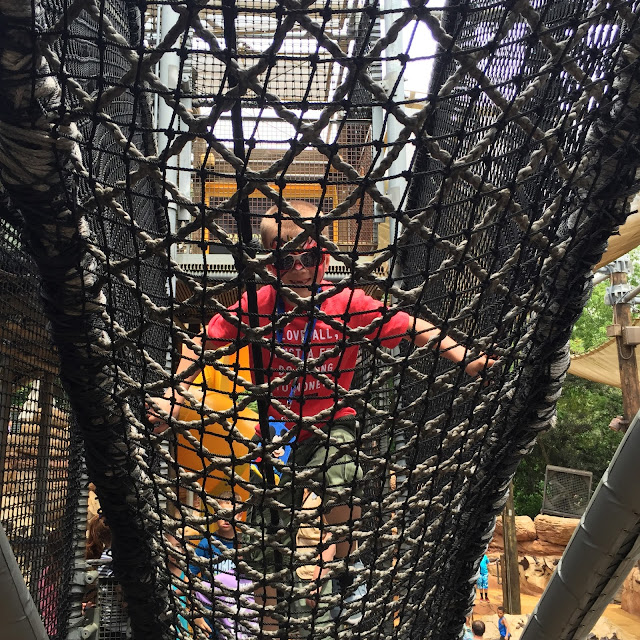 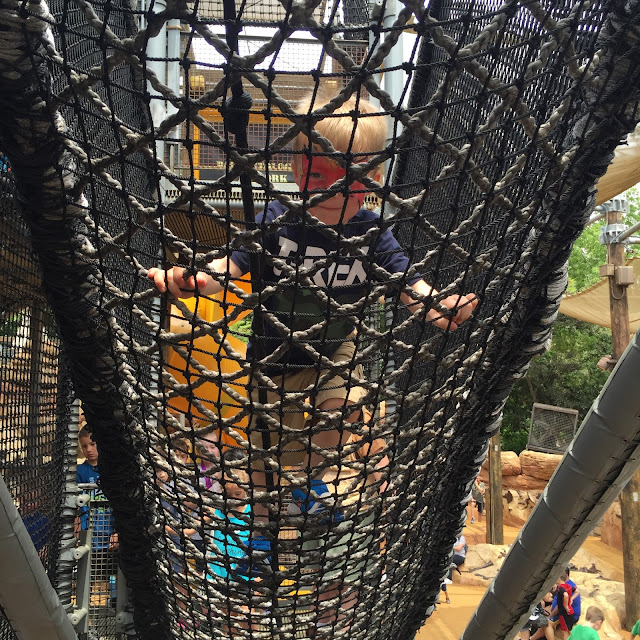 And then we met them. The one and ONLY, Mr. and Mrs.  Mouse. Are they not the cutest?!? I kind of love these pictures. 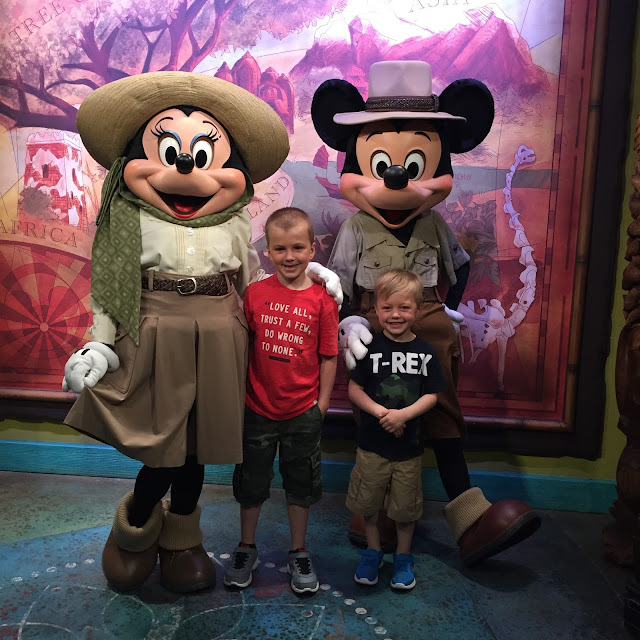 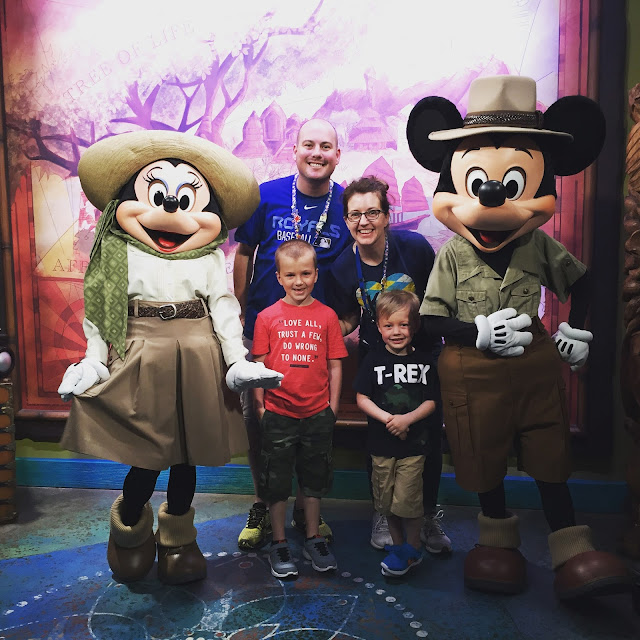 The meet and greets didn't end there--they met Dug & Kevin. Dug tried to eat Kaden's hat and by tried, he stuffed it into his mouth before giving it back. 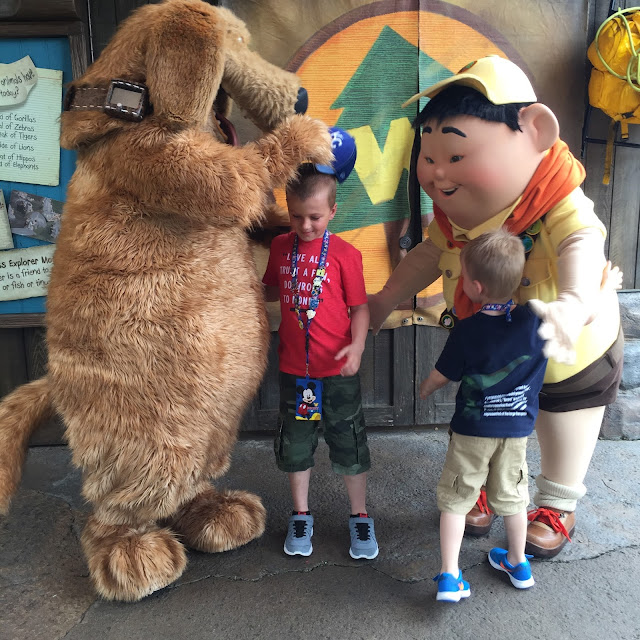 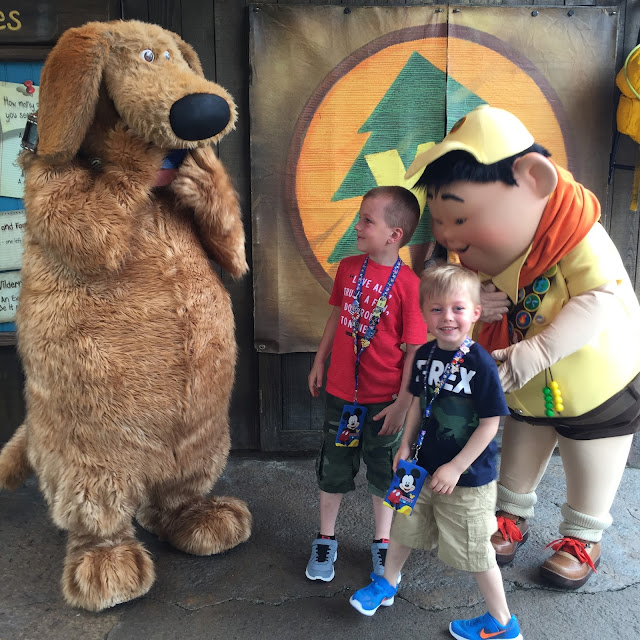 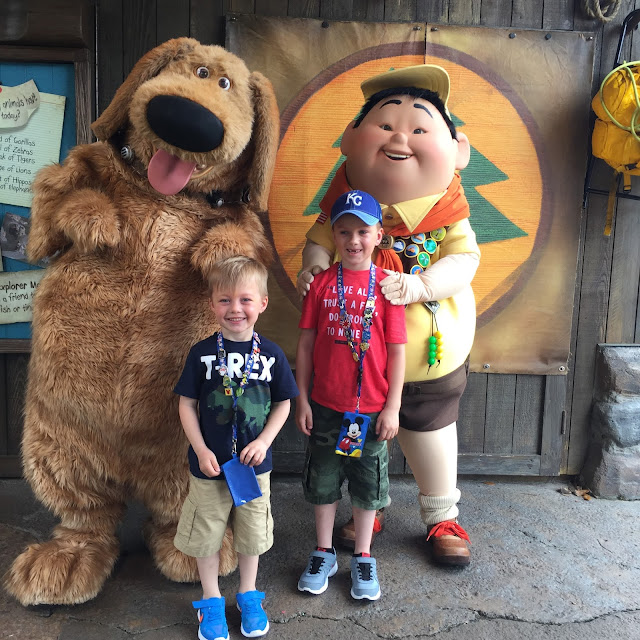 It certainly was on magical day. 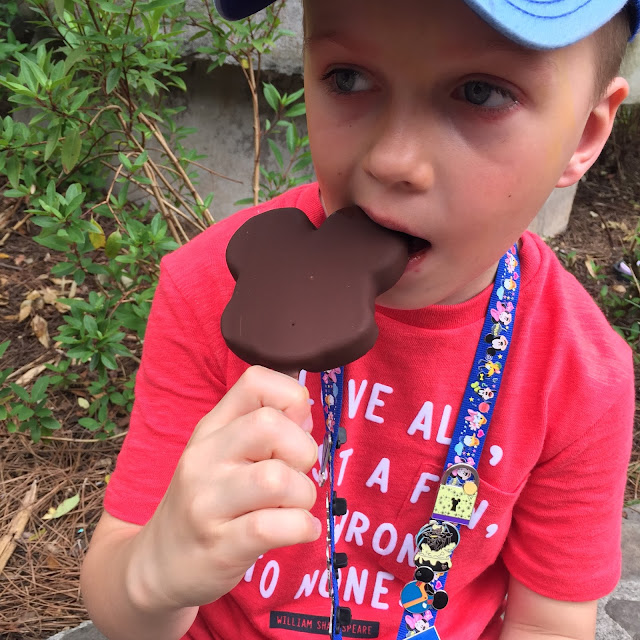 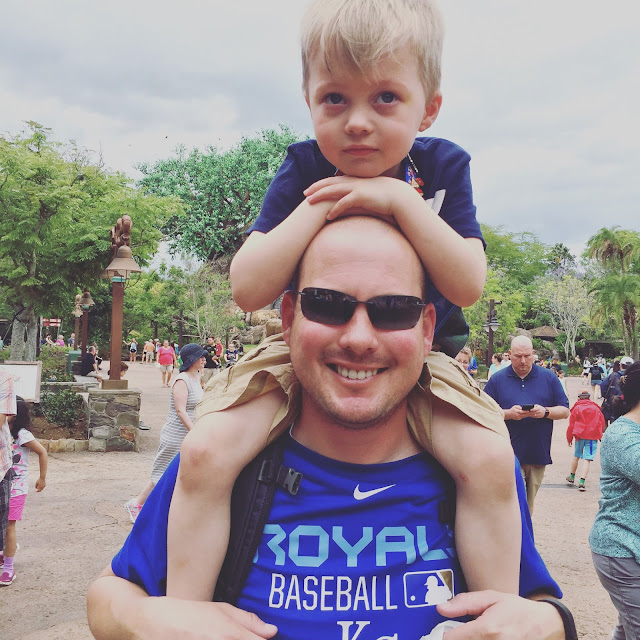