Late Monday evening, actually early Tuesday morning, around 1:30 Stoli woke up and got sick again. Sadly, the look and smell was all too familiar. We got it all cleaned up and I got her downstairs and comfortable until morning broke and Kaden came down. I had already made the decision to call our doctor at 7 when the clinic opened. He suggested that we bring Stoli in for observation.

I got ready for work, loaded her in the car and as soon as I put my seat belt on I turned around and saw her getting sick again...in the car. I quickly ran over to her side, opened the door and just told her it was going to be okay. Through tears, in my suit, I cleaned up what I could.

I dropped her off with little answers to what was happening only knowing that they were determined to figure it out.

I was wiped. Emotionally and physically exhausted so I took a personal day and went home and straight to bed making sure that Brodi was right next to me.

The call came in at 1:30---12 hours after the first of the second round of puking began. The doctor mentioned that she has continued to get sick, she had a fever and her white blood counts were extremely elevated. He believed we were dealing with an infection in her abdomen and he felt the best way to treat that was to open her back up.

I immediately stated that I needed someone to speak for Stoli and if this was too much for her then I needed to know that. He felt that this wasn't the end of her life and that he thought it was better to open her up and recheck everything and wash her abdomen out rather than to treat something blindly. I agreed and we moved forward. He didn't want to wait another day to do the surgery so was going to stay past his time in the office and take care of the surgery.

We didn't get the call until about 6:30 on Tuesday night. There was no infection which was good but at the site of the previous surgery there were complications. When they had done the initial surgery they had to remove part of her intestines in order to reconnect her bowel to healthy tissue. That tissue was inflamed, which they knew but still felt that it was healthy tissue. After some of the inflammation came down tiny little holes became present making the connection weak. The doctor added a number of additional sutures and then retested the pressure of everything once again. It looked as though it would hold but what we really needed was good blood flow. 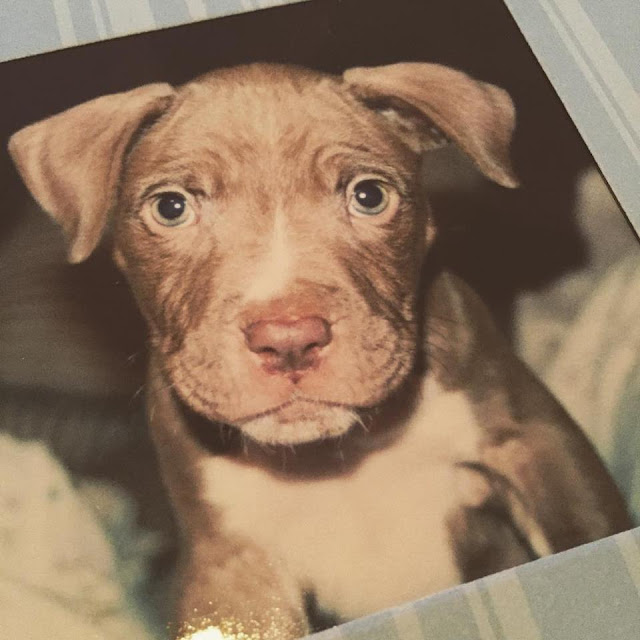 We followed up with the doctor on Wednesday around lunch and Stoli was still pretty weak but that was too be expected. She had not wanted to eat anything but that wasn't surprising after going through her second surgery. He wanted to go ahead and keep Stoli there overnight to treat her intravenously with antibiotics and fluids to help speed the recovery up. He also sent blood work out to check if she had pancreatitis.

Logan and I decided to stop by on our way home to check on our little patient. She seemed so sad and depressed that it really just broke my heart but when she saw Logan and he was leaning down to give her kisses she was wagging her tail and looking up at him. For a brief moment, she was her same old self.

The doctor had told me that if they weren't able to get her to eat on her own that they would try an appetite stimulate the following morning and possibly even force feed her as this would help get her intestines and bowel working again. We said our goodbyes and told her we would be back the following day. 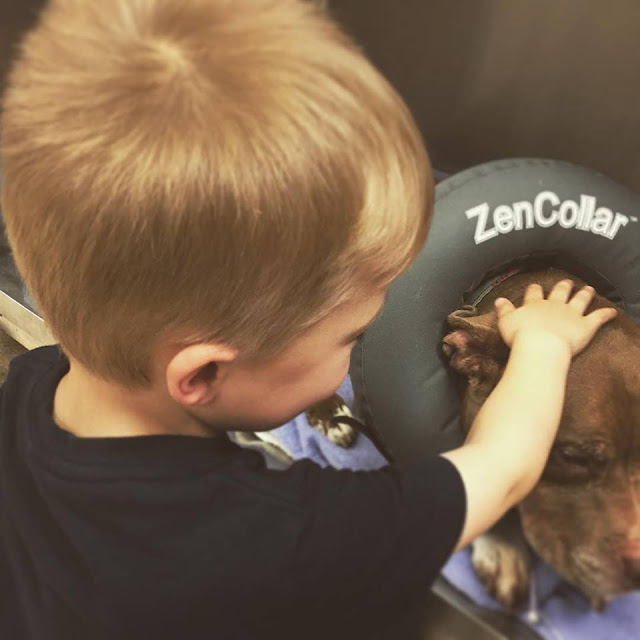 That day is today. I got a call from the vet this morning at 8:00 as I was pulling into work. The lab work had been returned and Stoli was still weak. Most all of her levels were too high, white blood count, kidney function, liver function BUT she didn't have pancreatitis. He wasn't going to let her come home today because if he did, it would only be to pass away at home. She needed fluids, she needed antibiotics and he was going to increase her dosage and he had already given her the appetite stimulate.

He said that he wanted to wait another 24 hours and run the same test again to check her numbers. If her numbers improved, things were looking up. If her numbers were the same or had gotten worse, we were going to have to make the decision we had spent this past week trying to avoid. It was hard to hear those words but I also know that I don't want her to be in pain. She's my girl. She deserves to be at peace and so we wait, and we pray. We pray hard.