Easter this year was a little extra special than years prior and that is because some of our most very favorite people were here to celebrate with us--or visit.

The Garretts were on spring break and of course there isn't a better place to spend spring break than with us in Kansas City---so they came to town for a few days.

They arrived late on Thursday night/early Friday morning which was totally cool because Friday just happened to be Good Friday and I wasn't working. Woo-Hoo. And the great thing about having the Garretts in town is that the kids play so well with one another and usually are able to wear each other out too. I mean who wouldn't be tired after destroying an entire playroom & then having to help put it back in order.

Seriously, every single Lego had found its way out of the Lego bag and into every crevice in the room. I had no idea three kids could be so destructive or that they could be so proud. 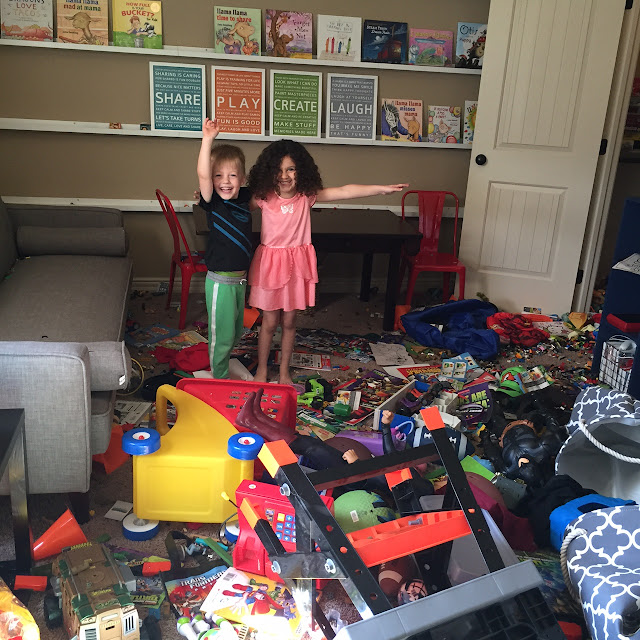 But I needed a little project to keep me from thinking about Stoli and what has happening with her so I dug in and helped them out. & later that night I walked downstairs to our basement to find this...he said they were "just taking a rest after a long day". 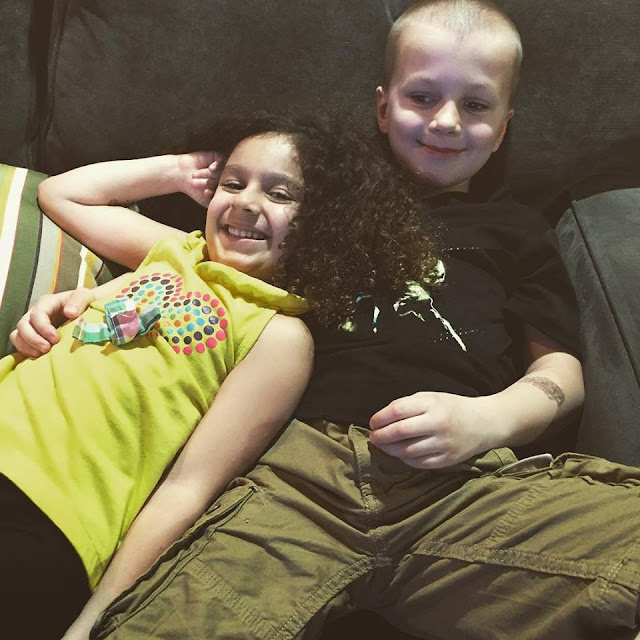 Saturday was just one of those days. I dropped my child off for a birthday party at Mad Science which wasn't for another month and they called asking me to come back and get him. Embarrassing to say the least. I did some last minute Easter Bunny shopping & picked up Stoli from the vet after her first surgery. I was whipped but we had hired a sitter and we were headed out for some basketball fun---let's go Oklahoma, UNC and Villanova---I was the only one in the bar rooting for Nova and I didn't care one bit. While we were out our sitter sent us this adorable pic of the kiddos together... 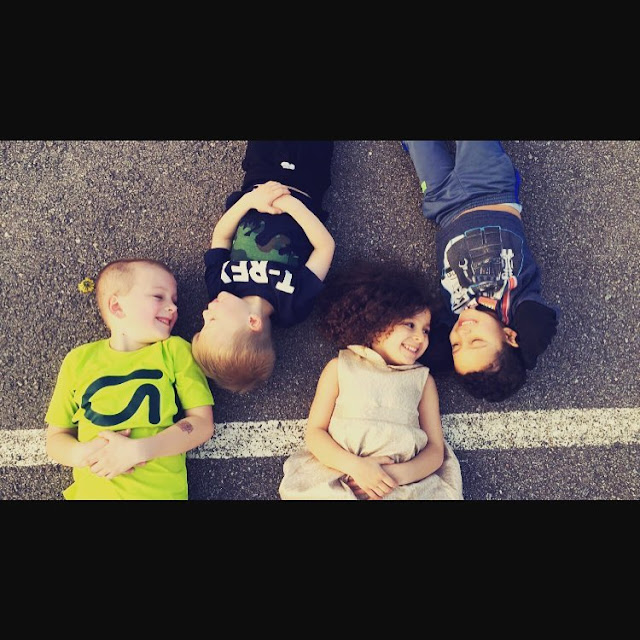 & then the following morning everyone was bright and early to see what the Easter Bunny had left for them. & of course they had to instantly put on what they found. 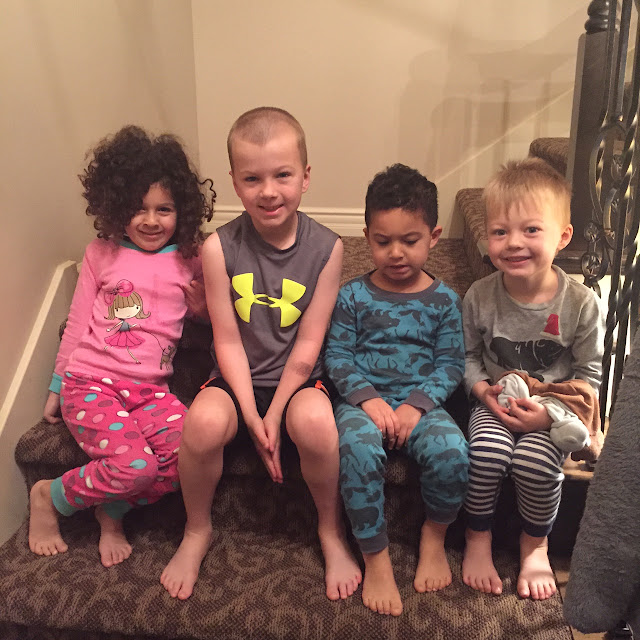 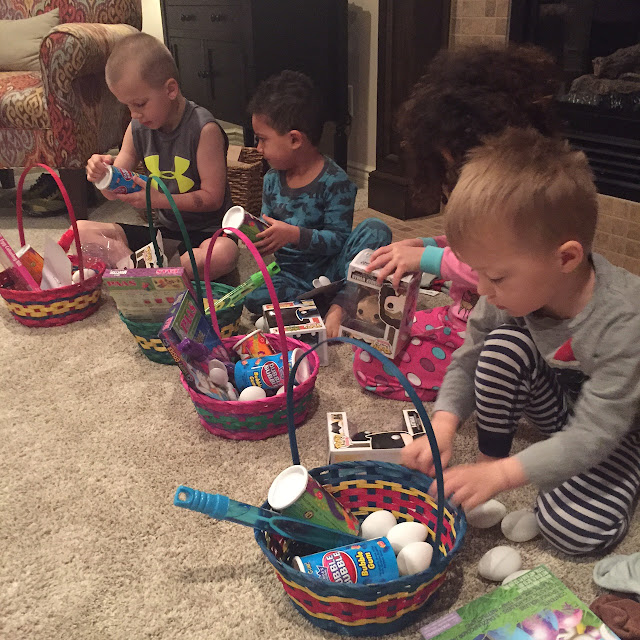 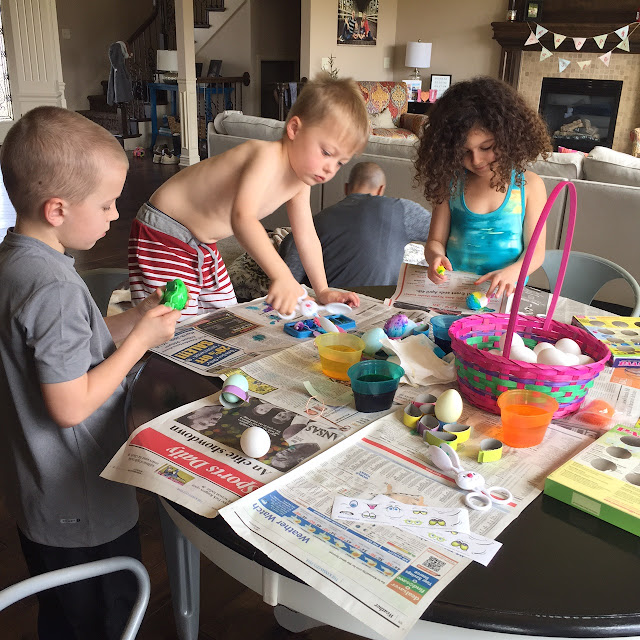 We had a family brunch & then most everyone took naps except myself and the kids and we did Easter eggs.

The entire week was filled with family time with the Garretts and thankfully they were in town with us while everything was going down with Stoli. Having them there was so very helpful because I was forgetting things left and right---I mean who drops their kid off at a birthday party that isn't for another month!

Our time with them is just never enough and we promised that we would be up to Milwaukee before year end because November is too far away and I can't go without some Garrett Loving until then.