We love donuts, we love supporting a good cause, and we REALLY LOVE Sluggar so when we heard that a nearby high school was hosting a fund raiser where you could have donuts with Sluggar, it was a no-brainer.

The timing couldn't have worked out better either, it was nice and early in the morning which allowed us enough time to go back home, do some packing before heading down to the Brookside Parade, but more on that later.

So we arrived at the high school, collected our donuts, supported a good cause & we waited for Sluggar to arrive. We weren't sure how many people to expect as it seemed like a large number were attending through the Facebook invite but we were there early and it wasn't too bad.

While we waited the boys dug into the donuts and chocolate milk. They were gone in a matter of minutes and we still had a little time to kill so the boys started flipping quarters which immediately got out of hand and they had to be wrangled back in and maybe threatened a little. 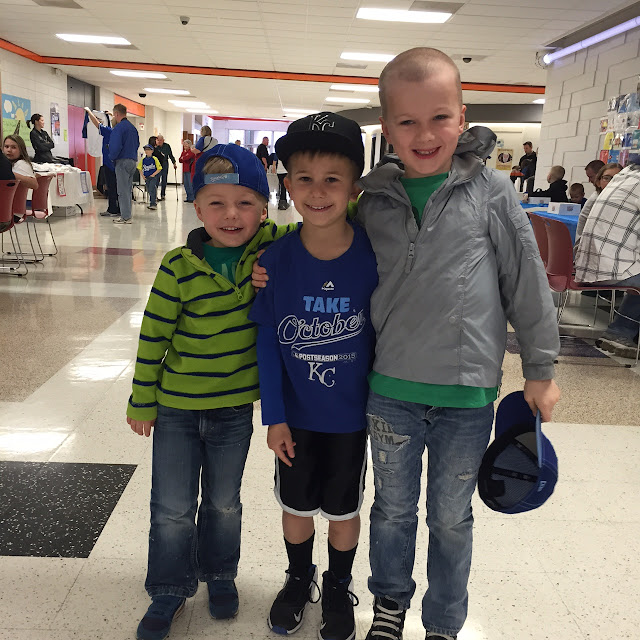 Finally, Sluggar arrived and his fans started gathering around him. The boys eventually made their way up and I snapped a few pictures as quickly as I could. 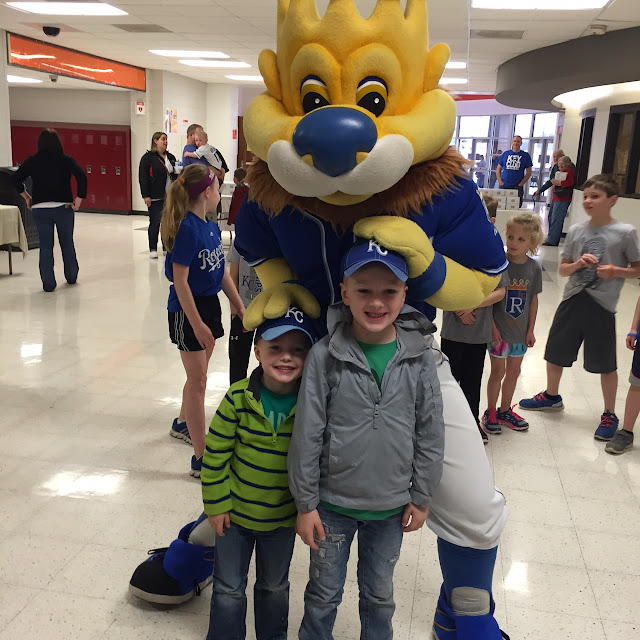 I wasn't super happy with them plus, I kind of wanted to be in the pic with Sluggar so we got back in line... 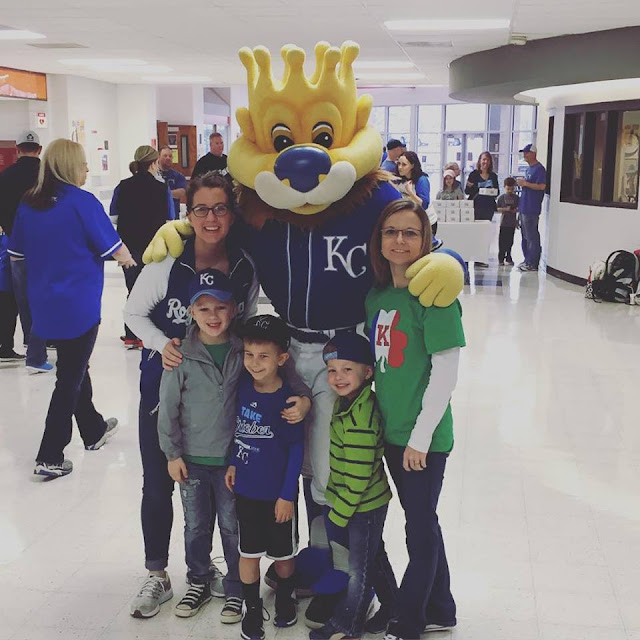 And as we thanked and high-fived Sluggar he got a little ornery and stole Colton's hat. He danced a little jig while Colton and the boys were trying to figure out how to get his hat back and then I did what any aunt would do---I took Sluggar out. No, that would have been a little extreme and may have landed me some place I would want to be. No, I picked my nephew up and lifted him to his cap and on the third or fourth try he got his hat back. & thanks to Justin, we have play-by-play. 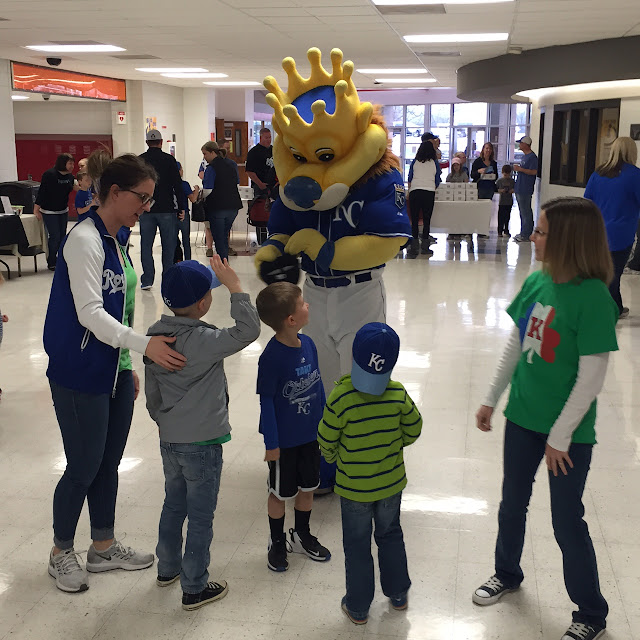 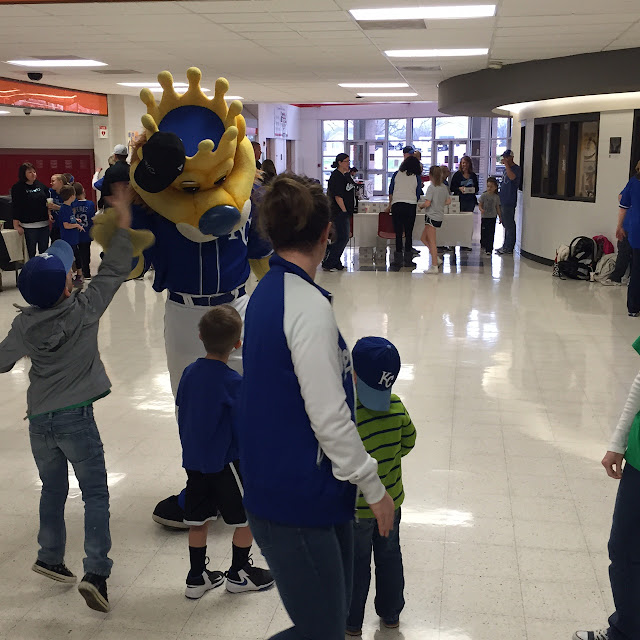 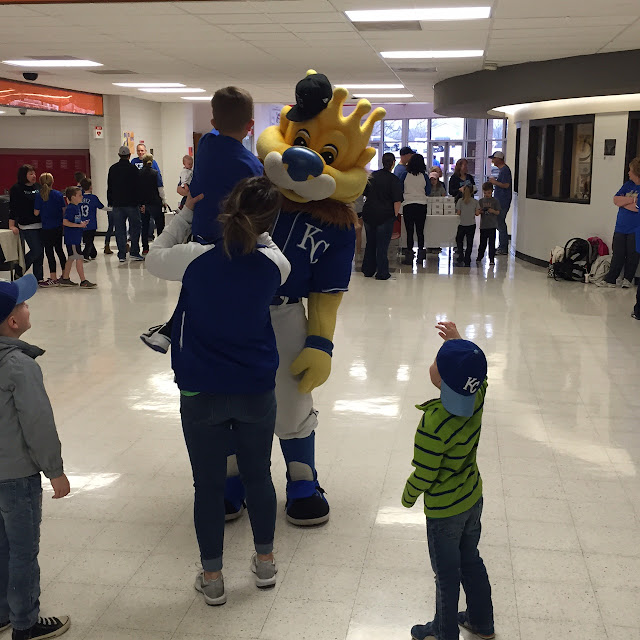 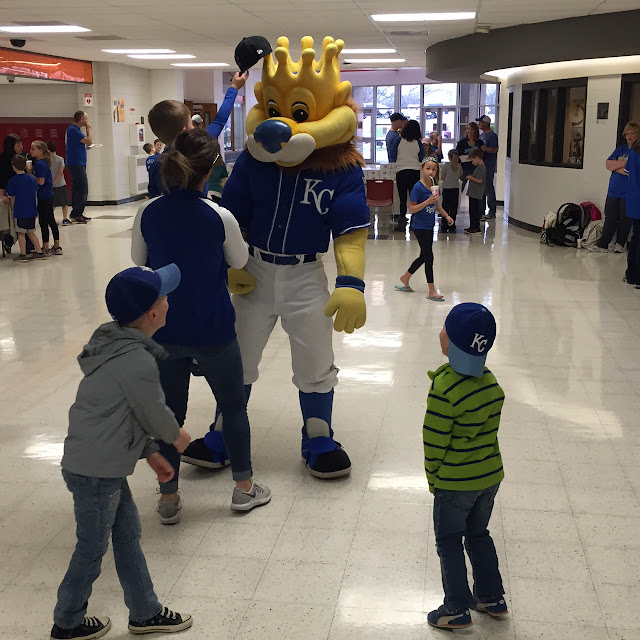 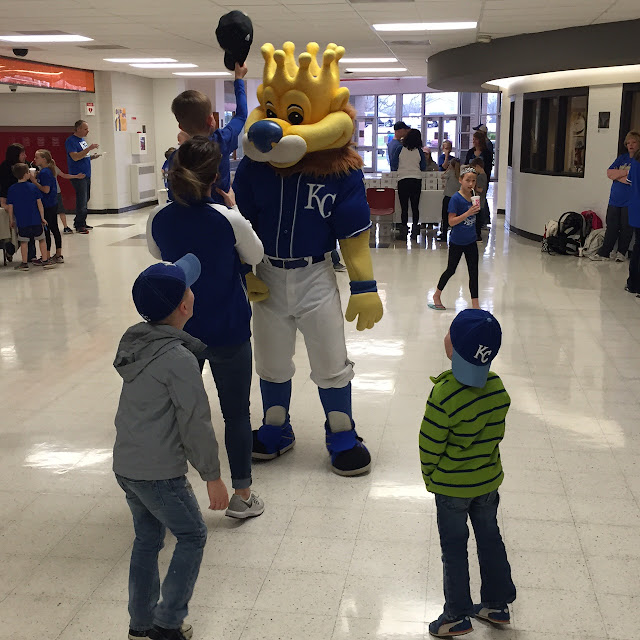 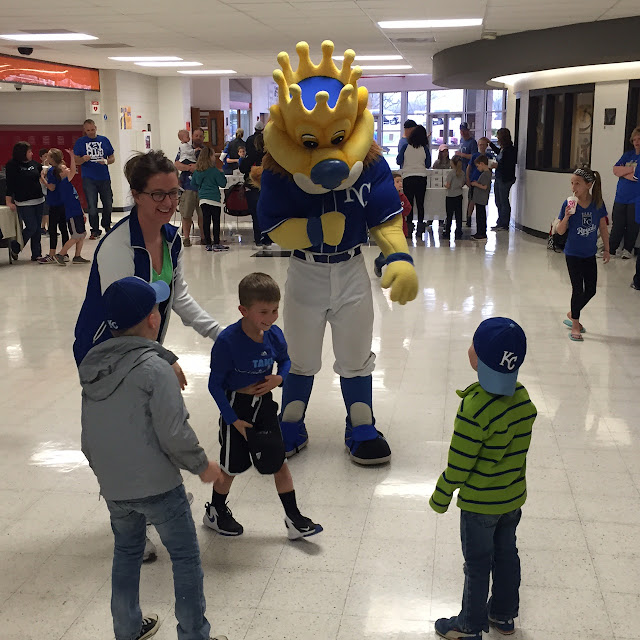 It was a great start to our spring break.