What gorgeous weather we received for our annual St. Patrick's Day Warm-Up Parade in Brookside. Last year might have been a little chilly but the sun was at least out, this year we got rain, clouds and cold weather but were weren't going to let that stop us.

The parade was scheduled to begin at 2 and we had a general idea of where we were hoping to set up camp. We figured that since the weather wasn't all that great, we wouldn't have issues with parking so we arrived a little later than we normally would have. And we were right, either the crowd was coming late or not coming at all.

We still had a little time to kill before the parade started and since Justin was holding down the fort we decided to duck into the cutest little bookstore. Sadly, as we walked in we noticed that sometime was a little off. The entire store was in shambles, organized shambles but shambles none-the-less. This cute little bookstore was closing its doors and everything was being sold. 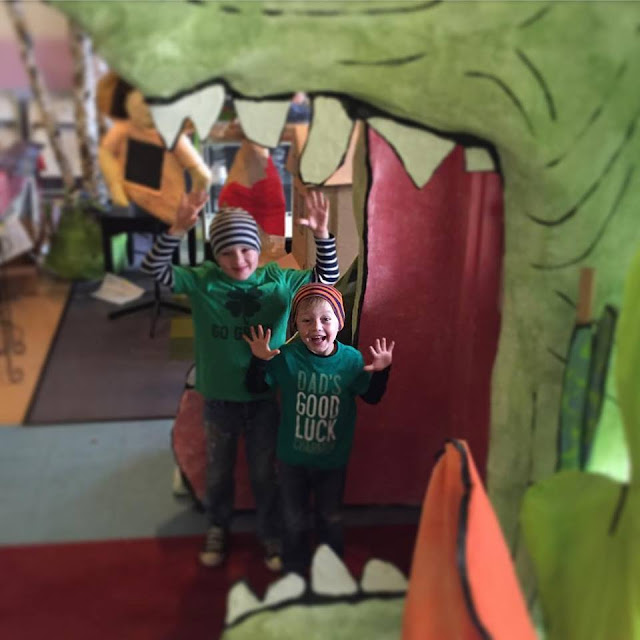 Needless to say, our time in the bookstore was short lived as there wasn't much to look at. So we ventured back over to Justin and I kindly gave up my jacket for the boys to sit on. That too, was short lived and now I had a wet jacket---oh well, it was raining, well misting, and we were all getting wet no matter what.

These two are seriously the best of friends. The kind where one minute they are all over each other showing love and the next they are fighting with one another as lovingly as possible. Logan is so enamored with his brother and Kaden couldn't be more proud of Logan and loves showing off his brother to anyone he meets. Although at this point Kaden was a little annoyed by his brother and was ready for the show to start. 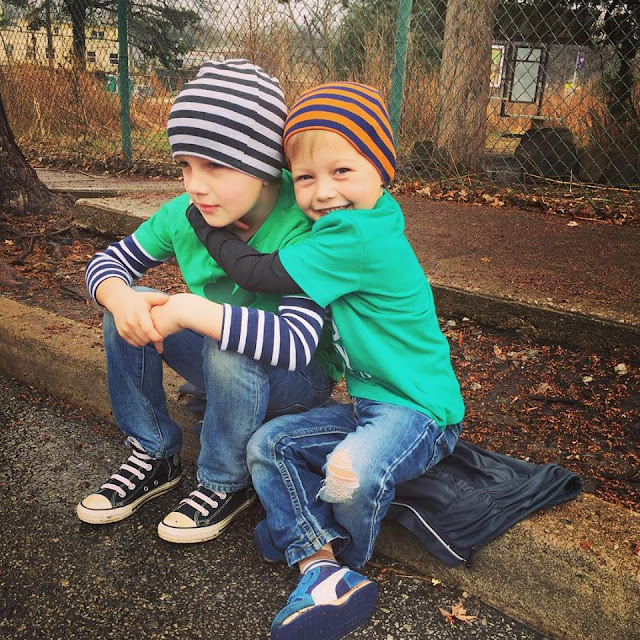 Finally. The parade rounded the corner and it was go time. 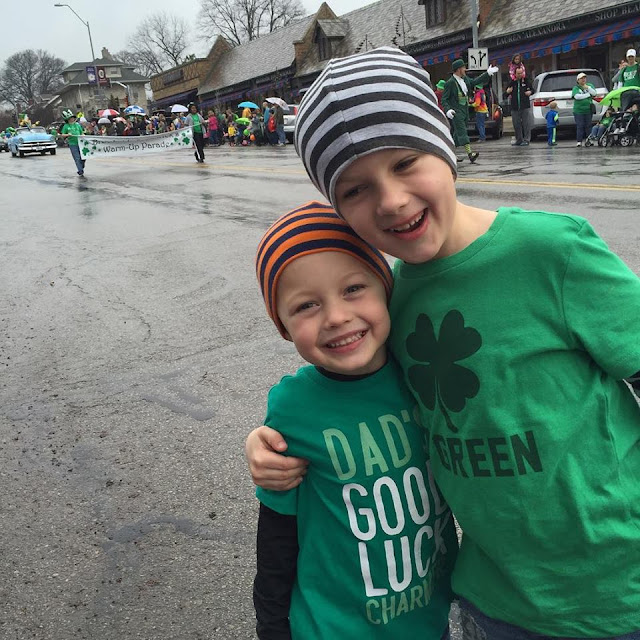 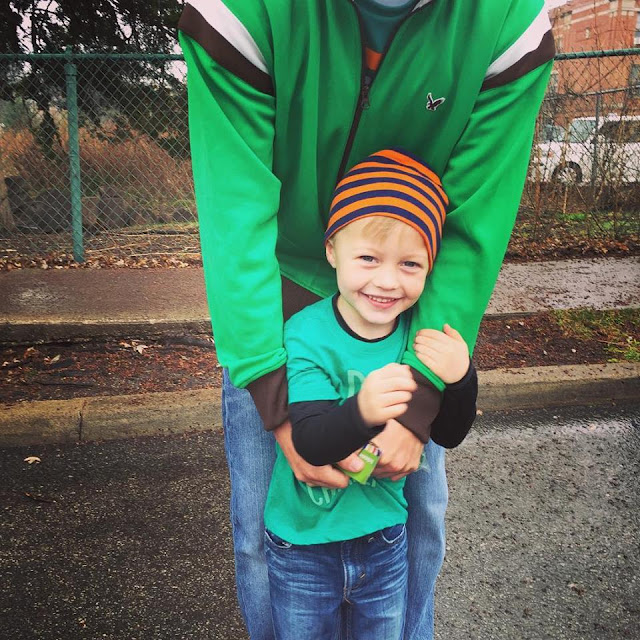 It either misted or rained during the entire parade but fun was had by all. The boys were dancing around the street to the drum lines, holding their little hats out for candy & hamming it up for pictures. Even Grammy and Craig came out to stand in the rain with us. 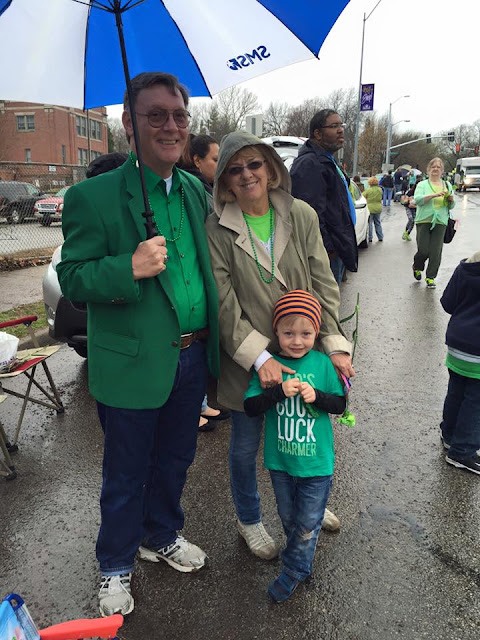 Yes, it would have been nice to have had better weather but we made the most of it and the boys were beyond thrilled with all the candy they got to take home---me, not so much and you better believe that not all of it ended up in the candy bowl.

See you again next year.
Posted by Kayla South at 9:44 AM