Basketball was a big part of my childhood and looking back, I wish I would have played in college because you never really know how much you are going to miss something until it isn't part of your life any more. I know it may be crazy for me to say that about basketball, but it's true.

Basketball was something that my dad and I really bonded over. He coached a number of my teams growing up and after we moved into town from the country, he had a half court basketball court poured. Lines and all. We would spend countless nights and summer days out there, some out of enjoyment and some out of duty---part of our summer chore list was shooting baskets. There were days that I hated being out there, it was too hot or I was just too lazy but looking back, it was good for me, it made me a better player and being a better player, made me happier. And although I now know they would have been proud of whatever type of player I was, at the time, I thought it made him happier too.

In junior high my dad didn't always get to watch me play since he was working out of town on the railroad but my mom would video tape the games and send them to him to watch. I don't recall a game he missed in high school, there probably was one or two but I can't recall them. For every game, for every time my name was called in the starting line-up, he was there on his hands and feet clapping in the stands. & next to him my mom, a little less vocal but no less proud & ready to assume her usual position with her head in her hands as she carried all our nerves.

Win or lose, I always knew how "well" I played during away games because if I wasn't able to ride the bus home, it meant we had ball to talk about on the ride home in our car. & some of these games were played an hour or so away from our home. I know now it wasn't my dad harping on me, just showing me that I didn't play to my ability or that maybe I didn't give it my all. That he wanted me to be happy with my performance and not to settle for less than my personal best. 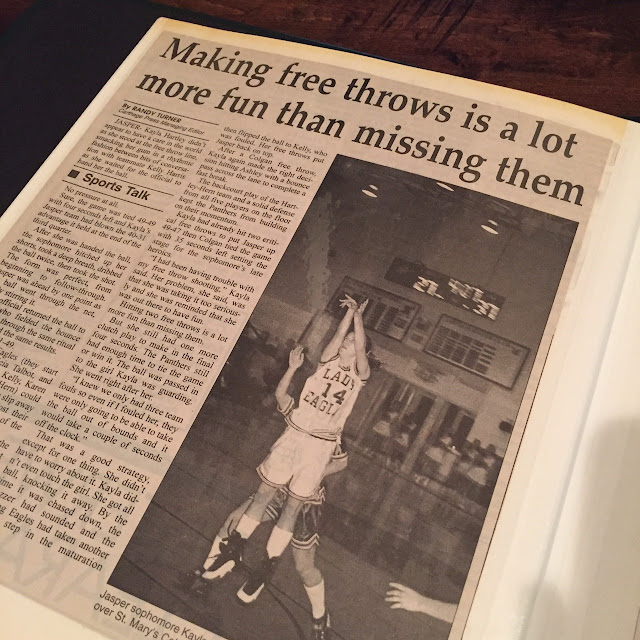 Little did I know that so many life lessons would be learned from my years of playing basketball---volleyball included.

I can still vividly recall my last game, the last time I took the floor as Jasper Lady Eagle. We lost that game in the district championship round, I believe we were the top ranked team too but we lost to a better team that night--and I say that night because all season long we split with them. I remember getting the ball from the tip and driving the lane to the left and dribbling the ball off of my foot. I remember having to give my last foul in the final seconds to try and stop the clock and give our team a chance to get the ball back with time to score and tie the game. I remember sitting on the bench---one of the only times---with a towel over my head has the seconds ticked away in my final game. Shaking hands with a team who was on cloud 9 as district champs and collecting our 2nd place trophy. I don't remember the locker room and what our coach said afterwards as I am sure I was in disbelief just like the rest of my team but I do remember the countless number of people from our home town and from the visiting town that hugged me afterwards. I remember the tears and sitting outside the Liberal gym that evening on the curb thinking what now. And even has I type this, I have tears in my eyes---basketball was a huge part of my childhood and I although it didn't end the way that I would have liked it to, I will treasure this special part of my life forever.

And here we are now on this crazy journey of parenthood and the time has come to introduce my love of the sport to my boys. To teach them, to coach them, to push them when they need to be pushed. So when March Madness and warmer weather started rolling our way, Justin and I picked back up on a conversation we started last fall---getting a basketball goal for our driveway. We have a perfect driveway for it--pretty much as flat as you want one & the boys were getting to the age where they could really understand the game and the basic principals and rules. As we started looking for one, a friend emailed me a coupon with 20% off at Dicks Sporting Goods for one weekend only and we headed straight there to see if the one we wanted was available. It was. & the rest they say is history. 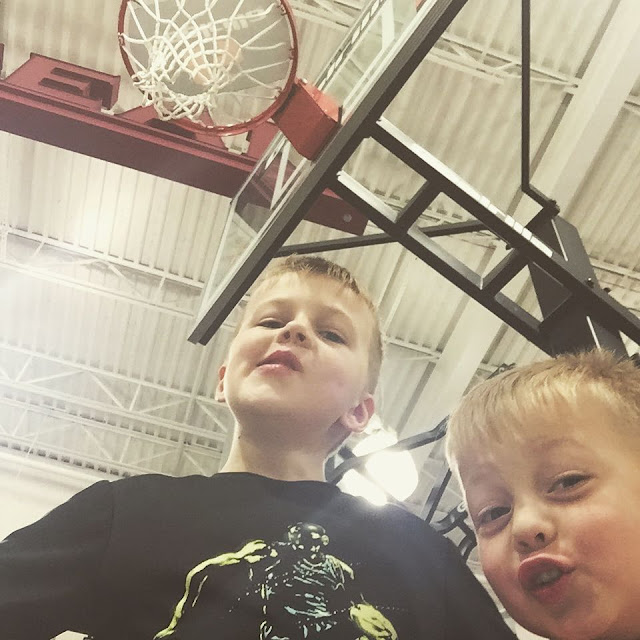 Fast forward a few weeks later and the anchor system had been poured. 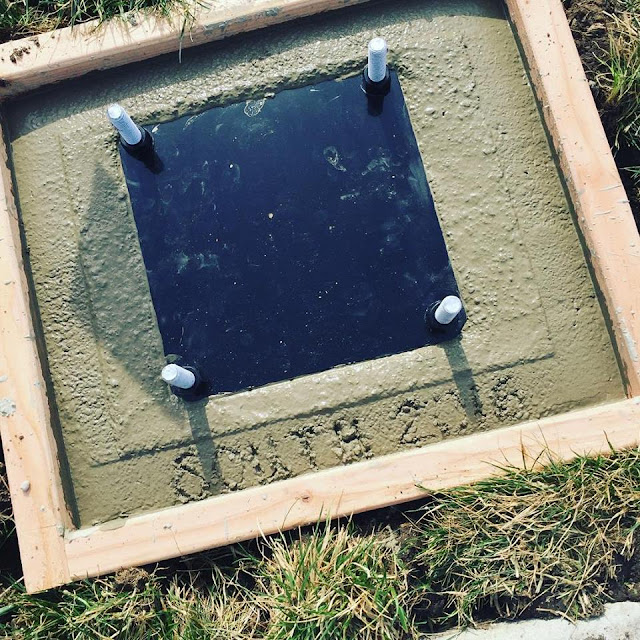 And the goal was in place. 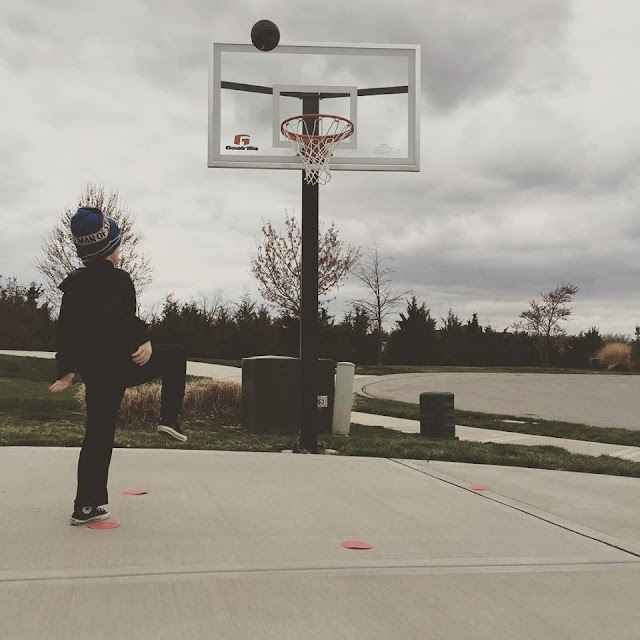 And so were the shot spots. Yes, it has already begun. Coach Mom is in full force--there's no walking without dribbling the ball & there is no ending on a missed shot--always end on a good note. Simple, basic rules to start the boys out but it's a start and hopefully the start to their basketball life.