This last week has brought a couple wonderful surprises---first my mom calls and asks if we would like a visitor on Saturday afternoon through Sunday morning but she wasn't saying who. At first I was thinking my dad and was about to say no---kidding dad, when she said she needed to come to KC to meet my aunts from Omaha for a little bit and she wasn't about to come to KC without seeing me and the boys--Justin included. I was probably more excited than the kids were because I hadn't been feeling well and I knew the kids would be all about her which would result in me getting a little more time to rest.

You see, Justin had been Mr. Mom on top of his daddy role since early Sunday morning already and prior to getting sick I told him to schedule some time with the guys, a night out or something. I wasn't about to take that away from him so Mom was coming up was such a blessing.

She made it to the house just in time to jump in the car as we headed out to Kaden's soccer game. Once it was over it was back to the house where Justin had the grill going---which was so much better than going out and eating. We played a game or two or a dozen of Hedbanz & then to the couch I went. She even got up and went to church with us, the boys loved showing her around our church and when it came time to pick them up from their classes they ran to her, not me. We said good-bye shortly after coming home and I'm pretty there wasn't a single person that was happy about it. 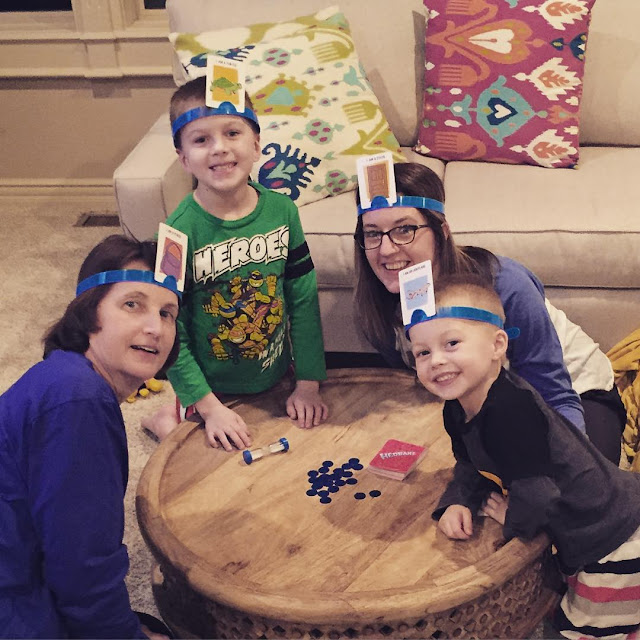 A few days later, I got another call from my mom and she proceeded to ask me the same question--would we be up for an overnight visitor. Sure, the last one worked out perfectly & that's when she said that Dad was up at the Iowa/Missouri border and wasn't going to be able to make it home in his allotted drive time but he could make it to us. We didn't have any plans and the boys LOVE their Papa Tom so of course we said yes & we all hurried home after work to get as much time in with Papa as we could.

He helped Kaden with his homework which I loved watching but then he fed the kiddos nachos way after their bedtime---he's lucky I can't say no to him spoiling the kids. 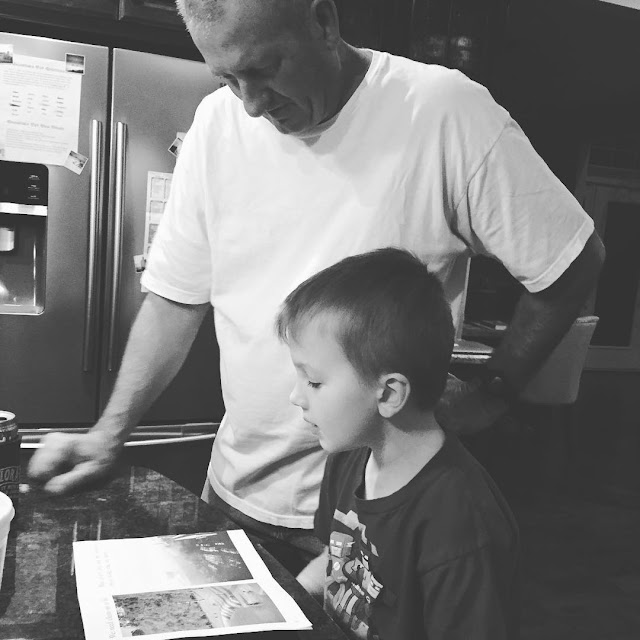 It was early to bed for us all as we all had early starts to the morning, especially Papa Tom but both boys were up and giving him hugs goodbye. Somehow they managed to "charge" Papa for his stay and they both ended up with a couple extra dollars in their wallets.