As if our city, Kansas City, isn't still on a high from our ROYAL October & becoming World Series Champions, our Chiefs turn it up the last half of the season & make it into the playoffs. They were looking to add to their already impressive 9 game winning streak--which means they haven't lost since our beloved Royals took the crown. It's been an exciting time for KC fans around the country but more so for those who live in this wonderful city, who can feel it every where they go, every day.

& what makes this even more exciting is that this is the first time EVER, both teams made the playoffs in the same year. & when the Royals were going on their playoff run we made sure to have plenty of blue in our wardrobe so the same had to happen for the Chiefs too. I made a special run to Kansas Sampler on Friday to get new gear for each of us. We were keeping our fingers crossed that the Chiefs would win on Saturday and hoping we would get a little more use out of our new stuff but either way, we had to show our LOVE for our Chiefs too.

We started Saturday out with a little errand running and lunch out, Kaden's pick since he had such a great report card. He chose "bar food" so we went to The Bar off of Johnson Drive and Uncle Si Dog met us up there. Both boys were excited to see him walk in & were instantly challenging him to games of Tic Tac Toe and Rock, Paper, Scissors. 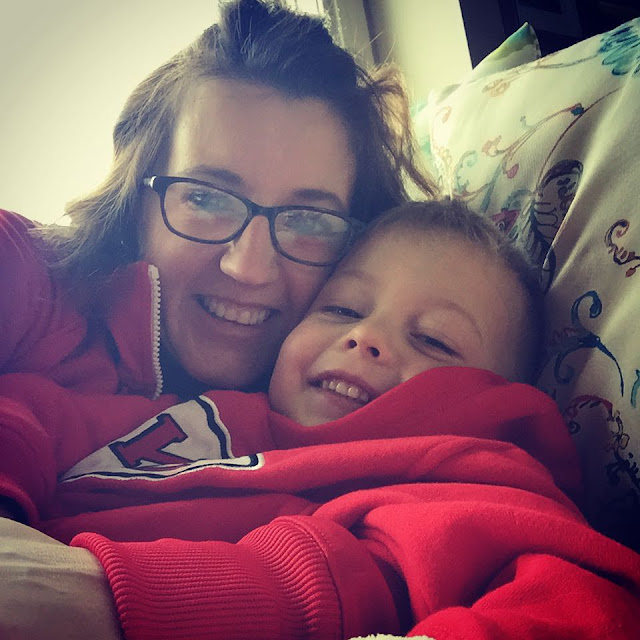 It was getting close to game time so I woke Kaden up and we headed over to a friend's house. As we arrived I had Becky snap a quick family picture of us all in our new Chiefs gear, gearing up for what we hoped was going to be one exciting game & win. 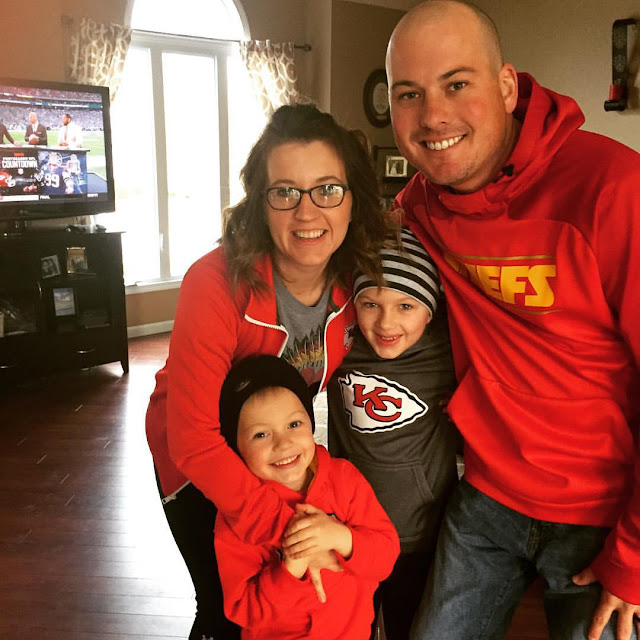 The game did not disappoint & started off with a kick-off return by Miles Davis. High-fives went around the room but we all knew there was still a lot of game to be played and everyone remembers our last playoff game--Indi & it was an ugly roller-coaster. Thankfully, the Chiefs managed to keep putting points on the scoreboard while denying Houston any. Game over. 30-0 Chiefs & that my friends is our first playoff win in 22 years as Chiefs fans. 30 years for the Royals, 22 years for the Chiefs. I guess our city loves to build suspense.

& I'm pretty sure I could have gotten Justin to do just about anything I wanted that evening seeing how he was on cloud 9 from that victory but instead of going out, we headed to meet Adam and Becky to make a kid swap. Cousin Colton was coming to stay with us for the evening and the boys were super stoked.

Those three kiddos spent the rest of the evening playing air hockey, Twister, catch & finished the night off with a move--the Tooth Fairy. 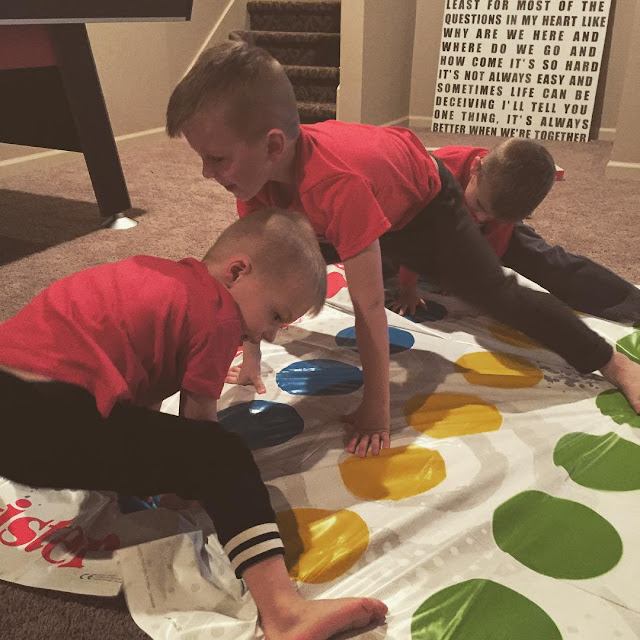 & woke up the next morning and went right back to playing before we headed off to church. What a great start to our weekend. Now to keep the momentum going when Chiefs head to east to take on New England. 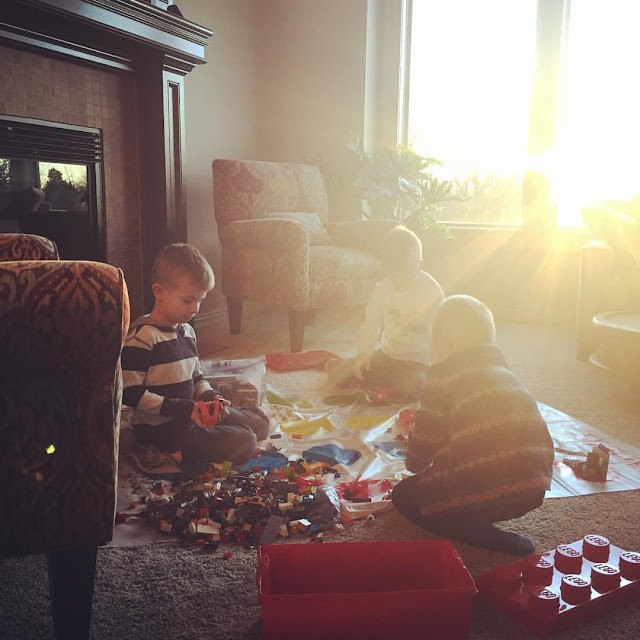