Its Logan's turn. FINALLY. For the past two years Logan has sat with his dad and I in the audience at the JPII Christmas program and watched as his brother walked up on stage with his pre-school class and sang a few songs to a packed room.

But not this year. This year, he got to march right up there all on his own & sing his little lungs out. He was so excited & it was all he could talk about for days---before and after.

We, of course, stuck with the tradition and headed over to pick up Grammy for dinner before and since it was Logan's special night, he got to pick the place---Johnny's it was. After we were finished eating Logan climbed on my lap and the next thing we knew he was asleep. I carried him out of the restaurant, into CVS for some medicine for me and then loaded him into the car. As I loaded him into the car he announced how he no longer wanted to go. 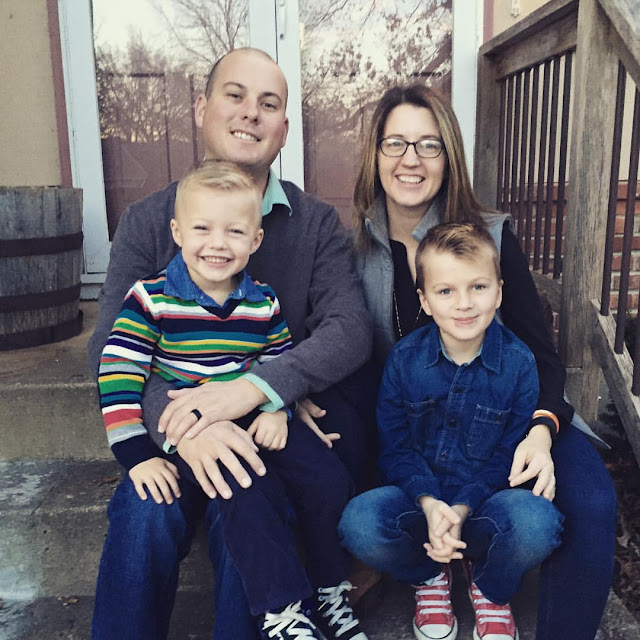 Luckily, he changed his mind rather quickly and thankfully, his class was first up so as soon as we arrived I walked him to his spot near the stage and then we took our seats to watch. As soon as his class started taking the stage Kaden announced he needed to go to the restroom and he needed to go badly. I wasn't feeling well and wasn't too happy since he had just went 10 minutes before but we walked to the back of the church and while he went to the restroom I stood in the back and watched as Logan shined. He was grinning ear to ear.

& although it's hard to see, he isn't on the front row (he's on the left side 2 rows up)--maybe there is hope after all. 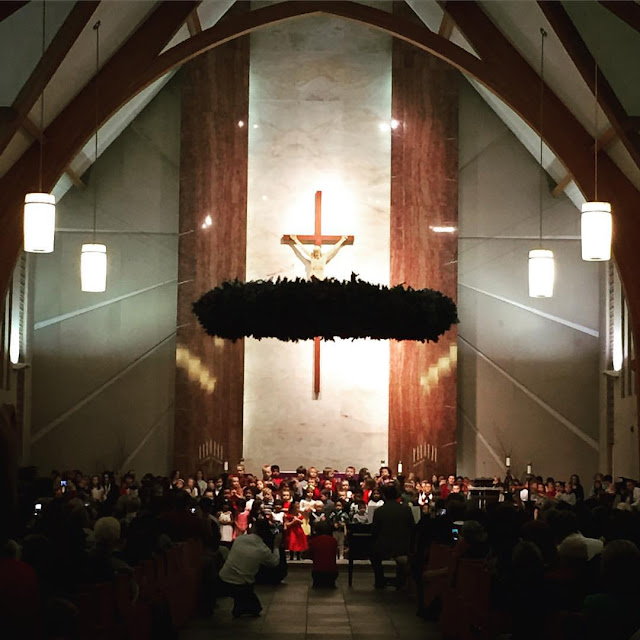 We were planning on staying for the entire evening but I just wasn't feeling any better so we snuck around the side of the chuch and grabbed Logie. He was still smiling and we were so proud of him.

I didn't get any video of the actual program but Grammy was able to take video at their rehearsal earlier that day and it's too cute not to share.