For the past few years, four I believe, we have gotten together with the Berberich clan and made a night of seeing Santa.

We start off with a little dinner and then we all head to Bass Pro, or as the kids know it--the North Pole, for a little holiday fun.

The last couple of years there has been this giant merry go round and the boys had been talking about getting to ride it again---well that didn't happen. Guess Santa couldn't fit it in his sleigh so he left it at the North Pole. The kids weren't too bummed and found a few other toys to play with... 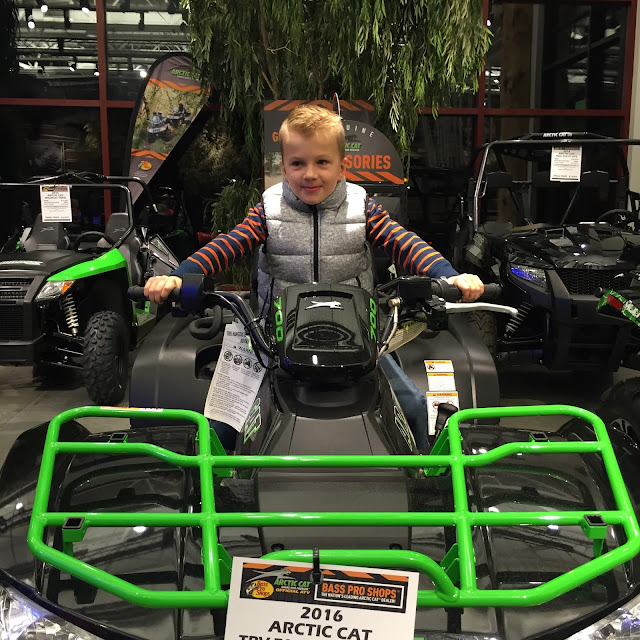 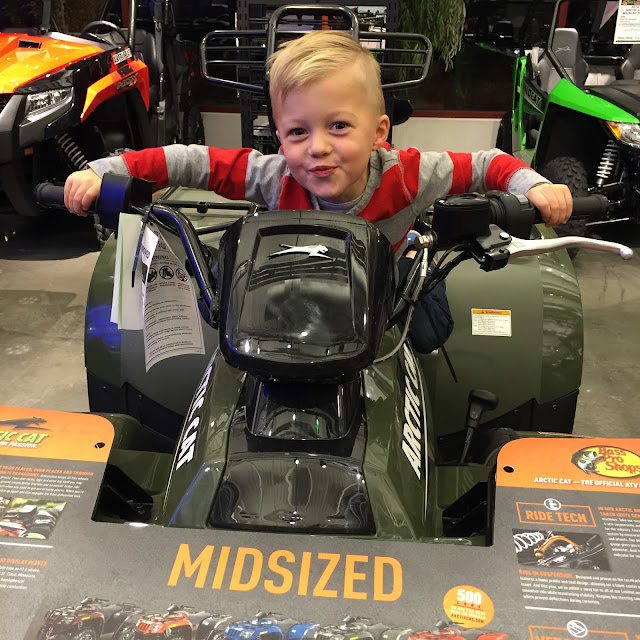 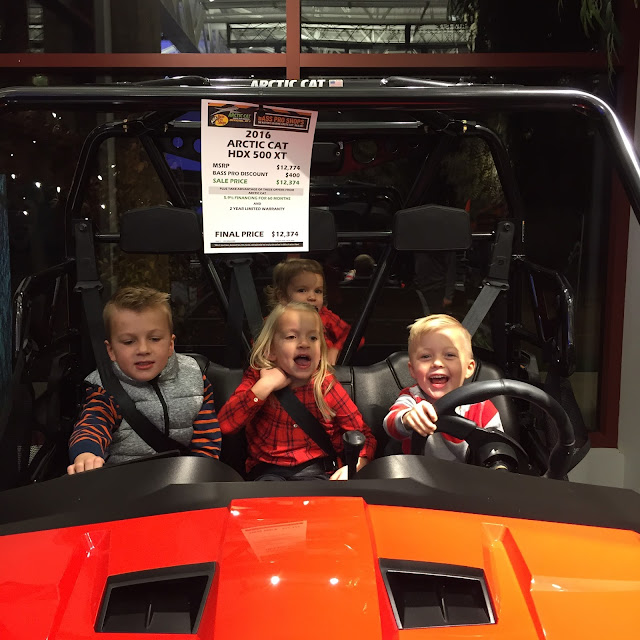 These kids have expensive taste and Tiffany's response was the same as mine, ask your grandparents---I bet they would love to get this for you!!

The line for Santa wasn't all that long and the kids were able to occupy themselves with a few of the toys they had on display for everyone to try out. 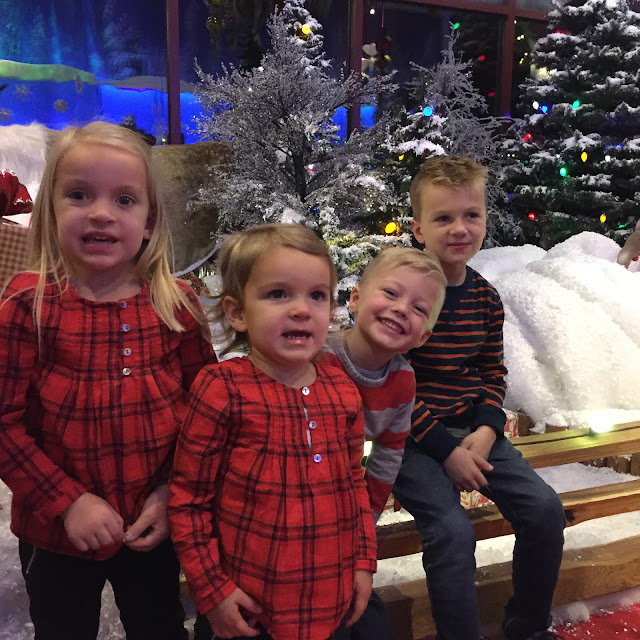 But before we knew it, we were at the front of the line and just as the boys were getting ready to head up to sit on Santa's lap, things came to a halt. Printer paper was out which actually gave Santa a little time to stretch his legs and he walked right over to the boys & started chatting with them. 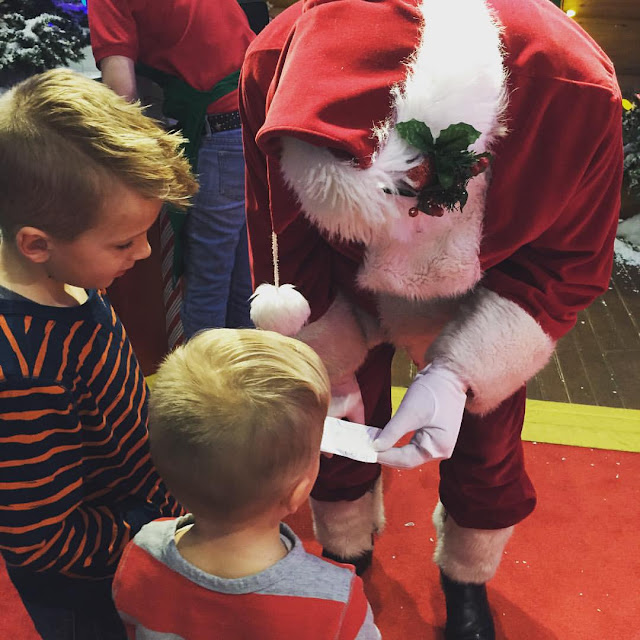 Logan had drawn him a picture of what we wanted for Christmas and Santa knew exactly what it was---an air hockey table. Logan was so stoked that Santa got it right and Kaden told Santa that he wanted to same thing so that they could play together on it.

It didn't take long for the paper to be loaded in the printer and Santa headed back to his seat and the boys followed right behind him. 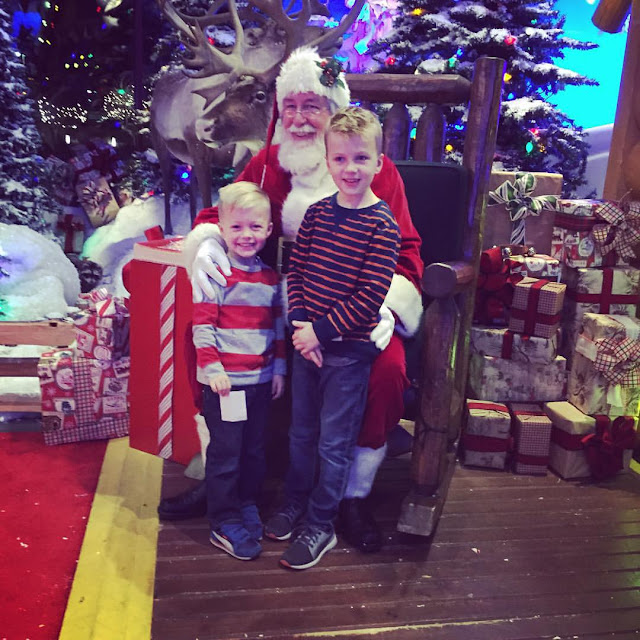 This may have just been our most successful year yet with visiting Santa. 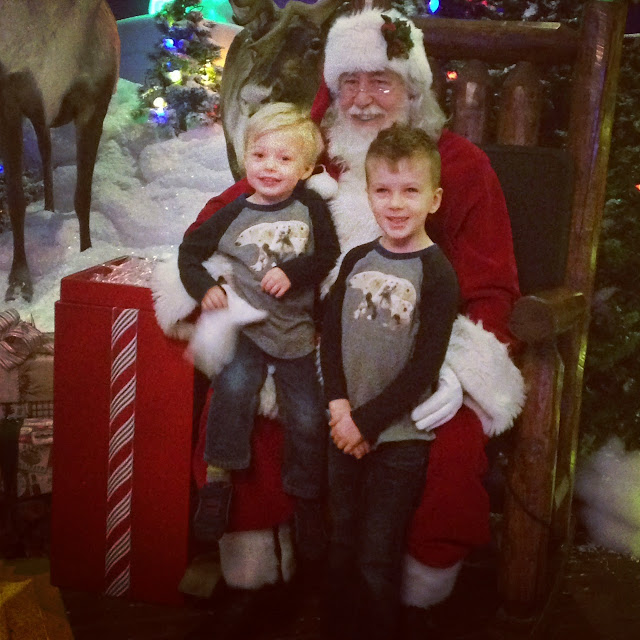 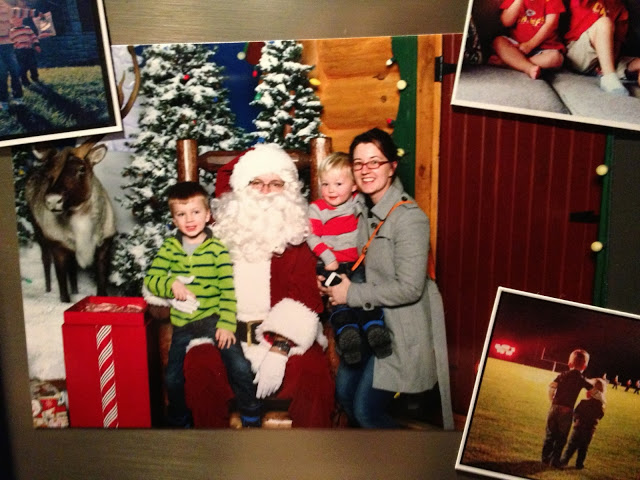 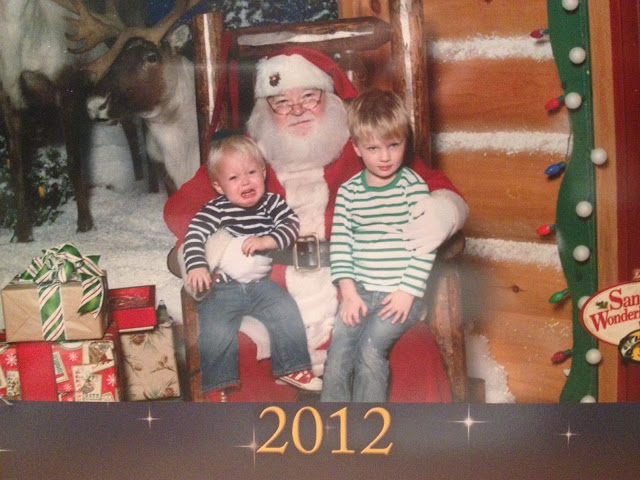