Just about the time the boys are ready to open all their new gifts and play with them the South Christmas starts and they must put everything to the side for a little while longer.

Janet, Adam, Becky and Colton all arrived around 10 that morning for Christmas morning brunch followed by more present opening. But before the kids could dig in, they had to take a few pictures AND they had to smile... 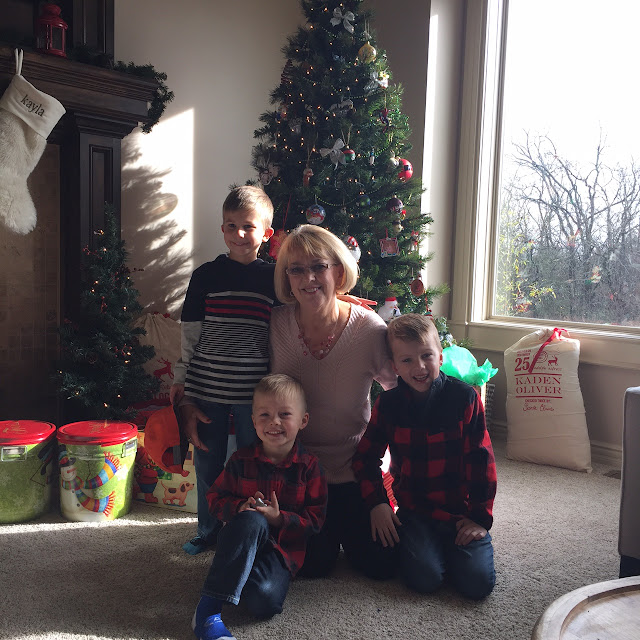 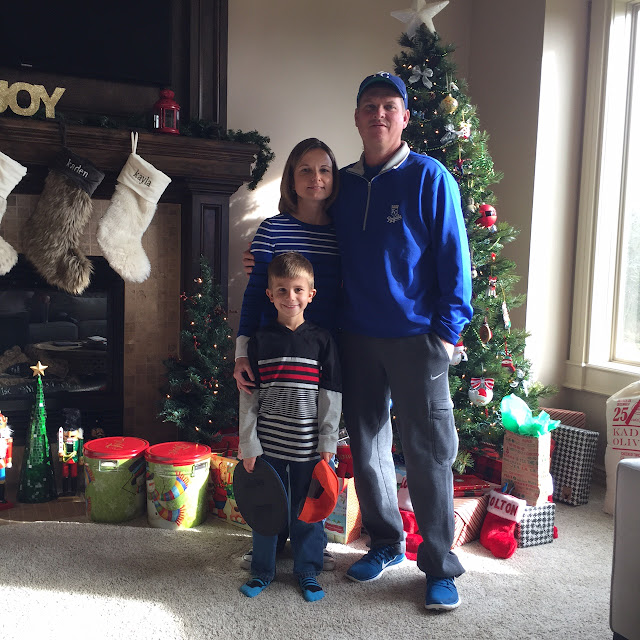 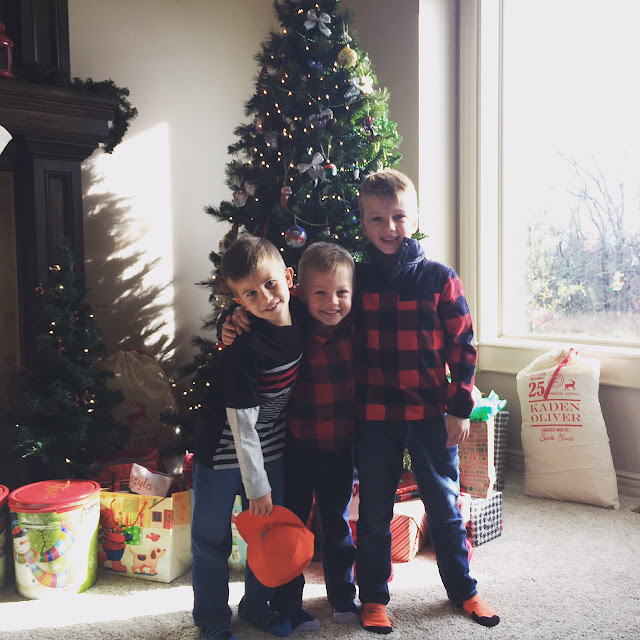 Typically the kids will go first, followed by Janet and then Justin, Adam, Becky and I will open in unison as there is a pretty good chance what I am opening, Becky is too. My MIL is probably the fairest person I know.

One of the things that I cherish the most, their yearly ornaments that Janet gets each of them. I love how she picks out a special day from the year and includes it in their ornament, makes putting them on the tree year after year so much more special. This year she chose pics from the 2015 World Series Ticker Tape Parade---Forever Royal.

Once the gifts were open the boys had time to play with a few of their new toys and to try out the hockey table with Cousin Colton.

Our South celebrating wasn't over yet though, we had been invited to Justin's cousins house for dinner and more family time & since both the boys were wearing plaid, Justin decided to join the fun too. 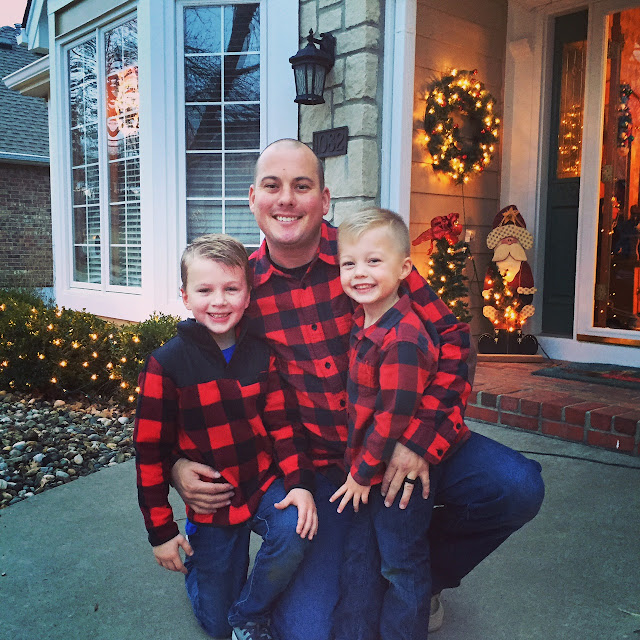 The weather was gorgeous, so much so, that our little boys were playing football with Justin's cousins big boys. 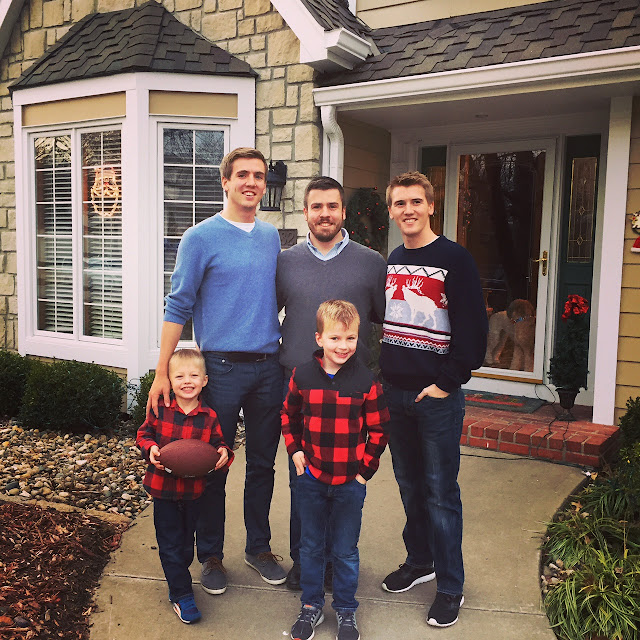 Justin's aunt and uncle came in from Florida which we don't get to see nearly enough and brought with them old videos from 40+ years ago. It was so fun sitting there and hearing all the stories being told & seeing my MIL as a little girl too. Kaden and Logan weren't sure what to think but they seemed to enjoy it just as much as anyone else.

It started to get late & the boys were starting to get tired from their super long day so we loaded up and headed back home but we managed to talk Justin into one last stop---the Magic Tree. Again. 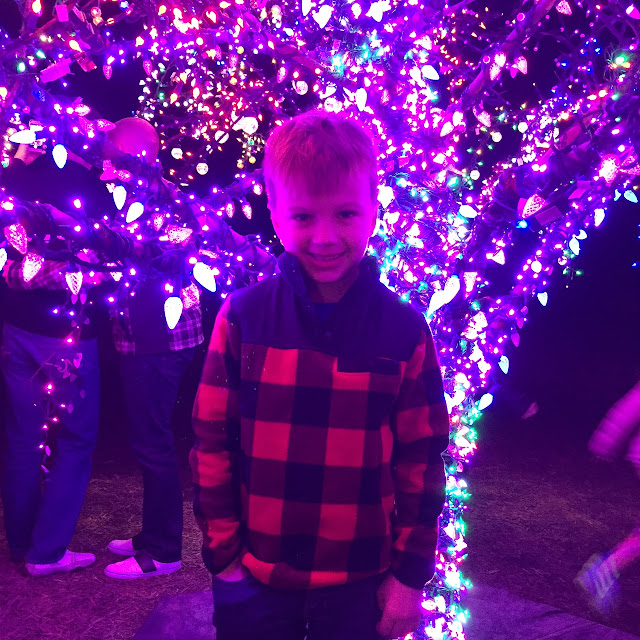 Christmas Day was everything. It always is.
Posted by Kayla South at 2:51 PM