I swear, Christmas just keeps getting better. The magic was through the roof at the South house this holiday season and not just because of the obvious reason but because we really tried focusing on the real meaning of Christmas and spreading joy and love to those around us.

Our Christmas festivities started off with a little holiday baking, this was our 3rd annual South Holiday Baking Extravaganza & before we knew it, we were done.

Which only meant we needed to deliver our baked goods to our neighbors and get ready for Christmas Eve Service at our church. Logan had recently come down with pink eye so he stayed with Justin and I while Kaden ventured on to his class.

They clean up pretty nicely. 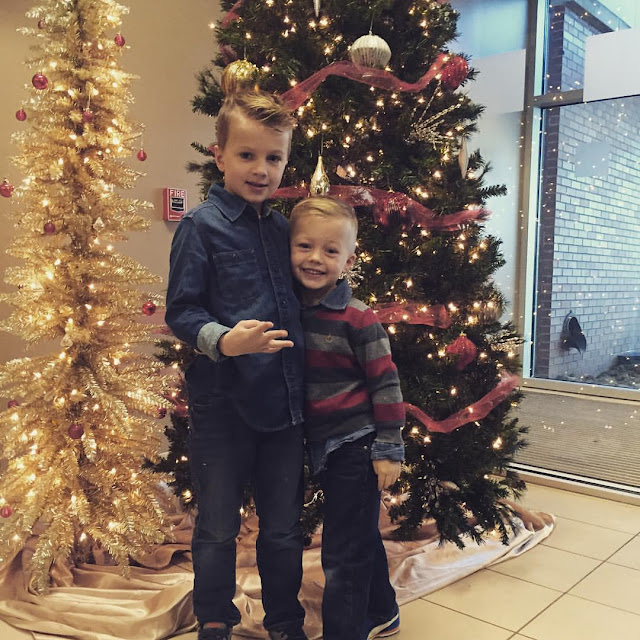 We decided to head out to dinner for Christmas Eve and went to one of our favorite places but they were slammed so we figured we might find something else---NOPE. Everything was either slammed or had closed down early so it was back home and we loaded up on cereal but the boys, they didn't care they were bursting at the seems with excitement.

After dinner they ran straight up stairs to put on their PJs that Fishlegs had left them. 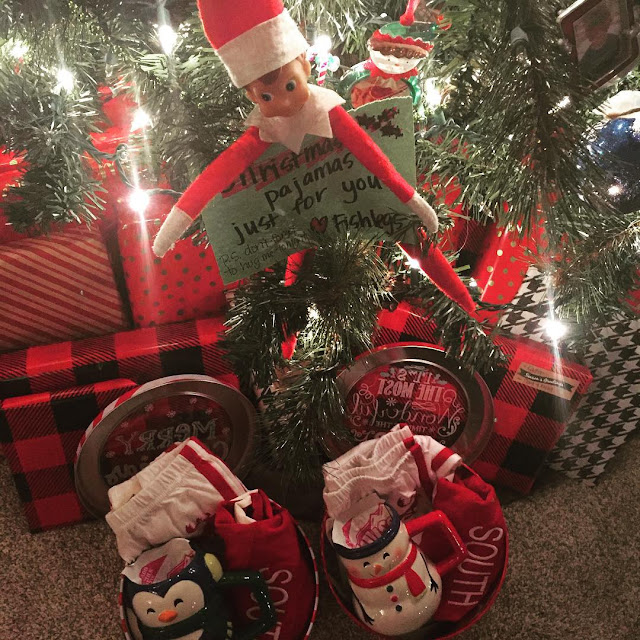 I bribed them for a few more pictures of them in their Christmas PJs and then we settled in for some hot cocoa and a movie. 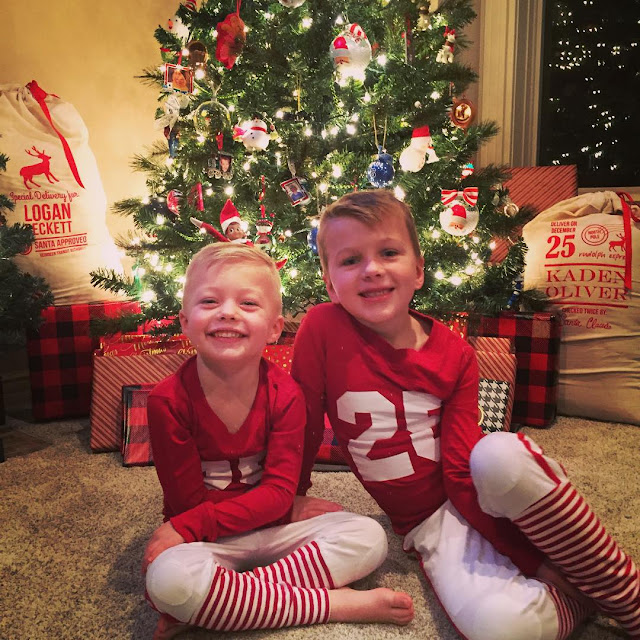 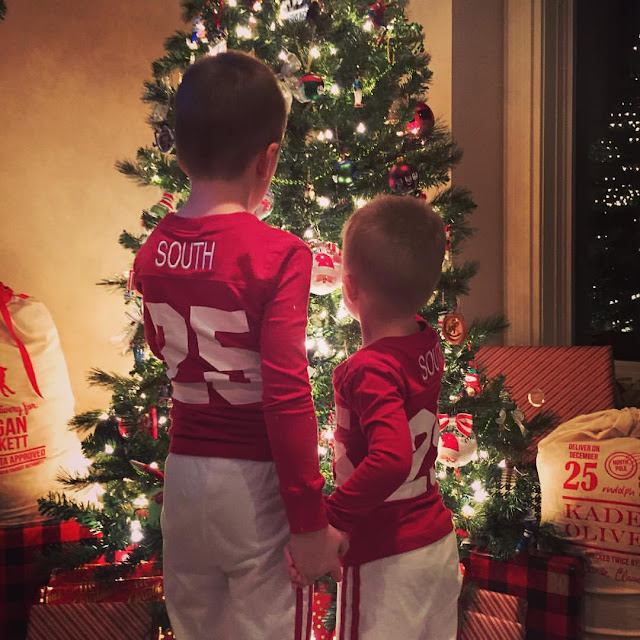 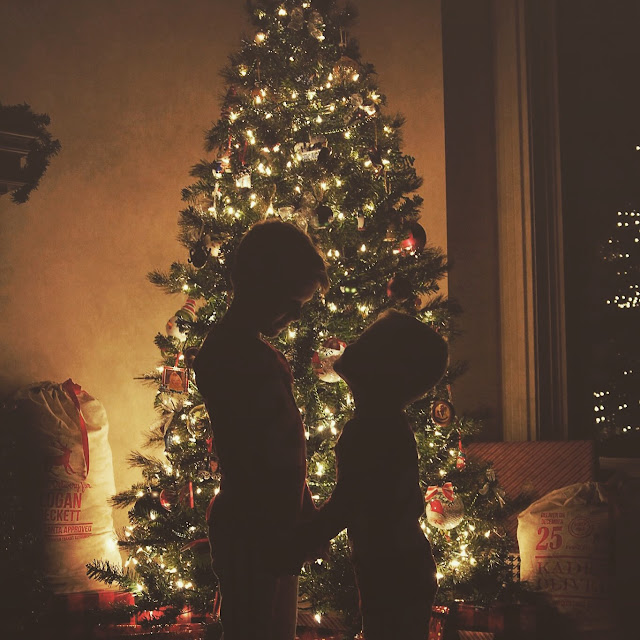 Before heading up to bed they got to give Fishlegs a farewell hug and although they were sad to see Fishlegs leave, they knew it also meant that Christmas would be here when they woke up. And as I was tucking them into bed I could hear Logan telling Kaden not to forget to wake him up and when I asked what they needed to wake up for, Kaden replied with, "we are going to try and see Santa!" This was the first year that they had expressed any interest in catching the jolly old guy & instantly put a smile on my face. 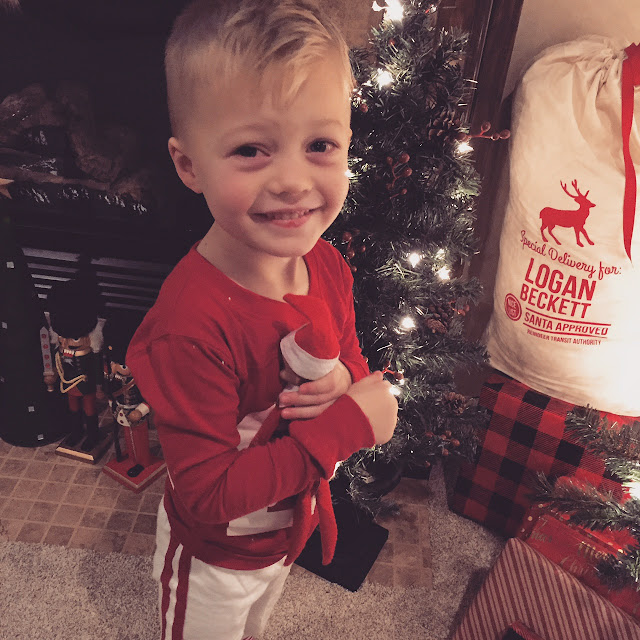 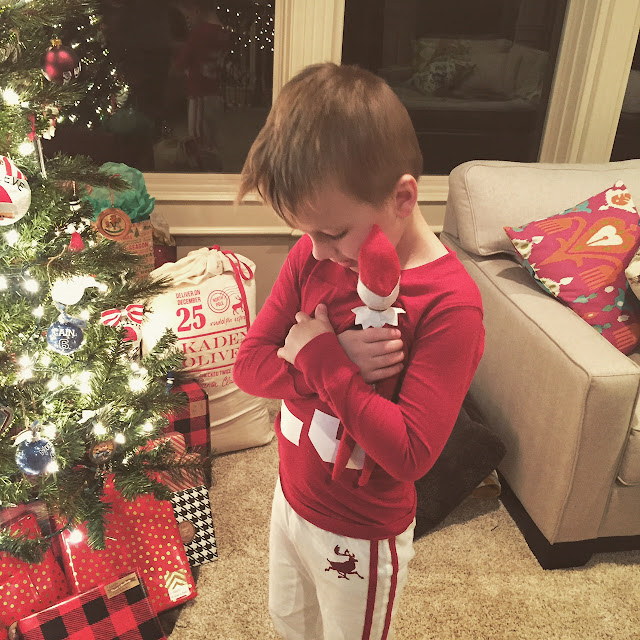 And while the boys slept, Santa came down our chimney and was quiet as a mouse while he filled the boys stockings and left them a big surprise. 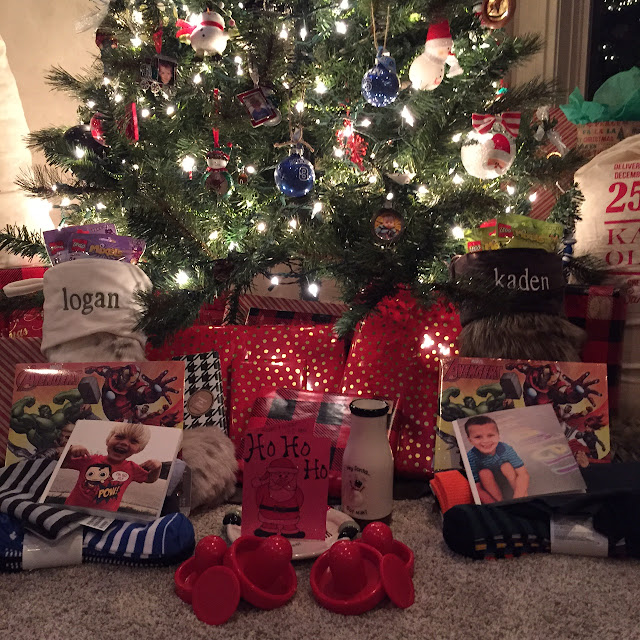 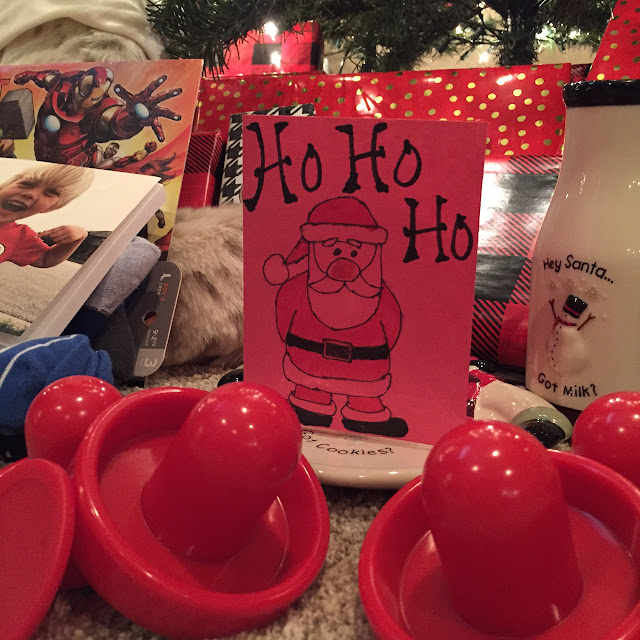 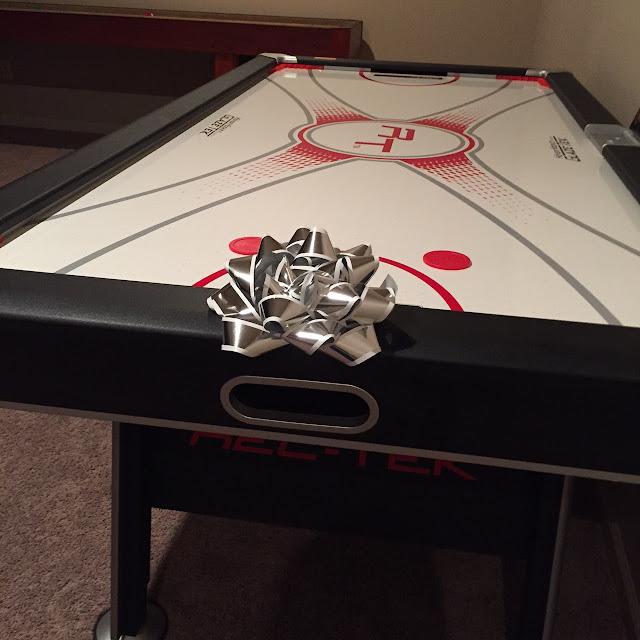 I didn't sleep a wink, there was too much excitement, the boys, slept like logs. I was starting to think I was going to have to wake them up but finally they came in about 7:30 ready to run downstairs. 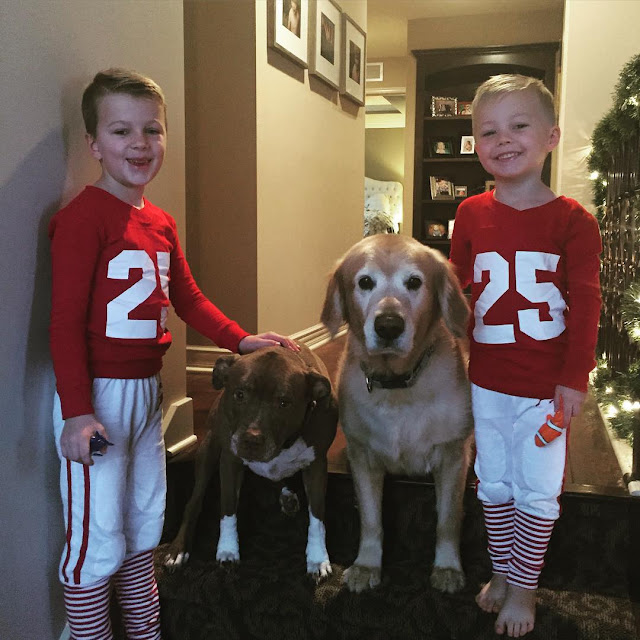 and of course I had my camera ready to record.


Needless to say, Santa's gift was a big hit and they spent their fair share of time playing together on it. Even Grammy got in on the action when she arrived at house. 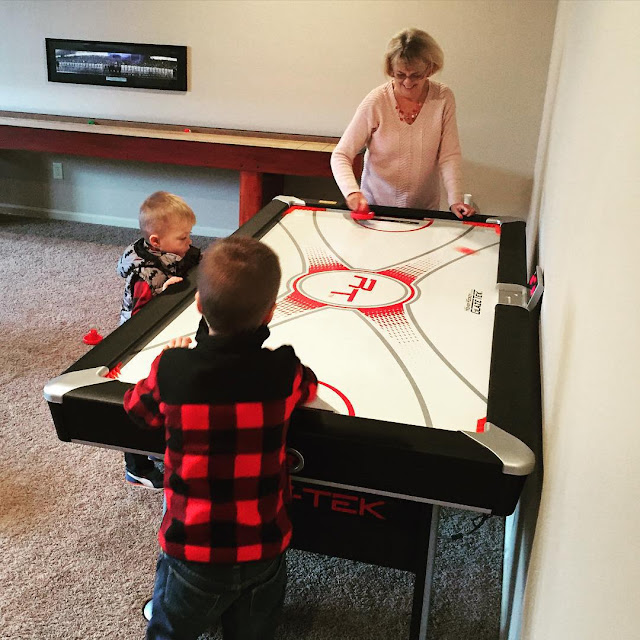 After the boys had opened up their stockings from Santa we moved onto our gifts to them. Our THREE gifts to them, Baby Jesus was presented with three gifts and if three gifts were enough for our Savior, three gifts are plenty for the boys. A want, a need--usually an outfit, and a read. 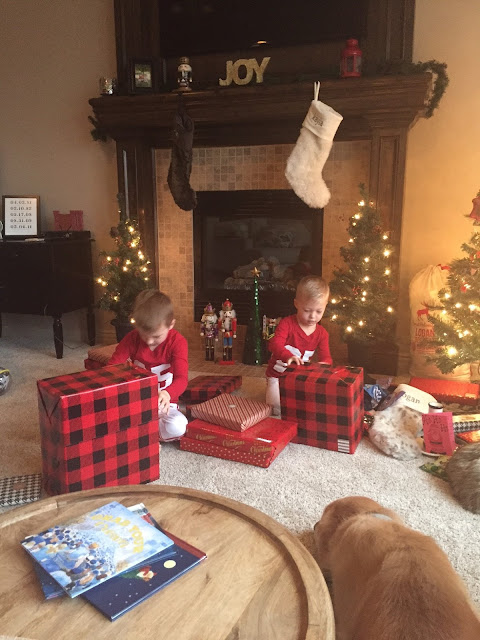 Kaden received a new game for their 3DS, an outfit and a Stuffies that came with a book. 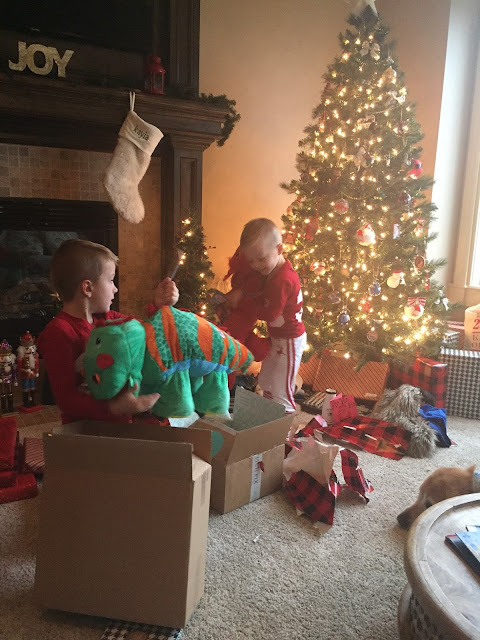 Logan received a new game for their 3DS, an outfit---an old grandpa sweater that zips, the kid loves zipping sweaters, and a Stuffies which also came with a book. 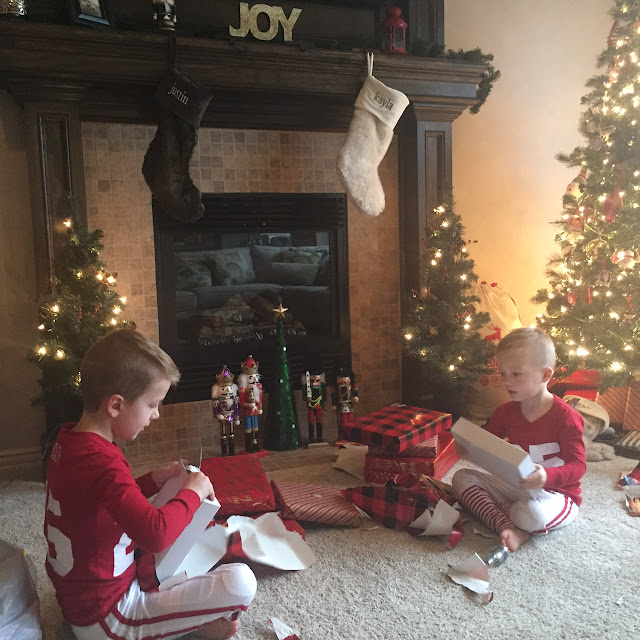 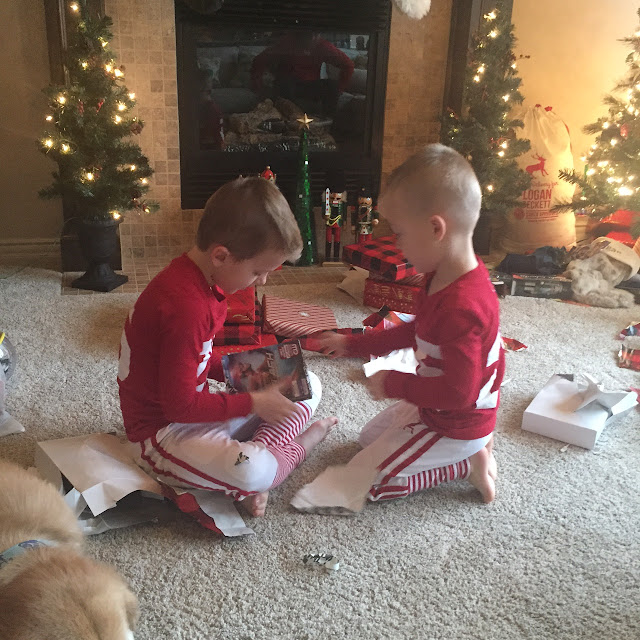 It wasn't much but they didn't care, they were thankful for what they did get and proclaimed multiple times, "This is what I have always wanted!"

We were blessed beyond words and looking at them I couldn't help but be reminded of how great our God is. 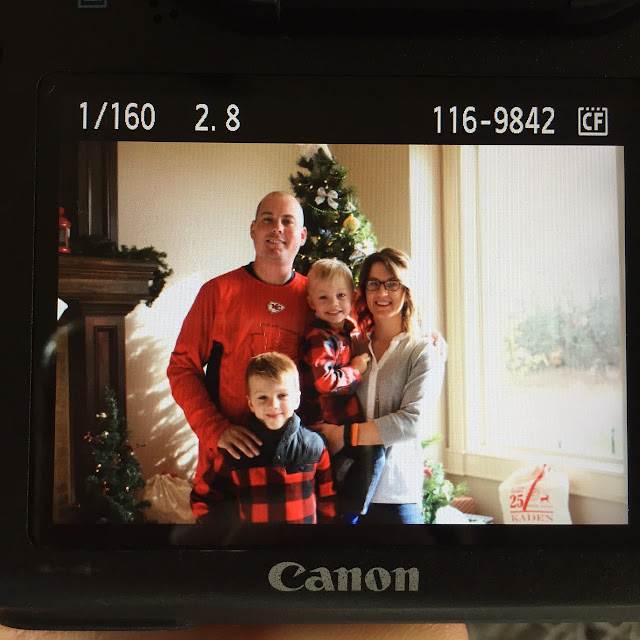