We have been counting down the days until the Garretts arrived for the Thanksgiving holiday. They would be spending an entire week with us & as excited as my boys were to see GG and Julian, Justin and I were equally excited to spend some time with our dear friends who we hadn't seen in about 18 months. Well, that's not true--I get to see Garrett a couple times a year at work events but that doesn't really count.

They weren't sure if they were going to drive all the way through on Friday night or stop halfway to get some sleep but when I checked in with them at 8, they were coming straight through. Kids were asleep and they just wanted to get it over. I don't blame them, we have made the drive a couple times too and it's just one of those you just want to get over.

I waited up for them--watched a few movies, edited a few pictures & as soon as I saw their headlights, I ran out to the car and started carrying in the kiddos. It was so wonderful to get that first hug. Logan woke up long enough to say hello and then followed with good night. It took a little while for everyone to come down from the excitement but we eventually got everyone in bed around 3 in the morning. A few hours later and we were all back up and the boys were already playing. 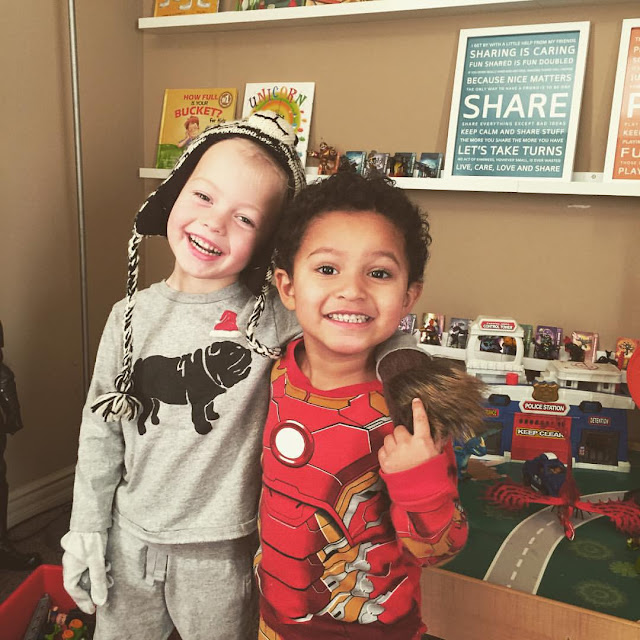 Justin and Logan headed off to get some yummy John's Spage Aged Donuts for our guests and then it was off to bath for my boys as we had a birthday party to attend but not before a few more cute pictures were captured. 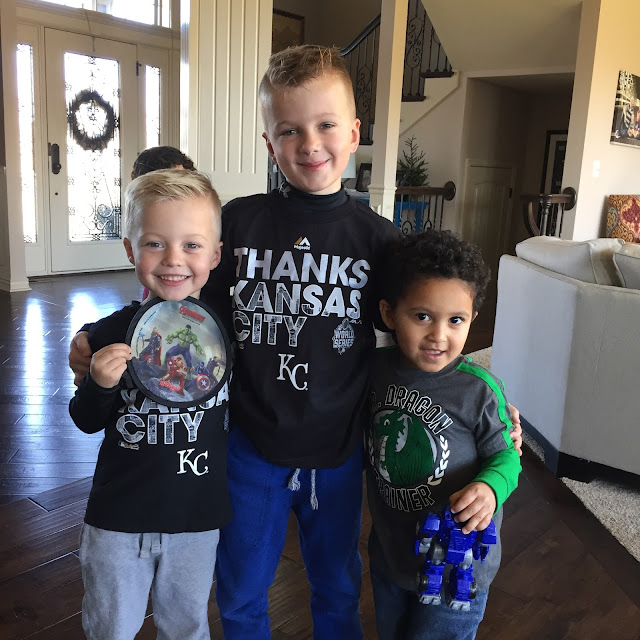 Once we got back, it was time to find something to do quietly. Not a single one of them went down for a nap & I knew then that this was going to be the normal but then again, long hard days of play should equal quiet early nights to bed. 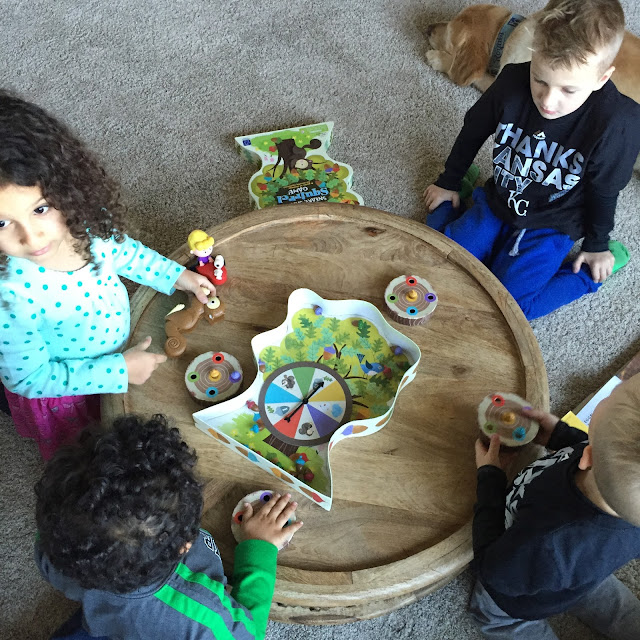 & when bedtime rolled around they decided that they all had to sleep in the same room. & not on the bed, on the floor. So Tugce and I pulled the mattress off the guest bed and brought in Logan's mattress to make room for everyone. We told them that there was no talking and that it was time for bed.... 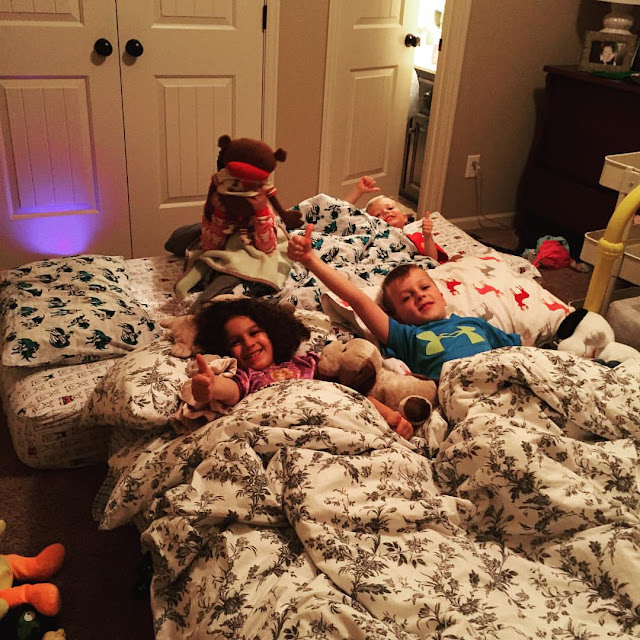 & five minutes later we had four little kiddos fast asleep dreaming about all the fun they would have in the coming days. 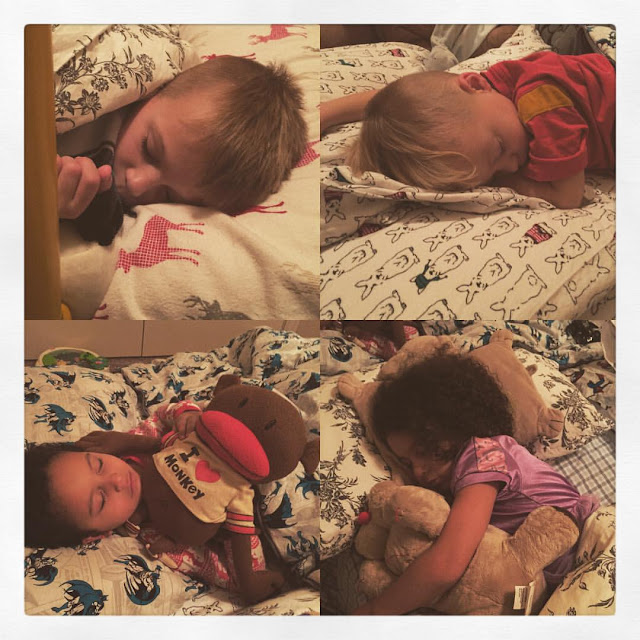 Life was pretty darn good.
Posted by Kayla South at 8:30 AM