One of the things we wanted to do while the Garretts were in town was have a PNO, leave the kiddos at home with a sitter and enjoy a night out. We felt like Thanksgiving Eve made the most sense--we had zero plans for the following morning and not a single one of us had to actually leave our house on Thanksgiving unless we wanted to.

Not only did we want to have a night out with the Garretts but all their friends wanted to see them too--we've all missed them so much. I had thrown out a couple ideas for a night out on the town, a limo with friends to Weston, sushi followed by some fun bar or dance place but then JG threw out Top Golf. He's from Milwaukee and TG just hasn't made it that far north yet. I gave them a call and not only did they have space but as long as I had 12 people we could get to reserved bays and not have to wait in the FOREVER long line.

Our sitter wasn't going to be able to get to the house until around 6;30 so we sent Justin and Tugce on their way to meet up with their friends for dinner and my Justin and I held down the fort for a little while and then grabbed a quick bit at Johnny's before heading to TG. We walked in and an employee was waiting for us with a sign and escorted us to our bays. 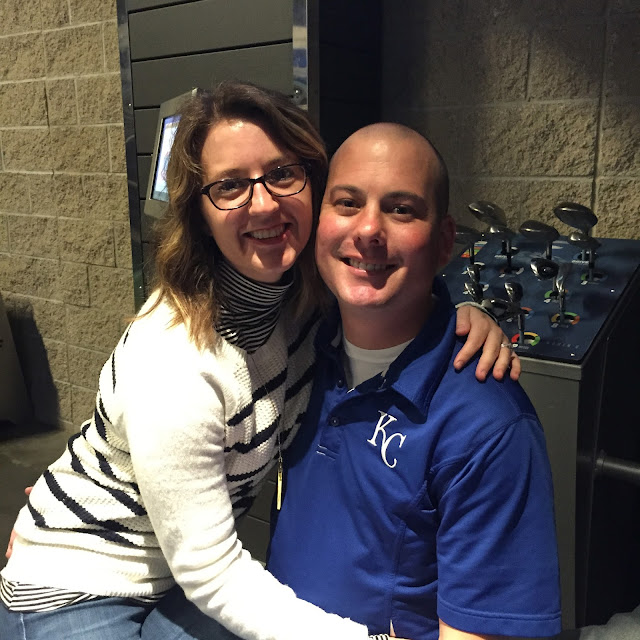 We had our bays for 2 hours but ended up tacking on an extra bay and an extra hour. The best thing, it was all you could drink beer and wine and although that wasn't really doing it for me, everyone else was happy. 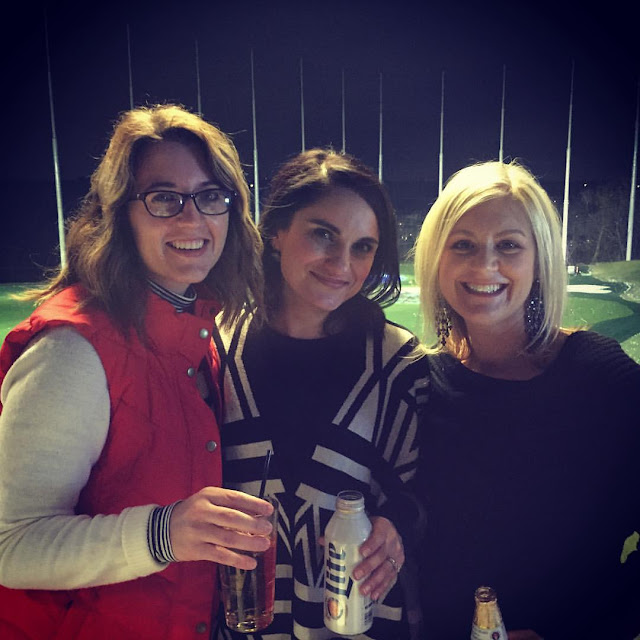 And you know I managed to get what I wanted. Everything was going just peachy until someone decided it was time to order shots---it started with a round of whiskey shots with pickle juice chases & I thankfully made the right choice and declined this round. 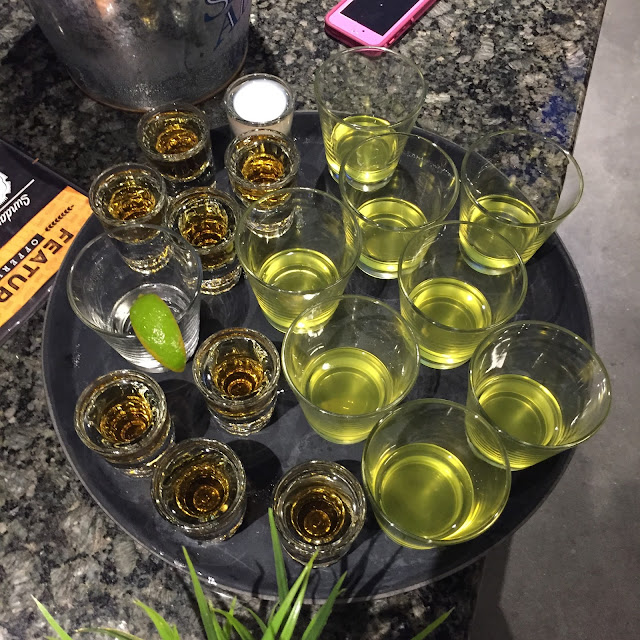 But then Tugce started ordering shots and this time around it was RumChata---I'm not a big fan of shots but I couldn't say no, so I joined in. I'm horrible with peer pressure. 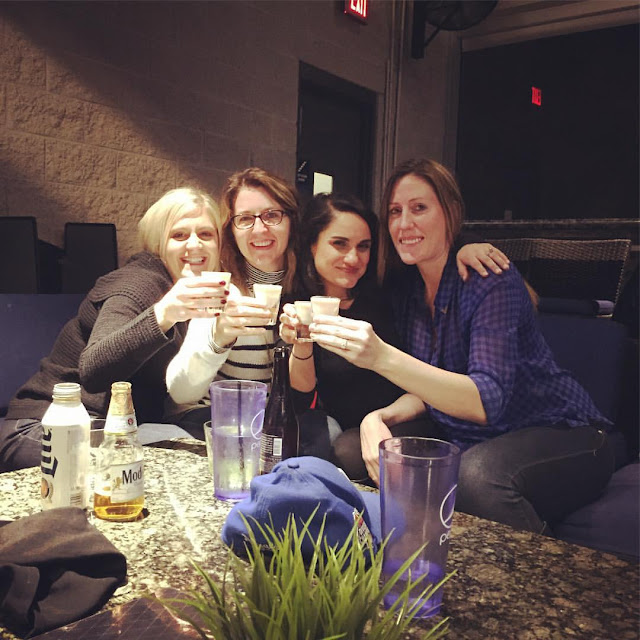 Next thing I knew, I was on my second (Tugce and Jennifer's 3rd)... 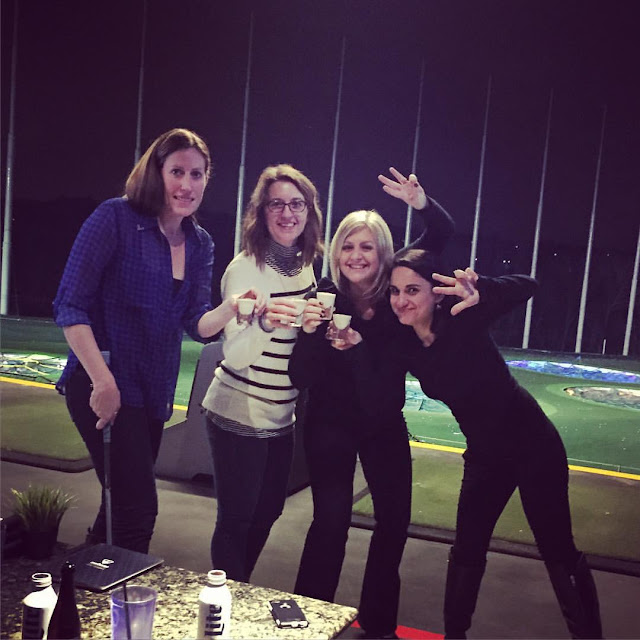 and then my third, their fourth, as if you couldn't tell by the pictures. 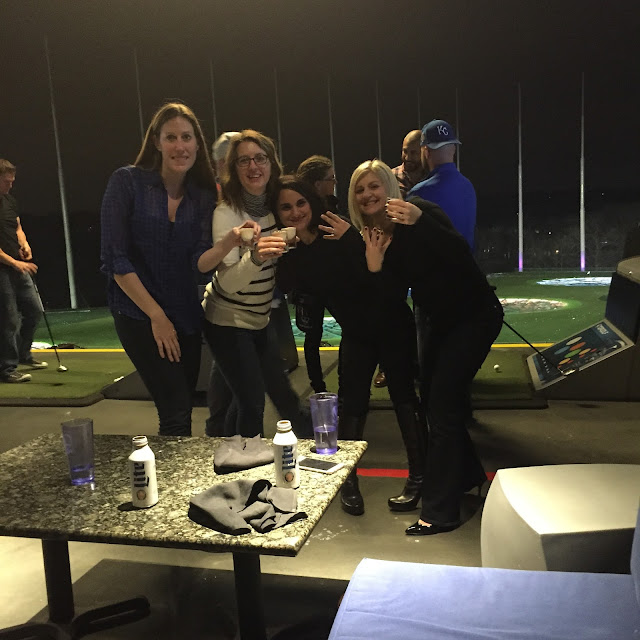 Thankfully though it didn't mess with my game, actually it only got better as the night went. That's me, Player 7! 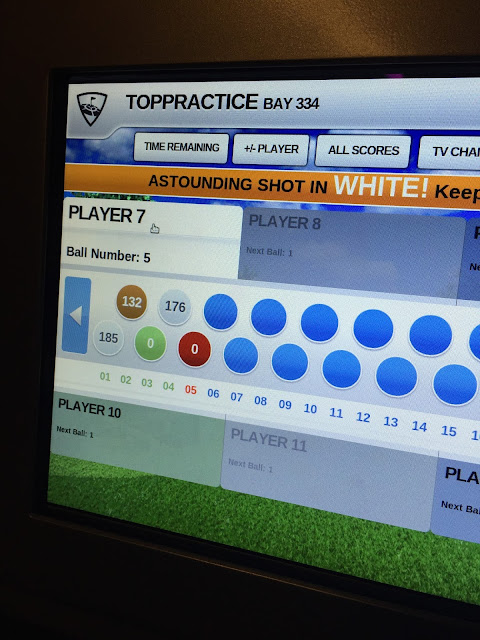 The evening was as much fun as we had hoped for and the Garretts were able to see a number of their friends all in one place. It was the perfect way to spend Thanksgiving Eve. 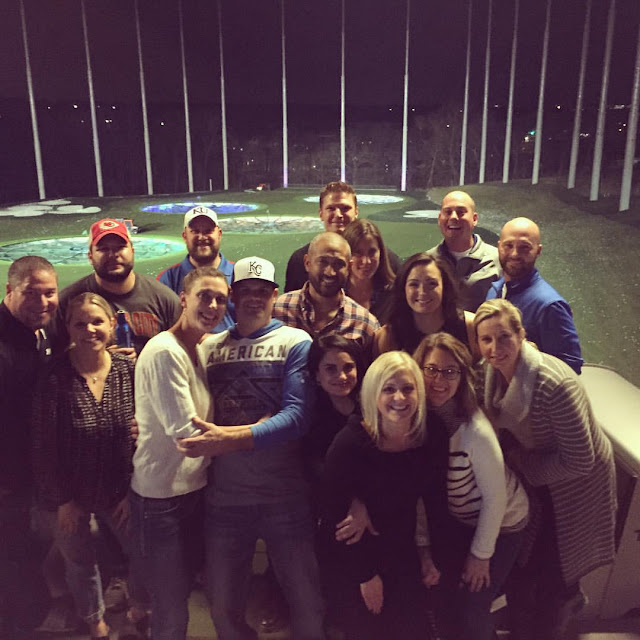