Growing up my parents never decorated for Christmas before the Thanksgiving holiday was over and it's something that I have continued as I have started decorating our home for the holidays too. Now don't get me wrong, Thanksgiving ended at midnight on Thursday and I had boxes and the tree out and was ready to get started before 8 am rolled around on Friday.

This year, I had a couple extra helpers, cute helpers too.

& before I got started decorating I had to figure out where the tree was going. We have the perfect place for the tree and it has occupied that spot for 3 years now but this year, we had BIGGER plans, we just didn't know if they would unfold the way we had, really I, had hoped.

My Aunt Kelly has this massively tall tree & she was wanting to get rid of it last year and I said I would take it. Fast forward 11 months and we hadn't made the exchange and I wasn't sure if it was still available so I picked up the phone, did a little calling around to my mom who just happened to be with my uncle and a few minutes later the tree was mine. Now we just had to figure out when I could get it. Thankfully I have an amazing mom who loves to see her grandchildren and was just itching for an excuse to get up here--so she brought the tree up the following Sunday after our guests had left.

So back to our ornament tree & where it was going. Justin and I had talked about putting the tree in the basement but since we don't go down there all that much we figured, I figured, why not the living room. He carried the chair away & I got to work. 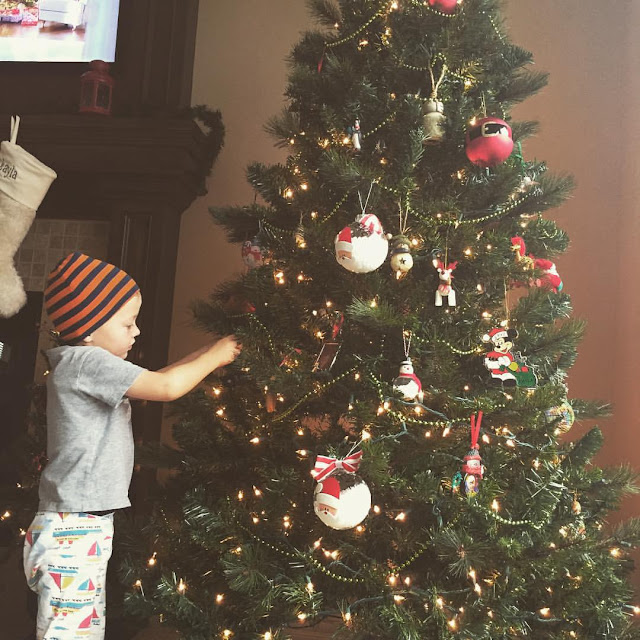 Someone actually made the comment that they were surprised I do fake trees, that surely, I would totally buy into the adventure of finding, cutting and hauling home a new one & you know, they're right. It is totally something I would love to do but we have to dogs & they like to eat wood, I'm afraid we would come home and find the tree on the floor and two little dogs looking up at us with their big sorry eyes. Secondly, all I know is fake trees. I believe I had a real tree once, in college and that's only because Abby always got real trees.

It didn't take much and the tree started coming together and Logan and Gisele were anxiously waiting to grab a few ornaments and find the most perfect place on the tree for them. Mind you, the perfect place ended up being about a 10 inch radius for EVERY ornament. 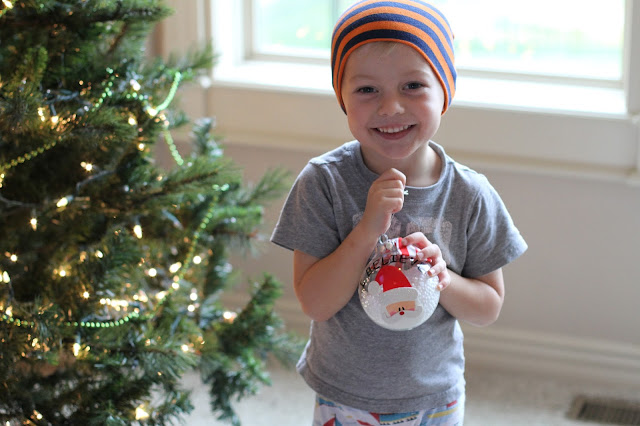 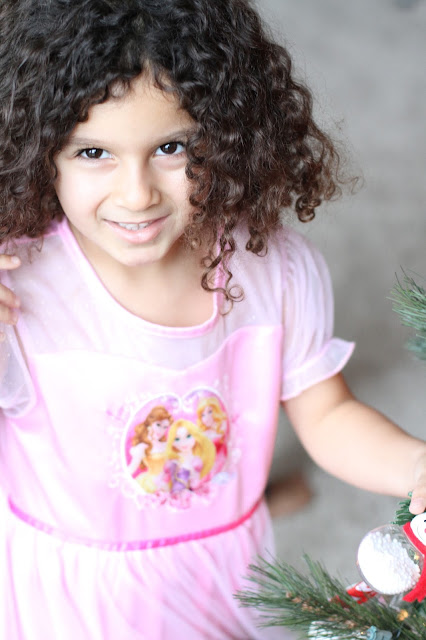 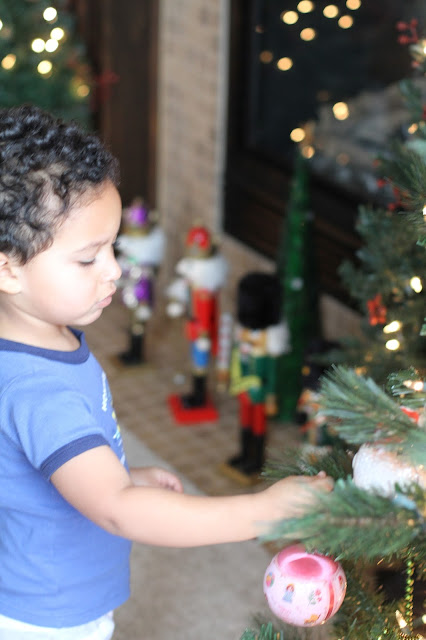 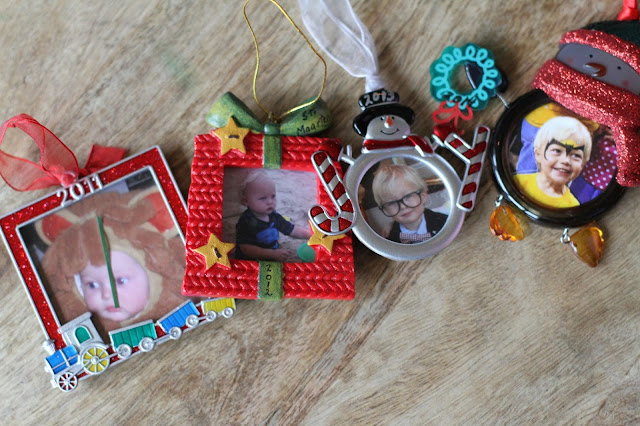 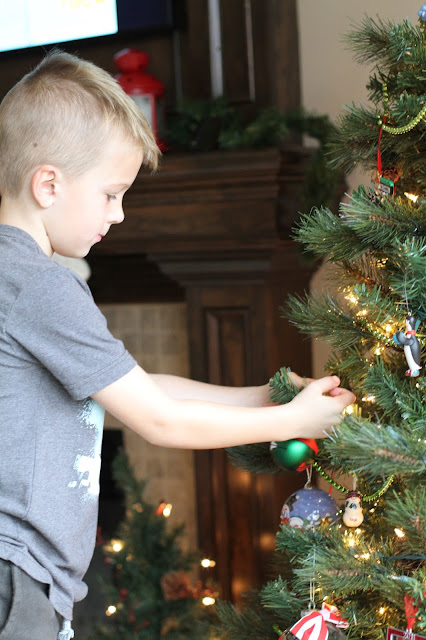 This tree has now become known as our "ornament" tree. It is filled with all my childhood ornaments, Justin's childhood ornaments and now the boys are adding an ornament to it each year. Last year it was Spiderman and the Batmobile, this year Kansas City World Series Ornaments. Honestly, I was about to order them Super Mario ones when JG said, "I take it you are doing World Series ornaments this year, right?" To which I replied, "of course!" and started searching Etsy for a Cain and a Maustakas ornament that also had World Series Champions on it. We found these and they fit the bill perfectly. Just the right size for the boys and it just so happens that Kaden is 6 this year and his favorite player is Cain whose number is 6 too. He thought that was pretty awesome. 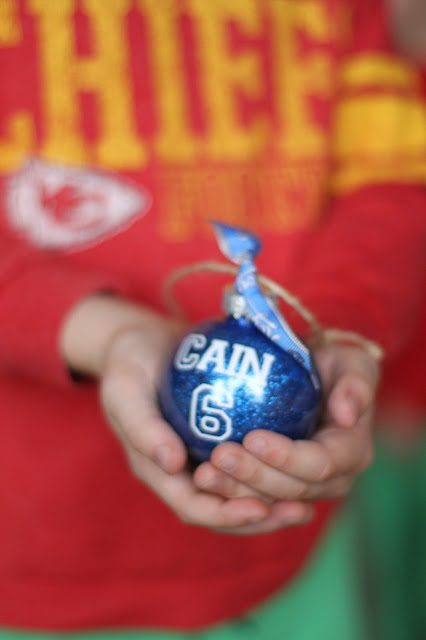 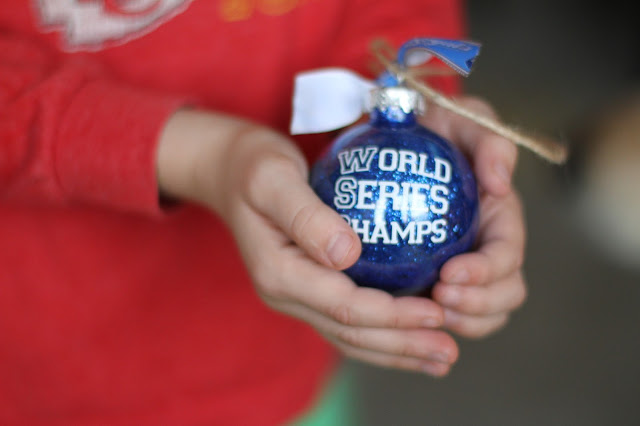 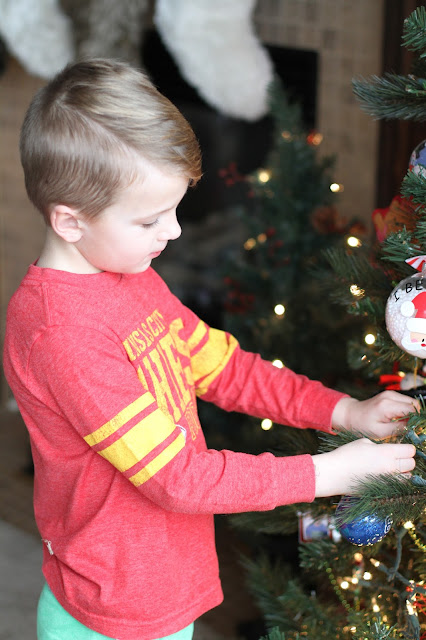 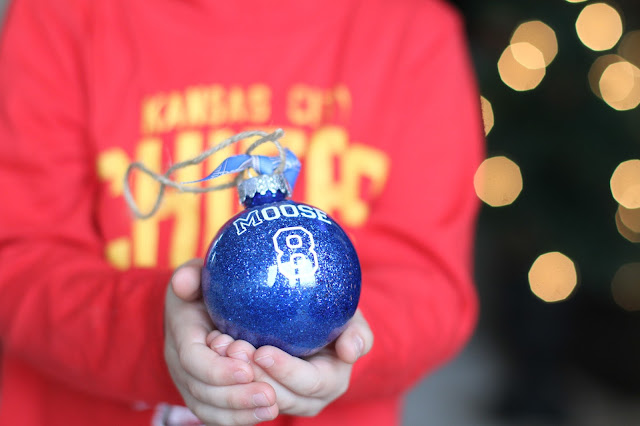 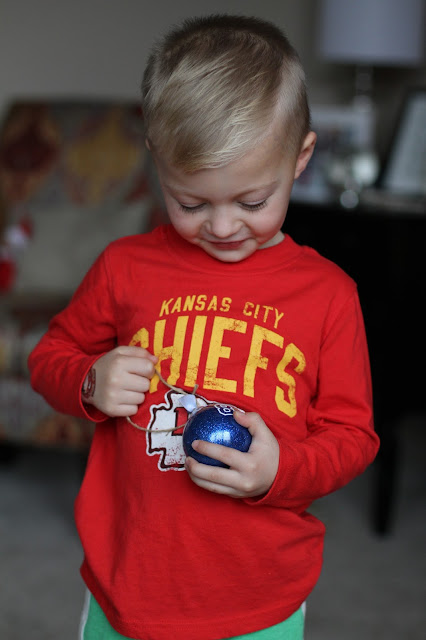 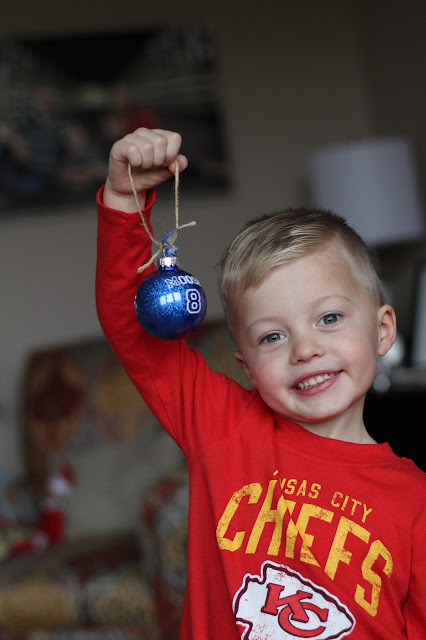 Logan truly was my little helper this year. He loved every minute of decorating the Christmas tree and putting his ornaments up. He even helped with his brother's ornaments since he was off playing the Wii with Gisele. Decorating the tree is one of my favorite holiday pastimes and it keeps getting better each year as the boys get older. They ask more questions about Christmas and the real meaning behind it and they want to know EVERYTHING about each of the ornaments we got when we were little. 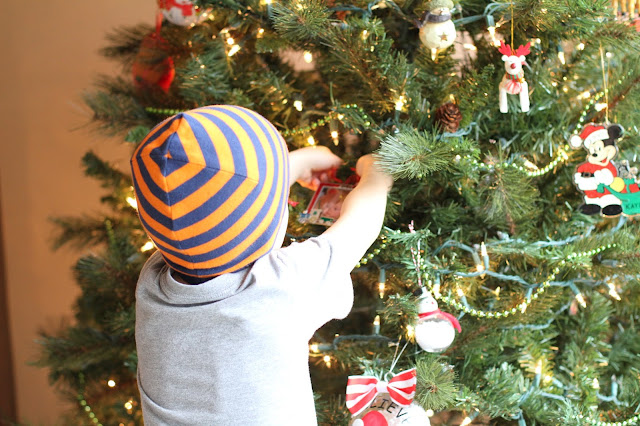 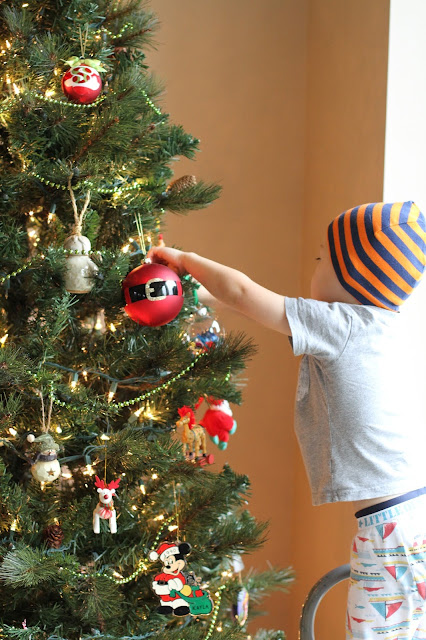 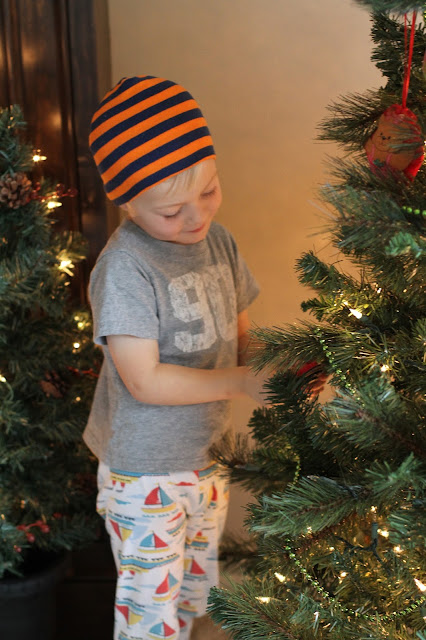 And if I could, I would keep our tree up all year long. I love the constant glow that it puts off. Just magical. 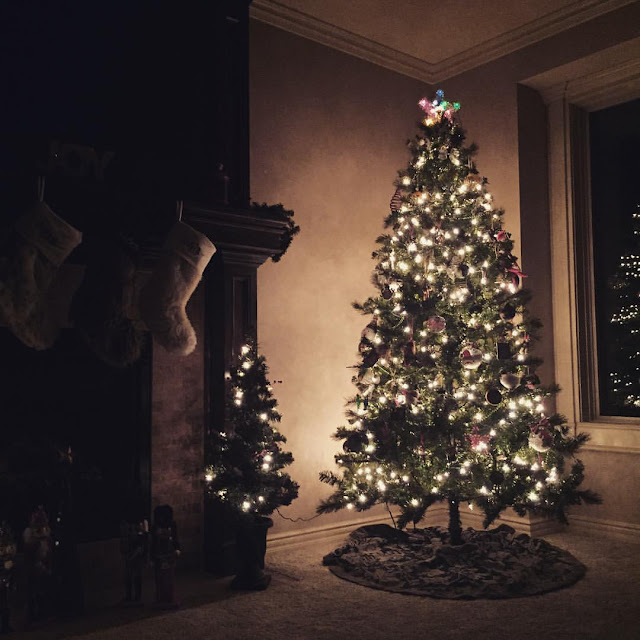 Now to get those presents wrapped and under the tree. Oh and we had another visitor that showed up that morning. Flishlegs Hiccup was back for the holiday season and was ready to help the boys spread kindness to others---first up was some homemade cookies for our neighbors. 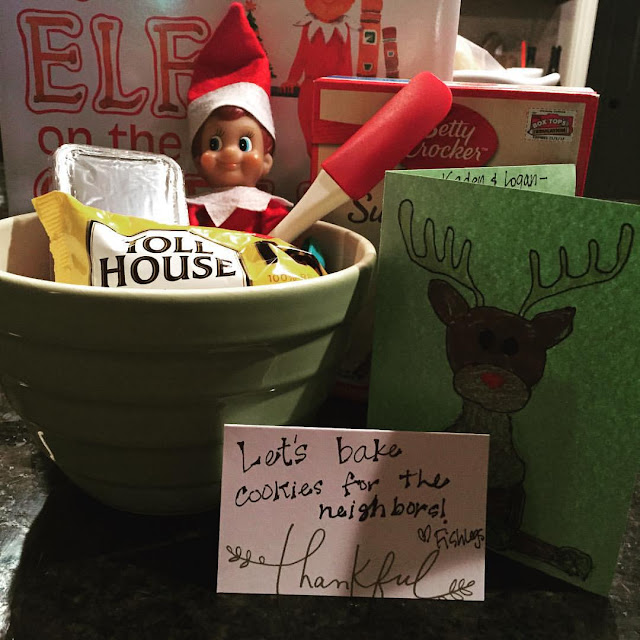