There are a lot of instances where Logan wants to be just like his big brother. And for the most part, we are perfectly okay with him following in his footsteps.

Most recently he has started talking about wanting spiky hair like Kaden. You see, Logan has this beautiful longish-for-a-boy blonde hair. 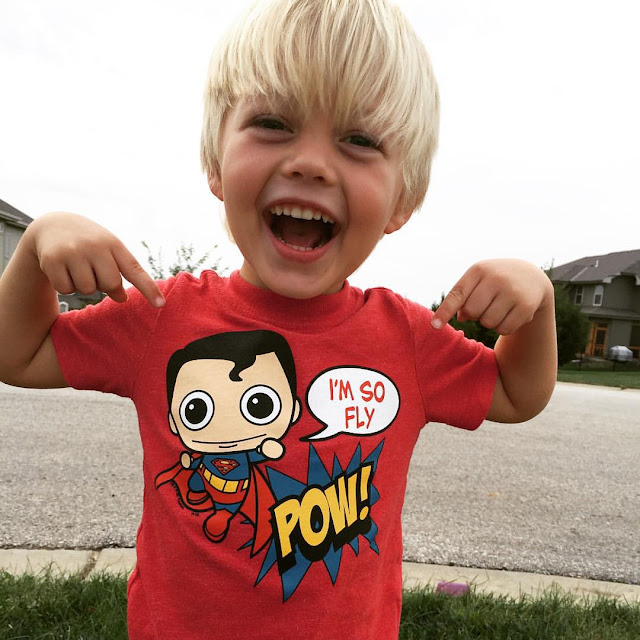 IF and that is a big IF, we fix it in the morning, it looks great all day. If we don't---which is more often than not, it is CRAZY but by the end of the day it settles back into place and looks pretty good. I have loved his long hair, especially when he puts on a little hat and it peeks through... 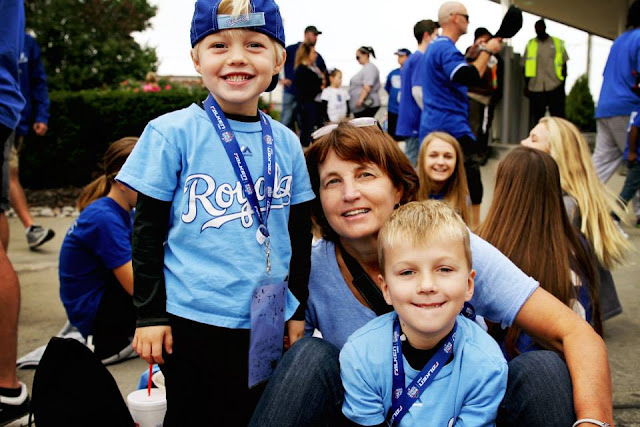 But, Logan was over it. His hair had started growing a little faster and during most soccer games he was constantly flipping his head to get it out of his eyes---one game I even put it in a little man bun but Justin didn't like that so I took off my headband to hold it in place. Over the last few weeks, he has nonchalantly used his four fingers to ever so easily move it to the side---it's was cute for a few days.

Finally, he just announced that he wanted spiky hair like Kaden. He has said this before but he never really asked again---this time, it's been like every day so Justin finally caved and told him he could cut it. Justin then looked at me and said, IF it is his idea and not yours. So, Logan told his dad what he wanted without any input from me and last night we headed to see Jenny again. We walked in and she said, just Kaden or both tonight, and I gave her the nod to both and she was so surprised and yet so exited to really get her hands on Logan!

He headed straight for her seat and we both had to capture a before---and a few during shots too. 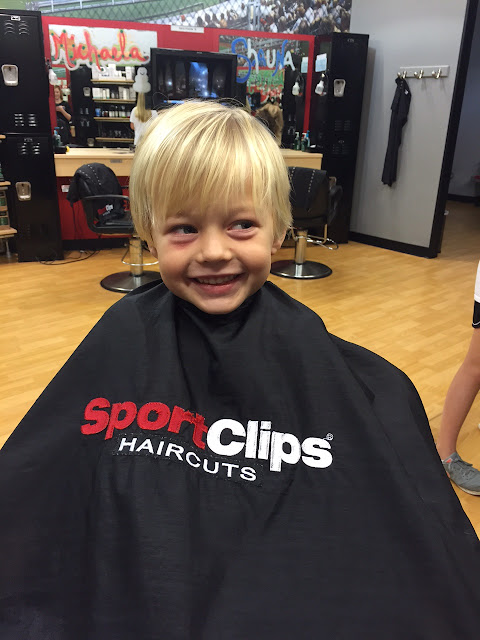 He literally was smiling the entire time that Jenny was working on his hair. & I won't lie, I totally had to breathe in a few deep breaths when she made the first cut but luckily, she dug right in and there was no turning back. At this point and I was smiling as big as Logan was and almost had her clean it up and leave it super long on top but figured we could do that at a later date because all Logan kept saying was shorter, I want to spike it. 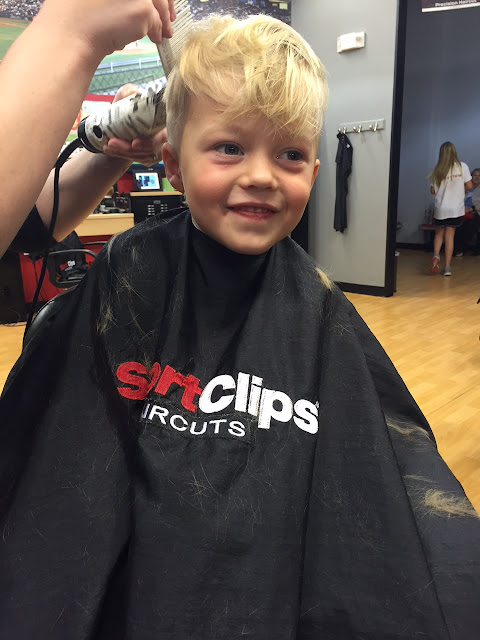 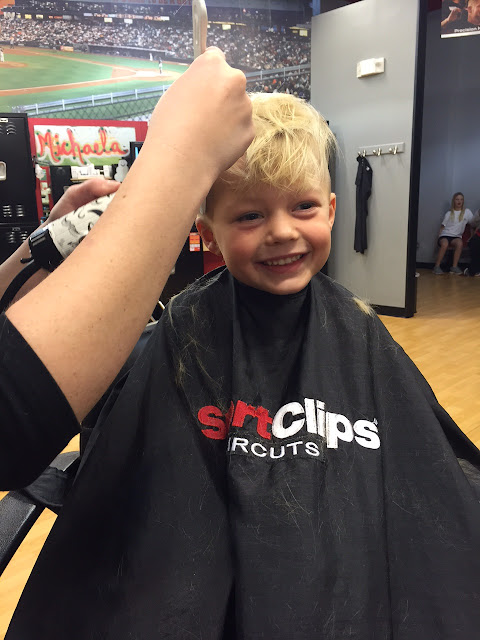 He kept laughing because all the hair on his neck was soooooo itchy and asked Jenny to blow it off multiple times. She chuckled. Finally the cut was done and now it was onto styling. She does a WAY better job than I will ever be able to but we can get close. He hopped out of that chair with an even bigger smile than while it was happening and it was still on there as he was brushing his teeth for bed. He told me that Sophie and Lilly and all his friends at school were going to think it was, and I quote, "definitely awesome!"

I wasn't sure the kid could be any cuter but I was certainly wrong because it just happened. I mean those cheeks, those ears, those eyes---seriously, this boy rocks when it comes to the cuteness factor. 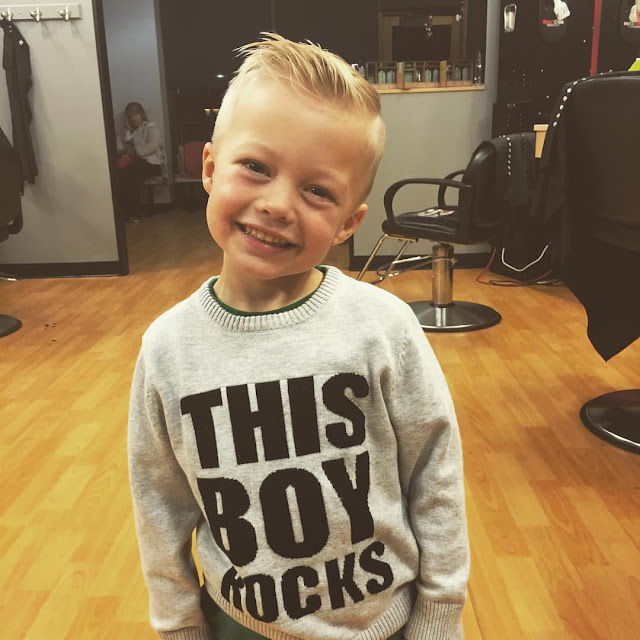