Let's face it, with a 6, 5, 4, and 3 year old coupled with multiple days in a row of rainy and gloomy weather, we had to find a few things to keep the kids entertained and to burn off some of that extra energy.

We went to the park for a little while one day after we were done with family pictures. 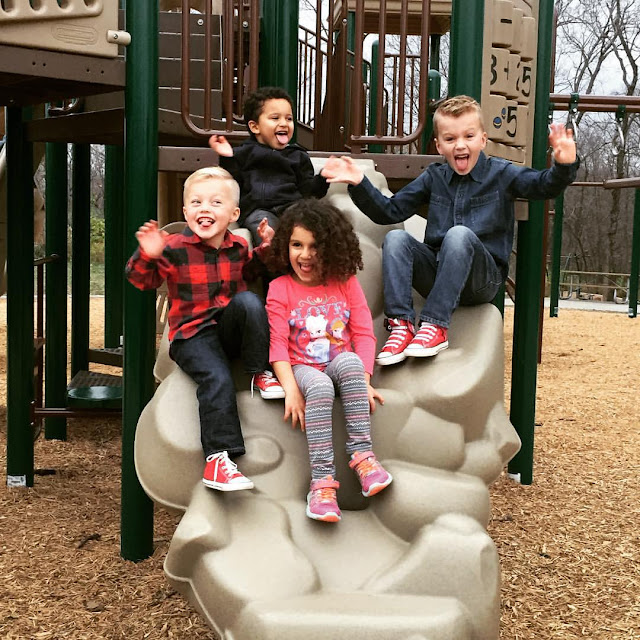 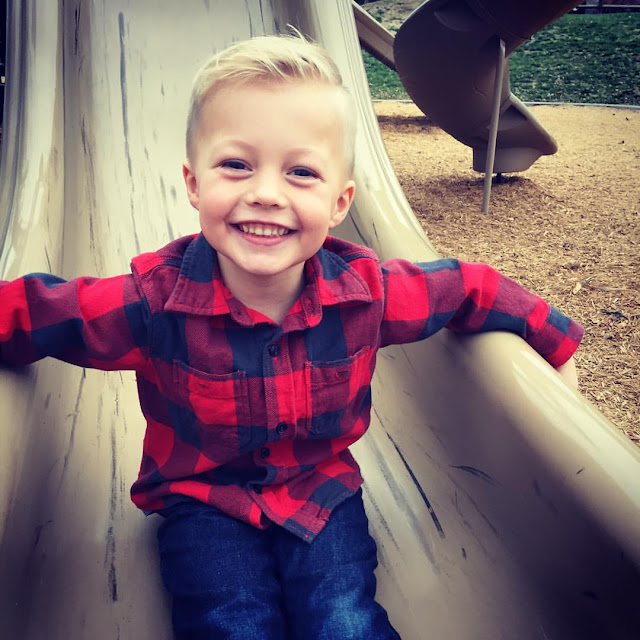 We did a little bowling. 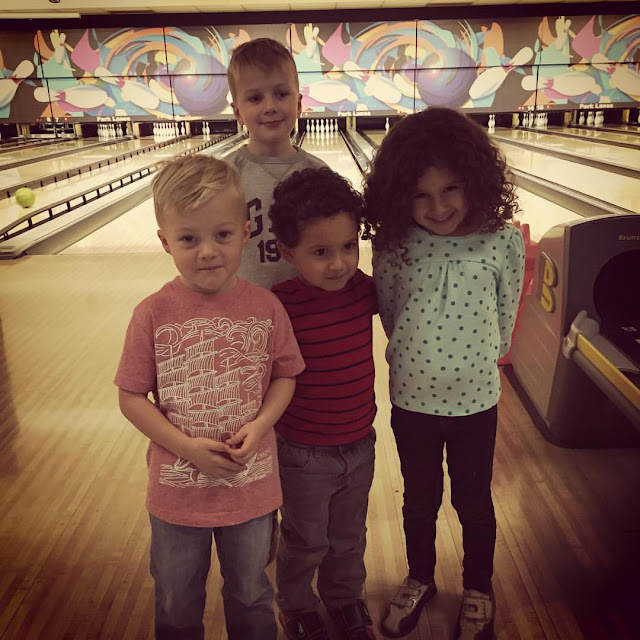 and made some funny faces at each other while they devoured 4 pretzels. 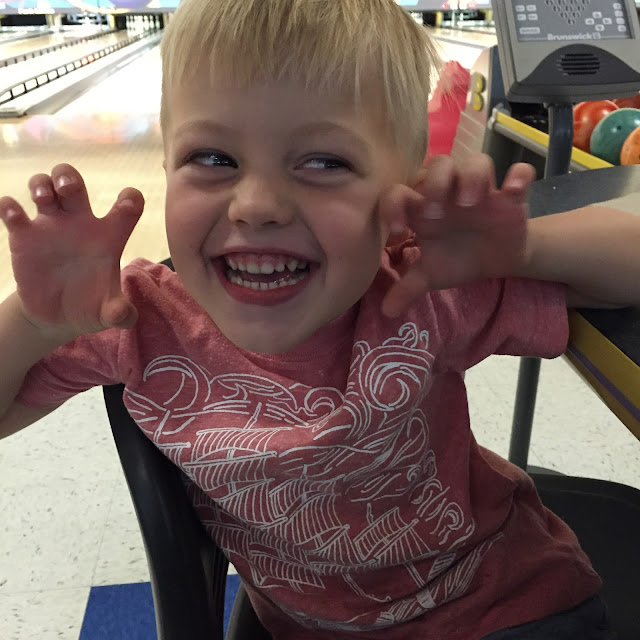 And although they loved to bowl, they really loved playing in the arcade while we waited for our lane and after we were done. It wasn't the best arcade and over half of the games didn't really work but they still managed to have fun. 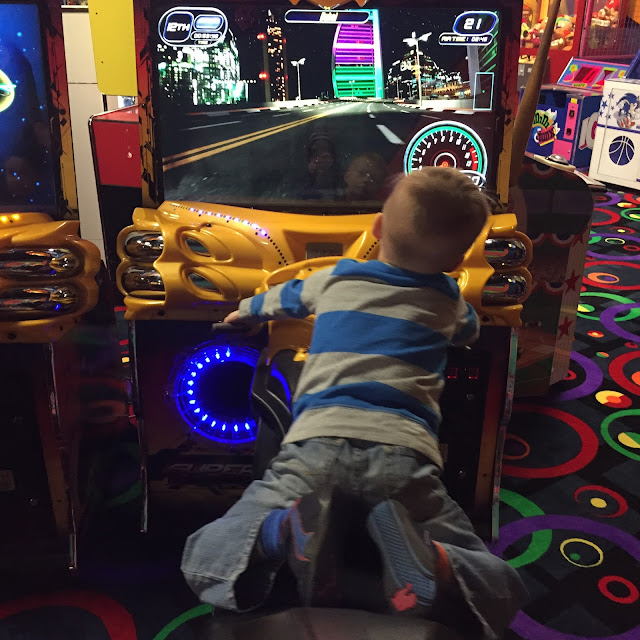 The boys loved the air hockey table so much that they asked for one for Christmas---then again, they ask for about everything new they see. 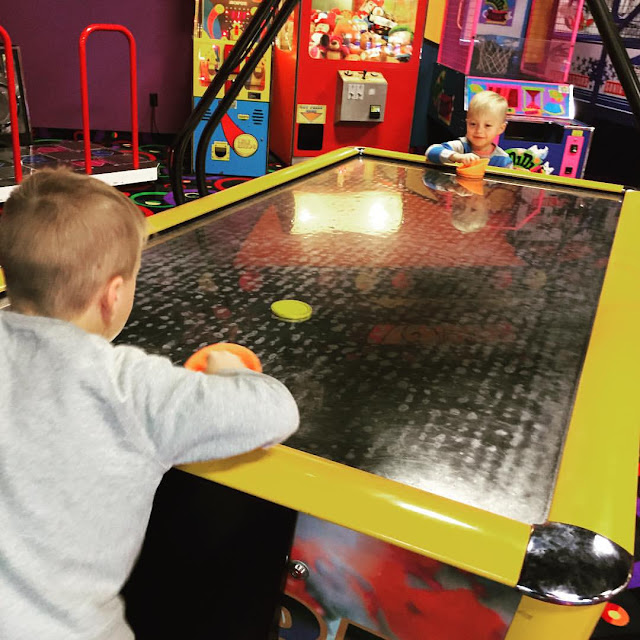 After bowling we parted ways for a few hours. Justin, the boys and I headed home while the Garretts had dinner with a friend. While they were out we had a quick bite to eat at the house and then we rented the latest Avengers movie and chilled on the couch with the boys. We got through most of the movie before they were back home but as soon as they were, off to playing the kids went and the movie would have to be finished another day.

We decided to start the day out with lunch at BRGR and met Justin's grandma and aunts there. Lunch was delicious but the kids were eager to get to Lego Land. My boys hadn't been there yet and the Garret's had just went a few days prior and were getting the boys super excited for the "Save the Princess" ride. But first we had to learn out Legos are made...it was an intense lesson. 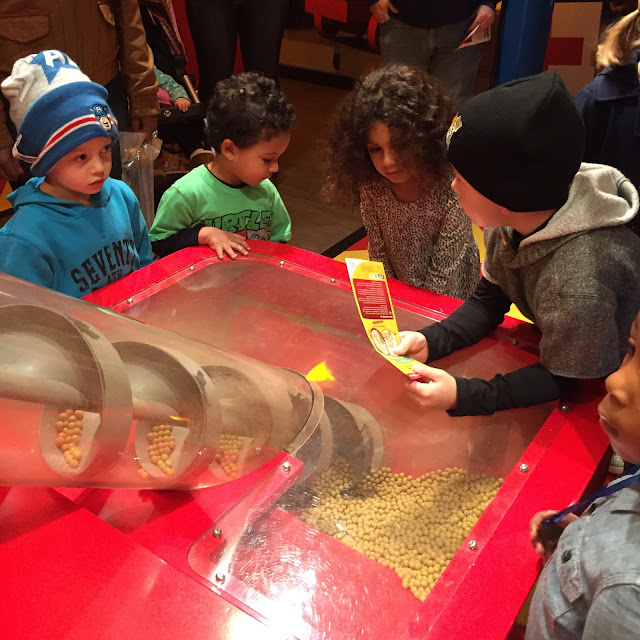 And then it was time to explore. We "Saved the Princess" twice and because I like to keep it real, both boys beat Justin and I on high score. Kaden the first round and Logan the second round---although they were sitting in the same seat, using the same gun so maybe it wasn't registering correctly.

We rode some other wizard ride where we had to peddle our little hearts out so that our car would go up and down----this was no easy task & it made me a little dizzy. Justin wouldn't ride it so I rode it twice and then called it good. 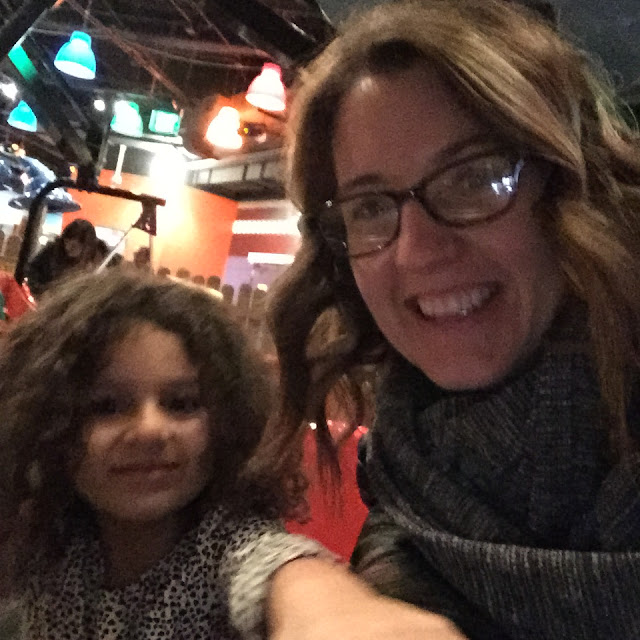 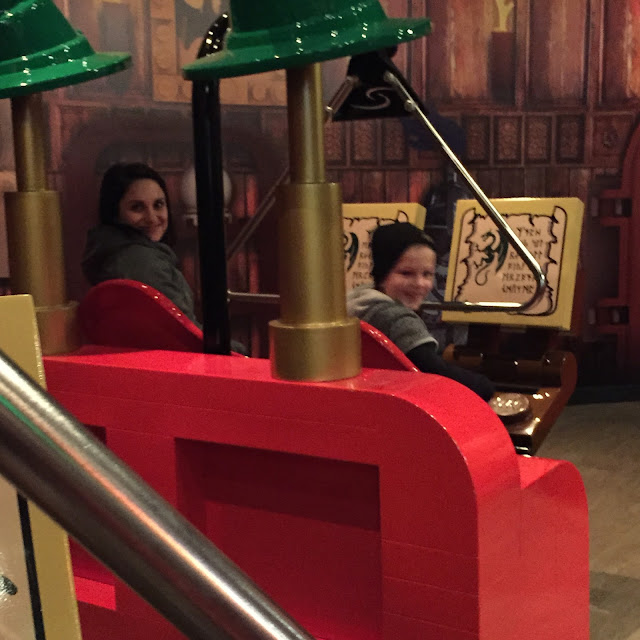 The kiddos got in the wind tunnel & for the most part loved every second of it but towards the very end it was getting a little too loud for them. I liked watching GG's hair go everywhere! 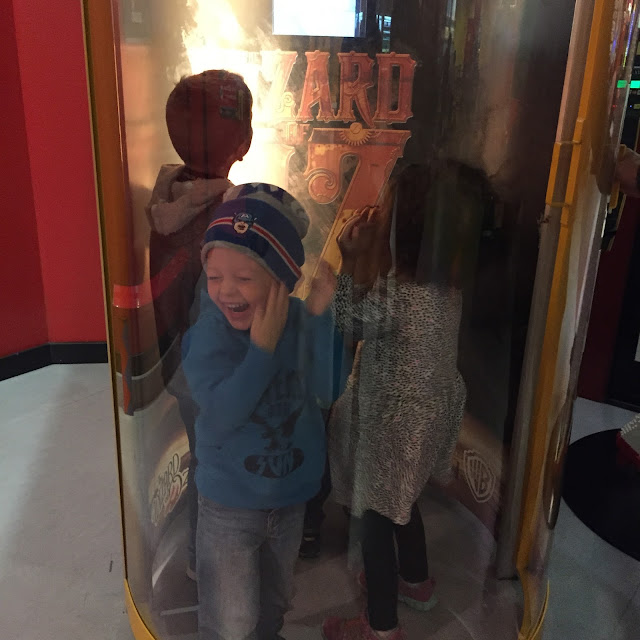 We checked out a 4D movie and toured the room that had all the iconic Kansas City landmarks made out of Legos. This was easily my favorite part of the whole day---so neat to see all the different parts of the city and read about how they were constructed and how many Legos it took. I actually think we found our family in their rendition of The K. ;0) 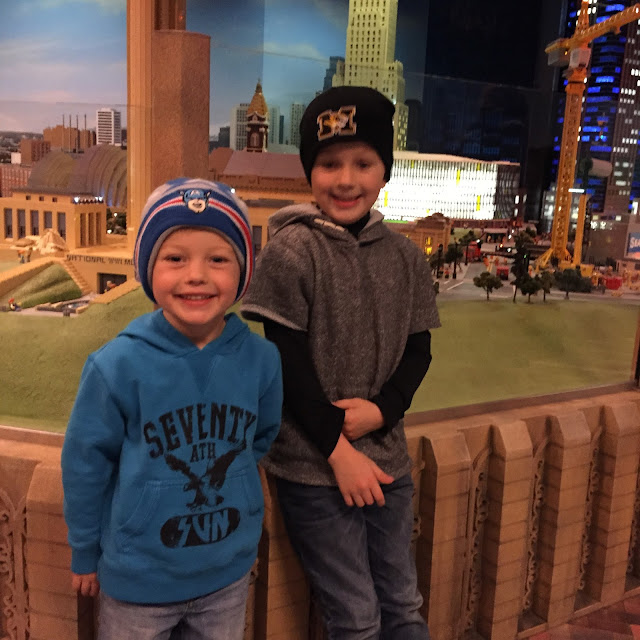 As we were leaving the boys made mention of the skating rink at Crown Center and we said that's an adventure for another day--should make for an interesting one. 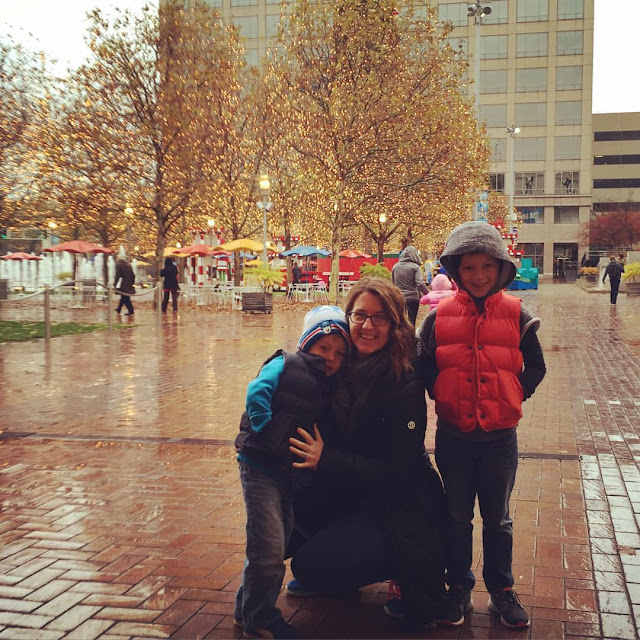 & then we topped off our afternoon of fun with some ice cream from Glace. It never disappoints and the kids love being able to try multiple flavors before selecting exactly what they want. In the end, it doesn't matter what you get because we always end up eating from each other's cups because its all SOOOOO good. 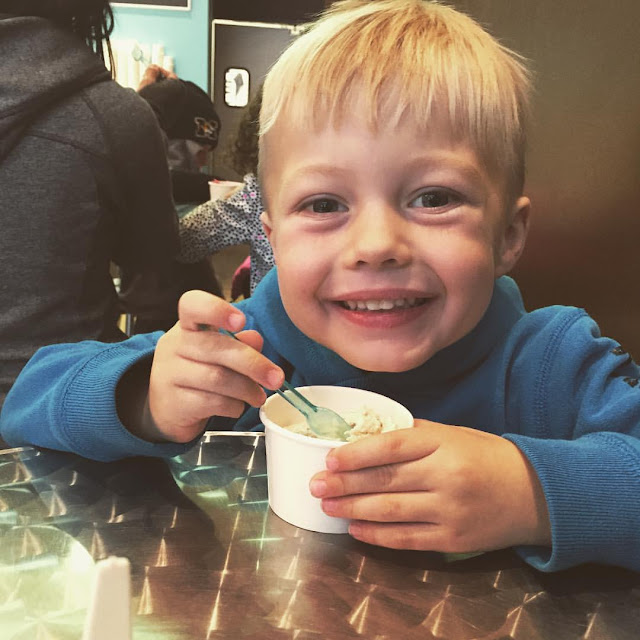 This week with the Garretts was going by too quickly and no one wanted to talk about what the following day was going to bring so we didn't. We pushed it out of our minds for another 18 hours.