The last couple of weekends have been pretty quiet and we have been able to get a number of projects done around the house but the one thing we hadn't done yet was visit the pumpkin patch. & we still haven't. Justin isn't the biggest fan of the pumpkin patch and knowing this, I just kind of skipped over it. With that being said, he did give into a night in the Enchanted Forest at Sar Ko Park in Lenexa.

I had heard wonderful things about the event from Ms. Brenda as she had been going for a couple years now so we thought we would try it out. We got the kids in their costumes, loaded them up in the car and took off to the park.

I figured that we wouldn't have a hard time finding parking but as we pulled up we saw the massive amount of people who were also heading towards the park---this wasn't what I was expecting.

We finally found a spot to park and made our way across the street where we were greeted with massive lines to do basically anything. So we bypassed the vendors and the free candy and started making our way around the park. 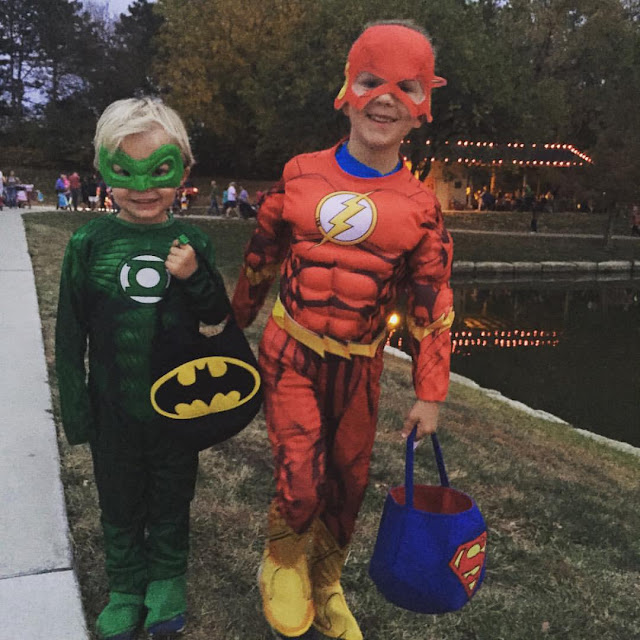 Once we made it to the other side of the lake we found a table where the boys could decorate paper lanterns to set free in the lake. The donations where for a good cause so we handed over a few dollars and the boys got to work on decorating their lanterns.

They finished them a short while later, we lit them, placed them into the lake and Justin and I watched as they tried to blow them away from the side into the middle---it was so cute & thankfully, they didn't fall in.

We continued to make our way around the lake & found a petting zoo, a play that was being put on & a few owls--which were really quite neat. We saw ghosts, goblins, zombies & lots of cute kiddos in costumes. We also ran into KC Wolf and the boys got to get their picture taken with him before the chaos ensued around him. Blurry, but a picture nonetheless. 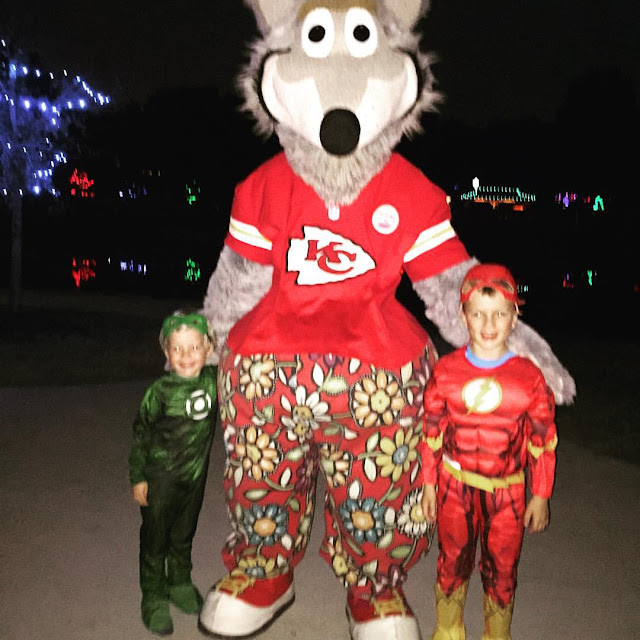 We were able to talk the kids into heading back home by ensuring that we would have more Halloween fun over the coming days. And that we did.

It was pumpkin decorating time and the boys were excited to try something new with their pumpkins this year. They first helped me spray paint them white and while they were drying, we got to work on stripping the Crayons. It wasn't fun work but it had to be done. 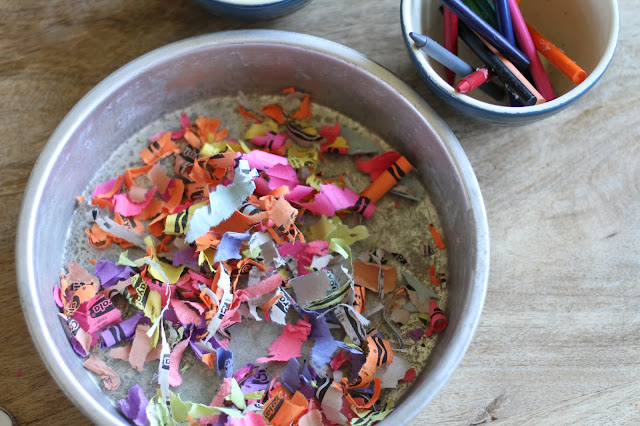 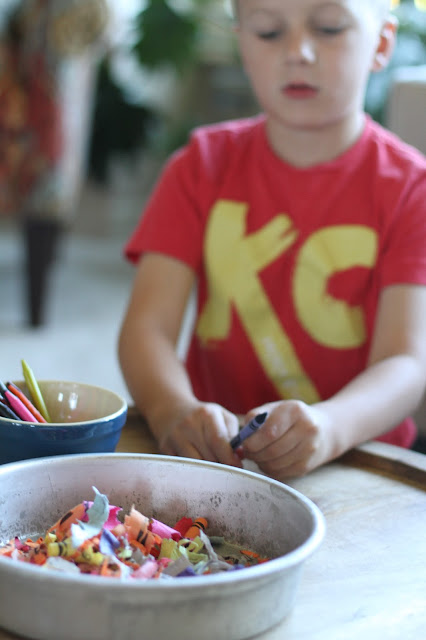 After we got all the Crayons prepped we started glueing them to their pumpkins. The boys picked out their Crayons and the order and I glued them down. 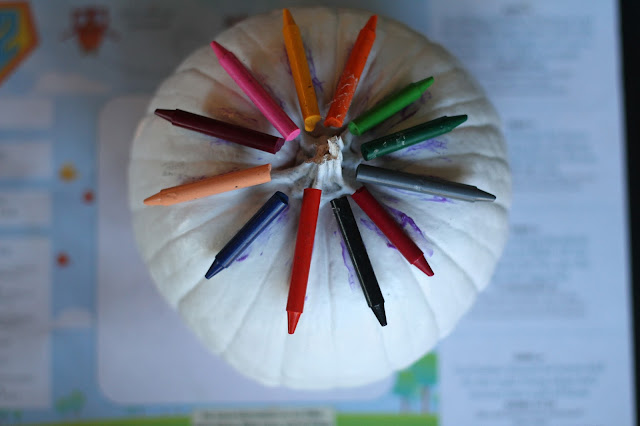 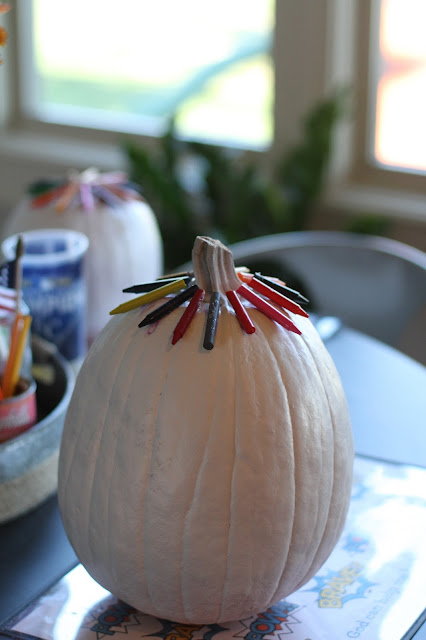 And then came the fun part---the hair dryer. It took a little time to figure out just how much direct heat we need and which direction to apply the heat but through trial and error we figured it out. Most importantly, the boys loved making the Crayons melt and were pretty happy with the end result. 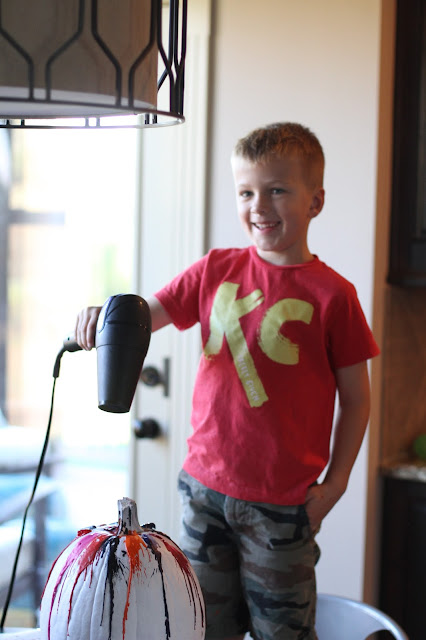 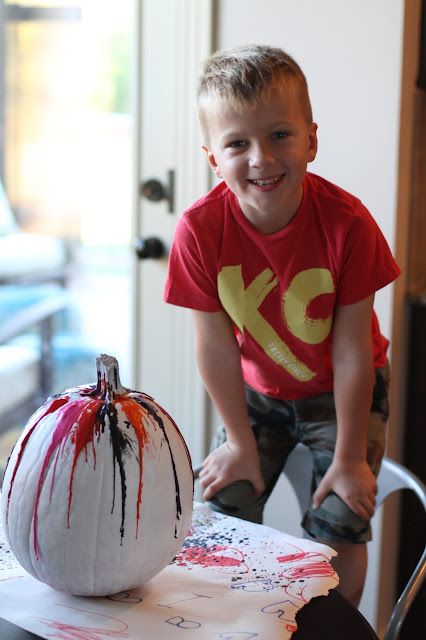 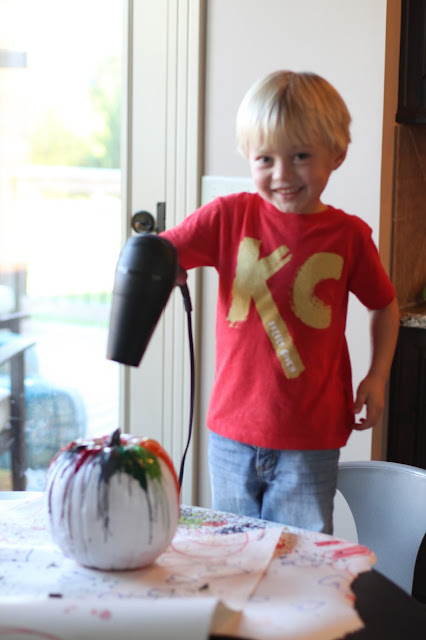 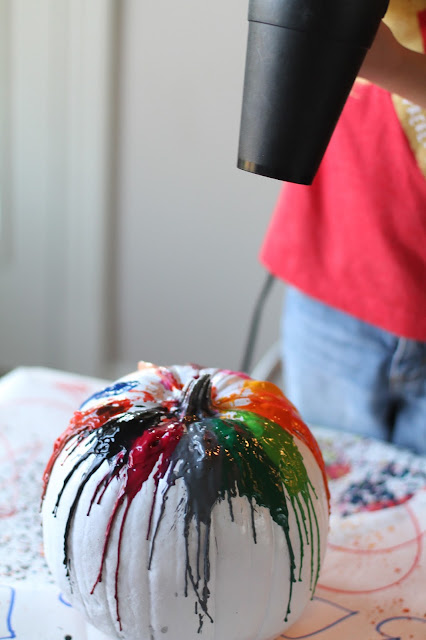