She's kind of our first baby.

Ever since she was little her favorite pastime remains sleeping but now she has to find a little bit more space to sprawl out on. Without fail, every morning as the sun is coming up and shining through our windows she plays a game of musical carpet as she finds the sunniest and warmest place to lay. As the sun moves, she moves. Let's just say she is not too excited about the weather change that is happening. 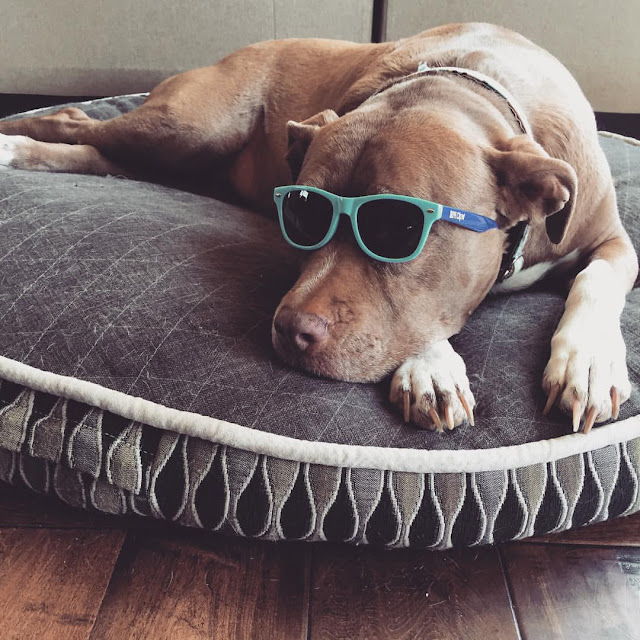 She has the sweetest face. She will just look at you with big puppy dog eyes just begging to get up and snuggle with you on the couch but after having a couch ripped apart by nails we have had to say no and instead join her on the floor for a little snuggle session. I can remember one morning when Justin had taken the boys out for a little while that we both slept on the sun filled carpet for close to two hours. 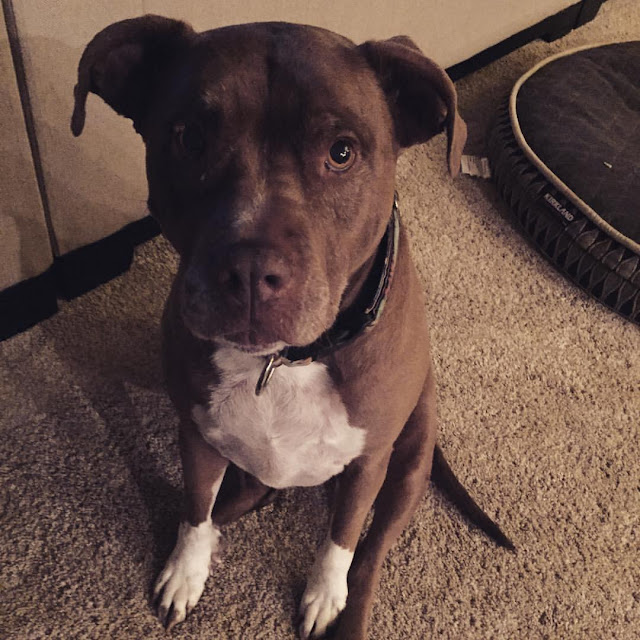 She still gets excited when we walk through the door in the evening and her tail wags and hurts as much as it did when she was a wee pup. She allows the boys to crawl on top of and over her. To use her as a pillow or a horse. She is so very patient with them and if either one of them aren't feeling well, she's right there next to them. She's a mother hen.

Her 11 years have brought a few set backs too. She has a bad hip and when it gets colder outside, it hurts her a little more. She isn't getting up the stairs or up from the floor as easily as she once was and sometimes needs a little nudging. When she does make it up the stairs she looks like a drunk taking a roadside sobriety test. She eventually makes it and heads straight into our bedroom to find her dog bed next to my side of the bed. Typically Brodi is already laying in her spot but I "trick" him into getting up so she can settle in. It's not that a favor Stoli over Brodi, it's just that Brodi never stays in one spot, he moves around all night and usually ends up on the cool bathroom floor, Stoli doesn't move!

They both mind wonderfully and although they are fully aware that Justin and I are their true masters, they have really started listening to the kiddos too. It's their job to feed them and let them in and out in the morning before we all head off to work/school. 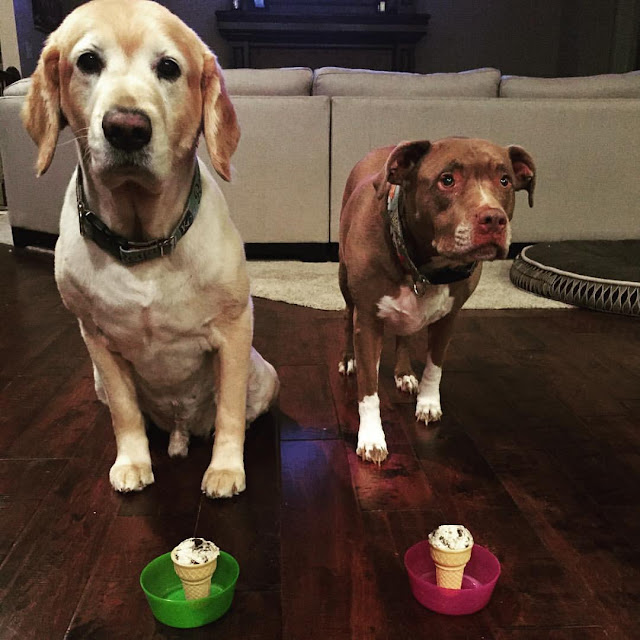 I know with each passing year we are getting that much closer to having to say good bye to these doggies, a day that I dread so very much. They have been the best family dogs we could have asked for and I couldn't be more proud to be a pit-bull owner. We've certainly had our fair share of trials when it comes to Stoli, and Brodi for that matter too, but the good far outweighs the bad and I can honestly say, she is one of the most loyal and loving dogs I've had. Our family wouldn't be the same with out her.

Happy Birthday Dear Stoli. We love you.
Posted by Kayla South at 11:21 AM