A lot happened in the month of October at our house and when we had an off day, we laid pretty low. Here are a few of the in betweens for the month.

The Chiefs have been about as exciting to watch as paint drying---so we went with paint drying. A girlfriend mentioned they had stained their swing set and ours was in dire need so we got busy. The hard work was certainly worth it in the end. 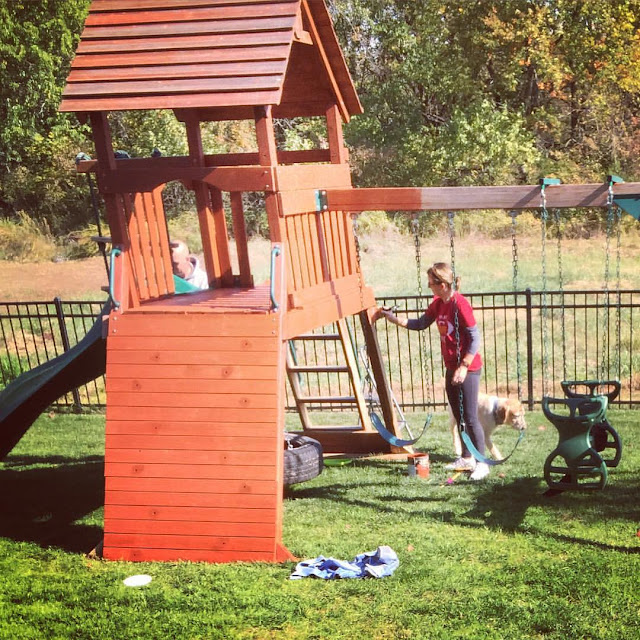 Boys being boys at the bus stop. 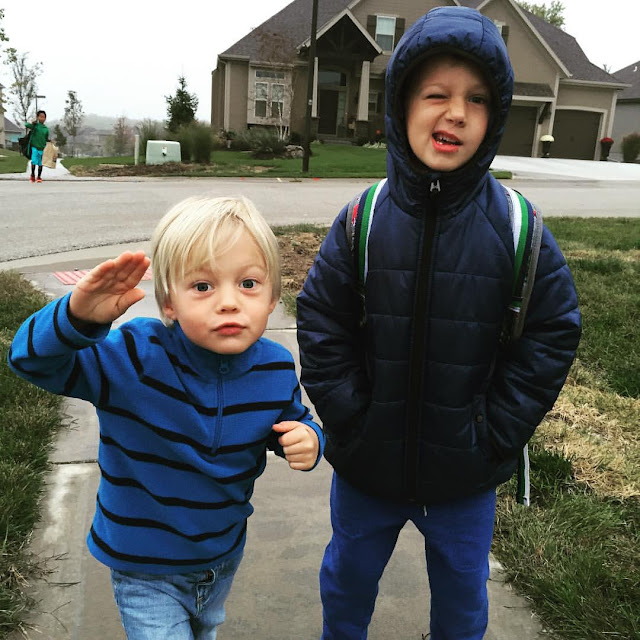 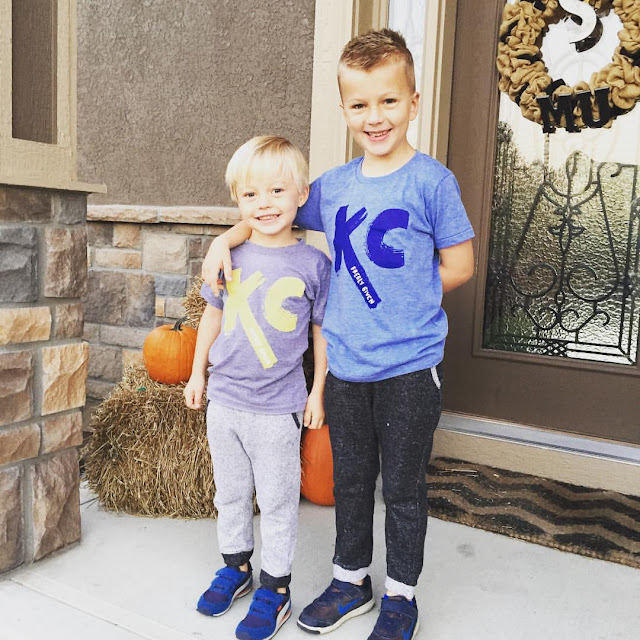 Freely Given Movement shirts again---and playing so nicely with one another. 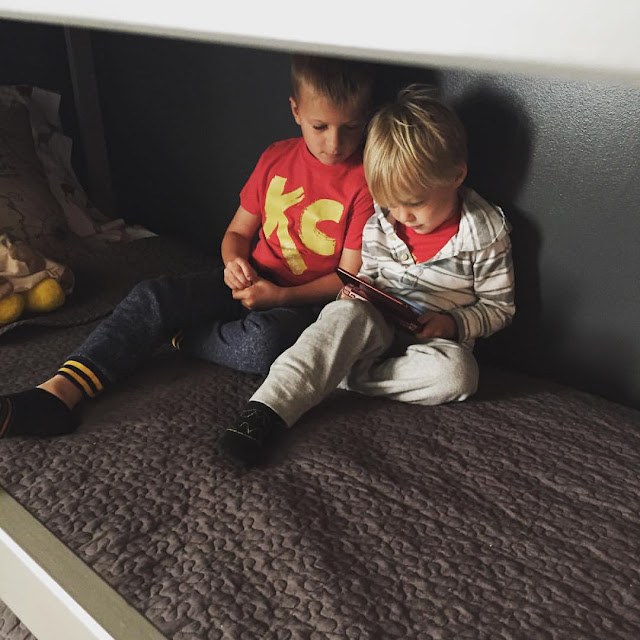 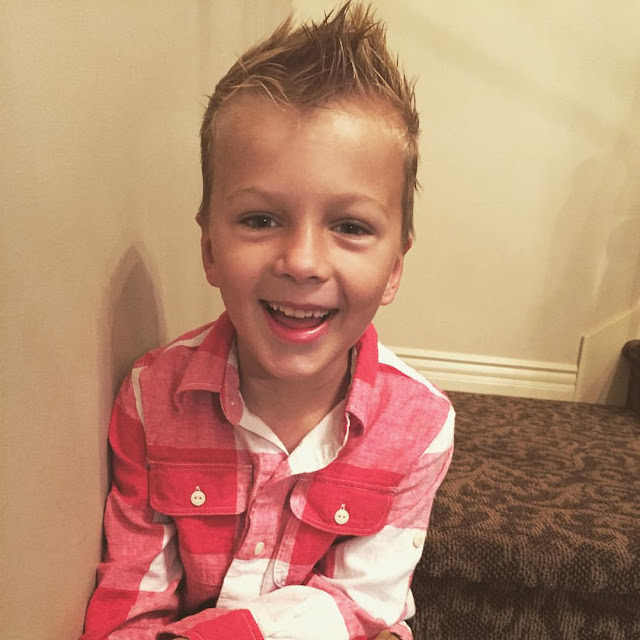 And then we chopped it off and gave him a new style. Where did my baby go? 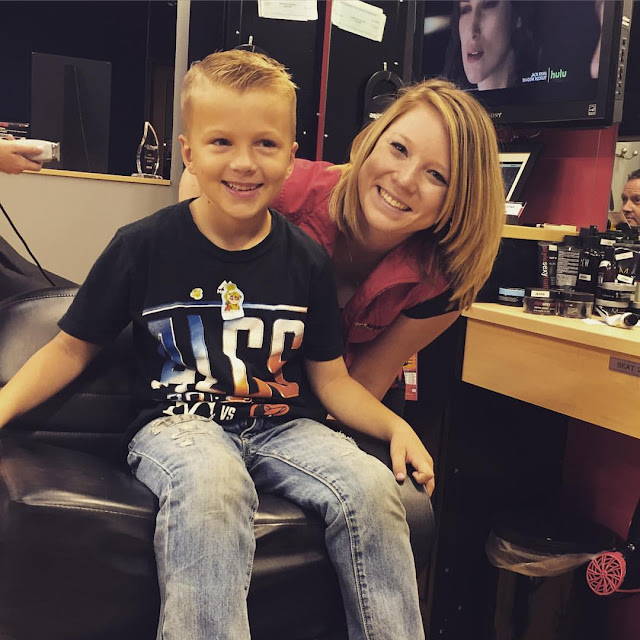 I could really just eat him. Scrumptious. 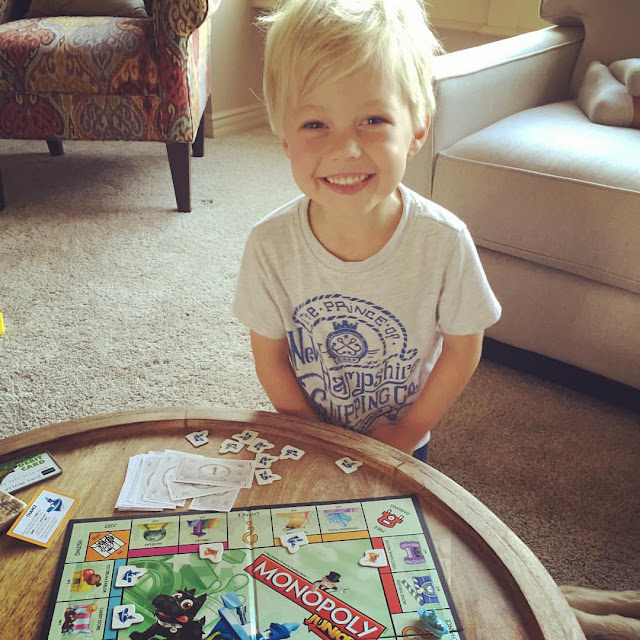 Kaden doing his nightly reading but this time through FaceTime--technology is just the best. I love that he gets to read to his grandparents and I'm pretty sure they get a kick out of it too. 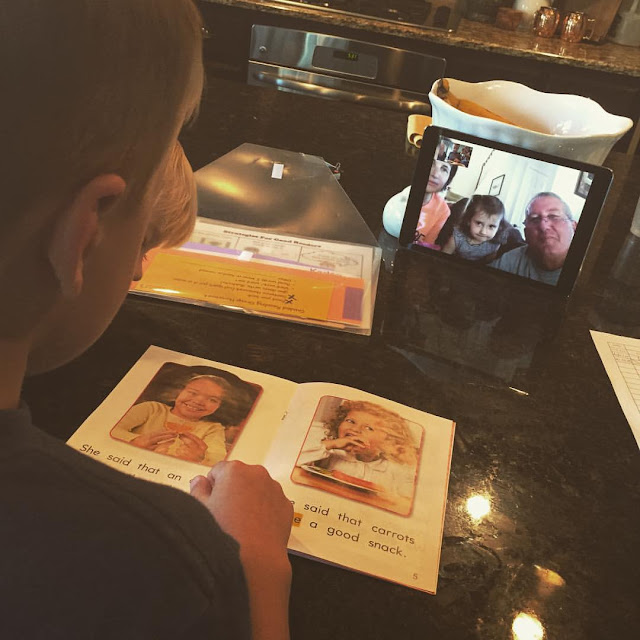 Working on his feather for his school's turkey. 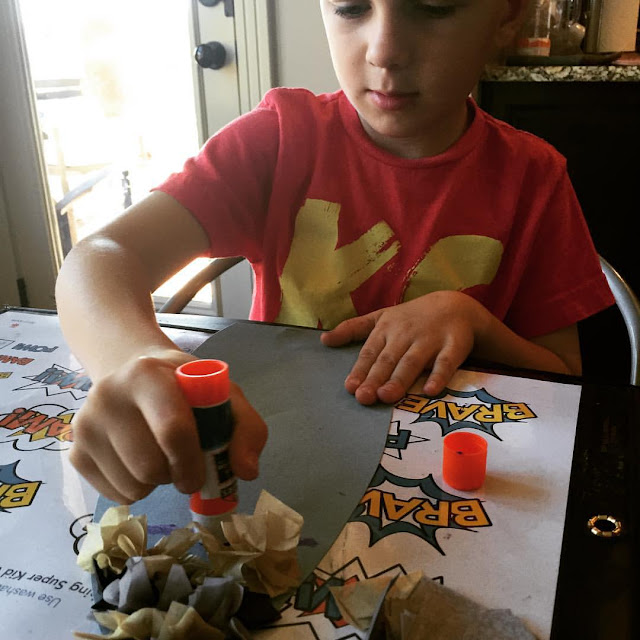