It had been awhile since I had seen my parents, I think the last time was for Kaden's birthday party which was more than a month ago. I was getting antsy, the boys were getting antsy. I mean, sometimes you just need to hug your parents to know that they're okay. On the day that Justin and I took off for Chicago, they were headed back from vacation and were involved in a bad accident. My mom called as soon as she could and the first words out of her mouth were, "we are all okay" but I could still tell in her voice that she was shook up and all I wanted to do was hug them. Thankfully, I didn't have to wait too long.

The Royals were beginning their playoff run and there isn't a bigger fan than my dad when it comes to the Boys in Blue. Thankfully, I happen to live in the same city so when he comes to watch them play, I usually get to see him. Okay, so that's a little exaggerated but it certainly helps to have a carrot to dangle in front of him.

So I made a deal. They could come up to see us and watch the boys on Thursday while Justin and I went to Game 1 of the ALDS and then they could have the tickets to Game 2. My mom said she would have to check with my dad but I when I spoke with him, he was all in & even suggested that they stay one more night and watch the boys play soccer the following morning.

WHAT JUST HAPPENED. My dad coming to KC and staying for 2 nights, with us! This is what the Royals can do for us.

So they came up. Watched the boys of Thursday night and introduced them to Go Chicken Go---another thing my dad has to have when he comes to see us. & then watched Kaden Friday morning as he was out of school. They then headed off to The K and lucky them, saw a WIN! 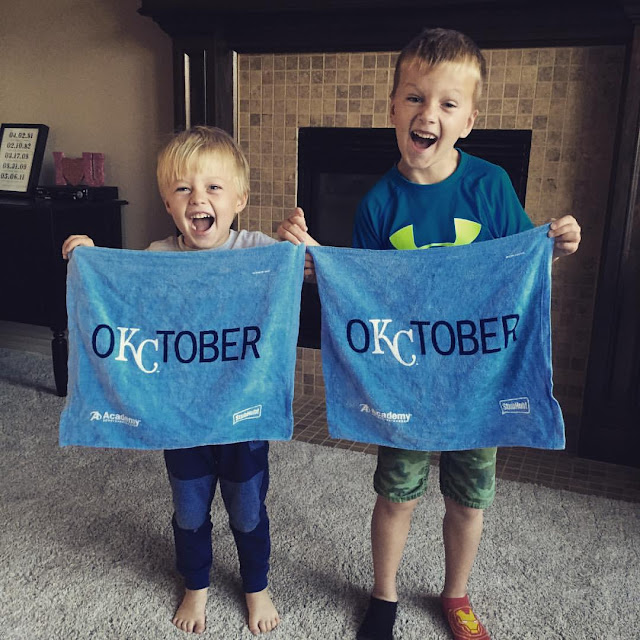 I love the pictures they took---who says 60 year-olds' can't figure out the art of the selfie. 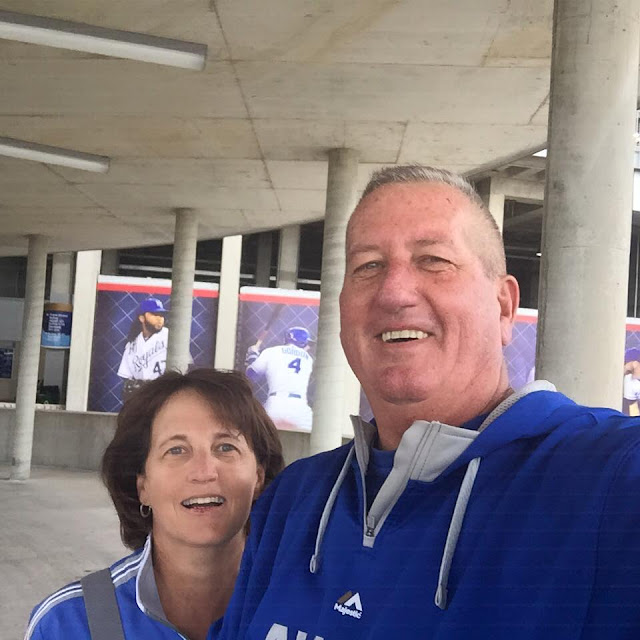 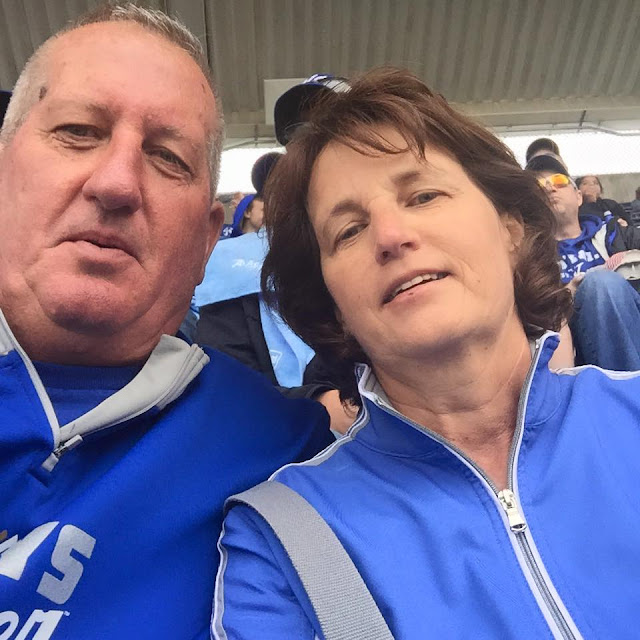 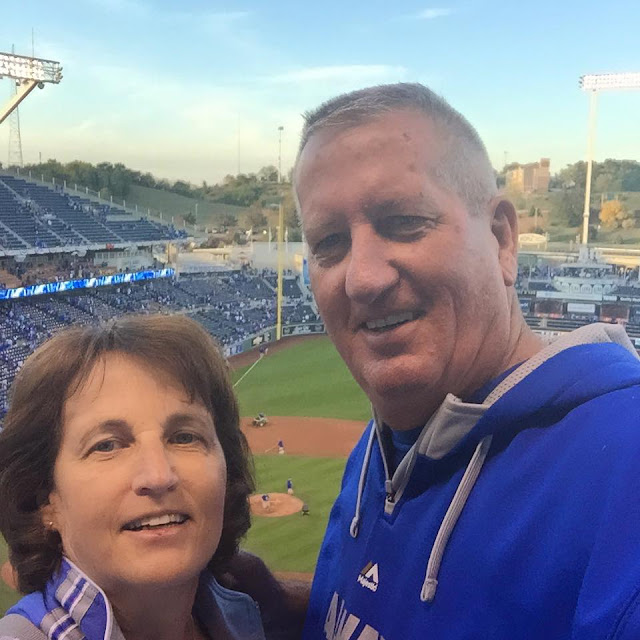 & as much as my dad was wanting to get back to Carthage he humored for a few more minutes after the boys' soccer games and followed us to The Plaza to see the best blue fountain in the city. Since he had been in Kansas City for most of October last year with the railroad, he had already seen them but not my mom. My mom loves The Plaza and always begs to see the lights at Christmas time, which doesn't typically happen, but at least she got to see the fountains during oKCobter. But most importantly, we got to hug some necks which is way better than hearing "we're okay" over the phone. 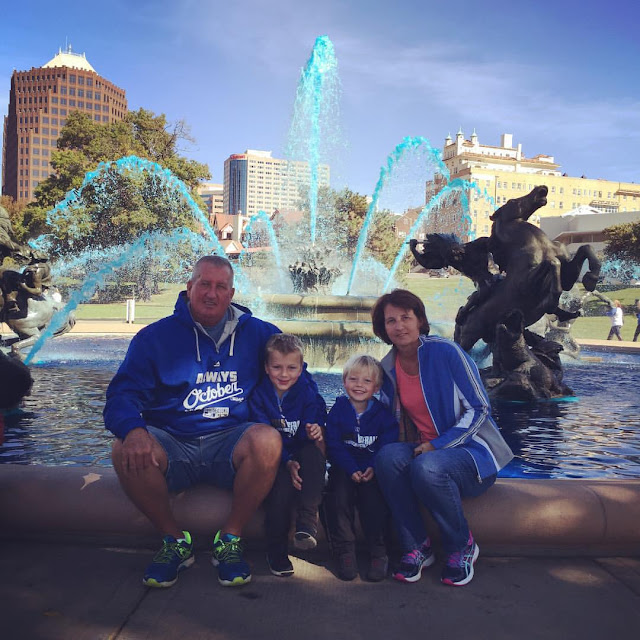 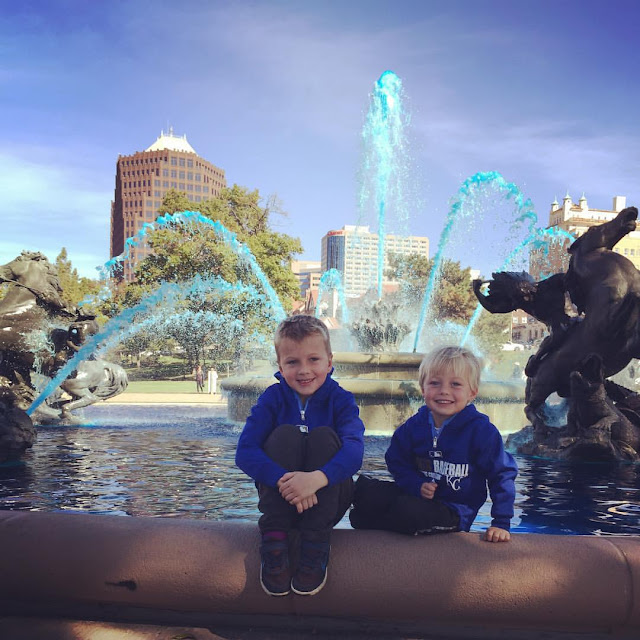 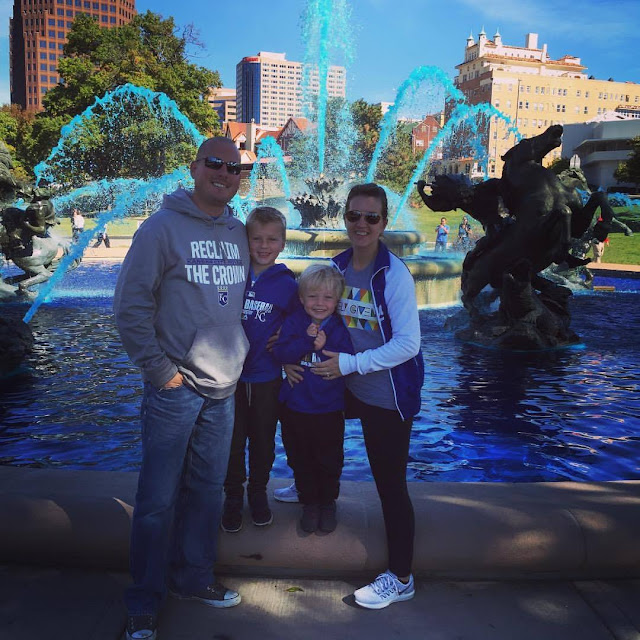 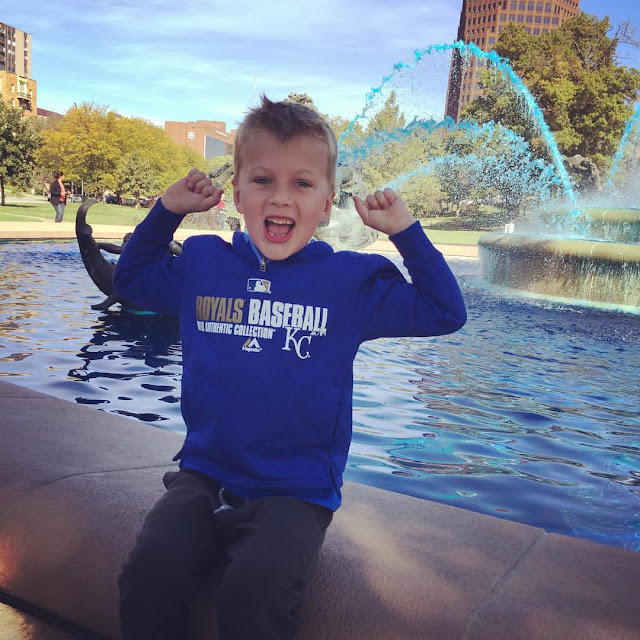