We decided to have everyone over for dinner on Sunday, Becky's 40th, no need for her to cook on her own birthday. It was a gorgeous evening so we were relaxing on the back patio and the boys, Kaden, Logan and Cousin Colton, were running back and forth between being inside and playing to playing outside. And then Justin comes out with one very serious look on his face and says, "go look inside". I was a little worried at what I would find when I stepped inside…

Our pantry door split was no longer a door. It had split in half. Kaden was running from the living room to the play room & was looking behind him for Logan and didn't see the door was open and ran right into splitting it in half. & now our pantry looks like this. 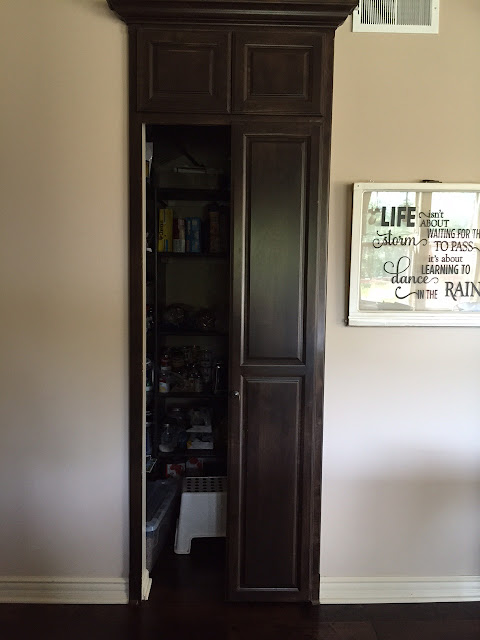 And there is no real hope in saving the door, it really did split in half. 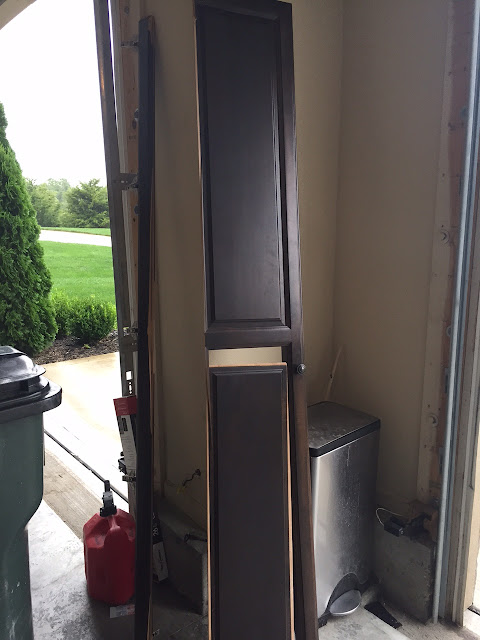 Sure, we can easily replace the door but then what fun would that be. So I decided to make it a project. I sent Justin and idea that I had in mind and texted his brother to see if would be possible to do. I got an absolutely from his brother and and "I don't know" from him. But like most design ideas, I moved forward with my plan.

We are going to have Adam remove the other pantry door and the fake upper cabinet. Patch the walls, trim the opening and then have two shutter width barn doors installed. These doors would open away from each other and could remain open while we are cooking, correction, Justin is cooking. Not only does this allow for a little easier access to the pantry when he is in the kitchen but doors won't be sticking out when opened & they won't be in the way.

I've always wanted a sliding barn door in my home but couldn't for the life of me think about where we could put one in this house, that is until Kaden split the pantry door. See, lemons into lemonade. Stay tuned for the finished project.
Posted by Kayla South at 5:46 PM