Keeping up with Kaden

So we are just about a month in a half into kindergarten and I thought it was time for the first of the progress posts. Kaden is loving school. He loves to set his clothes out each night. He has no trouble getting out of bed each morning, getting dressed and heading down for breakfast. He will quietly eat his cereal, letting the dogs in and out as needed and once he's done, he finds a comfy place on the couch to watch a little toons until we let him know its time to head to the bus stop.

At the bus stop he talks to his friends but he always, if I get to drop him off, always, comes back to give me a hug and a kiss----please don't grow out of this little one. 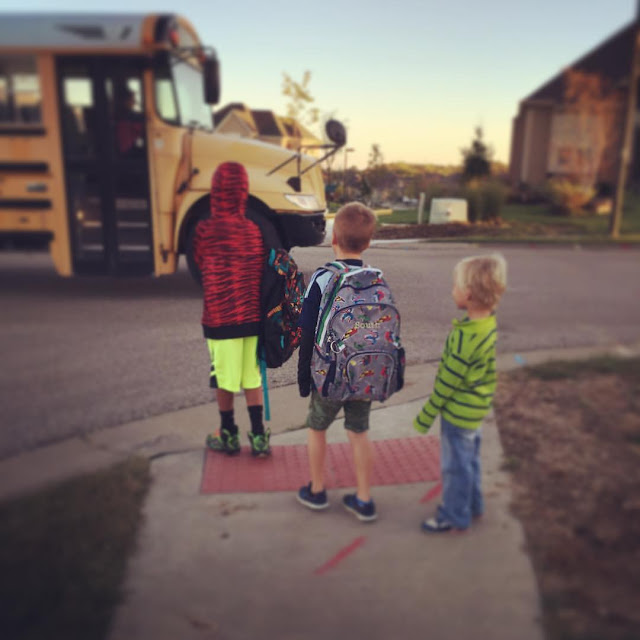 With every change comes some growing pains and with every new adventure comes a learning curve. We've had our fair share, and I say we, because I have needed to make some adjustments along the way too.

Kaden was on his own. I was going to have to learn that I wouldn't know how his day was until he was home from school and I asked and I would only know if he decided to actually share something. Most days he would, some days he would just say it was great and go into no additional details.

After the first full week of school we got an email from his teacher. Kaden was using the restroom a lot in class and she wanted to know if this was something that we saw at home. No, it wasn't. He doesn't use the restroom frequently so either he was drinking WAY too much water or he was getting bored/antsy, or just needed to get up and move. After speaking with the teacher we came to the conclusion that it was probably a little bit of both. We tackled the water bottle issue at home and left the classroom roaming to her. I should note, he has never lost a cube at school yet, you get three each day---its their behavior system.

This same day that we got an email from his teacher, he also came home with his lunch that wasn't touched. He told Justin that his teacher got him a hot lunch. So we had to ask if we owed her money, luckily we didn't, he just ordered himself a hot lunch and we had a balance to pay. Kaden expressed his interest in having hot lunch over taking his lunch so we decided that once a week he could have a hot lunch---we still want to make sure he is eating enough & getting a variety of food. He was happy with this and we've had no issues since. Well, that's not true, he still likes to get milk AND juice at lunch but we're letting that slide.

It seemed as though school had just started and Kaden was coming home with "camera" words, think site words. It's a list of 55 words that they should know by the end of the school year. We started working with him on his words list and thankfully he had no trouble at all. Before we knew it he had learned all 55 words and passed his review test. & it was time to celebrate with a shake, but not just any shake, a Sonic Shake. 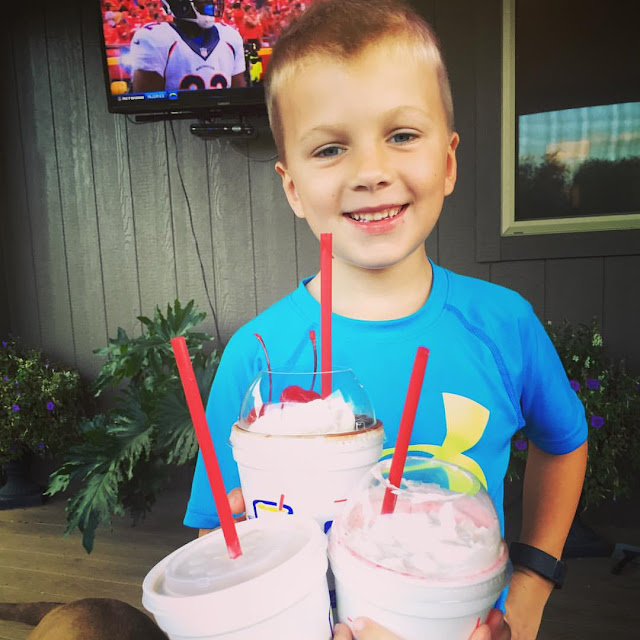 I asked his teacher if there was another list we could start and she gave us the 1st grade list of words and we are working our way through them---although he isn't tested on them, it's still gives him something to work towards.

He comes home with tests and homework that he has done in class every day & I love looking through it all. 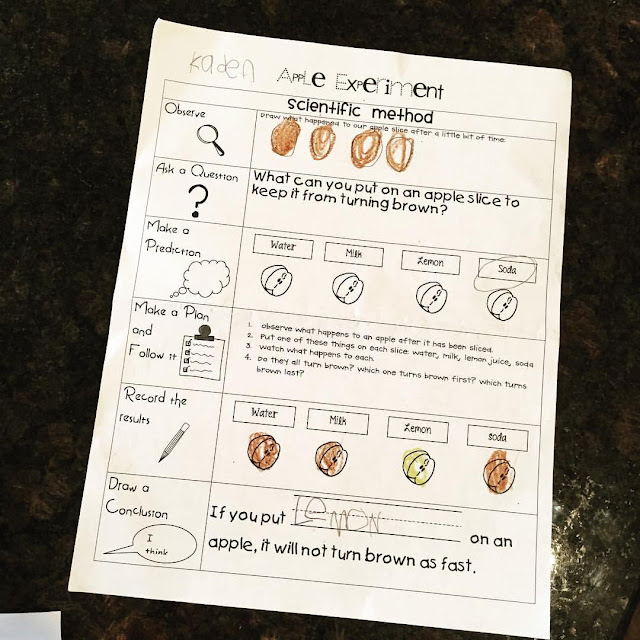 We have received multiple emails and certificates about Kaden's good work but the best news came when I attended his walk-a-thon. It was a rainy day so they held the walk inside, it was crowded so they asked the parents to join their children. As we were walking, I felt a tap on my shoulder and then the dreaded..."Are you Kaden's Mom?"

& then this lady proceeded to tell me how wonderful Kaden is. How he is so polite, How he is so sweet and kind with the other kids. And that if only they could clone him.

I kind of teared up and thanked her because that is exactly what every parent would want to hear and then she proceeded to tell me that she isn't even his teacher, which I knew, but that she was another kindergarten teacher and he is just full of such joy and is so helpful. I again, thanked her and told her that it takes a village to raise children these days and there are lots of wonderful people that fill his life & that I am so happy to know that he is such a good kid while his dad and I aren't around. He may give us a run for our money at home but what really counts, is how he behaves when we are not around---that's what we hang our hat on.

I am sure there will be more challenges and hiccups before the year is over but it's been such a joy to watch him spread his wings and fly. Speaking of spreading his wings, he mastered the monkey bars finally---he was so pumped to tell us when he got home & its by far his favorite thing about school right now! 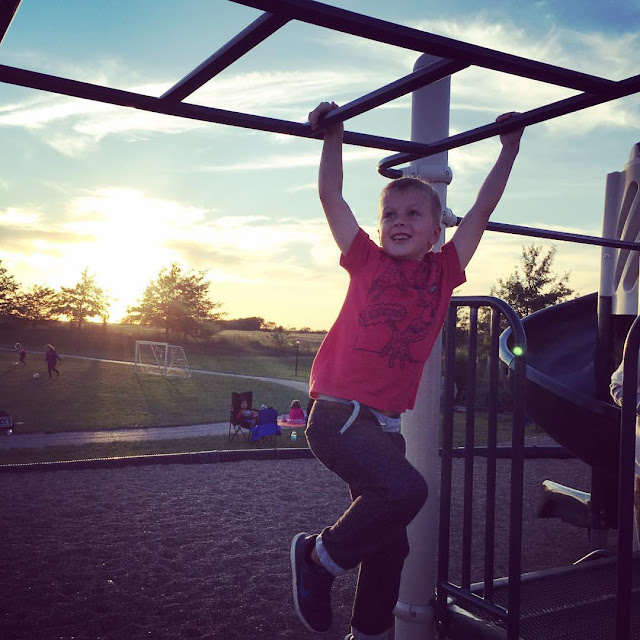