Ever since Kaden start pre-school in November of 2013, Logan has been begging to go as well. We've just kept telling him that when Kaden goes to Kindergarten, you will get to go to pre-school. & of course when August 13th came around and we walked Kaden into his school for his first day, Logan was asking when he got to go. & he has asked every day since. Finally his day had arrived. 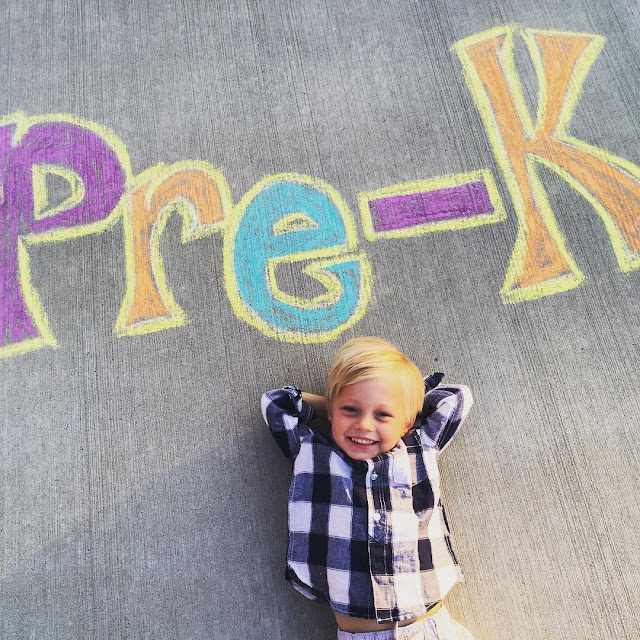 And just like with Kaden, the night before we took baths, sat out his clothes for the morning, read a couple of books and we tucked him into bed. The kid was smiling ear to ear as he laid his head down on his pillow and he woke up with an even bigger grin. & some sweet, crazy little booty shaking dance.  I'll have to have him re-enact it because no matter what mood one might be in, this would have made you smile ear to ear as well. 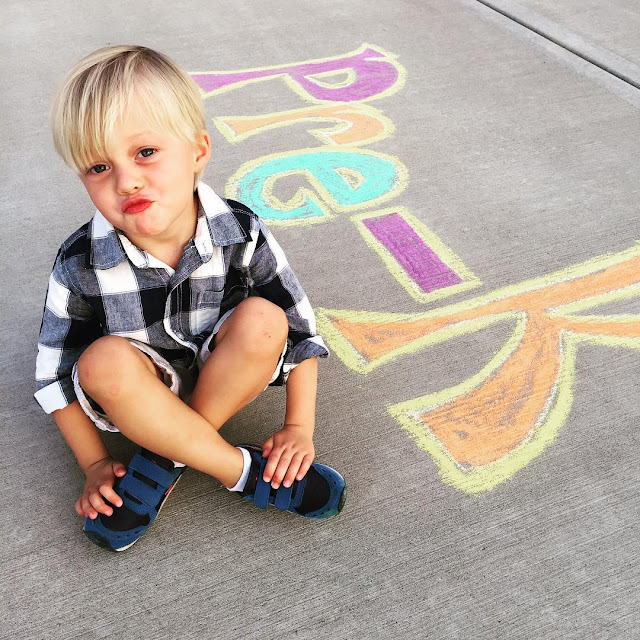 As soon as he was done with his booty shaking he jumped out of bed and got his clothes on---Logan is our slow poke when it comes to getting out the door but not this morning, he was itching to get out on the highway. 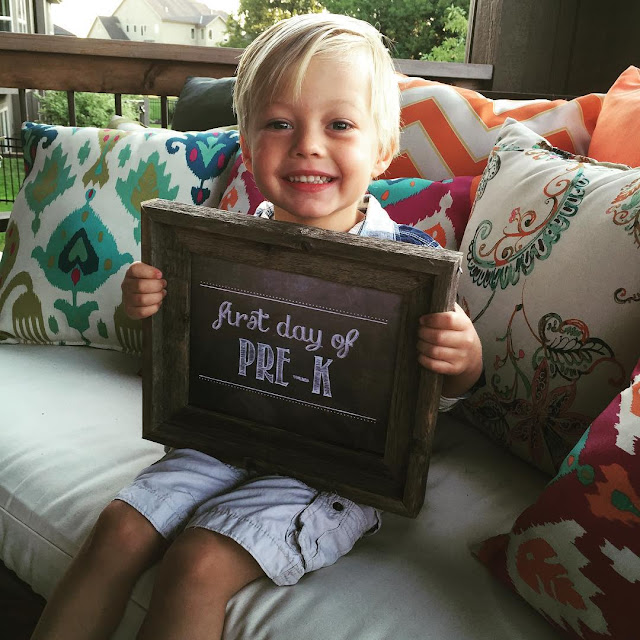 The whole way to school he kept repeating his teachers names---"Ms. Donna, Ms. Sharon and Ms. Jane. Right, Mom?" You got it down pat Logan.

We pulled up a few minutes late due to traffic---it's crazy how traffic changes once school is back in session. He jumped out of the car and was making a beeline for the door when I had to call after him to stop so I could capture one last picture before he headed through the doors at John Paul II. 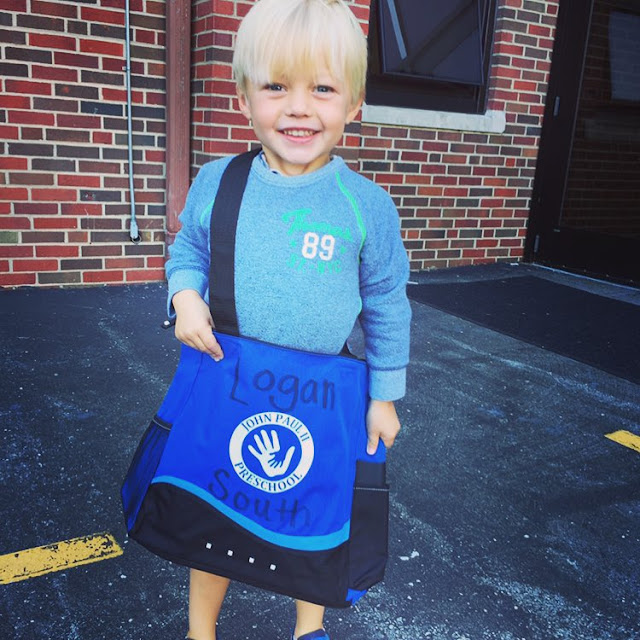 As we walked through the doors we heard kiddos crying. I instantly got a little worried that he wouldn't want to go. We walked up the same stairs that we had climbed day after day when dropping Kaden off and there in the hallway was a little girl that wanted nothing to do with pre-school. Logan walked on by and through the classroom door where he ran into 3 more kids that weren't having it. I focused his attention to putting his bag up and gave him the biggest hug and kiss and walked him over to the circle to join his other classmates. He beamed at me with pride and waved goodbye and told me he would see me in a few days as I was off to the airport for a work trip.

We FaceTimed that evening and when I asked him about his day he told me that he got to see Abby. Abby went to Ms. Brenda's as well and Kaden and Lily (her older sister) went to John Paul II together last year. He was so excited that he not only knew a little boy from his baseball team but now he had another friend. & he has been smiles every day since. This kid has found his element & is loving every single minute of it. Crazy how emotional I was with Kaden but with Logan, it was so different. I think it's because we've been through it with Kaden already and he saw Kaden have so much fun and he has been patiently waiting his turn. Well that time is here and he isn't looking back.
Posted by Kayla South at 11:36 PM