My sister-in-law is celebrating her 40th birthday on the 30th of this month and a birthday this big deserves a BIG celebration. She's not one to like attention so a party in her honor was out, surprise party or not and a night on the town just isn't her style--which I totally get and can appreciate it. But we still needed to do something.

Our Disney cruise had just fallen through so I threw out the idea of a girls trip after having reached out and spoken with one of her good friends. We both thought it was a great idea and we had our fingers crossed that Becky would too---luckily it didn't take too much contemplating on her end, she was in.

So we planned it. It would be Becky, myself, and our MIL Janet, Becky's mom and her sister, and then a friend and her mother---seven girls were headed to Cabo.

The only thing, it was the first full week of school for Kaden and Back to School night for the parents and Colton's first full week of school too. Kim's boys were starting first and second grade so she was going to miss their first day too. However, it was the only week that would work for all of us so we bought our plane tickets, booked the rooms and started collecting swimsuits, or at least I did.

Our flight was bright and early---well not so much bright---on Saturday. Adam and Becky picked up Janet and I at our house and then we headed to Becky's mom house to pick her up. We were loaded up and ready to go and then Adam announced that there was a problem, I thought the car had broken down, we had gotten a flat or something but then he proceeded to say that he had gotten us a limo and better yet, he had mimosas for us. Well done BIL, well done. 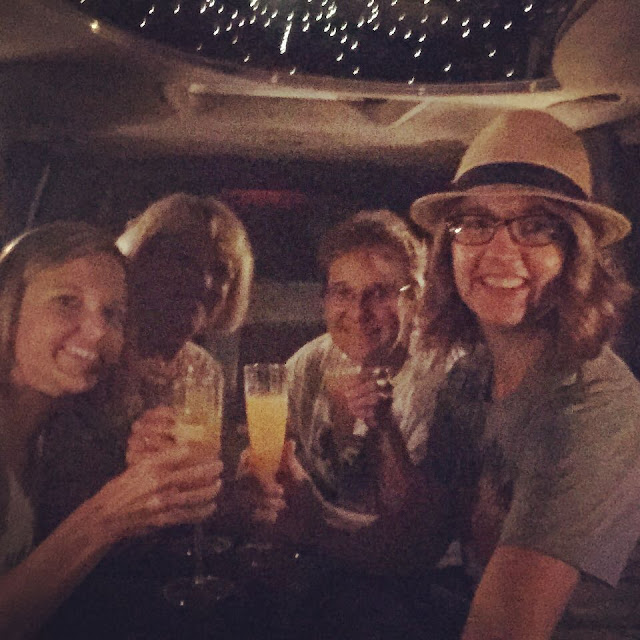 We arrived in Cabo just before noon but we weren't able to get to our rooms so we weren't at the pool until around 4 or 5 but we made the most of our first day and we started the second day off exactly how we would be spending the next 6 days---drinks in hand. 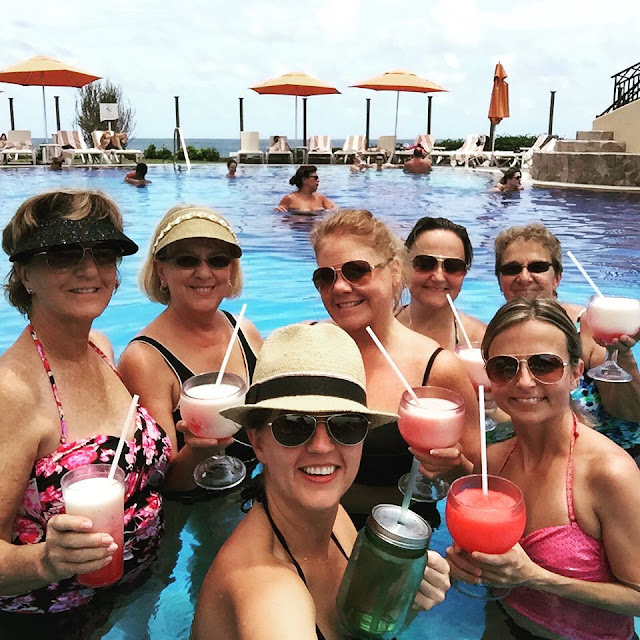 I packed enough running clothes for all week but only managed to run twice, once around the property at Pueblo Bonito Sunset Beach and then once in the gym. 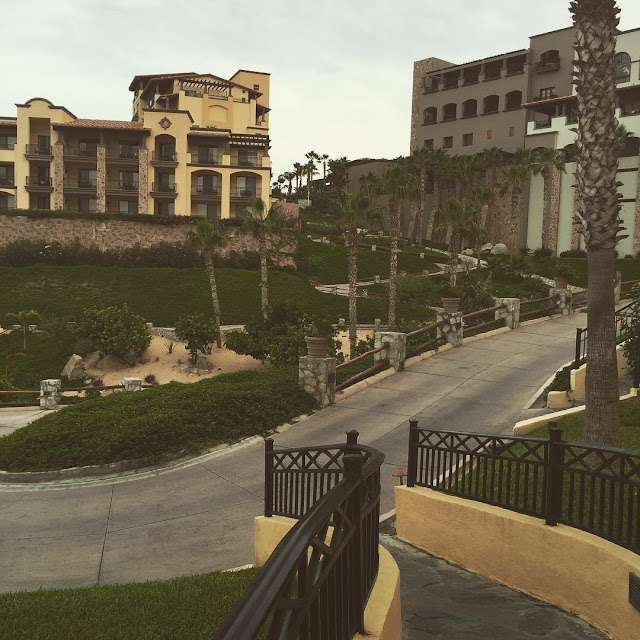 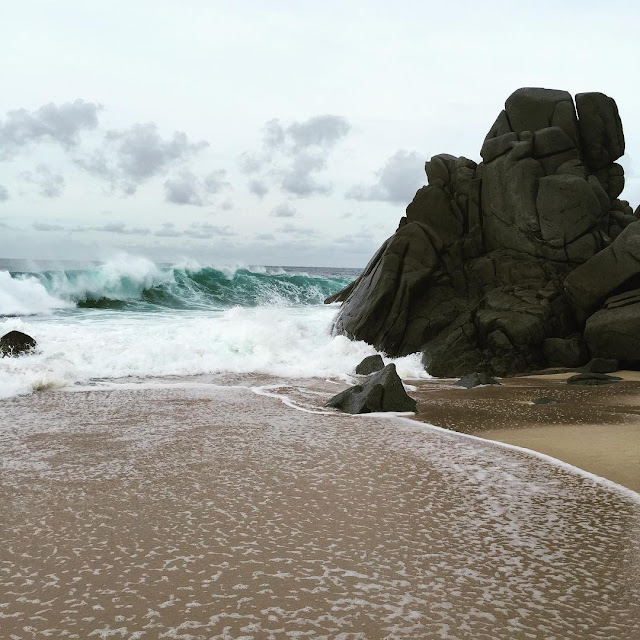 The beach at the resort isn't one that you can really utilize. We went down and captured a few pictures but the waves are too strong so there is no swimming and trust me, I'm wasn't the least it upset after seeing the power and height these waves had. Although feeling the ocean on my feet felt pretty amazing and I can think of worse ways to start a Monday. 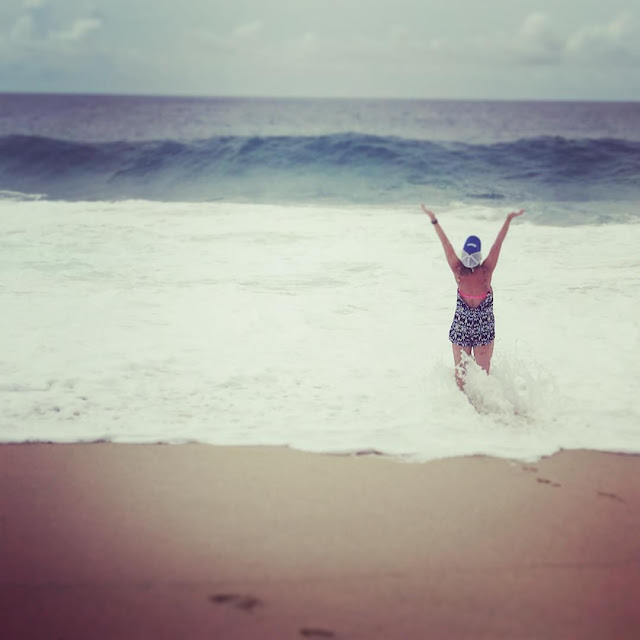 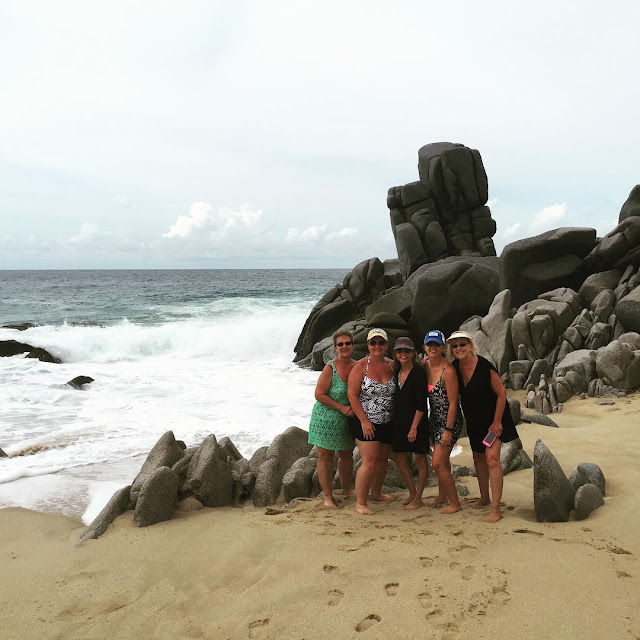 And a 40th birthday celebration at the beach wouldn't be complete without our own celebratory cups--we needed something that was pool friendly that could keep our drinks cold. If you are thinking that you need something similar check out The Shop Around The Corner 3. 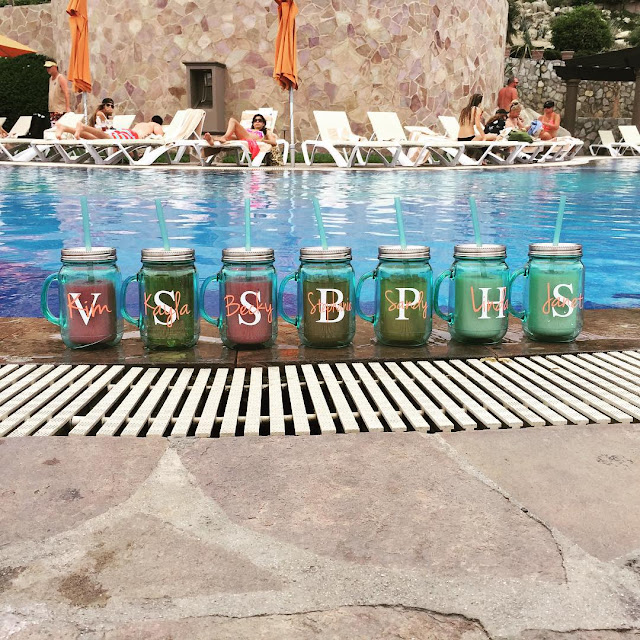 We did a little shopping and visited Cabo Wabo. 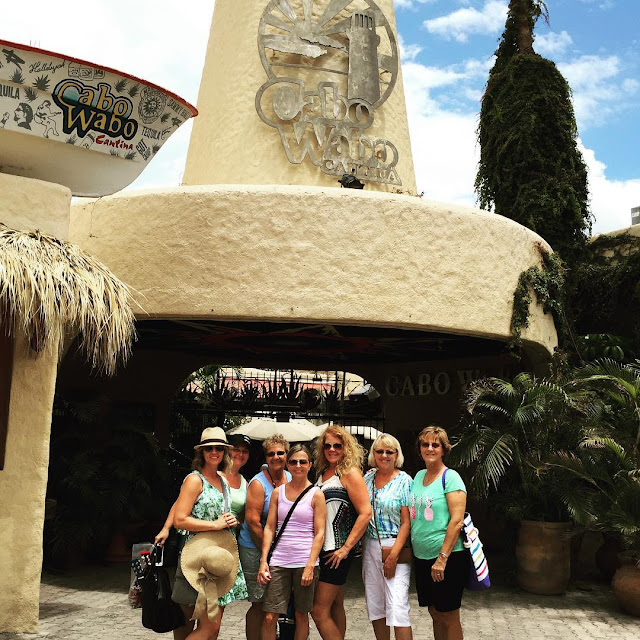 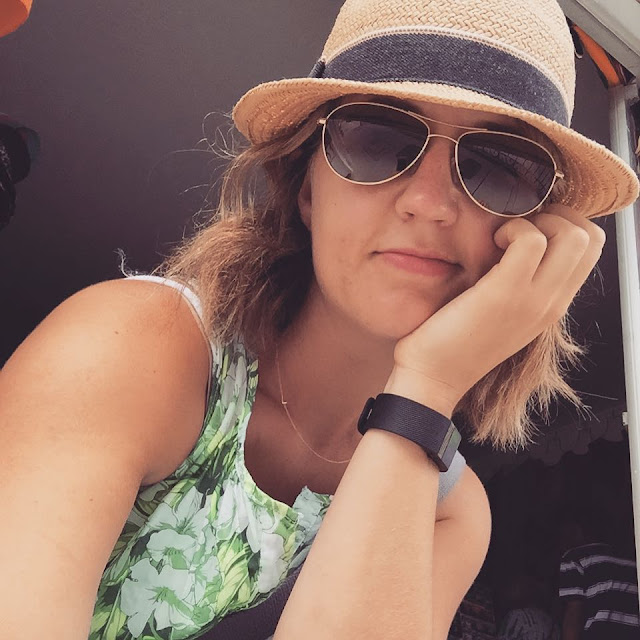 We hung out all day and most of the early evenings at the pool enjoying happy hour, playing Cards Against Humanity, getting random people to dance as they walked by. 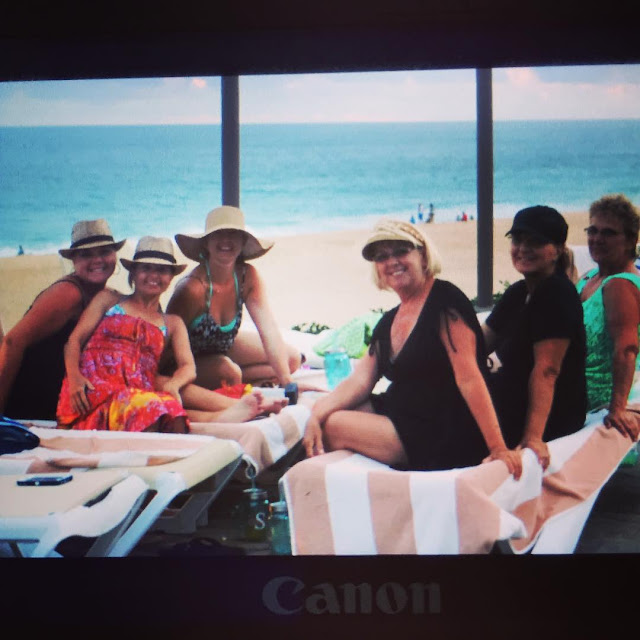 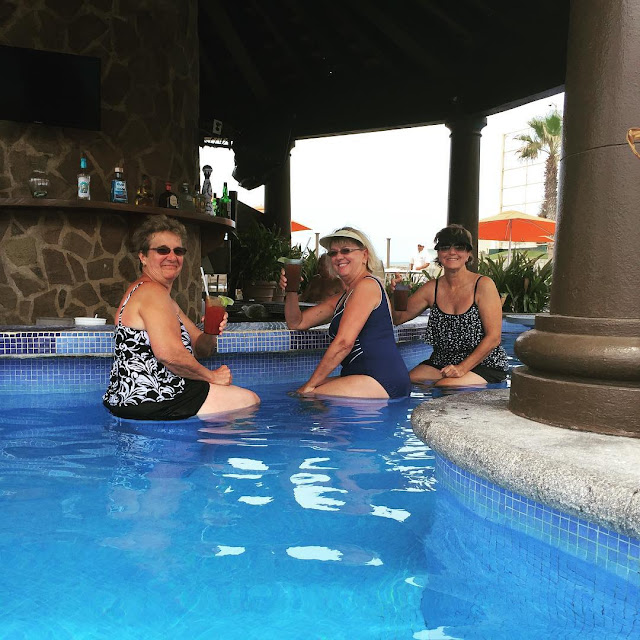 I got in some light reading, first with Paper Towns and then Stephanie loaned me Grey as she blew threw it in 3 days. It was quite the page turner and I would highly recommend it & don't tell my mom it doesn't have a single thing to do with a western, she may be disappointed. 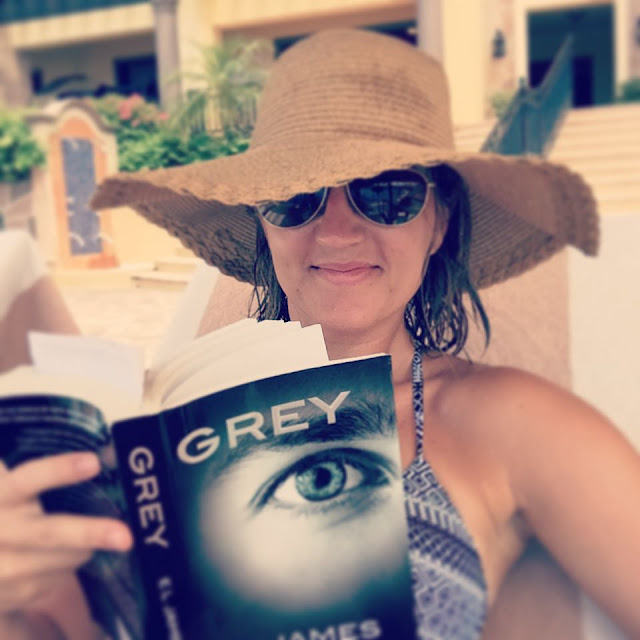 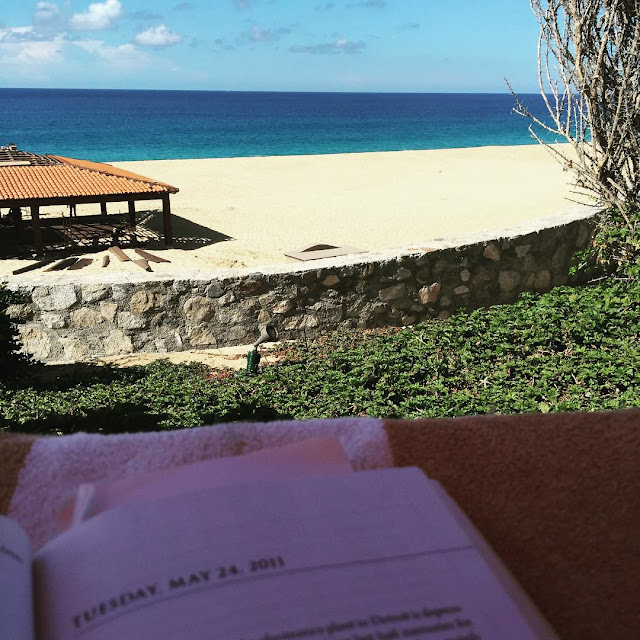 We swam with dolphins---we had a few people in our group who were a little nervous about it but by the end of our time with Poseidon and Audrey, they were ready to do it again. 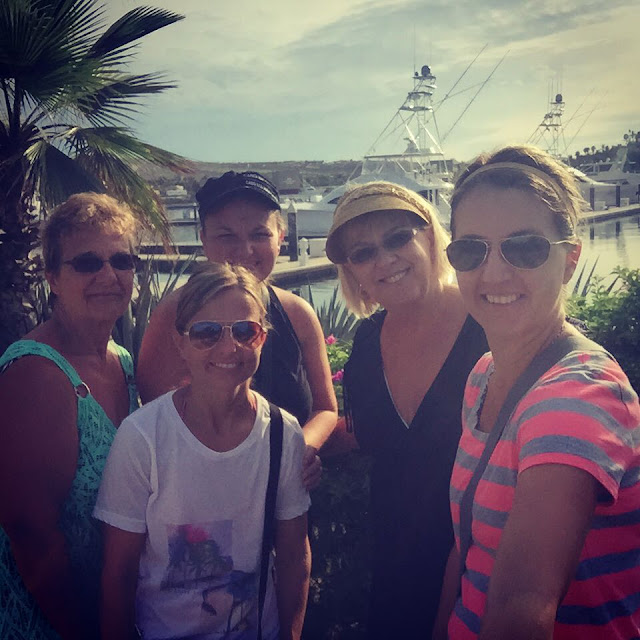 We toured the #1 golf course in the country---surprisingly, it isn't that expensive to play here either. 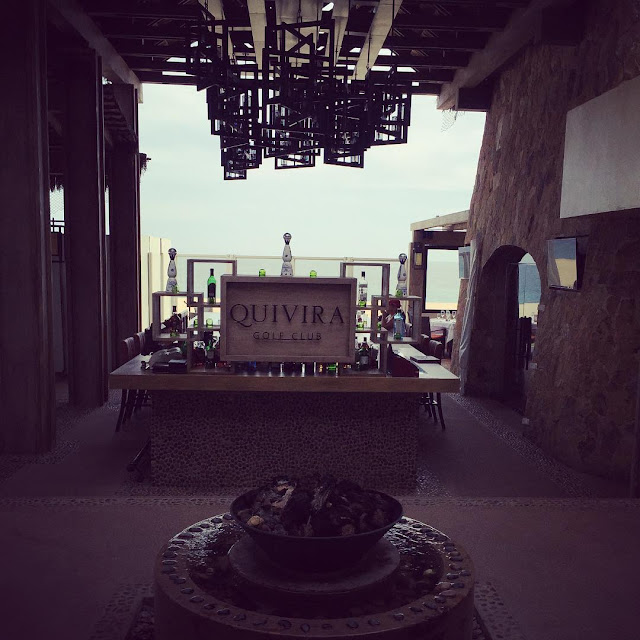 And we made it over to Lover's Beach or Divorce Beach or the Arch, whichever you want to call it. The beach here was a little bit calmer than at our resort but it was a LOT busier. We were headed out to the Office--which we have heard wonderful things about but was closed for two weeks so we headed next door to the Mango Deck. 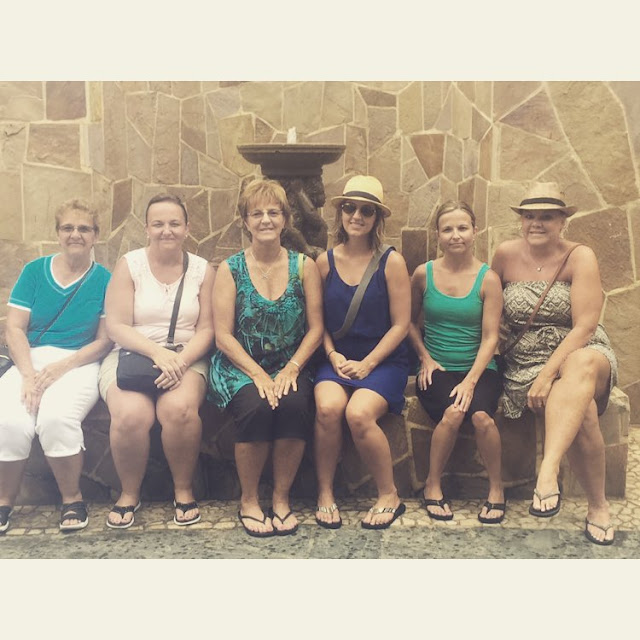 We arrived at the Mango Deck just in time for a wet t-shirt contest and lots of jaws needed to be picked up off the floor. & the next thing I knew, the DJ was announcing a birthday in the house for Becky and I immediately looked at my MIL and told her Becky was going to kill her. They led Becky down right in front of the stage, gave her a piece of cake and then we all sang Happy Birthday to her & luckily, that was it. We were all a little relieved. 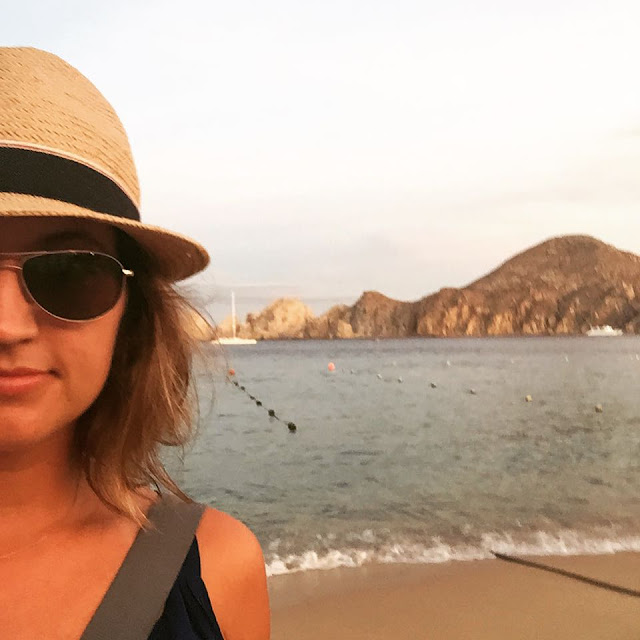 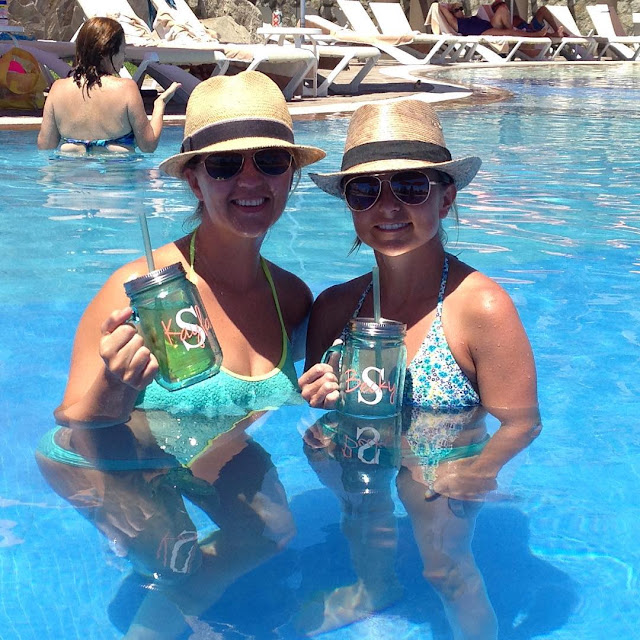 We had such a wonderful time celebrating Becky and all of her glorious 40 years. & as much as I enjoyed the time away with the girls--only having to worry about myself---I was so ready to get home to my boys and my hubby. Seven days was a long time without getting to see their faces or to really talk to them and to love on them. I'm not saying that I won't ever go on another girls trip but the next trip I go on will be with my boys, all three of them. Till we meet again Cabo. 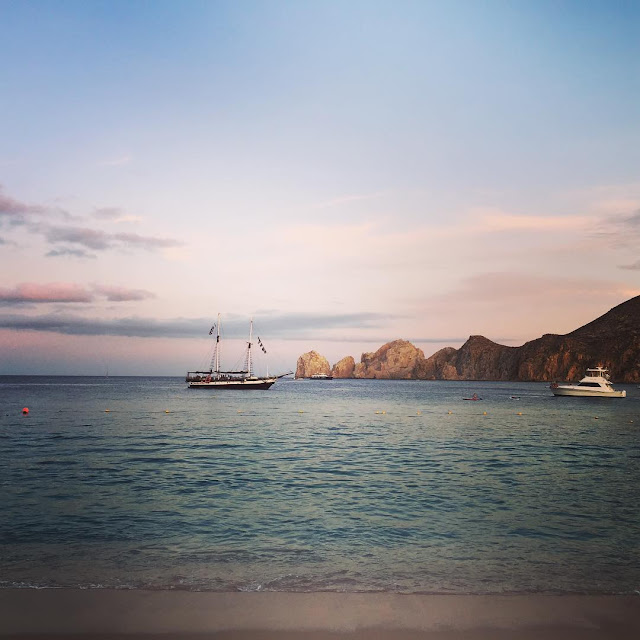