About a month ago my mom called with the idea of the kids visiting her and my dad for a week. She said that their church, C3--Carterville Christian Church--was hosting their VBS & she would like to take the boys. I'm pretty sure that I was jumping on board before she had finished her sentence. I mean, don't get me wrong, I love my boys but Justin and I certainly could use some adult time & the boys don't get very many chances to spend extended time with my mom and dad, especially when I am not with them. So it was set.

The timing worked out perfectly. I had a week in town with no travel and we were already planning on heading down to my mom & dad's for Madison's third birthday celebration the following weekend so there weren't really any extra trips down 49 that would be needed. While Justin played golf, I drove and met my parents at the halfway point--Butler. 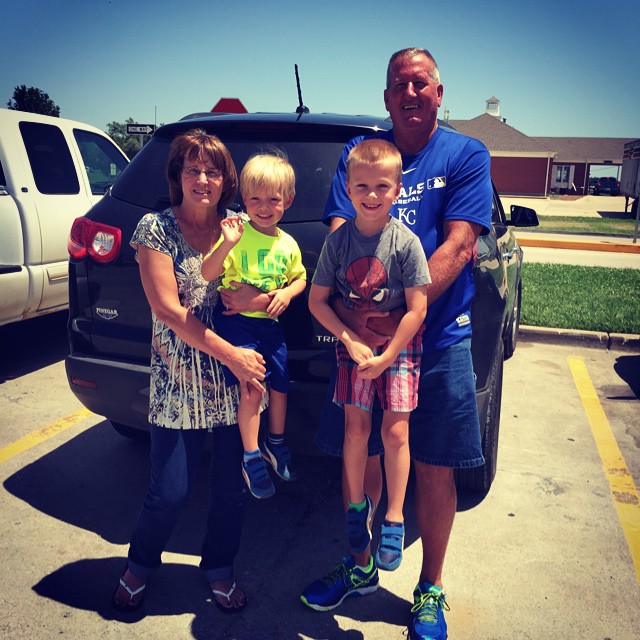 My mom was a little worried that the boys wouldn't be able to go the whole week without me but I had no doubt they would do just fine. As we were pulling into the gas station they located Grandma Sara's car and shrieked in excitement. We came to a stop, they jumped out and ran into Papa's arms. They followed him into the gas station for some sort of treat & Mom and I unloaded the car and switched the car seats. It looked like the boys were going for a lot longer than a week but that's par for the course when I am packing.

I stood there as they drove away and although I knew my mom and dad could handle things, that wouldn't change the fact that I would desperately miss the boys. The honked and waved, I cried. 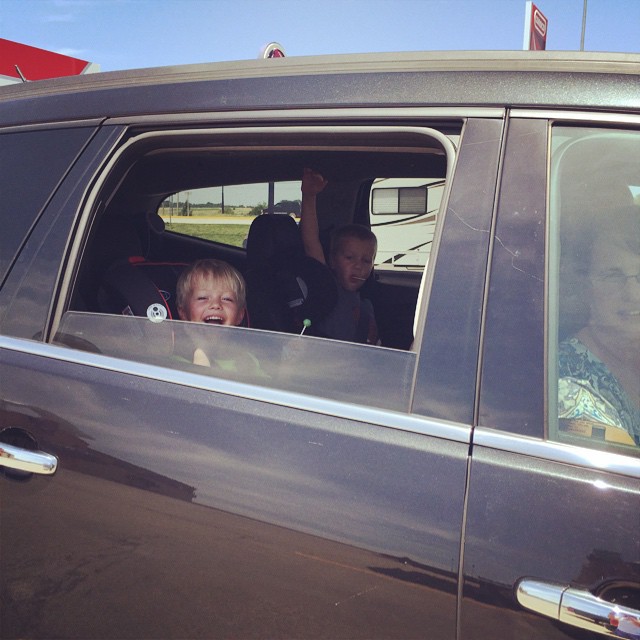 As I jumped back into the Yukon, I happened to look down and noticed my insurance card and the medical release form. Oops. I quickly dialed my mom and told her to pull over at the next exit and I scurried down 49 to hand them off. Now, they had everything---fingers crossed.

I made one last call to my mom and reminded her that I needed frequent picture updates & that she better get comfortable with Instagram or Facebook. She laughed.

Justin and I had some huge plans for the week. We were planning on eating out at a different restaurant each night and falling asleep as early as humanly possible. As I pulled back into our driveway, I noticed he wasn't home so I made my way to the pool. It was certainly odd being at the pool with no kids to watch. I turned on the Royals game and relaxed until Justin got home and joined me. Then it was off to Asa for some sushi. & honestly, we broke our first rule on night one, we have eaten at Asa a number of times, it's one of our family favorites but almost always we eat Hibachi style and never sit at the sushi bar---not this night.

Sunday night was probably the hardest night, I have a routine. I put the kids to bed--more times than I would probably like since I can't say no to the "one more minute" request---and then I finish a show that I have DVRd in bed, or the Royals. Before shutting off the light, I head back in to tuck and kiss each of the boys one last time. I started to pull the covers back and then quickly realized there wasn't anyone to tuck in. & as quickly as I realized they weren't there to tuck in and to kiss good night again, I knew my mom was happily filling in for me.

I got to work, worked my way through some emails and then texted my mom. "Can you FaceTime?" Nope--visiting cousins was her response and as bummed as I was, I knew they were having a blast getting to meet some of their cousins from NJ for the very first time. 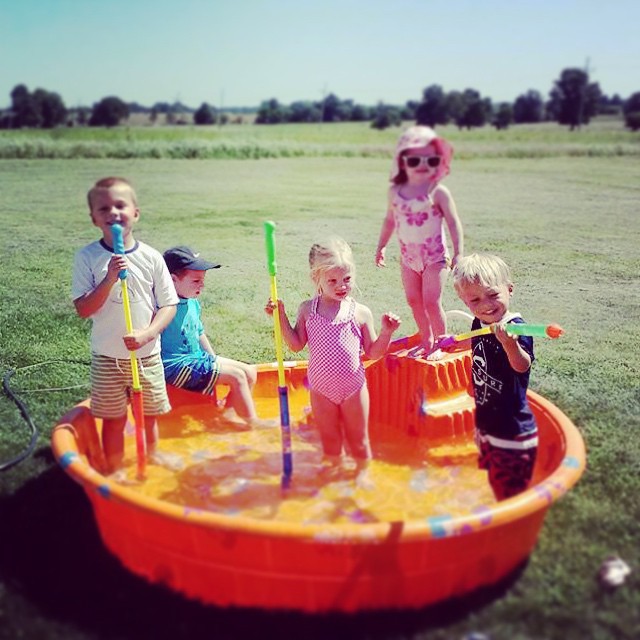 A few hours passed and my mom sent me a text and then I saw their faces. They didn't talk long but a few "I love you soooo much" were shared. They laughed and had stories of the farm and then they were off and back to work I went.

Monday evening it was back to Asa & this time around we scored our first sushi boat. 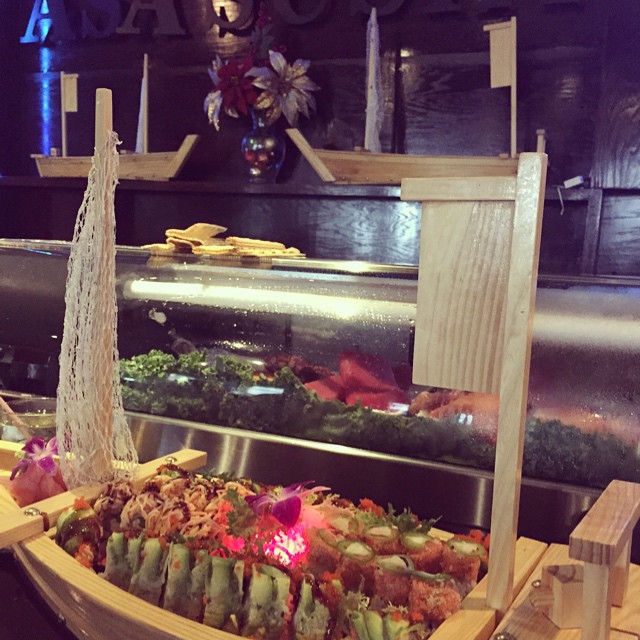 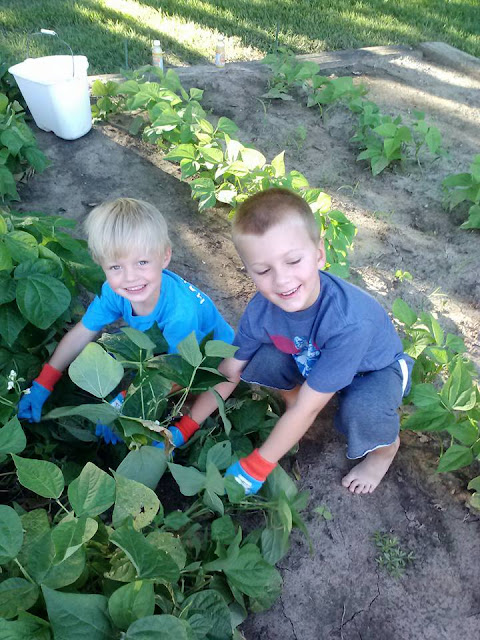 We spent the evening at the pool. 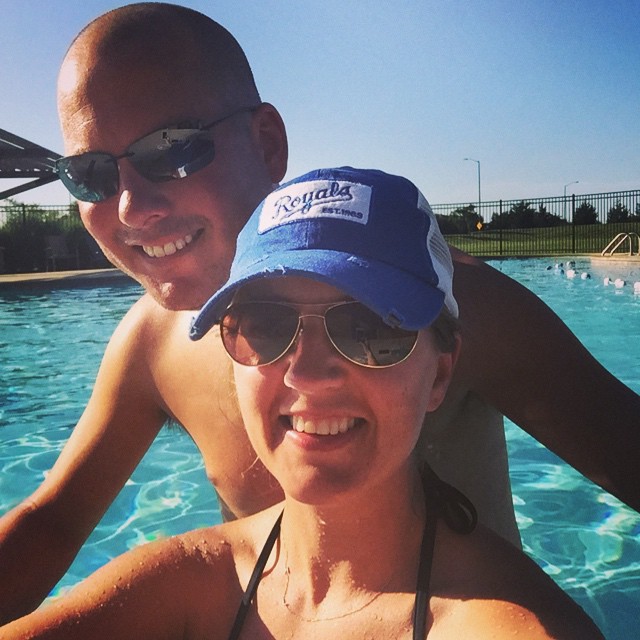 Wednesday the boys did more of the same and added shucking corn to their chores. We headed out to Top Golf with the Walshes for a two hour wait for a bay. & from what I understand, two hours is really nothing when it comes to what the wait could have been. Luckily we hadn't ate so we grabbed dinner there and as we were finishing dinner the bay opened up. I'm not a big golfer but I know how to swing a club or two & really enjoyed myself. You won't see me picking up my clubs and getting 18 in but I would totally go back and do Top Golf any day. 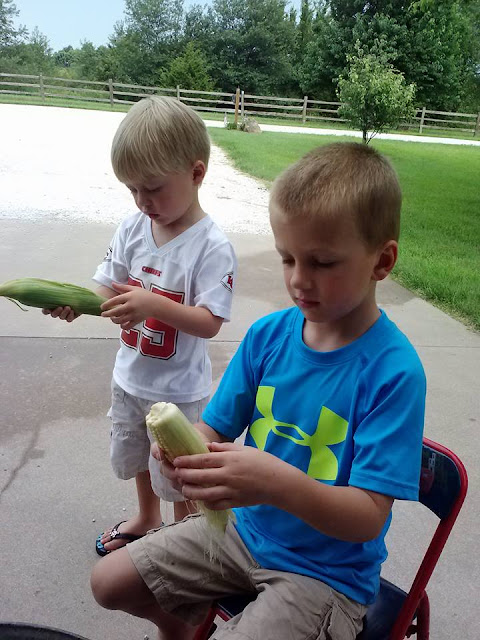 Thursday the boys went swimming at Aunt Kelly's house while Justin and I attempted to go somewhere downtown but ended up trying out Austin's which is close and just opened their doors. 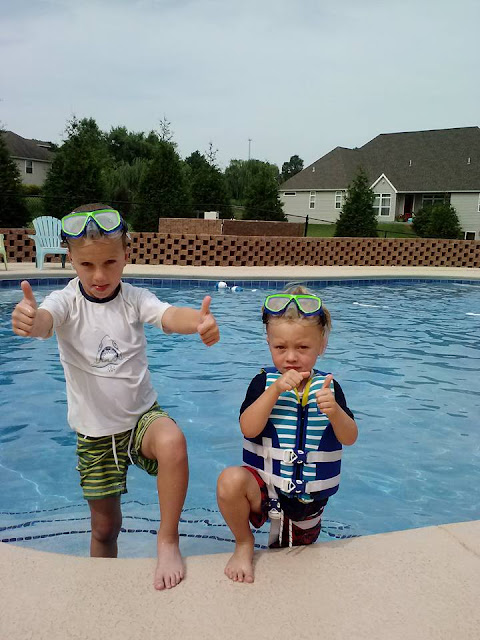 That evening we FaceTimed the boys, they were having ice cream, well frozen yogurt. They both told us how much the missed us but you could tell they were having a great time and weren't "needing" us. They told us all about their VBS experience and Kaden even said it was his favorite part of the week. Of course both boys won over the volunteers at VBS---how could they not. They showed us each of the items they had made over the week and Logan with the help of Kaden recited his bible verse for the week. I love not only the fact they know that Jesus LOVES them but that they LOVE Him just as much. 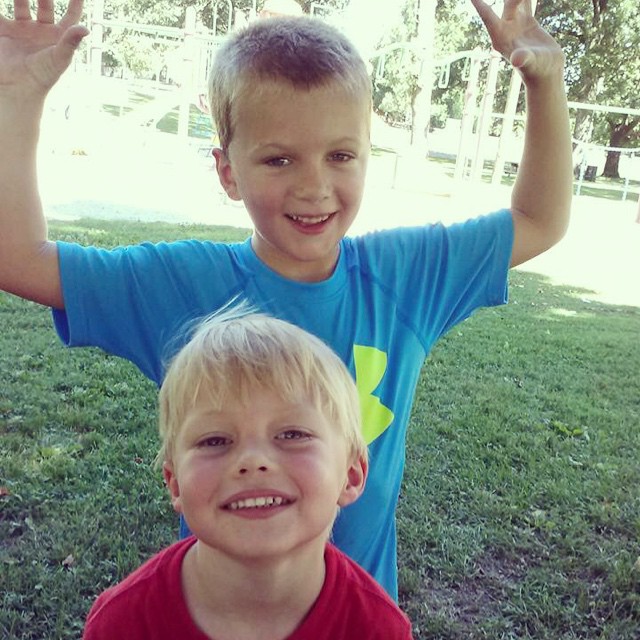 That evening I laid my pillow down and thought about how great it will be to wrap my arms around them both the following day. & let me just say, Friday DRAGGED on. I was super busy at work but the clock wasn't moving! Finally I got the call from Justin that said he was finished and ready to meet at his mom's for doggie drop off. I was giddy the entire drive down & the car was barely put into park before I was jumping out and running into my mom and dad's. The boys shrieked as they heard us walk in and ran & jumped into our arms. Best hugs yet. & when Logan asked to snuggle with me that night, I didn't have to think about that answer either. 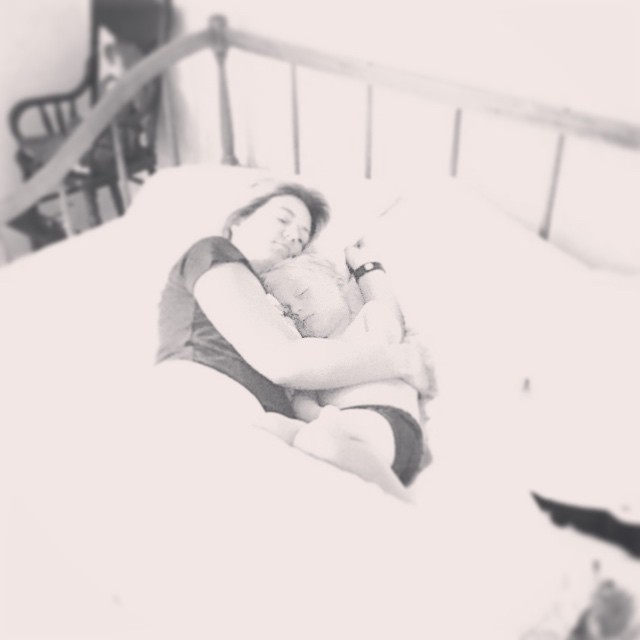