The other night Kaden and Logan were wrestling. I don't like it when they wrestle. They don't tend to listen. On this particular night they were playing with their lovies and pulling each other around the room by each holding on to one end. Kaden for some brilliant reason decided to put his lovie in his mouth and Logan began to pull him, only he couldn't and the lovie came flying out of Kaden's mouth and Logan flew backwards on his butt.

Why does this matter, you may ask? Well, Kaden's tooth that was somewhat loose, was really loose now. So loose that you could see the back of the tooth when you wiggled it forward but not loose enough to be able to wiggle it backwards and for it to pop out.

He wasn't letting me get anywhere near him to pull it either. So we waited. And waited. Each day I would tell him to keep working on it---to twist. To wiggle it with his tongue. His finger. To wiggle it from side to side. But nothing.

Justin and I had to go as far as cutting his food up like a little baby so that he could actually eat because each time he tried taking a bite, he complained his tooth hurt! PULL IT ALREADY!

After 5 days of wiggling and checking, he put his lovie back in his mouth and for some reason pulled at it again and out the tooth popped. And landed on the floor. Not at the bottom of the lake. He was pretty stoked about his accomplishment. We were too. 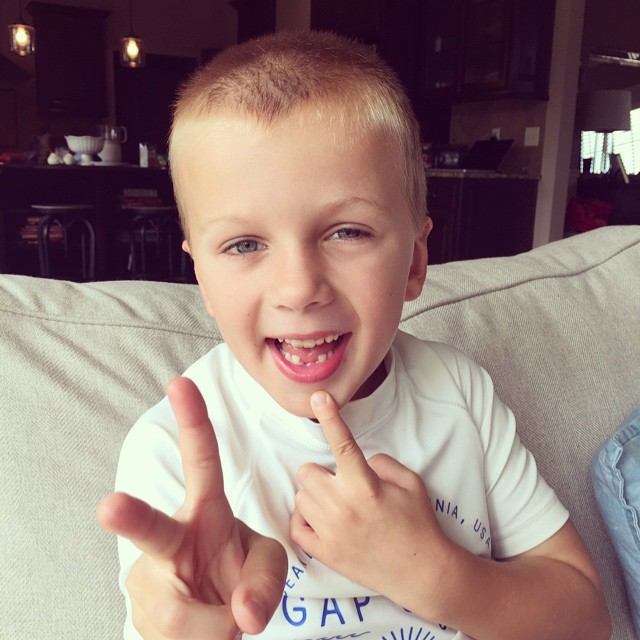 It took him barely two seconds before he had his tooth in a baggie and "in" his pillow. I had to explain that he needed to put it "under" his pillow so that the Tooth Fairy didn't have to search for it and would find it right away.

This particular night was a very late night for our family and the Tooth Fairy almost didn't make it in time. Kids were keeping her busy and she ended up having so many more teeth to pick up on this particular night that she ran out of fairy dust and had to borrow some of mine.  I was happy to share. & the follow morning Kaden was super stoked that she had left TWO DOLLARS. I guess the Tooth Fairy has decided to leave a $1 for each tooth which makes it super easy for us to keep track of how many teeth he has lost. Such a smart Tooth Fairy! 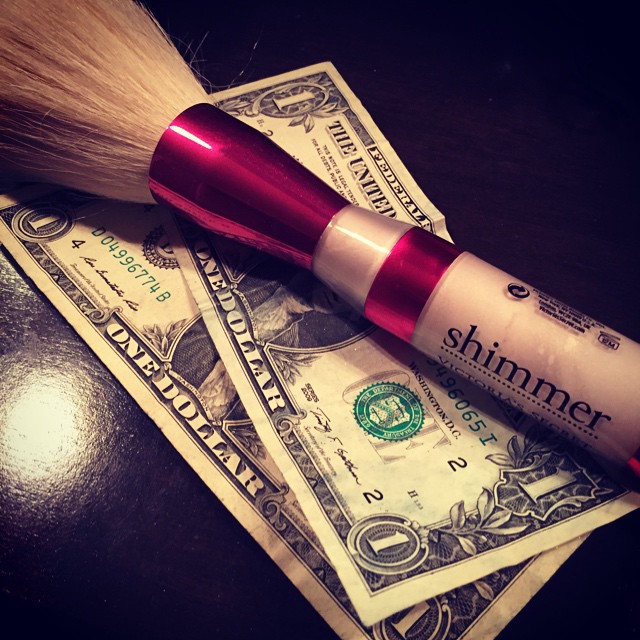